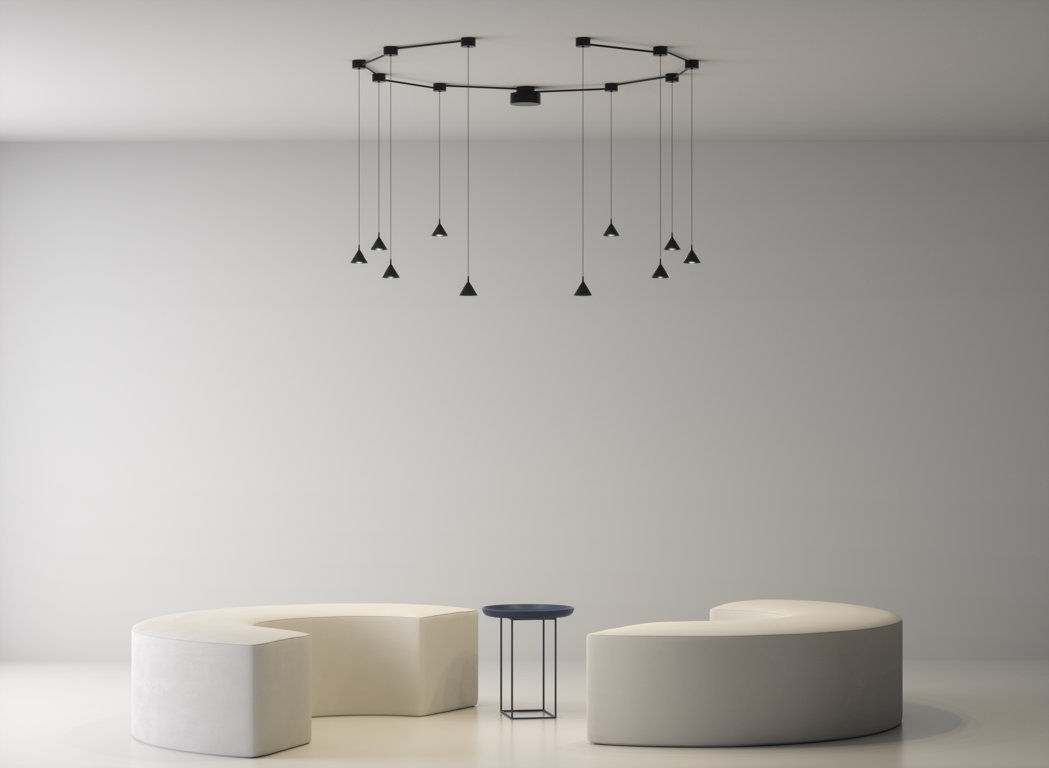 Axolight launches Pivot, the new revolutionary linear and modular ceiling and pendant lighting system born from the collaboration with Japanese designer Ryosuke Fukusada, one of the most exciting designers on the contemporary scene, who has already designed – for Axolight – the Alysoid lamp.
From the encounter between Axolight’s constant technical research, with the essentiality and formal cleanliness typical of the Land of the Rising Sun, comes the Pivot lamp, the new protagonist of a deco-tech interior, where aesthetics and functionality intertwine, giving rise to contemporary, innovative, extremely functional and emotional decorative products.
“Ryosuke Fukusada, with his idea of Pivot, has led us towards a mathematical dimension of design and light. In algebra, the pivot is in fact the element that makes an algorithm work,” says Giuseppe Scaturro, CEO of Axolight. “The beauty of Pivot lies in the infinite stylistic and luminous possibilities it allows us to create, while using a single point of light”.
Ryosuke Fukusada’s artistic philosophy – which stands out for its extraordinary ability to combine form and lighting practicality – has thus succeeded in imagining a decorative lamp for interiors, despite the extremely technical and architectural nature of the project.
“It all started when Axolight commissioned me to work on a new idea for a ceiling lamp. Emotion, modularity, linearity were some of the key words of the new project” says Ryosuke Fukusada. “So I started to design a set of tubes branching off from the light sources. The first drawing reminded me of a term, both mathematical (Gaussian!) and sporting, often repeated by my basketball teacher: pivot. In basketball, a pivot is a movement that allows one leg to rotate freely using the other as an axis. So I thought this could also be applied to ceiling lights. The aesthetics of this lamp were also inspired by the hishaku, a water ladle made of bamboo or wood used in Japan to wash one’s hands and purify oneself before entering a shrine. It has a simple, slender and iconic appearance, which is surprisingly in keeping with my idea of form and function for the Pivot lamp.
In its ceiling version, each lamp in the Pivot system is characterised by three load-bearing and united elements: a small cylinder, whose shape recalls that of the Japanese hishaku, which contains the LED source and a lens, two rotating rings (each just 1.5 cm high) which, arranged one on top of the other, allow, thanks to an inlet hole, the interconnection of each individual light source to two tubular metal conduits, thus creating a modular and linear system. The total freedom of rotation of the two overlapping rings allows the system to create infinite geometric shapes and to bring light wherever you want.
Pivot thus becomes a structural element of the space with which to “play” and define environments, both from a lighting and architectural point of view. 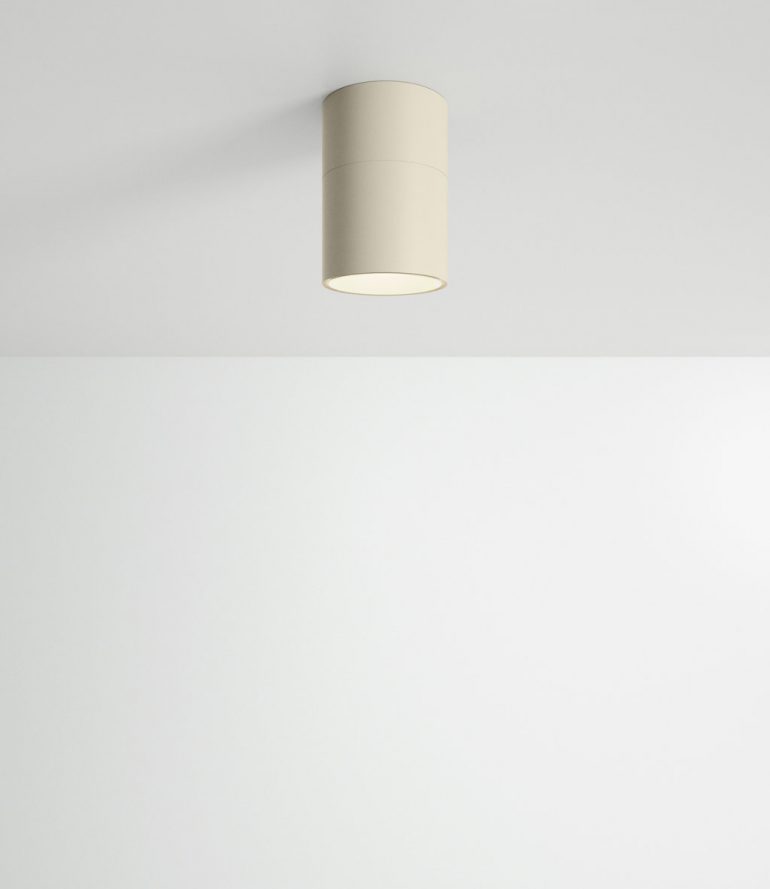 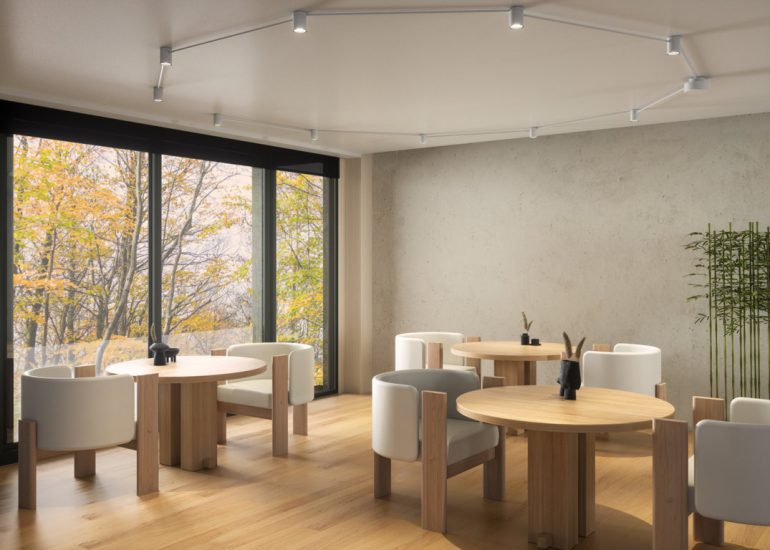 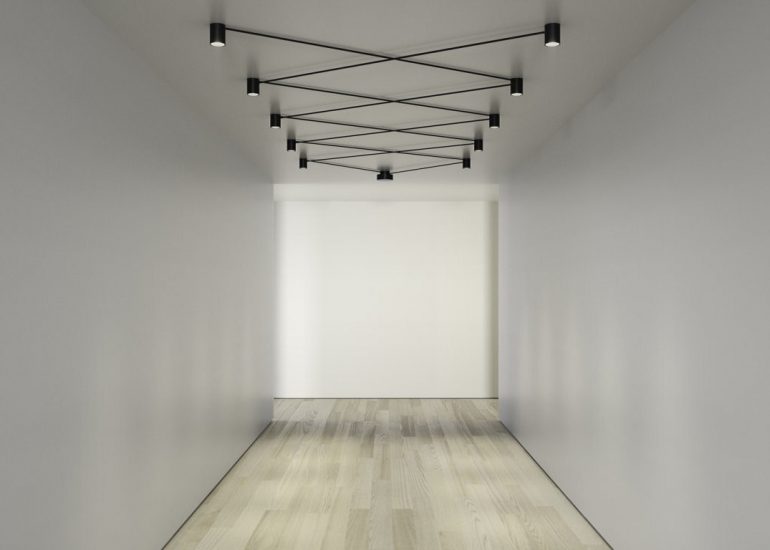