The Casa Bunker by Cini Boeri

In 1966, when the construction site for the Cini Boeri “Casa Bunker” opened in La Maddalena, the coastline of northern Sardinia was suspended between the torpor of a pastoral past together with an insignificant amount of maritime trade and a future of exclusive tourism that would soon descend into kitsch. The early summer explorers from Rome, Milan and England that came to the island called upon the services of many good professionals of the time to design their luxurious pieds-à-terre: besides Cini Boeri, who also created the “Casa Rotonda” (1966-1967) and much more recently “La Sbandata” (2003-2004), other sophisticated examples of interpretation and integration were inserted into the Gallura and Sassari landscapes by Roberto Menghi, Alberto Ponis, Umberto Riva and Marco Zanuso.
The “Casa Bunker” is one of the most famous products of this understated colonization: the building literally sits on the rocky cliffs of the Golfo dell’Abbatoggia, where the differences in height are not smoothed over but rather reflected in the different dimensions of the interior spaces; its tapered volume which is both primitive and alien at the same time, covered in a dark grey plaster that is reminiscent of ships’ paint, is an enigmatic presence that becomes one with the Mediterranean vegetation; the C-shape layout protects the central patio from the prevailing winds that are very strong here; the sea is a few metres away, because at that time there was still no regulatory legislation.
Images of very different bathing worlds overlap in the summer of 1973 between the militant pages of Piera Peroni’s Abitare, who gave as the title of two profound monographs the (not rhetorical) question: “How was your holiday? Bad, thanks. But why?”

Tourism has become a mass phenomenon and the coastlines are paying the consequences, while the Ligurian conurbation has expanded unchecked together with cities along the coast in Romagna and Versilia. In a few years, the utopia of a privileged relationship with a quality landscape for a select few when confronted with the democratic necessity of quantity has turned in the anti-utopia of reckless and uncontrolled building speculation.
The urgency caused by this increase in numbers is the most obvious factor in this dramatic transition, but not the only one. Curiously, it was the neurologist Renato Boeri, who split up with Cini precisely at the time of construction of the “Casa Bunker”, who shifted the focus of attention from the results of the phenomenon (millions of cubic metres of sea view condos) to his cause, asking readers to pose the question “What is a holiday?”. In his view, the Italian coastlines had become transplanted cities because the role of the holiday as a time of freedom had been misunderstood, a time where people could reinvent themselves and their habitats, and “act outside the usual rites”. «So let imagination come to power, at least for a month!».

If, at first sight, the “Casa Bunker” is simply the refined solution to an easy and very specific programme (the second house for an upper middle-class family), Boeri’s psychological approach justifies a more complex and generalizable interpretation. That same “traditional family” can experiment here with a novel mode of communal living: its members can enjoy an unusual level of privacy in four independent groups of rooms with bathrooms; they can meet in the shared space and central space of the patio; they can get lost in nature without the knowledge of the other guests thanks to the independent access to each room or enjoy the cliffs which press up against the ramparts of the villa, in continuity with the domestic interior. Thus, in the bunker the conscious construction of the coastal landscape coincides with a potential holiday ethic, in a delicate balance that precious few will be able to emulate in the years to come. 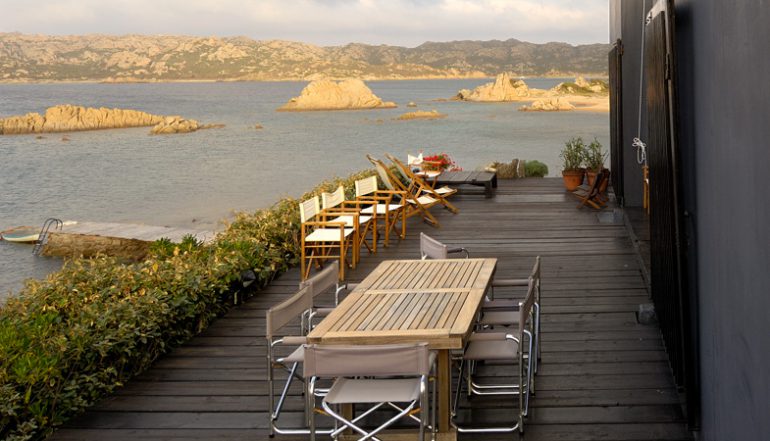 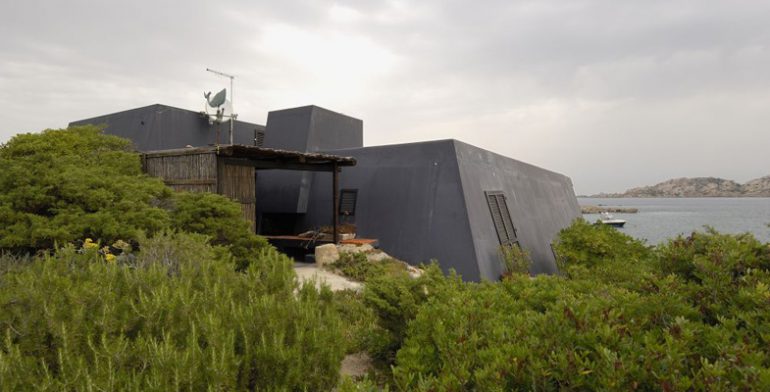 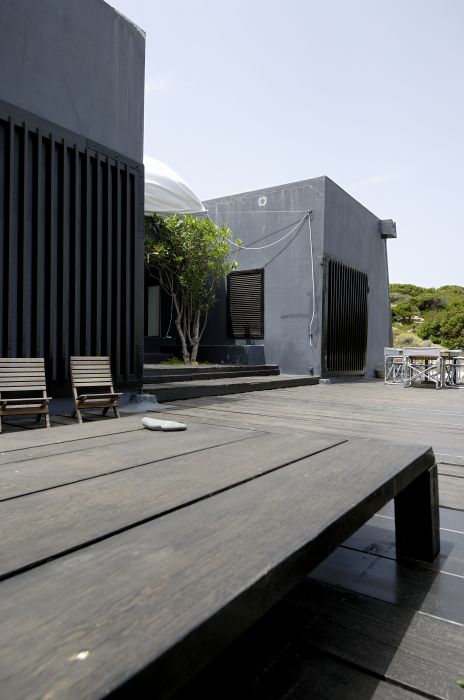 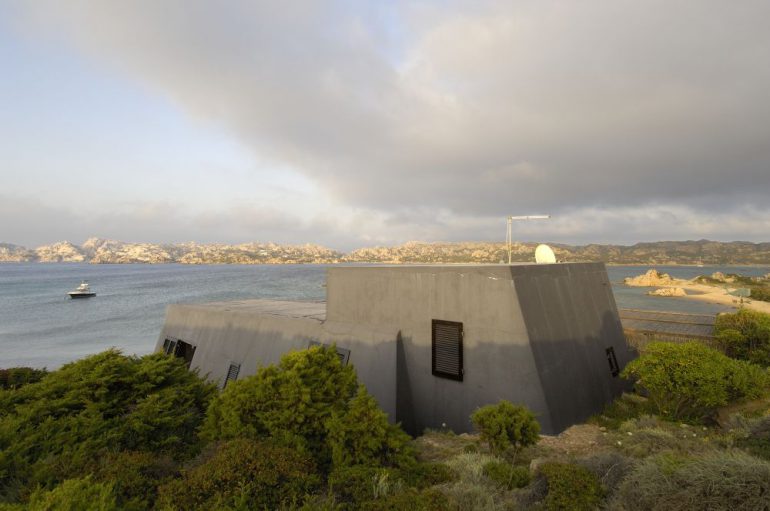 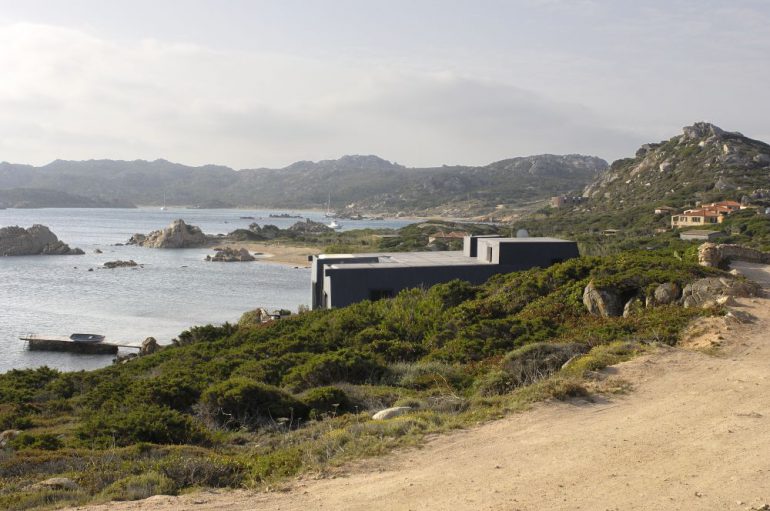 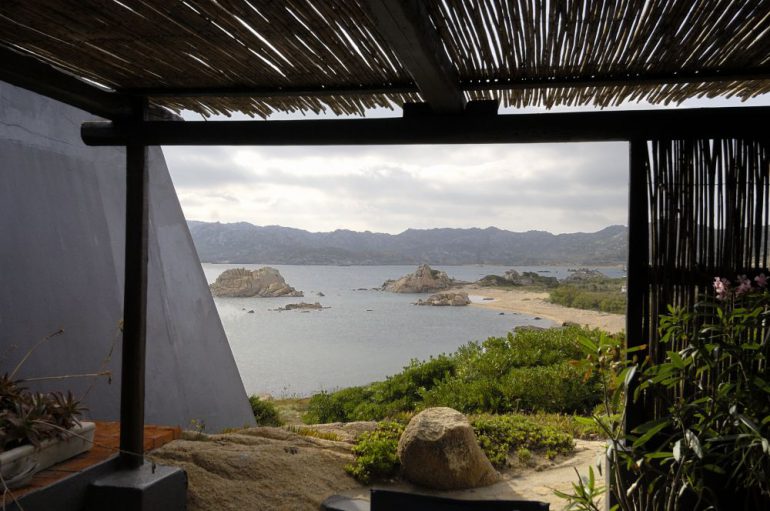 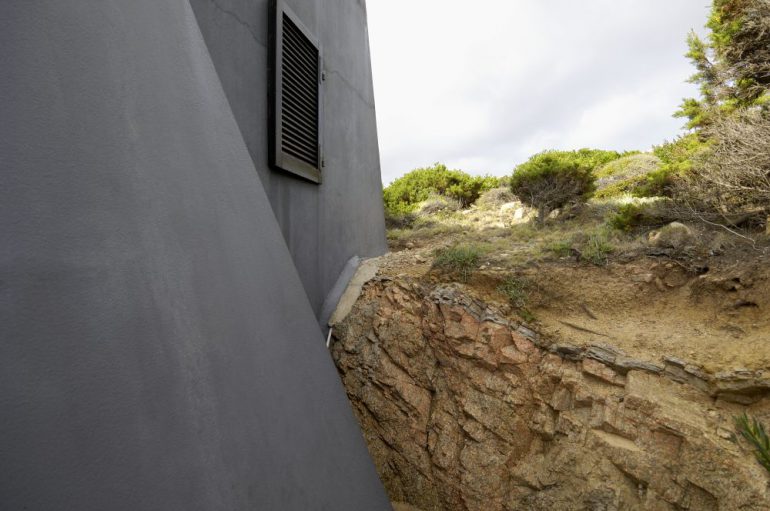 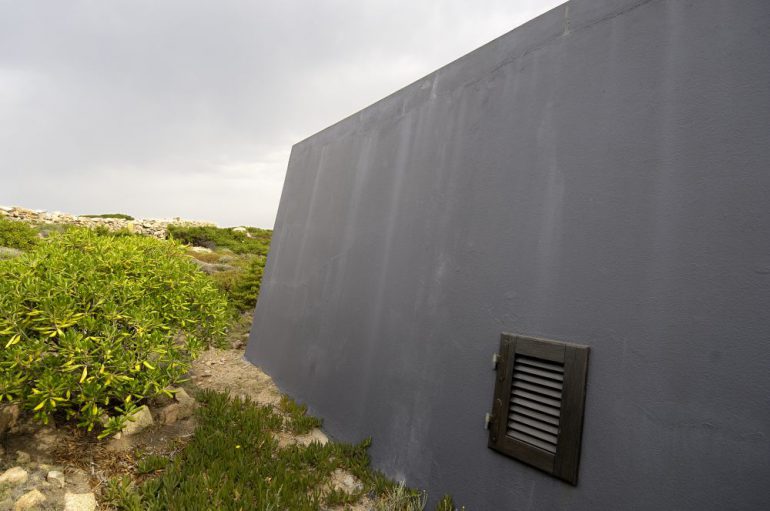 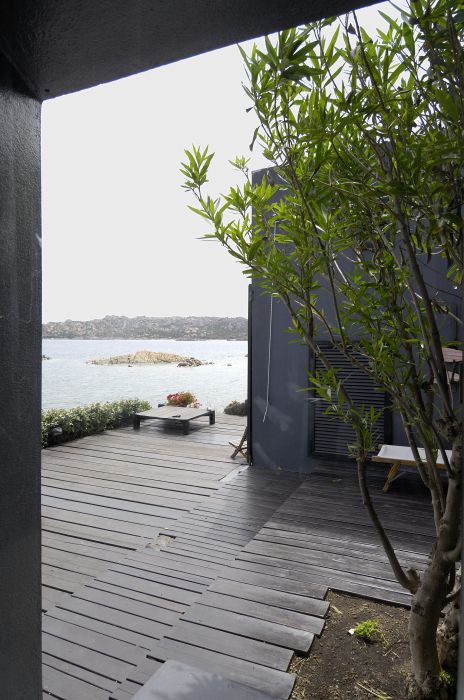