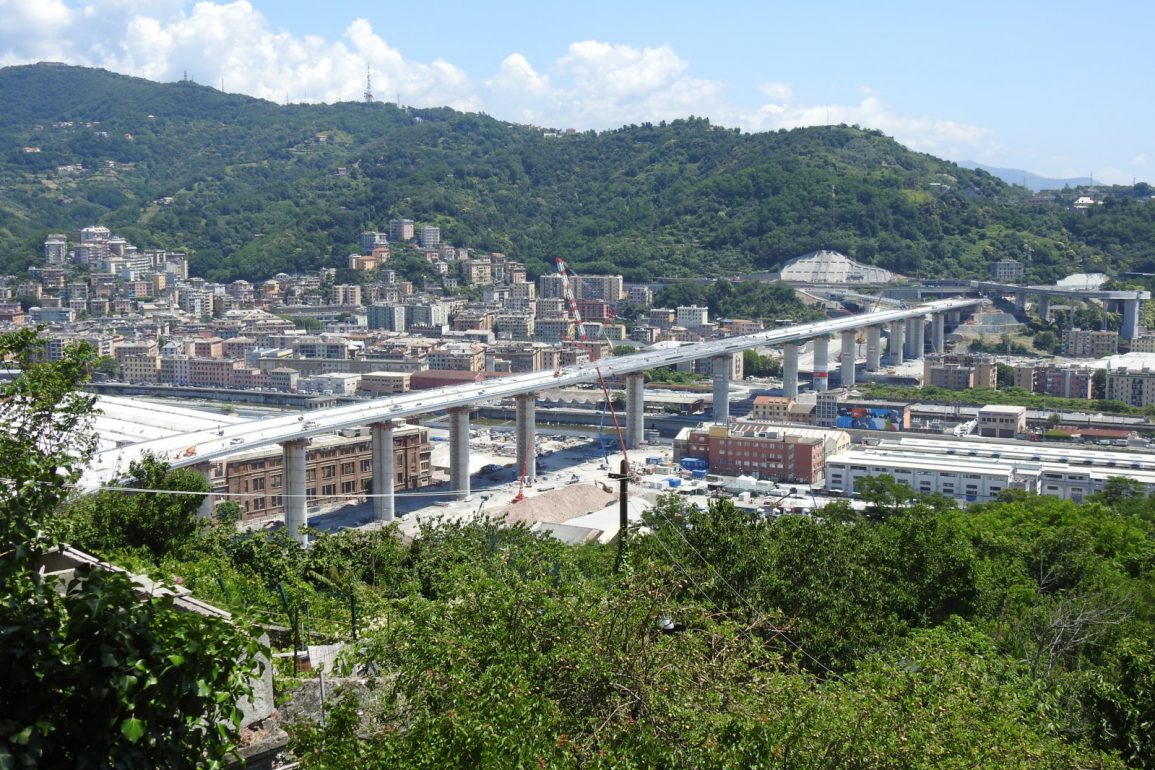 The new viaduct over the Polcevera (now Ponte Genova San Giorgio), designed and donated to the city by architect Renzo Piano, will be inaugurated today, August 3 at 6:30 pm. The new structure, 1,067 meters long, will replace the historic Morandi Bridge following the collapse of August 14, 2018, a tragic episode in which 43 people lost their lives.
Following the events, the prompt intervention of the mayor Marco Bucci, appointed Extraordinary Commissioner for the Reconstruction of the Bridge, allowed the demolition and the rapid start of the reconstruction works of a new viaduct that could once again connect the two parts of the city.
Each of the players involved in the design and construction phases – the PerGenova consortium, made up of Fincantieri Infrastructure and Webuild (formerly Salini Impregilo), Renzo Piano, author of the architectural and lighting concept, Italferr, executive designer, and finally Rina Consulting for the supervision of the works – brought their specific skills to bear, concluding a bridge designed to redesign the Superba skyline just 13 months after the first foundation was cast.
Borrowing the words of the architect and lifetime senator Renzo Piano, in the new bridge “there is the taste of a first beautiful thing after so much tragedy, of a reward. And there is the sense of a lesson: bridges cannot and must not collapse. And this is already part of the valley, it will be landscape and life, it will not speak of us who have done it but of those who will pass over it and those who will walk under it. I already feel it loved and cared for by future glances“.

Crossing the anthropized area of Val Polcevera, the new bridge would have taken on the character of an ‘urban bridge’, a discreet presence able to dialogue with the surrounding context. The Ponte Genova San Giorgio is thus supported by 18 slender, reinforced concrete piles, capable of inserting themselves into an uneven urban fabric.
The support system that ‘isolates’ the deck from the piers gives a sense of lightness to the structure that crosses the valley.
The gradual tapering of the deck section towards the ends, marked by the succession of steel ribs along the edge, helps to dematerialize and lighten the section of the viaduct.
The elliptical sections of the piers, combined with the deck that resembles the shape of a ship’s hull, allow the light to slide softly over the concrete and steel surfaces, thus minimizing their volume. In addition, the light colour chosen for the painting of the steel elements allows the deck to reflect the colours of the surrounding landscape, thus reducing the impact of the new infrastructure in Val Polcevera.
A very important element is the reference to the naval tradition of Genoa, which finds its maximum expression in the shapes and materials borrowed from the nautical world: the pylons, the steel of the structure and the white with blue reflections that recall the ships’ keels. Great attention has also been paid to aspects linked to safety and ease of maintenance – both of possible verification and intervention operations -; the work has been designed to “last a thousand years”.
“The new bridge must be simple and thrifty, but not trivial. It will look like a ship moored in the valley; a clear and bright steel bridge. By day it will reflect sunlight and absorb solar energy and by night it will return it. It will be a sober bridge, respecting the character of the Genoese” commented architect Renzo Piano.

Light plays a fundamental role in encouraging the integration of the infrastructure into the city context. During the day, natural light highlights the sense of lightness of the ‘ship’, underlining the levitation effect of the deck and the ‘fraying’ of the bridge edge. At night, the artificial light, designed by Renzo Piano and obtained with iGuzzini luminaires, is in perfect balance with natural light, thus emphasising the lightness of the new deck and its reference to naval forms. In addition, the use of luminaires installed on high poles in the centre of the carriageway, recalling the ‘ship’s masts’, enhances the idea of a ‘white vessel’ crossing the valley, linking the eastern and western shores.

Renzo Piano’s work has majestic dimensions: the bridge, which houses a total of 6 carriageways (two for each direction of travel and two emergency lanes), is in fact 1,067 meters long and consists of 19 spans of variable length, most of which are 50 meters long. It is supported by 18 stacks of elliptical section (9.50 x 4.00 m) each 40 metres high, with foundations that sink 50 metres underground.
Great attention has been paid to safety. The bridge is equipped with robotic automation systems and sensors for infrastructural control and maintenance, as well as a dehumidification system that prevents the formation of salt condensation and limits corrosion damage. The energy required for the operation of the lighting, sensors and systems is produced by photovoltaic panels installed along the edge of the bridge. All the information captured by the continuous cycle monitoring system, which keeps the health of the bridge under constant control, will allow the creation of a database that can be studied, monitored and used as a basis for future constructions of the same type.

Seventy people, including specialized technicians, plant operators and materials technologists, 100% certified products along the entire supply chain, 6,000 laboratory tests, 67,000 cubic metres of concrete, equal to 160,000 tons, for the construction of the foundations, the piles supporting the bridge and the slab on which the asphalt covering was then laid, two international certifications for production plants up to 100 vehicles per day involved in the transport of materials.
Thus, in a work that involved 330 companies in partnership between suppliers and subcontractors, from practically every Italian region, from Trentino to Calabria, the history of the Lombard, Ligurian and Piedmontese companies tells a lot about the excellence and history of this site, with over 170 companies involved. 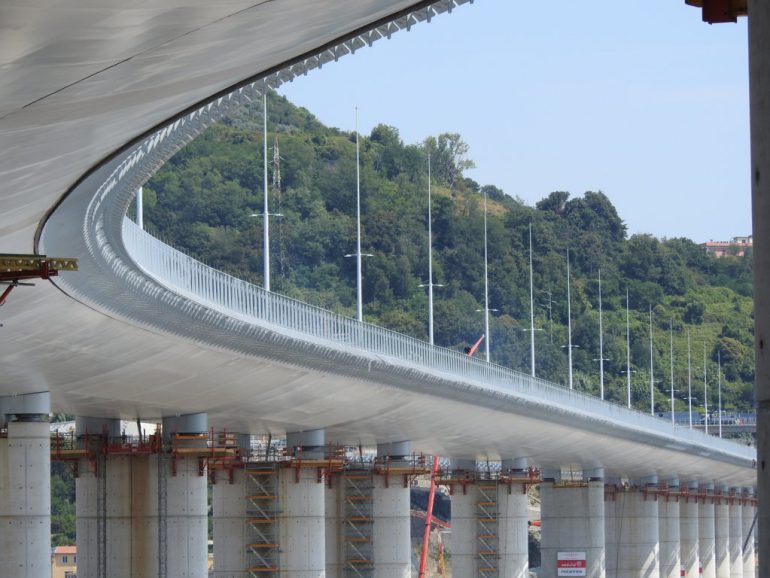 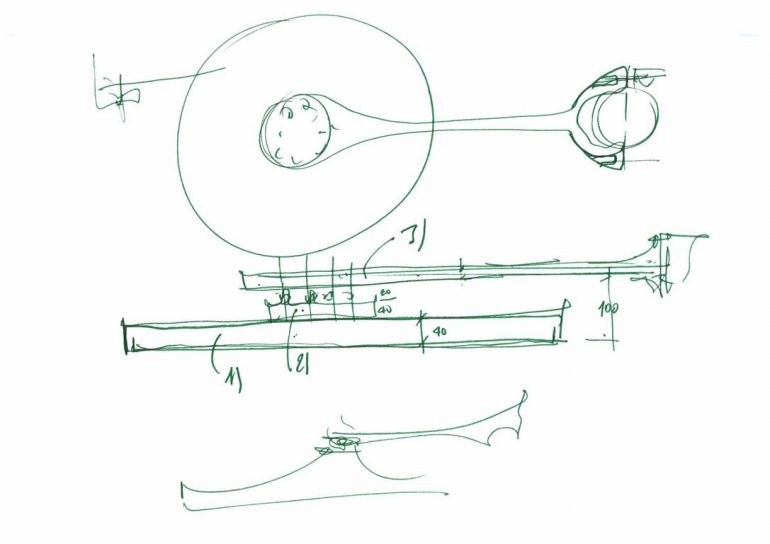 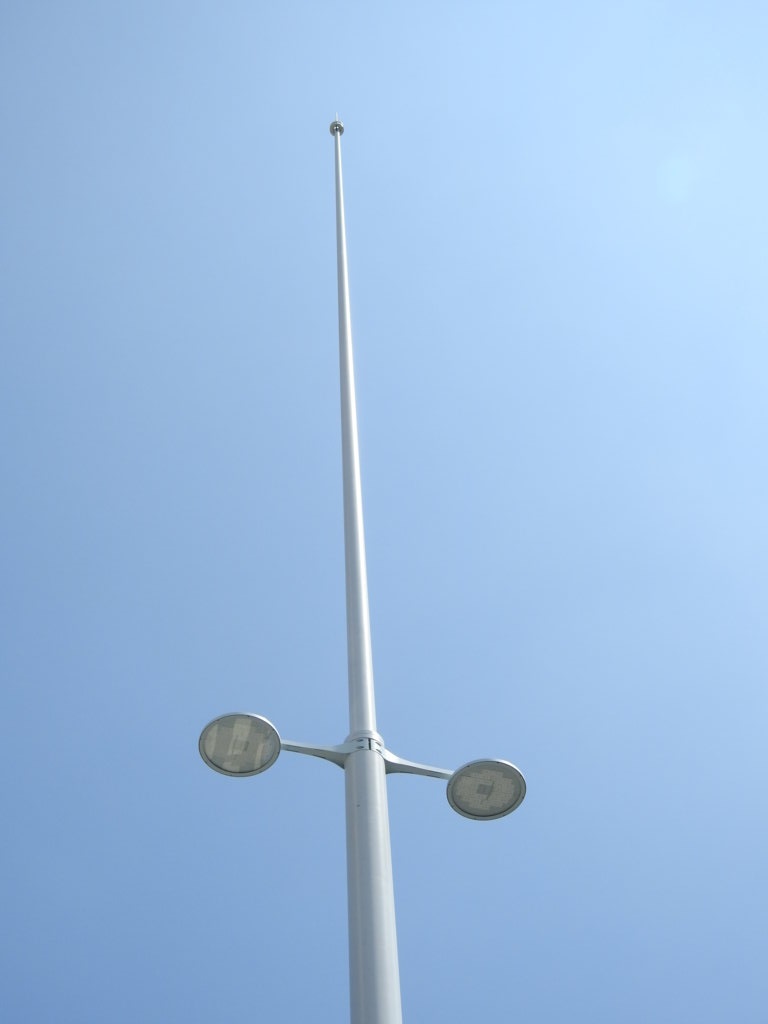