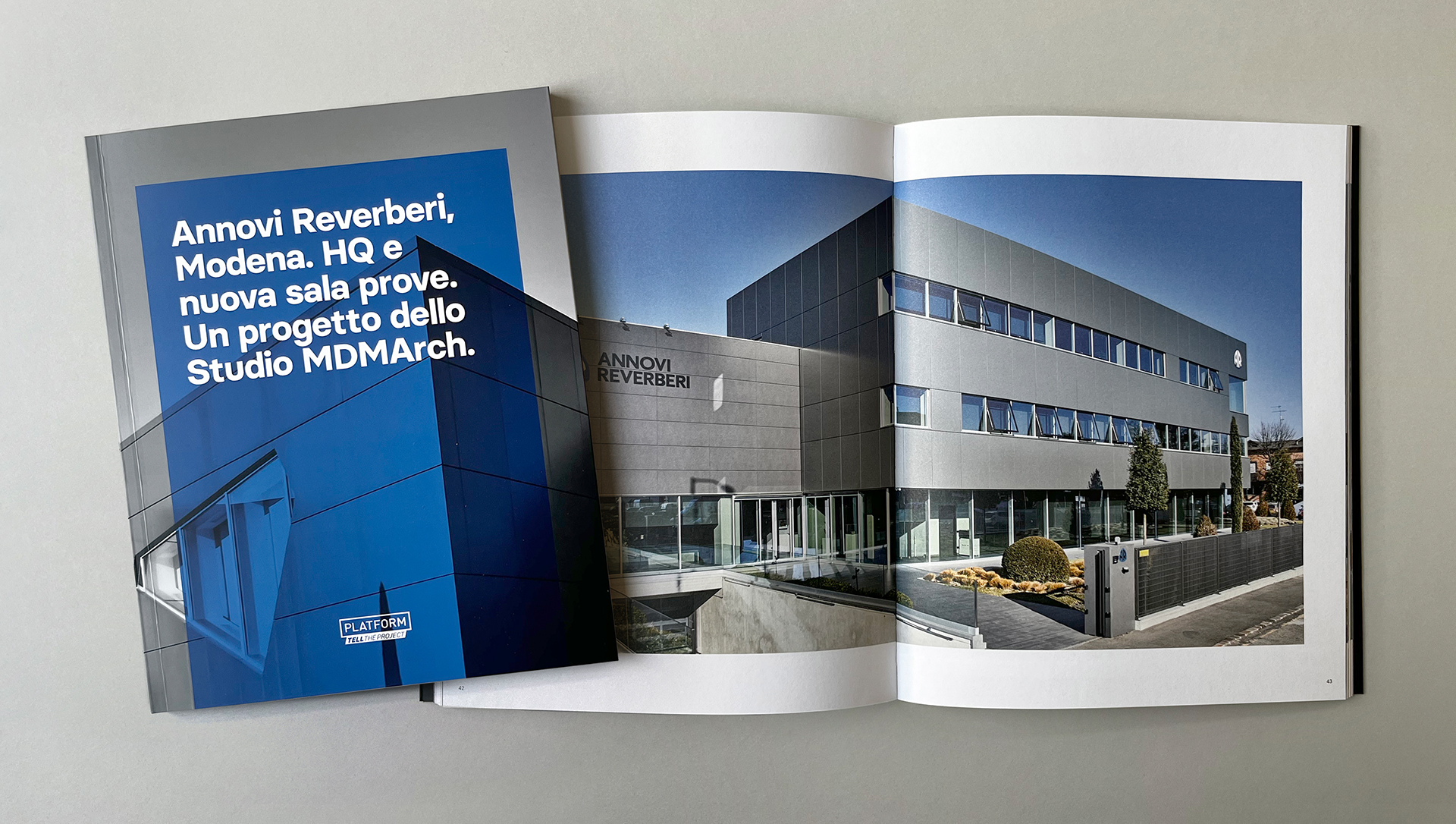 Tell the Project is Platform’s Editorial Series conceived by Angelo Dadda: it is a simple and intuitive communication system for the promotion of architecture studios through the emotional narration of one of their best completed projects or most recent. All the editorial products that make up the Tell the Project series (printed, digital or video) are conceived and produced to be presented and distributed, either to a broader (consumer) or more targeted (trade) target, according to the strategies of the leading architecture firm or through the integrated digital system (cross action) of communication tools of the Platform Architecture and Design magazine network.

The first volume of the series is entitled “Annovi Reverberi, Modena. HQ and new rehearsal room. A project by Studio MDMArch‘.
The protagonist of this book is the two-stage project that Studio MDMArch realised for Annovi Reverberi, an Italian company specialised in the production of diaphragm pumps for agriculture, piston pumps for industrial washing, and high-pressure cleaners. The intervention focused on the recovery and redevelopment of the original warehouses through work on the colours of the cladding and roofing. The approach to the project was deliberately not to intervene on the volumes and character of the buildings in order to maintain as much as possible the industrial character of the buildings, which in this way tell the story and nature of the Modenese company through architecture.
The industrial soul is a founding element of the company’s value asset. For this reason, the designer, Architect Maurizio di Mauro, did not want to hide it in any way, but on the contrary to evolve its image, keeping it always evident, but at the same time usable even in areas that are not necessarily production areas, such as the reception, the commercial spaces or the management itself, which have been totally rethought as part of the intervention.