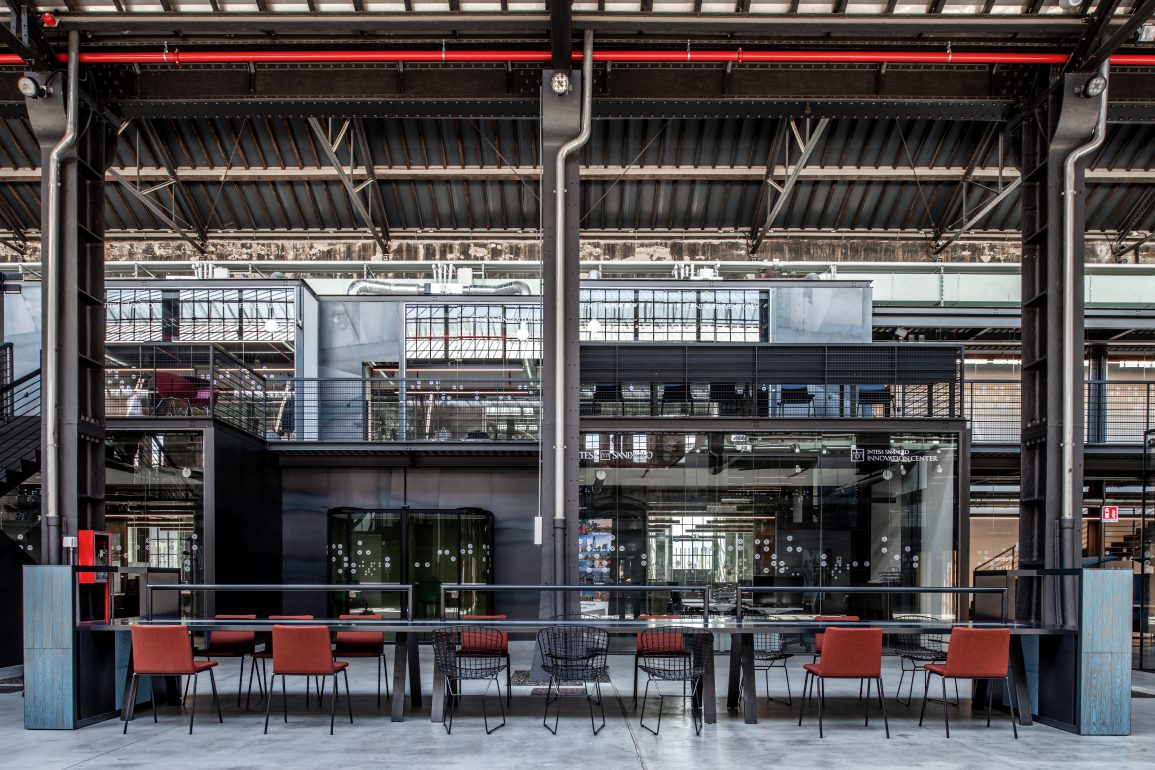 Officine Grandi Riparazioni in Turin renovates its majestic industrial complex built towards the end of the 19th century, transforming it into a new platform for innovation, that enhances people meetings and exchanging ideas.

A space of 12,000 square metres in a 19th century industrial architecture building characterised by bricks with trusses and iron pillars, entirely redeveloped by the CRT Foundation, which today offers services with the highest standards of sustainability, safety and contemporaneity, as well as a Tier III certified data processing centre.

The headquarters is located in a large central nave with a 200-metre-long boulevard, naturally illuminated by 16-metre-high roof windows.
On either side of this avenue there are two bays, where several glass structures are used as meeting rooms, open space offices, offering 500 “smart” workstations, ergonomic tables and desks, “chat sofa” areas. Also available to users are ledwall and videowall screens that broadcast real-time news from channels such as Bloomberg, CNBC, or direct streaming of international events such as TechCrunch Disrupt SF or Web Summit.

The structure was inaugurated on 25 June 2019, kicking off the innovation hub dedicated to Tech, design and research in the country. 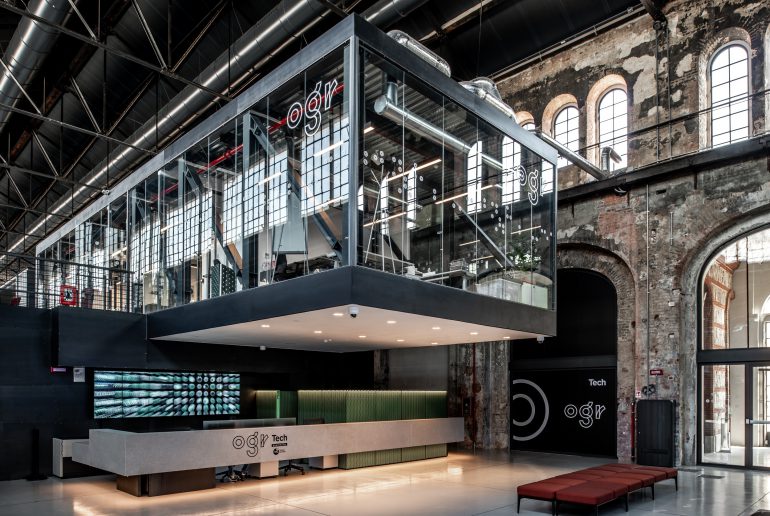 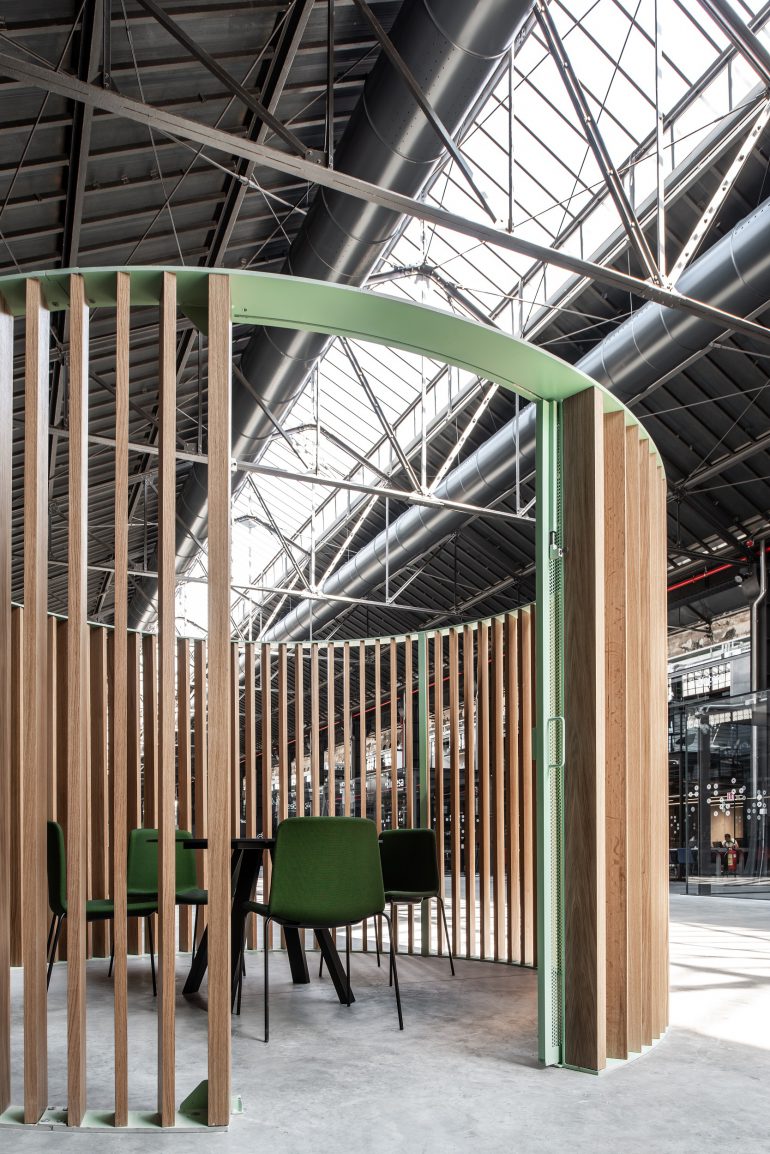 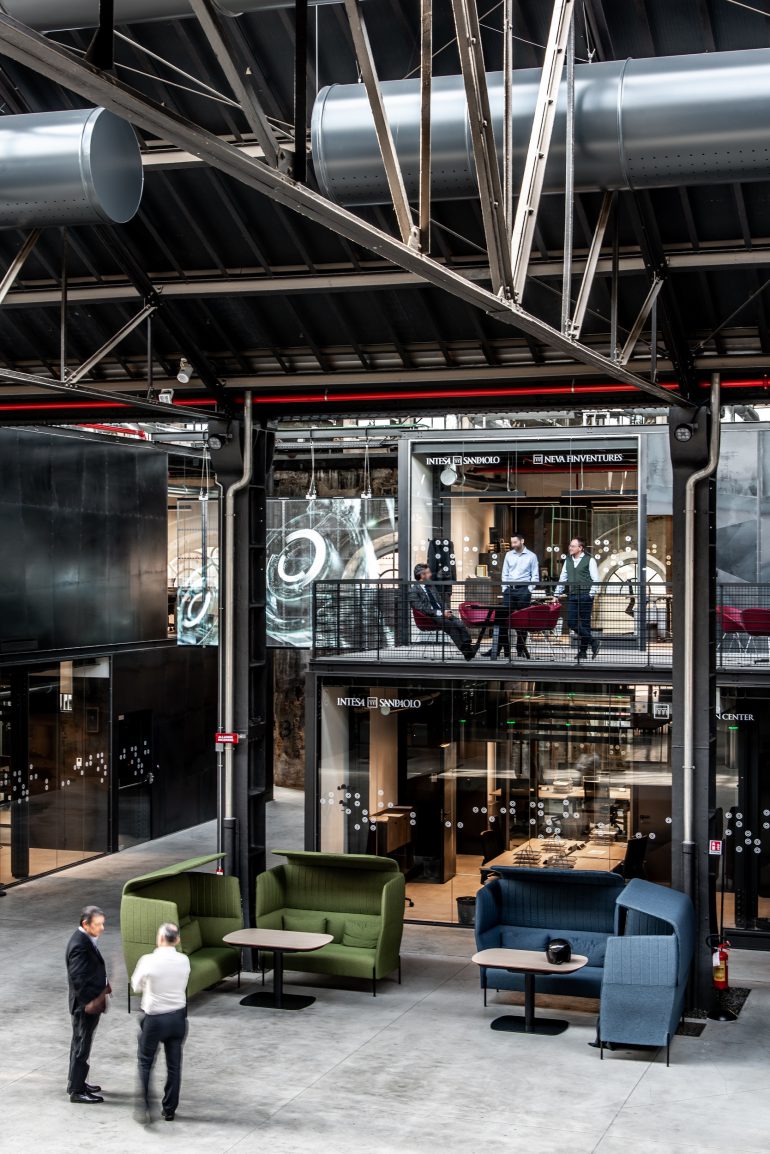 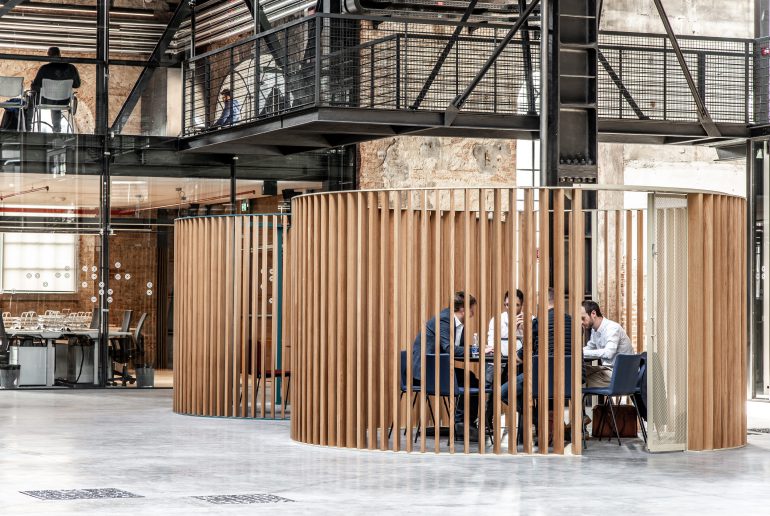 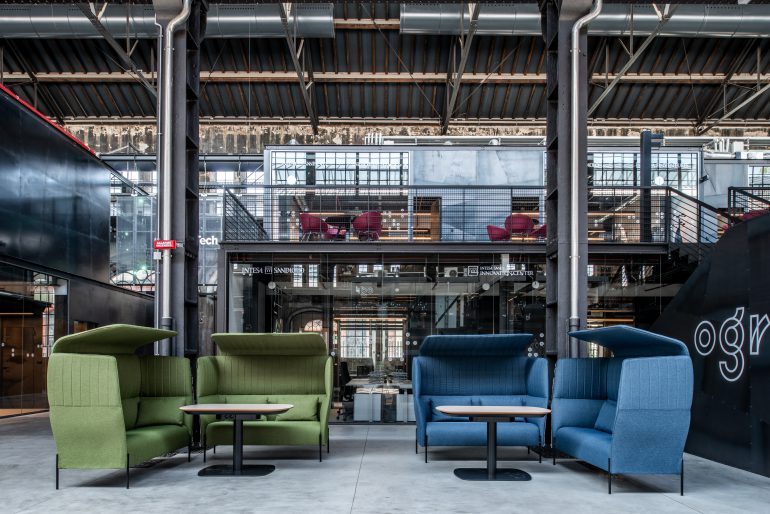 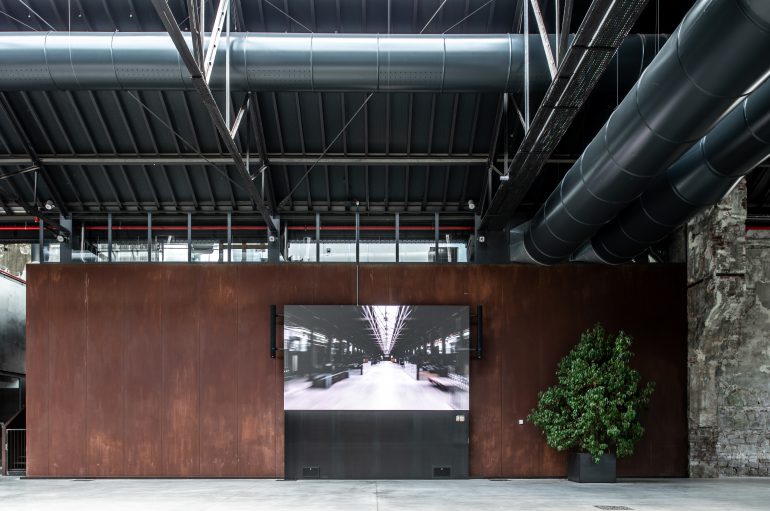 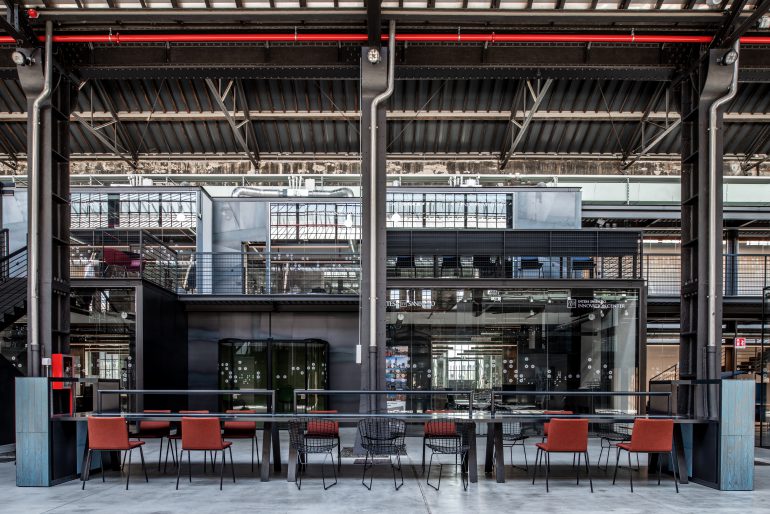 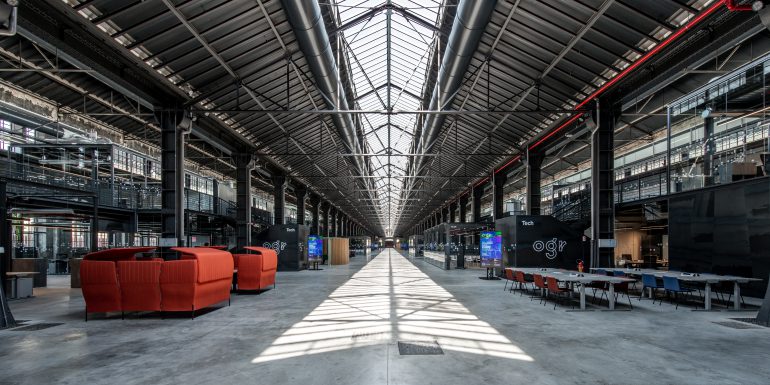 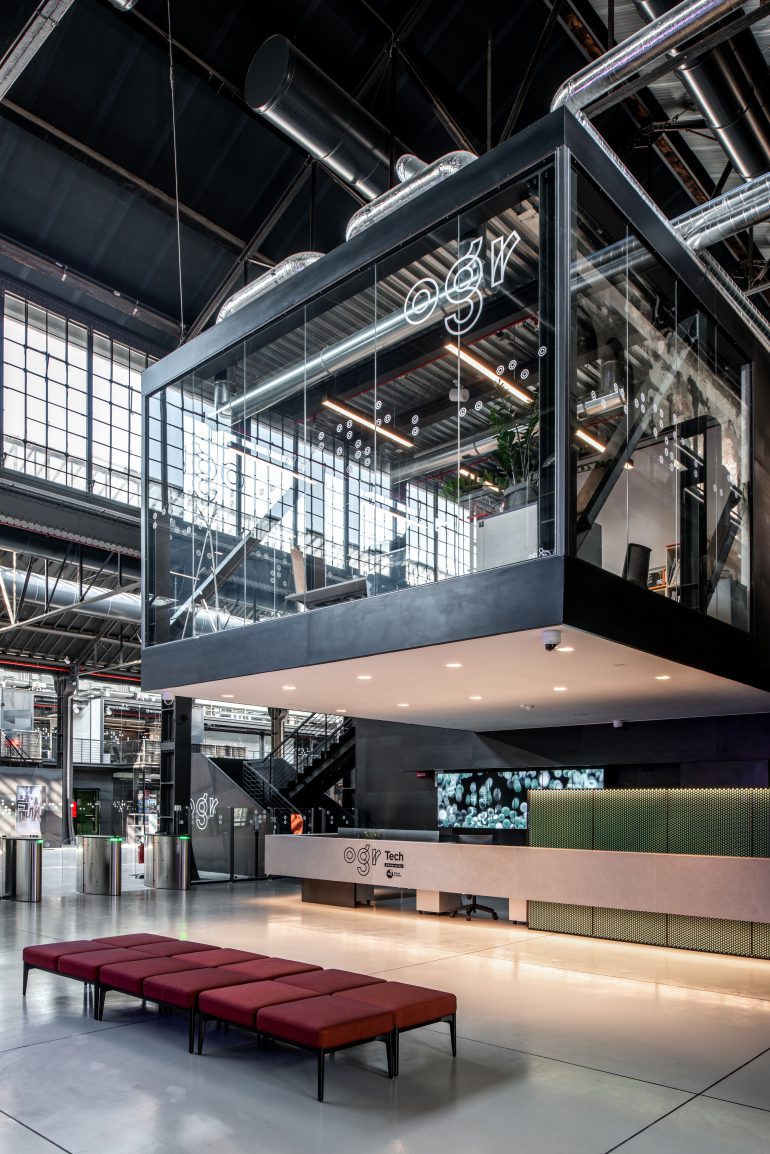 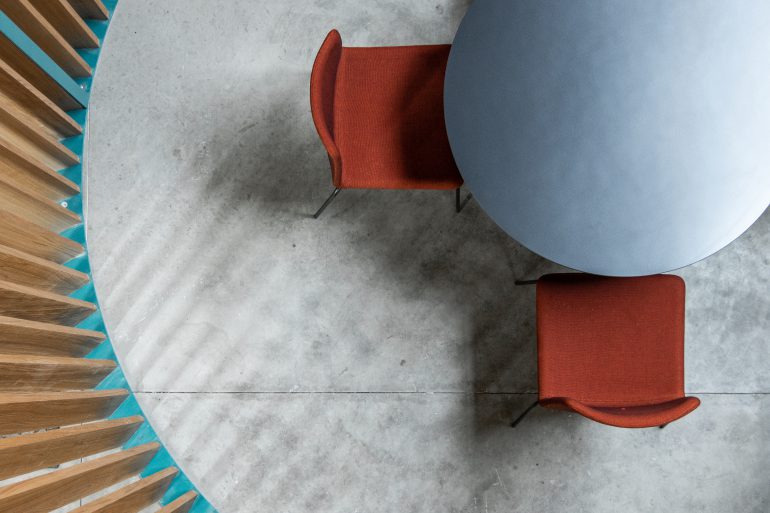 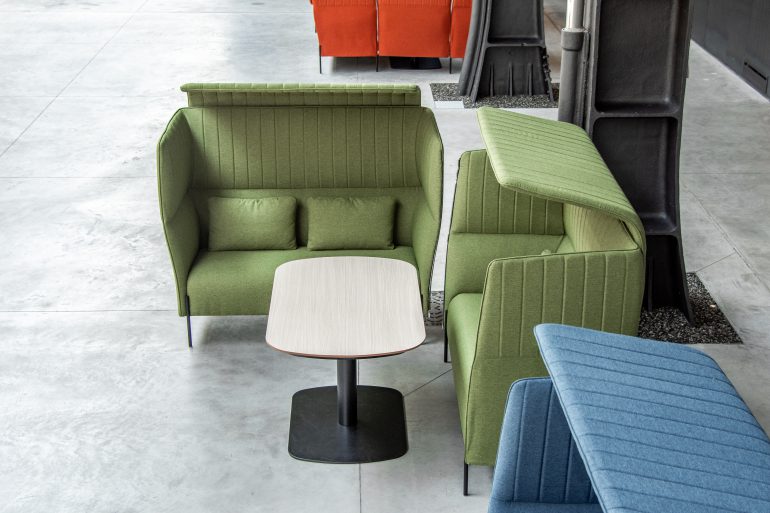 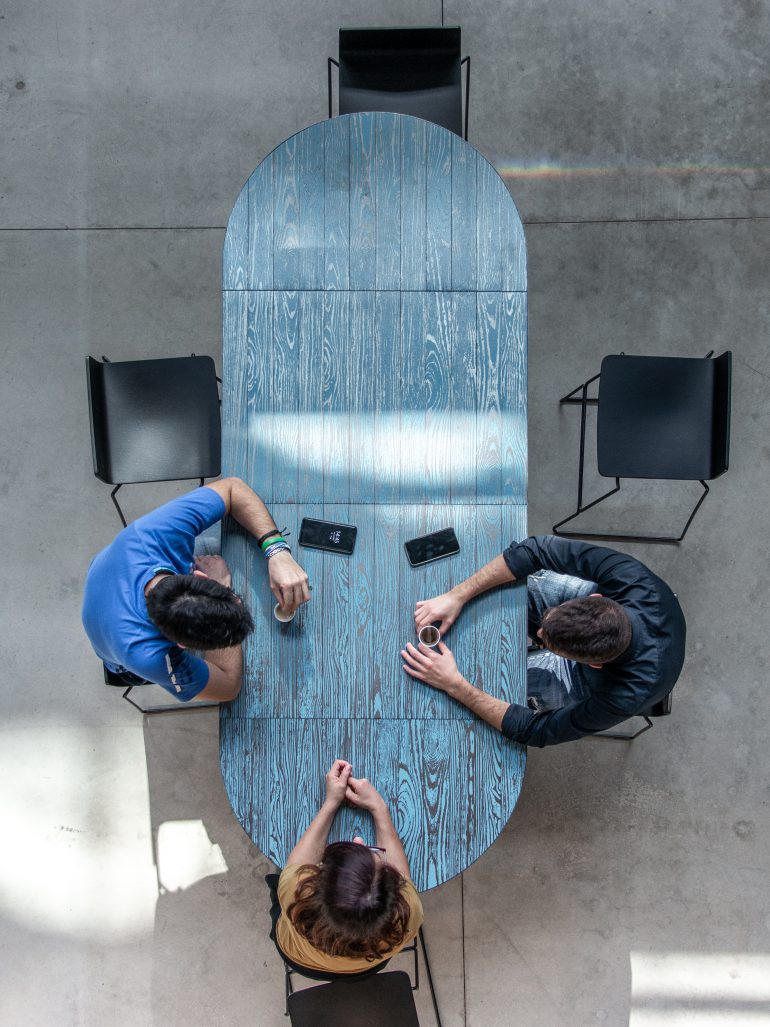 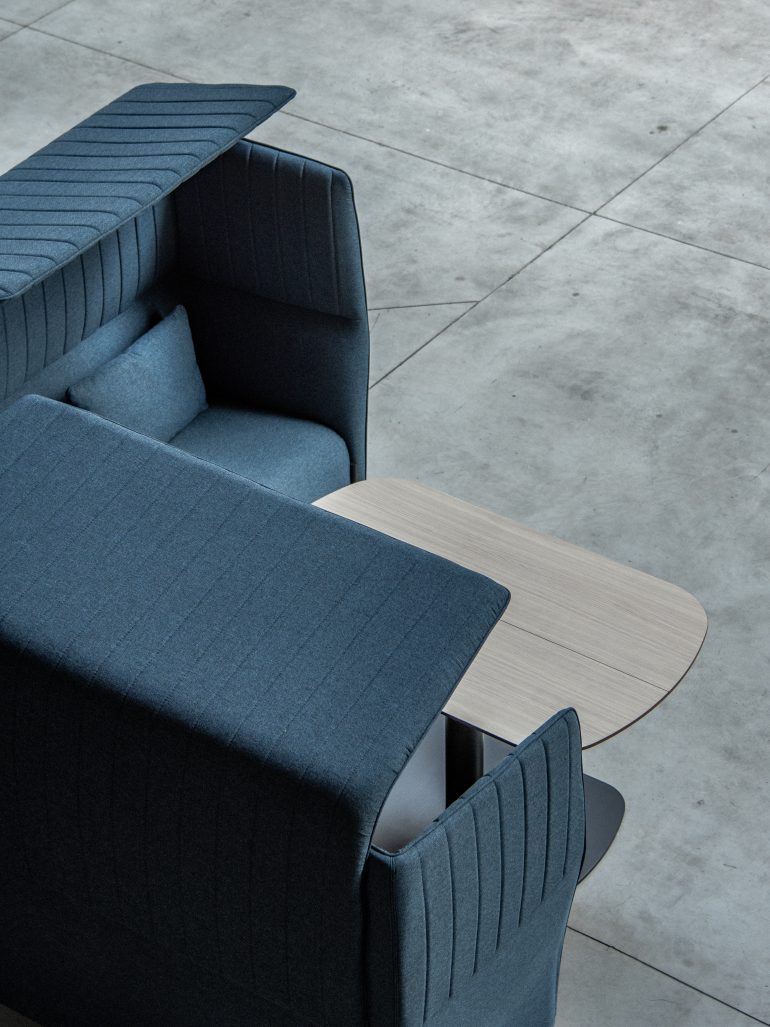 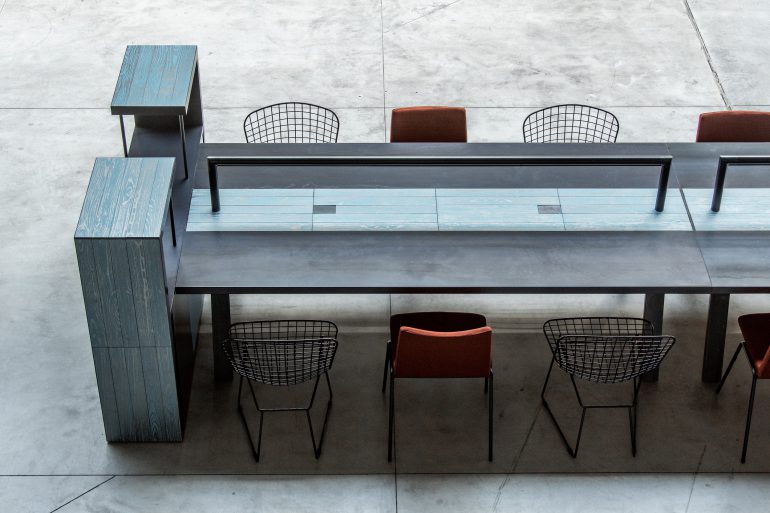 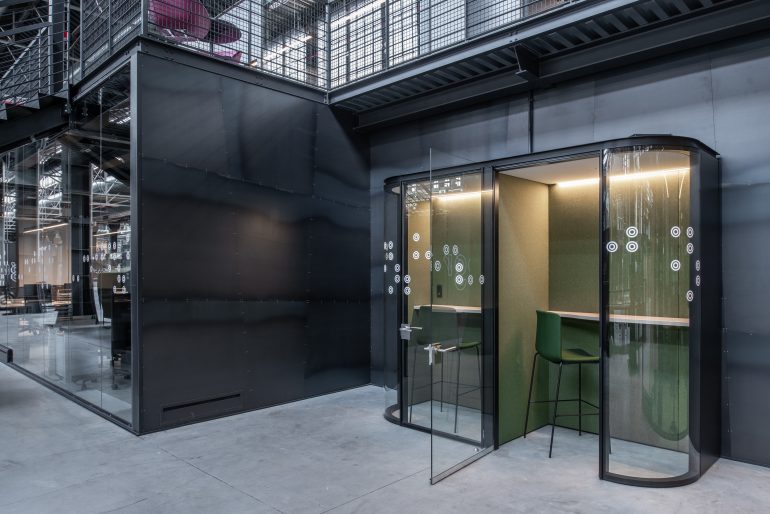