To provide the best possible service, we use cookies on this site. Continuing the navigation you consent to use them. Read more.
PROJECTS
·24 December 2020 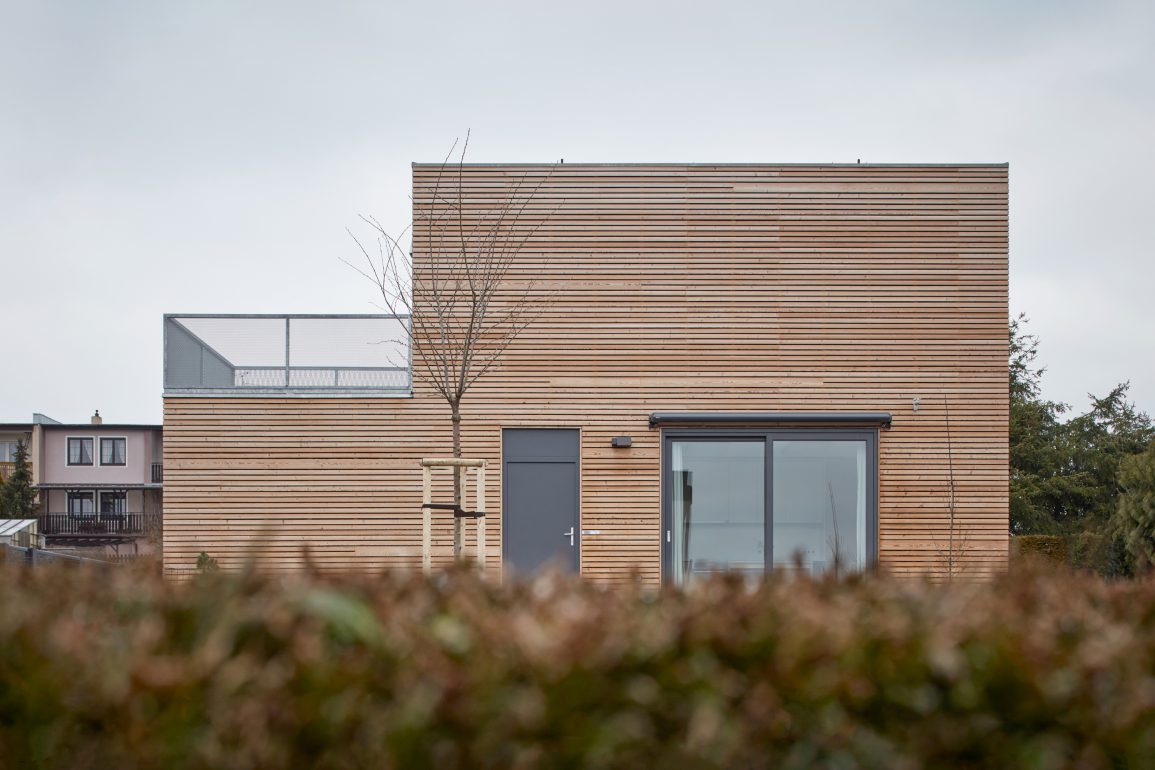 Štěpán atelier, founded in 1997 by Vanda and Marek Štěpán and author of the Freedomky project, display a strong know-how in architecture, public areas and design for many years, promoting Bohemian and Moravian quality.
Their awards include the Grand Prix of architects, the award of the Old Prague Club, Building of the year and Interior of the year.

The house is number 061 Freedomky and was assembled in half a day from prefabricated modules of different sizes (4×7 m, 4×11.5 m). These modules arrived at the assembly site already furnished and equipped with all the comforts a home should offer.
The final structure, the Tachov, results in a tall building with proportions reminiscent of a steamboat – even the terrace resembles a bridge at the bow.
It is the first Freedomky structure to be assembled in the Czech Republic.
No.061 is inspired by the minimalist trend supported by Karel Teige, and was created following various projects already developed elsewhere.
The façade and division of spaces recall Corbusier‘s residential approach, particularly the house in Pessac, but with a direction towards economy and sustainability, which we can find in German designer Werner Aisslinger’s Loftcube.
Freedomky’s concept differs, however, in its style, which is adapted to the customs of central European countries.

The structure of No. 061 is made mainly of wood (about 95 per cent of the total), rests on five laths firmly in the ground, and has mechanisms made according to Swiss patents. The milling is trapeze-shaped and very strong.
Wood fibre insulation panels and radiant panels allow the house to be better heated and well ventilated, while the wooden windows are made of triple-pane glass.
The north façade opens up to the outside environment and is made of larch wood.

The white interior space reflects the exterior materials of the house, the furniture is made of birch plywood and the floor of solid oak.

The “Sixty-one” Freedomek was developed according to the principles of “peasant ecology”, i.e. a rational ecology created with a “peasant sense and wisdom”, simple solutions supported by technological systems, without an excessive influence of hypertech. In this approach, the winners are simple, thought-out solutions over complicated technological complexes. 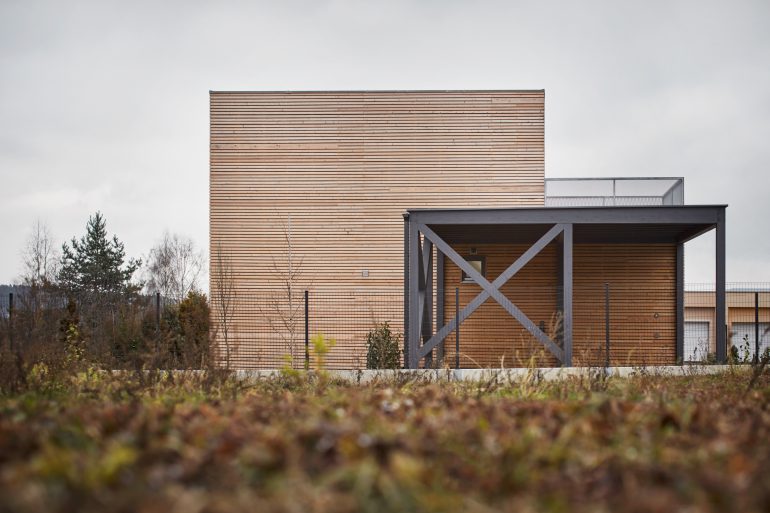 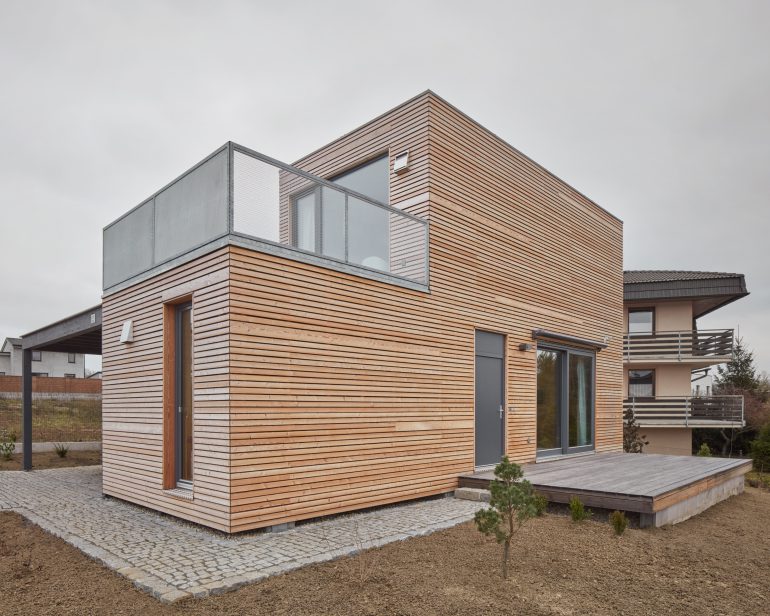 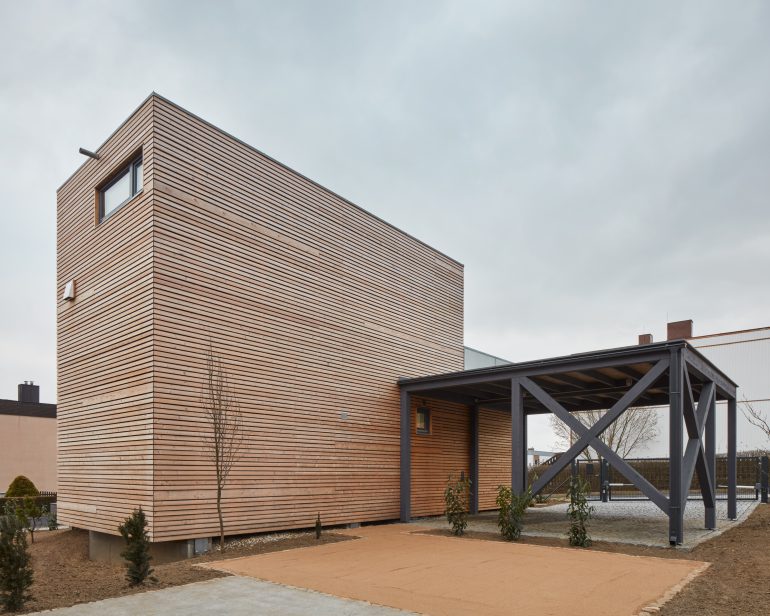 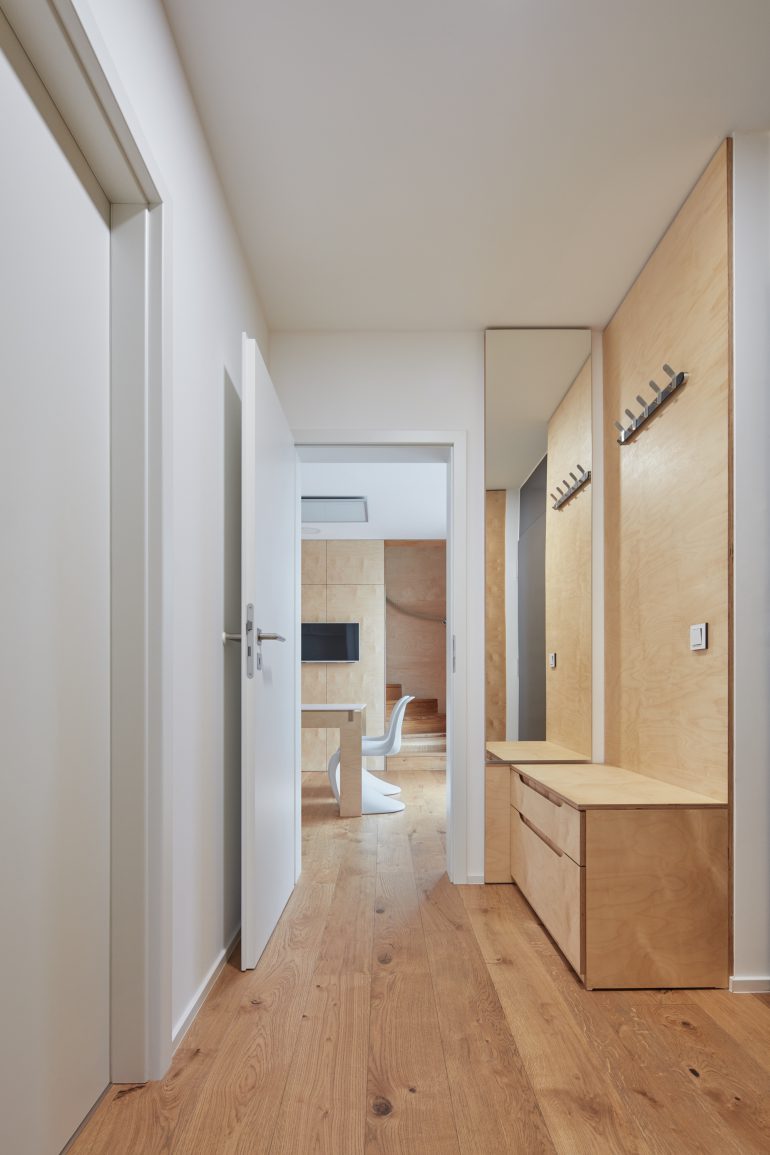 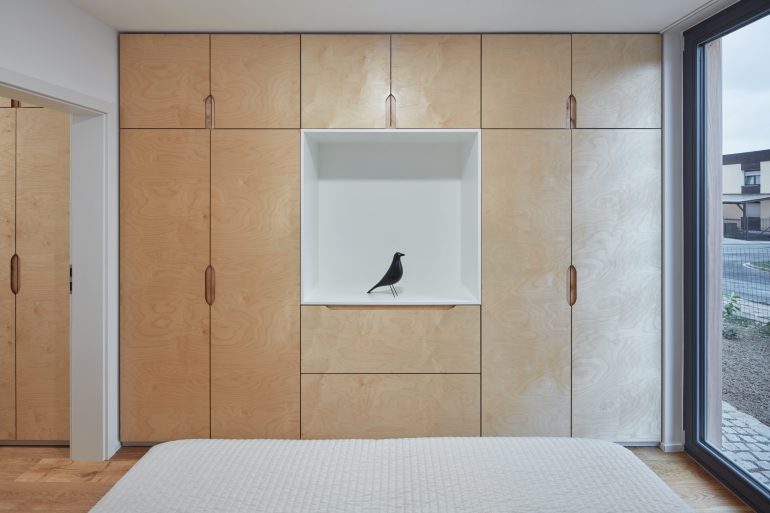 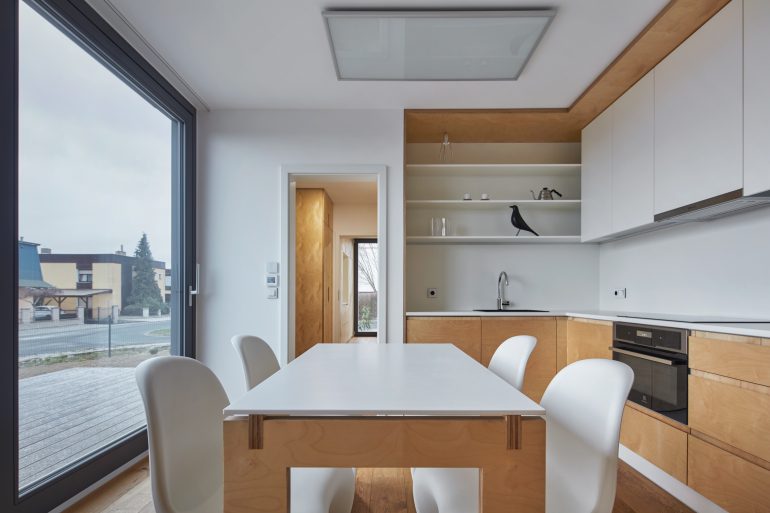 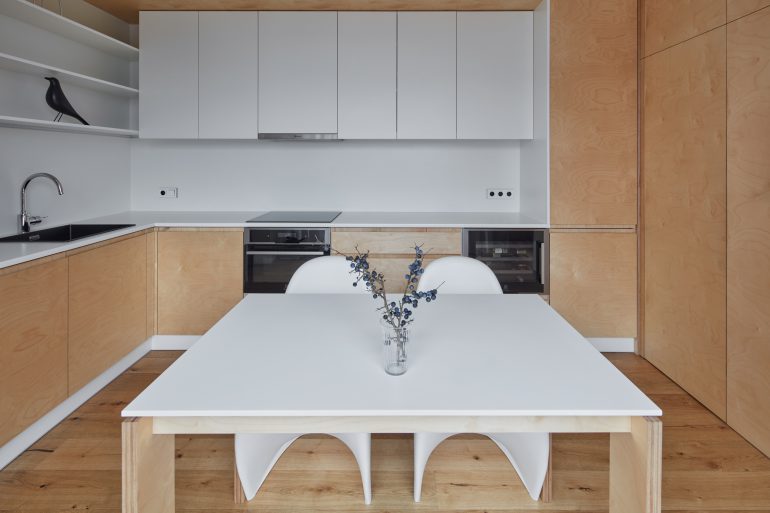