To provide the best possible service, we use cookies on this site. Continuing the navigation you consent to use them. Read more.
PROJECTS
·8 January 2019 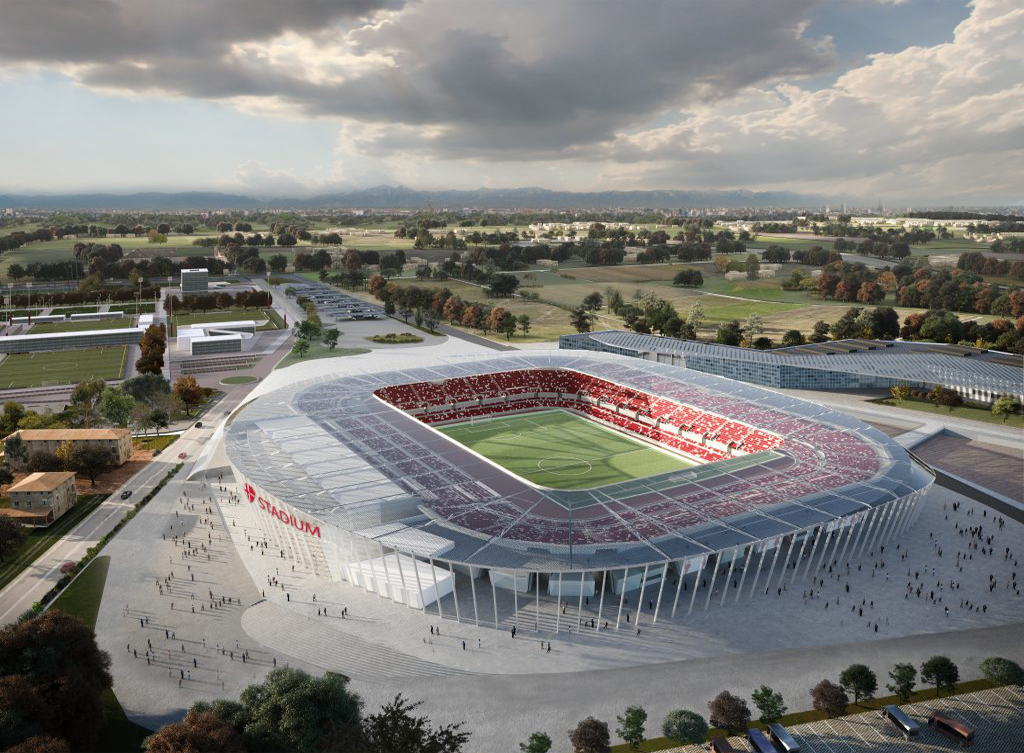 After the success of the design for the new Cagliari Calcio stadium, Progetto CMR has gone ahead with the concept for the new Calcio Padova stadium.
The stadium is a Sportium project and is part of a broader redevelopment of the area surrounding the stadium which includes the future Sport Citadel developed by the Asci Architect’s Studio, and a Retail Park designed by IPT Project.
The new stadium will take the place of the existing Euganeo stadium, providing the city of Padua with an innovative structure in line with the highest standards of functionality and security as required by UEFA.

The architectural concept of the new stadium, the result of the team from the Progetto CMR integrated design company, starts with some of the city of Padova’s typical elements in order to recreate a strong and symbiotic relationship with the context. These include water, which inspired the sinuous and flexible shapes of the landscape surrounding the stadium, and the traditional porticoes, which are re-interpreted, creating a path around the installation that is totally permeable and accessible. Finally, the structure of the new stadium’s stands were conceived by revisiting the forms of the Appiani stadium, a symbol of the city of Padova.
The new stadium, designed for a maximum capacity of 16,500 spectators, will also host complementary activities such as the team museum, shops and restaurants thereby transforming it from a complex that can only be used during sporting events into a new meeting place, open every day.