To provide the best possible service, we use cookies on this site. Continuing the navigation you consent to use them. Read more.
PROJECTS
·31 August 2018

MM House, a contemporary house in a small village 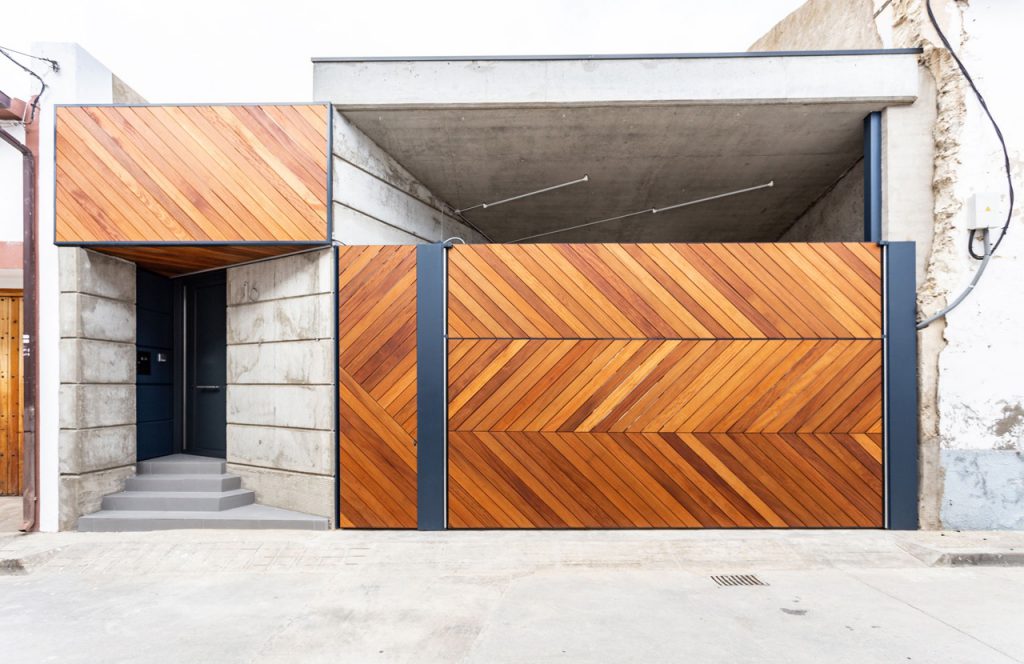 Large wooden doors closed the patios of the monegrine houses, jealously defending, together with the high plastered walls, the domestic life from the dust and aridity of the desert of Aragon. Big doors that allowed the entry of the wagons and the horses with which the cereals were cultivated, and which, once exceeded, contained all the functions, from the living, social and productive ones that gave it a strong character.
This almost archetypal model of an architecture adapted to the agricultural and productive aspect has gradually faded over time, in favor of a globalized building that is absent in the area.

Without renouncing its time and its function, MM House is located in the urban center of Leciñena as a new enclosure, trying to keep the idea of unity and balance with existing buildings, respecting the traditional and material values but in a contemporary key.
The urban context is made up of narrow and long lots, with the part usually built on the side of the road and with free plot on the bottom, for vegetable gardens and animal enclosures, in which some smaller buildings are usually placed against the walls, to make them more stable. One of the clients’ requests was to be able to enjoy the house as much as the outside space, creating a very close relationship between home and patio. Therefore the volume is all set against the North wall and opens completely to the outer space, and interacts with the patio, which, in turn, is nothing but the same road that bends and enters through the entrance and, from the ground cemented, it becomes a private garden.

Functionally the house is organized into three key points that are the kitchen, bedrooms and services, and a space-entry that is changing in thickness to shape all the main areas, the entrance, the living room, and the study, completely open to the garden through terraces and large windows. The nodes solve the general structure of the house, the entrance is leaning against the wall and projects outwards like a vacuum, bending to create service spaces and shelves that give privacy to every area of the house.
Structurally, the house is built with reinforced concrete, whose stripes define the holes, like a new topography bound to this private patio that communicates with the built looking for a spatial continuity. The walls are split to avoid thermal loss, and are cut out and chamfered to accommodate the voids and outdoor furniture. Towards the patio the whole domestic space is covered with a flat roof that emphasizes the interior-exterior relationship, but, towards the street, the atrium bends to create a covering with traditional ceramic tiles, to establish a cohesion with its urban context. 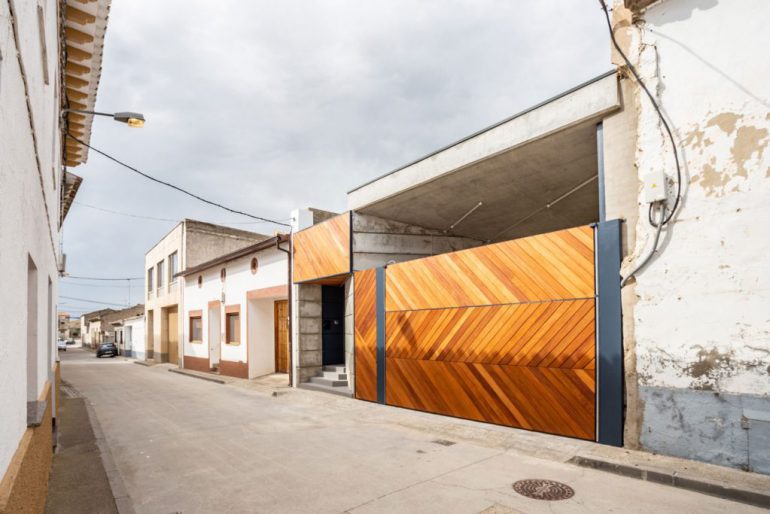 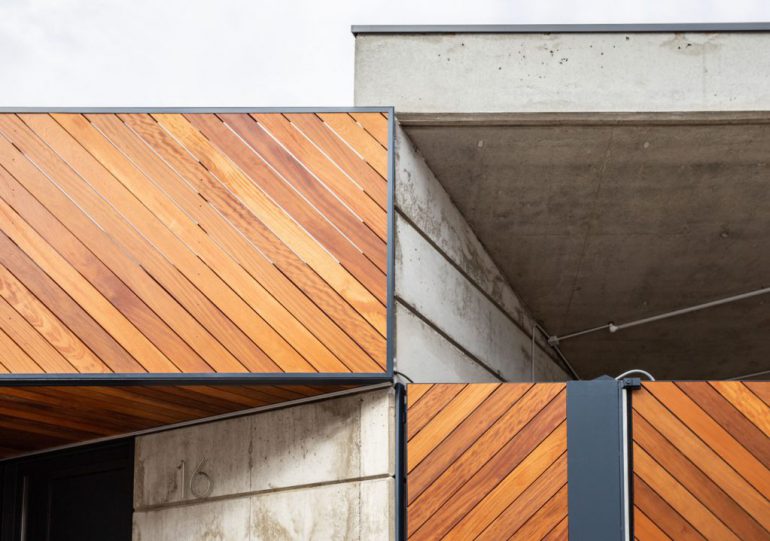 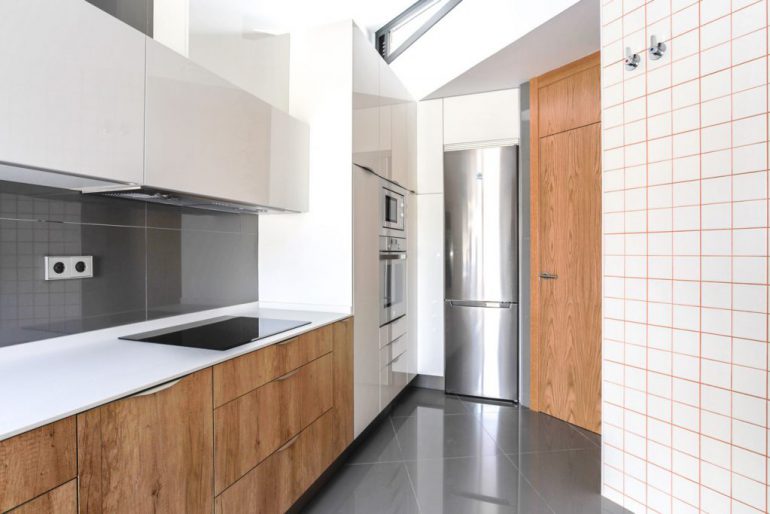 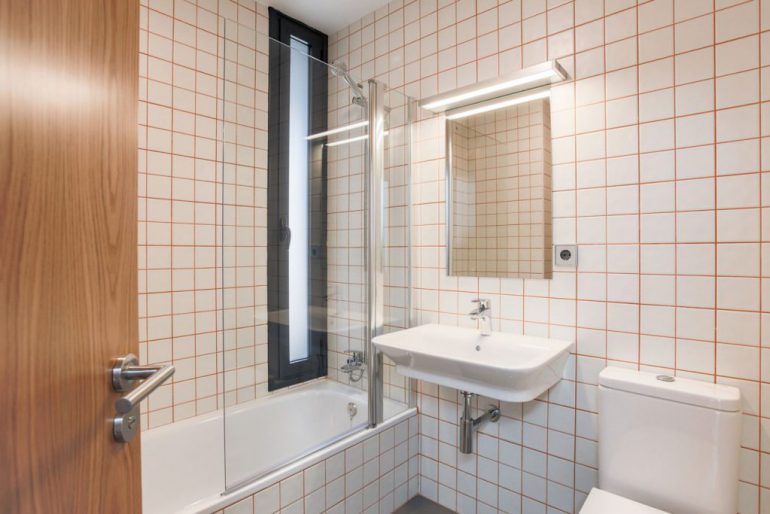 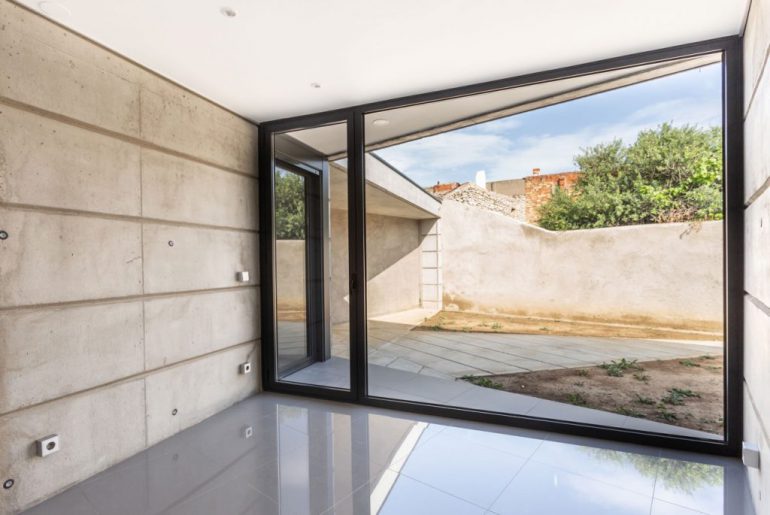 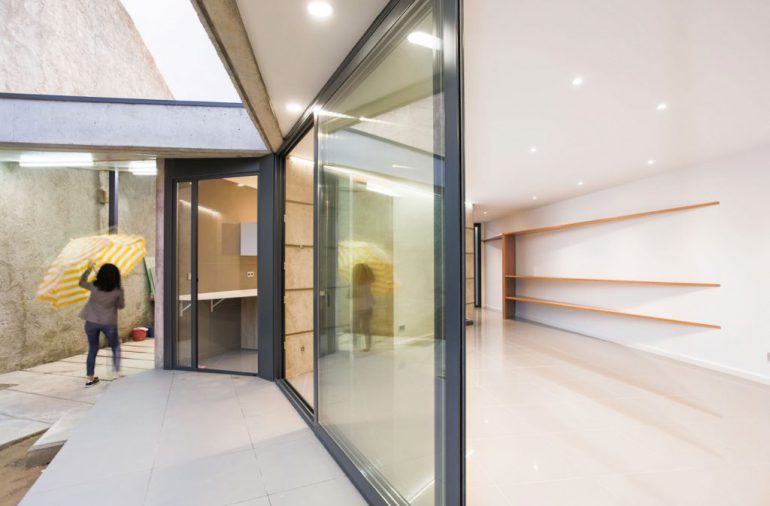 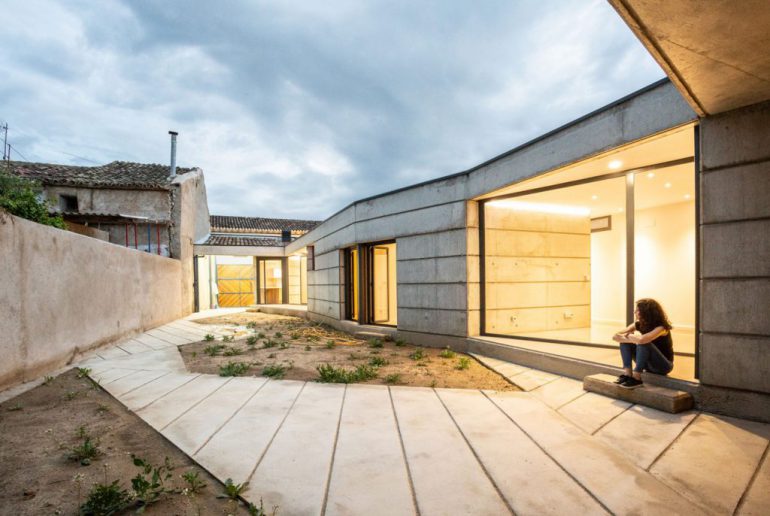 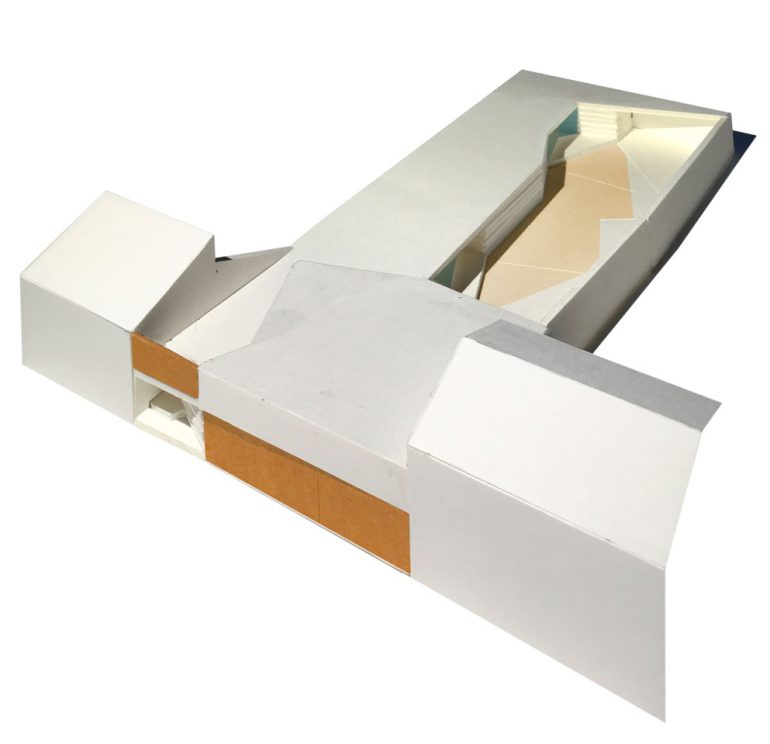