To provide the best possible service, we use cookies on this site. Continuing the navigation you consent to use them. Read more.
PROJECTS
·8 April 2021 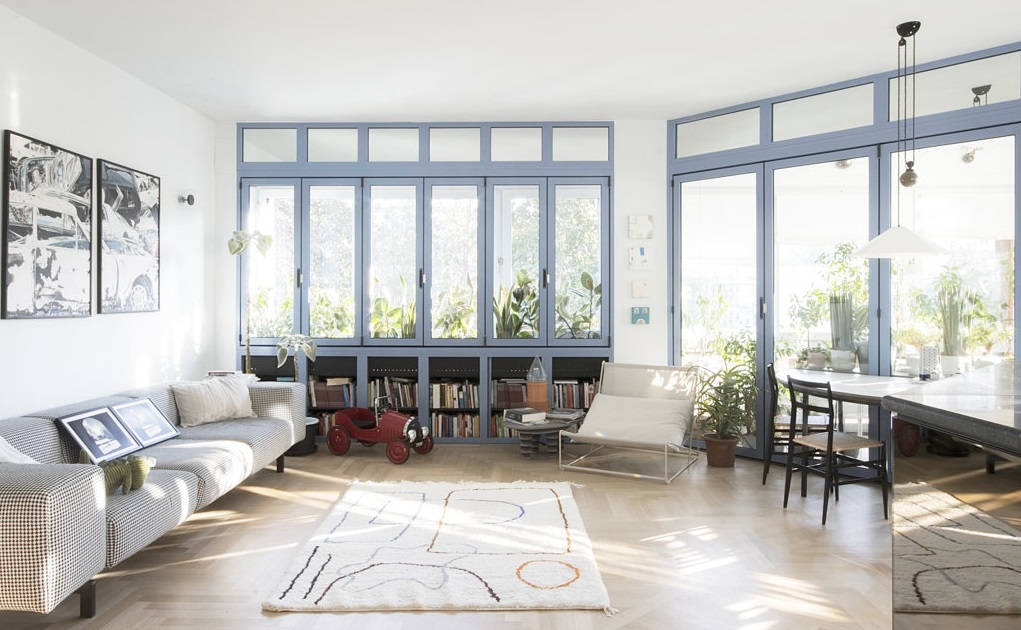 MAMA house was originally an office space, located on the first high floor of a very central area of Milan, facing two noisy and extremely polluted main traffic routes. The presence of the tram also generates a lot of noise pollution.
The decision to transform an office into a home is very delicate and at the same time extremely simple when considering two main aspects for the future inhabitants of the space: air quality and room acoustic quality.

The translation of AMArchitectrue‘s thoughts consists of a device they call a “folding wall”, an additional layer of folding windows made up of different opening systems which act as a protective layer, a filter, shielding the interior spaces of the home from noise and air pollution. Guaranteeing the opening of the existing large office windows everywhere, the new device, set back from the original façade, is designed by studying the section to accommodate a series of niches for books and objects in the part below the sill and in the part above to include a plant terrarium, specially designed for selected plants and capable of filtering pollutants from the air in Milan.

The house consists of a master bedroom, a children’s bedroom, already designed to be divided in the future into two smaller, identical independent units, two bathrooms and a kitchen open to a large living room in which the ‘folding wall’ crosses the living area diagonally, taking away a triangular space that becomes a veranda, a workspace surrounded by tall evergreen plants, a real greenhouse that allows small seasonal fruits and vegetables to be grown.
What was once an indoor space suddenly becomes an unexpected domestic garden.
For further information, please visit www.amarchitectrue.studio. 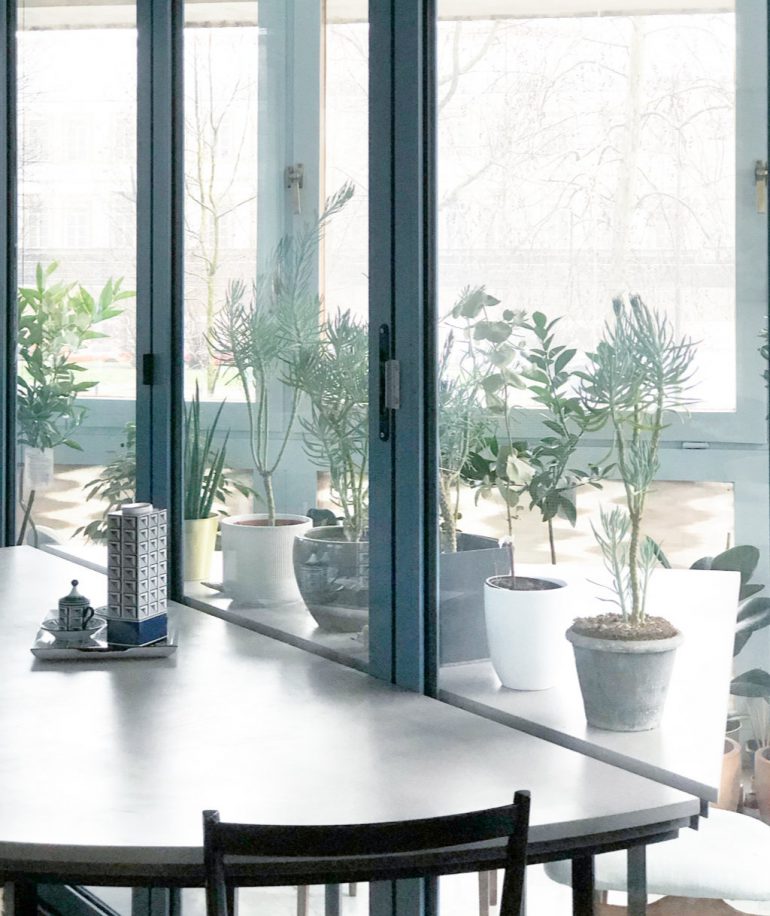 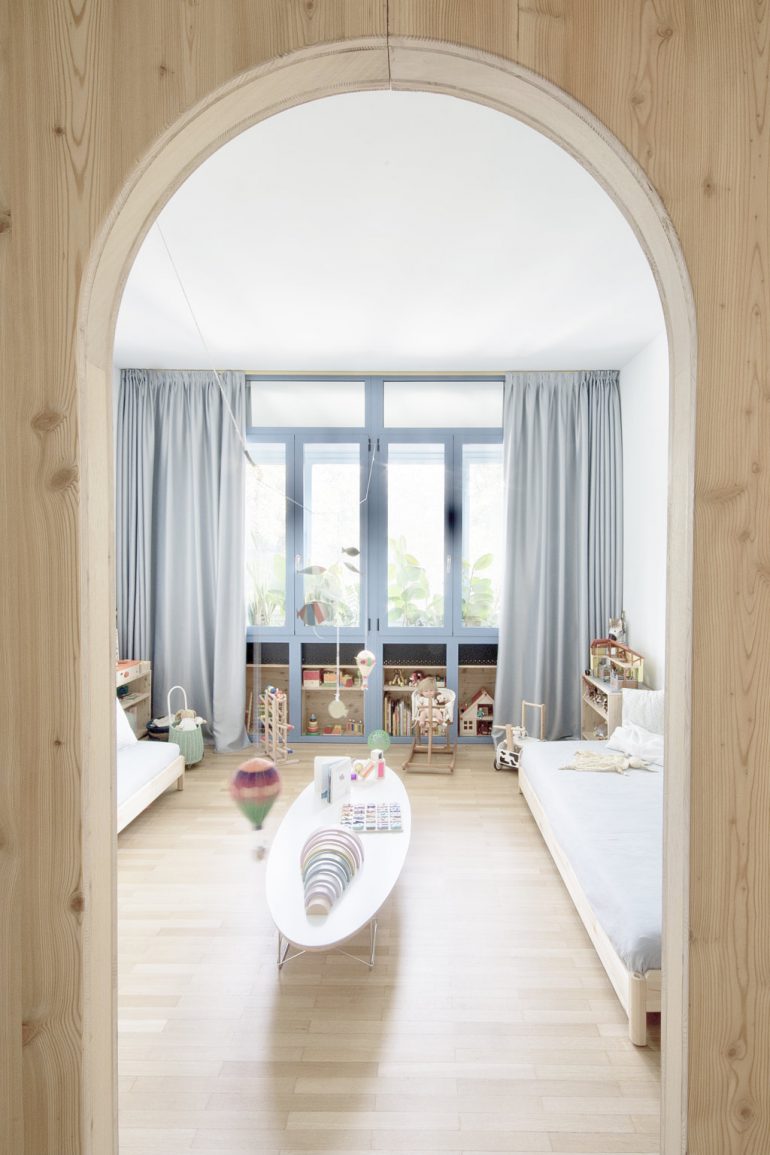 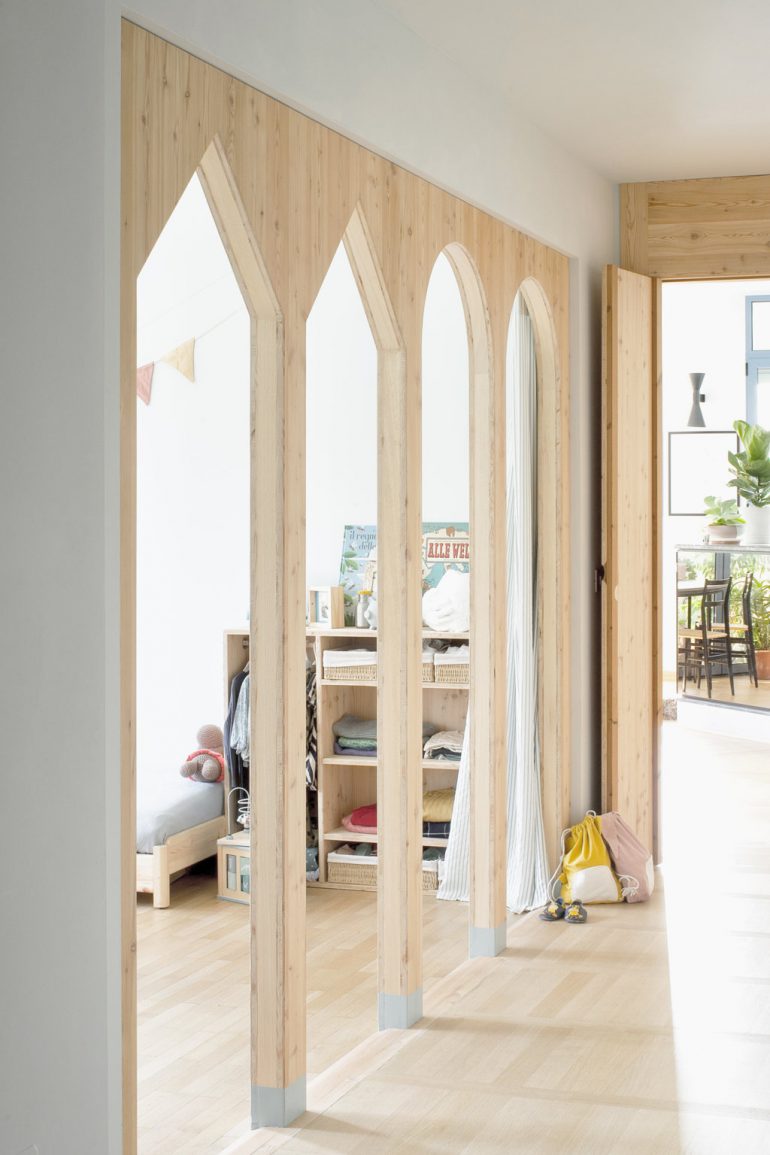 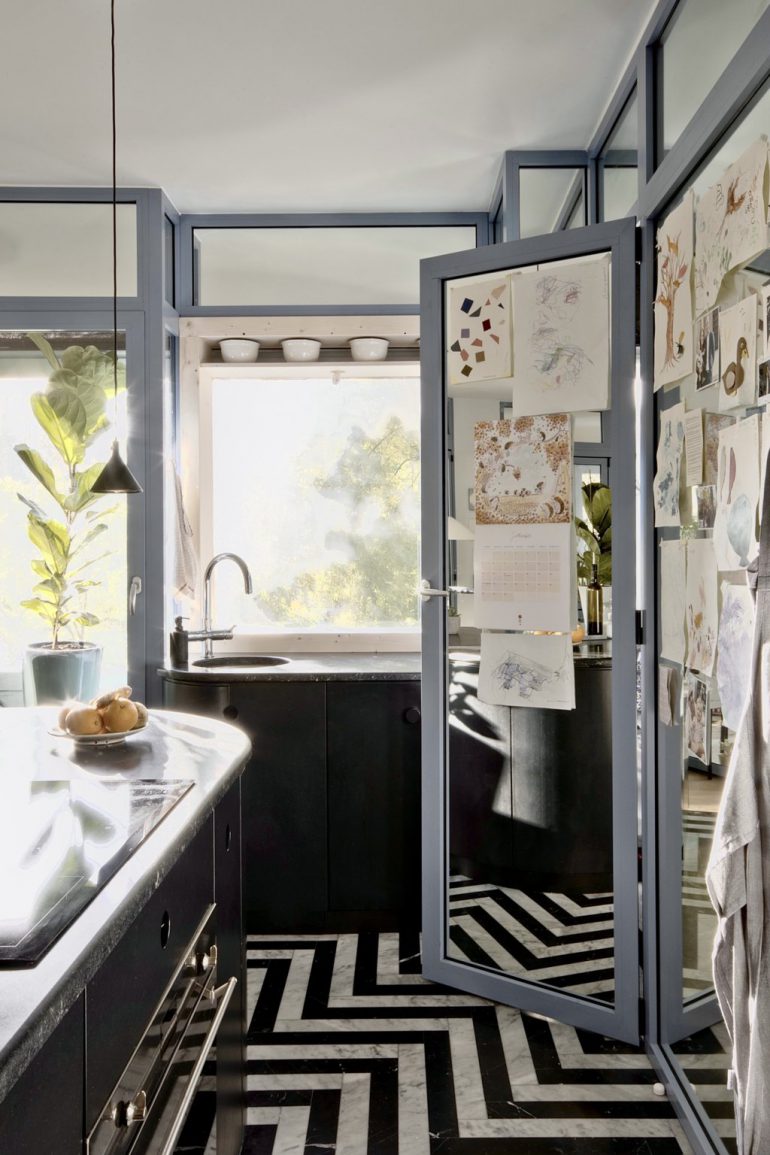 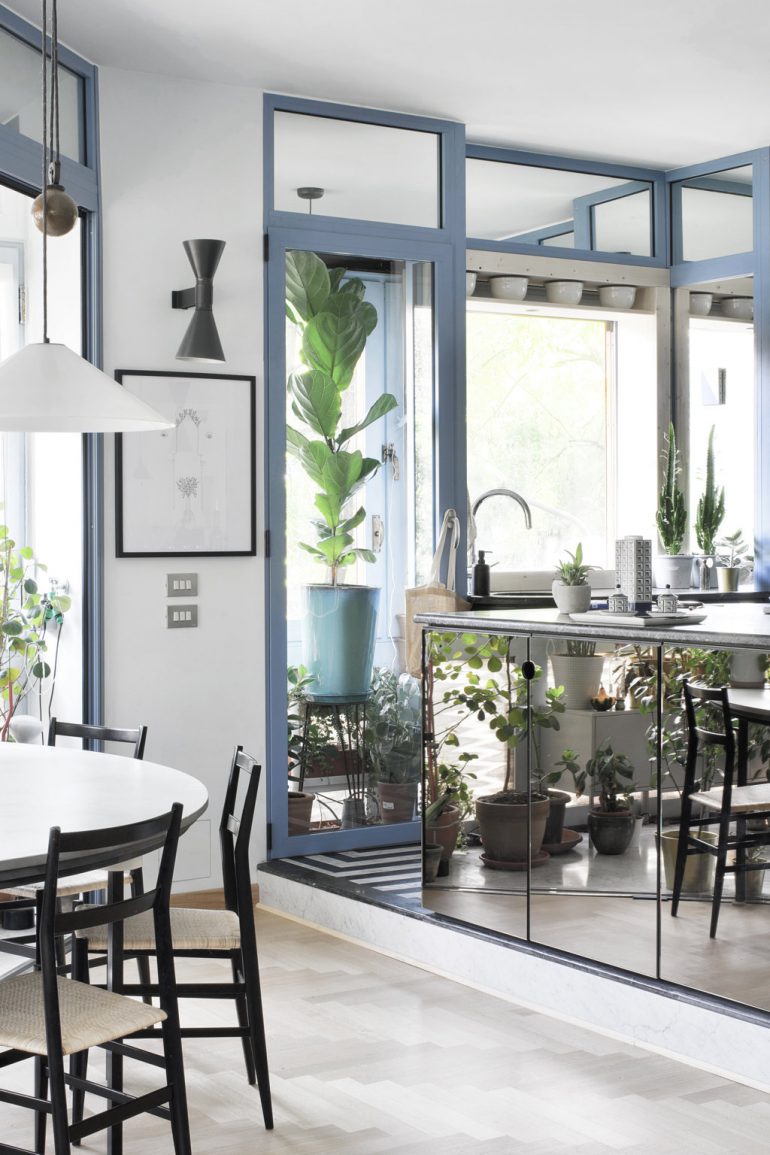 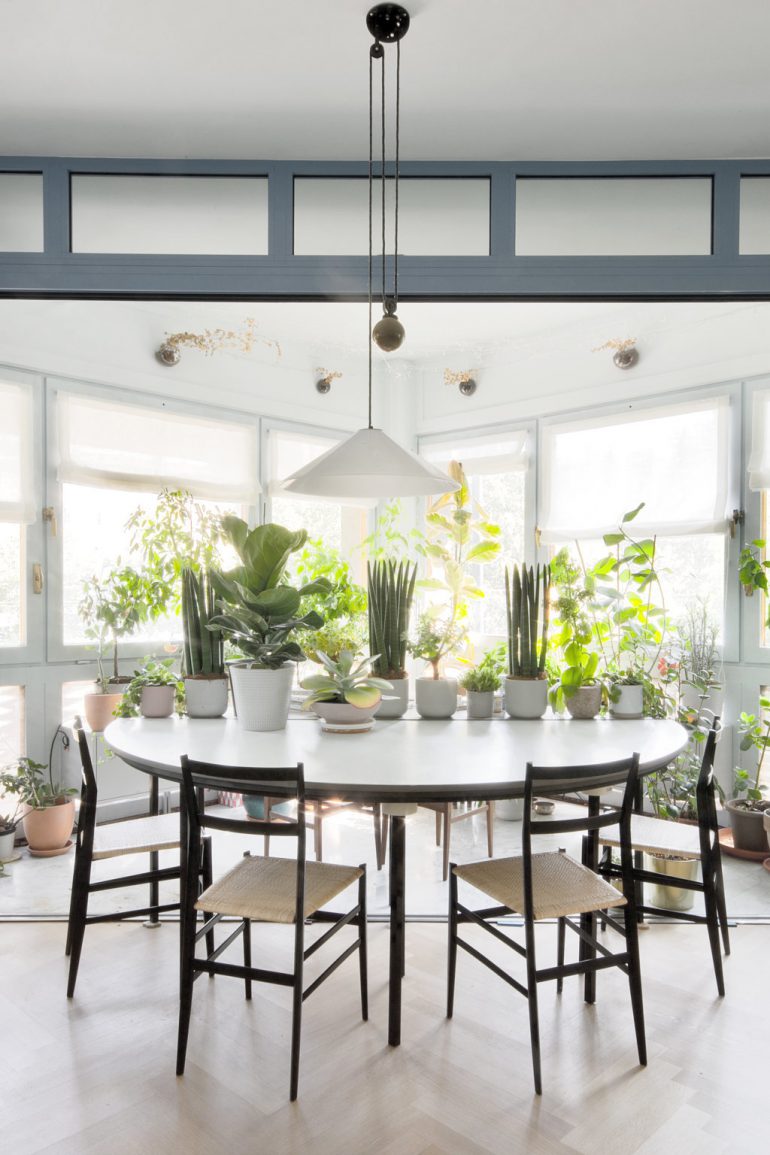 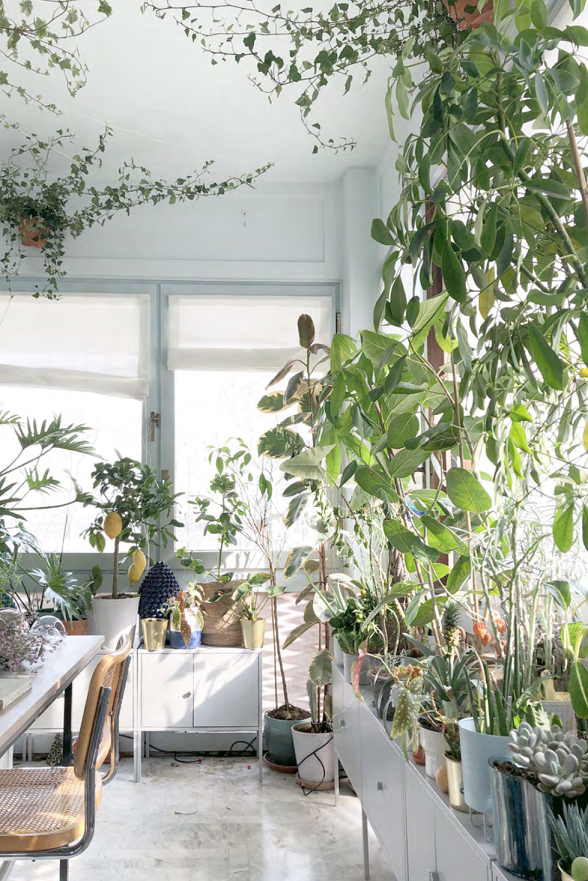