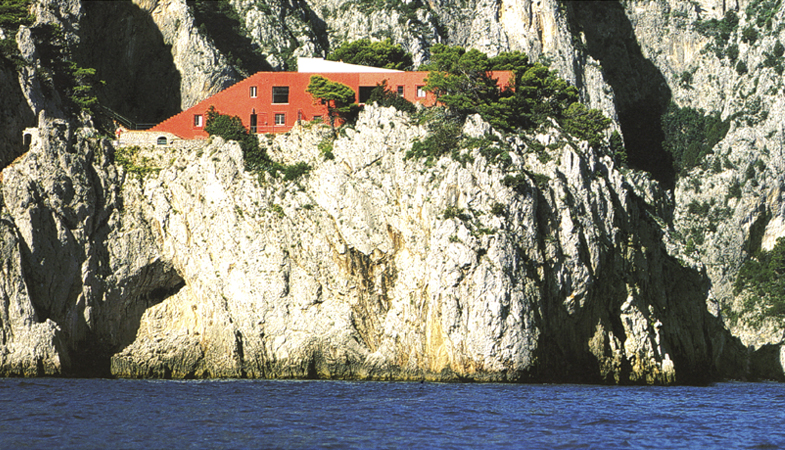 It’s been a long time now.
I always spend my holidays in Capri and when once in a boat as a child, watching me looking at a red house with an unusual shape between the Grotta Bianca and the Faraglioni, my father said “ see that, that’s the residence of a famous writer, does it look like a house?” I said no immediately, without thinking.
When at eighteen I decided to study architecture I always thought while swimming in the sea near that particular object that it was not a house. It seemed to me more but I couldn’t figure out exactly what. It had never been described as being a home.
Evidently I had guessed, it was not a house.
Others, much celebrated in architectural histories, instead were. They pointed to new ways of living in a continuous relationship between form, interior, exterior and volumes consisting of exquisite declines, corrections and broadenings of sense.
This architecture, in the end, made no sense. It was nothing more and nothing less than an object of desire of a unique man in a unique place, a beautiful trap, an untouchable piece.
In my opinion, it demonstrated the need to always have an active role in today’s architecture. Since its construction it had been studied and only contemplated. However, in order to return to being a driving force during a period in which form is again decisive in architecture, not as spectacle but as substance, it is necessary to grasp its concealed strength and emphasize it, subject it to manipulation so that it can return to interact, to corrupt the present, to abandon its rock and become an active element in the generation of other architectures.
Casa Malaparte had a task to fulfil that had never been completely been handed over: it had to ensure that at the same time that no alteration was permitted to change its unmistakable outline, squatted on the cliff with the tense muscles of a prehistoric monster, its eventual substance was in no way affected.
And in this sense the image of Curzio Malaparte and his presence in the building reassured me as to how it was appropriate to manipulate this object that was passionately adored by one of the best known and most chameleonic intellectuals of the twentieth century. Its life was complex, adventurous, and as dense as the incisions of a mysterious hieroglyph.
Perhaps it had never been truly consistent, but then this is precisely the appealing feature of its individuality. Malaparte was a polyphonic genius and the famous red outline, about which great writers the likes of John Hejduk, Manfredo Tafuri, Francesco Venezia and Franco Purini to name but a few have written unforgettable pages, has a laconic and unmistakable silhouette: an Egyptian craft for Hejduk, a sacrificial altar for Tafuri, an enigmatic tomb for Venezia, a drunken ship for Purini, it has always had the charm of a mystery. Similarly, historians and journalists like Marida Talamona, Vittorio Savi, Gianni Pettena, Rocco Ferrari, Sergio Attanasio, Stefano Bucci and Peter Treccagnoli, have mentally reconstructed it as the result of a complicated plot staged by the writer between 1937 and 1945. He brought architects like Adalberto Libera, Uberto Bonetti and Luigi Moretti to Capri along with artists such as Orfeo Tamburi, Raffaele Castello, Alberto Savinio and others while entrusting the construction to the island builder Adolfo Amitrano. So far, the story is quite well known.
I have always believed that writing on sacred texts in architecture serves to make them as intense as the Apocrypha. So last year I held a workshop about this “non-home” at the Seconda Università of Naples where I teach Architectural Composition. The theme was that of alteration and the result I think is in the continuous transformation of Casa Malaparte into an acid dream capable of burning in a starry sky without losing its magic.
A hallucination from which it returns to the world more available, fertile and in hindsight, only slightly toxic. 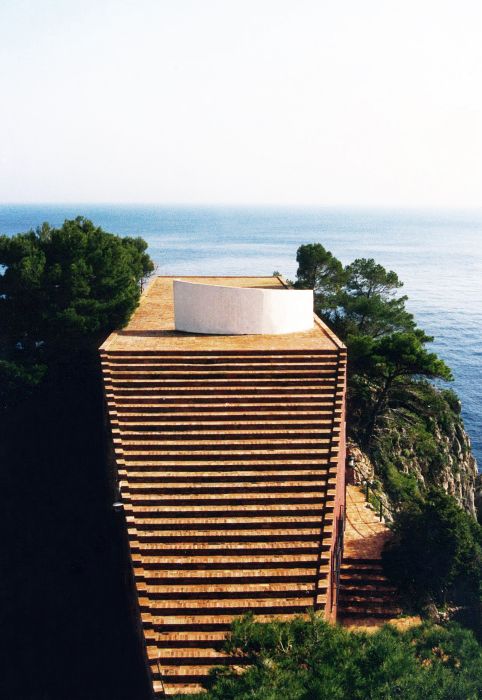 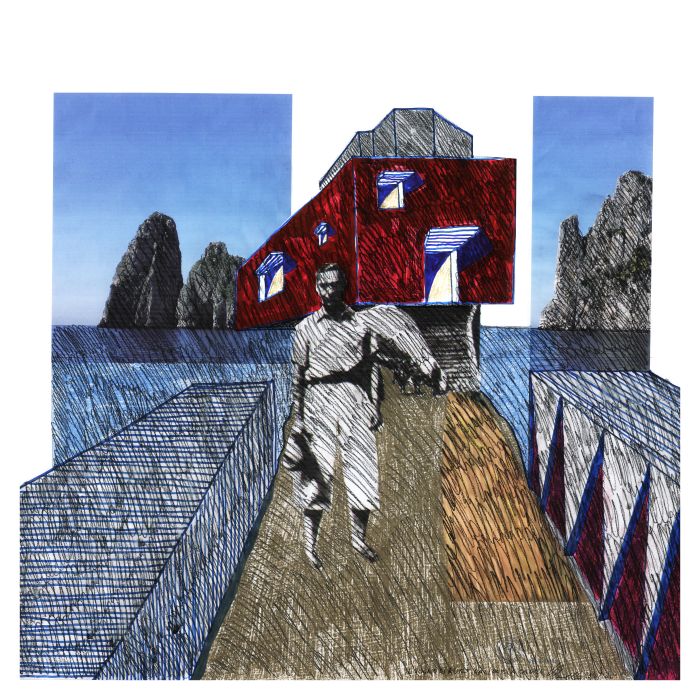 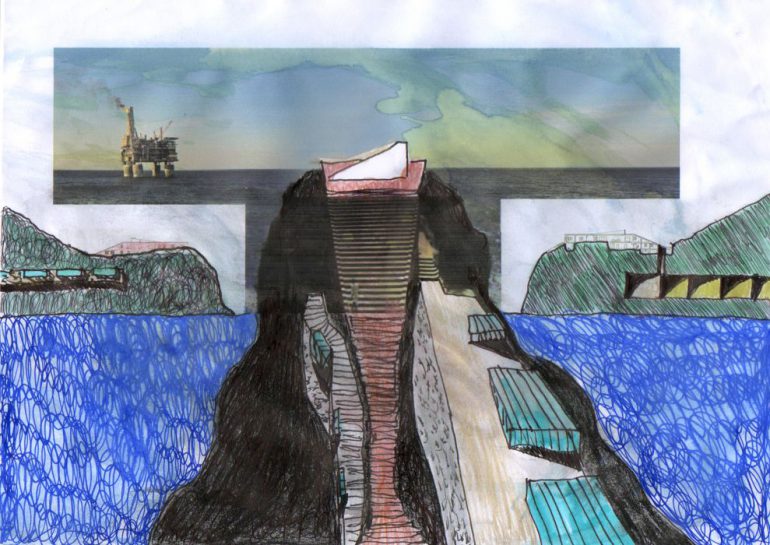 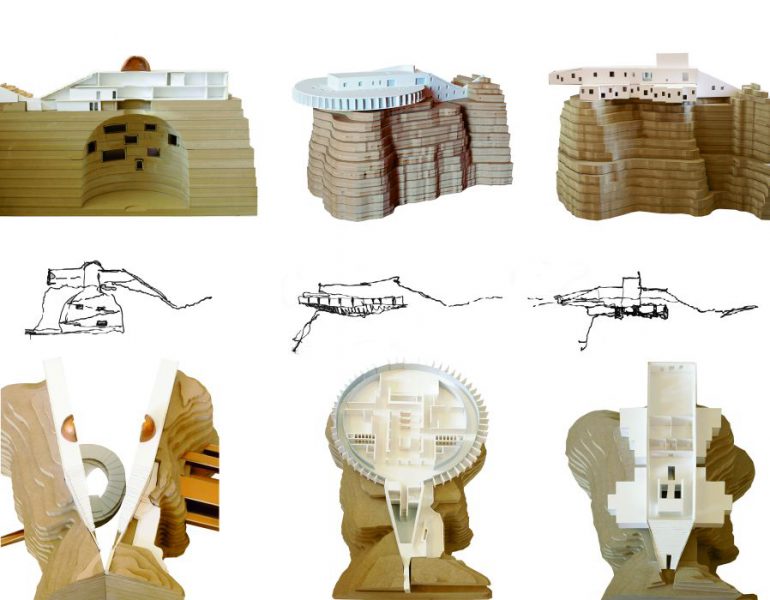