To provide the best possible service, we use cookies on this site. Continuing the navigation you consent to use them. Read more.
COMPANY
·16 June 2016 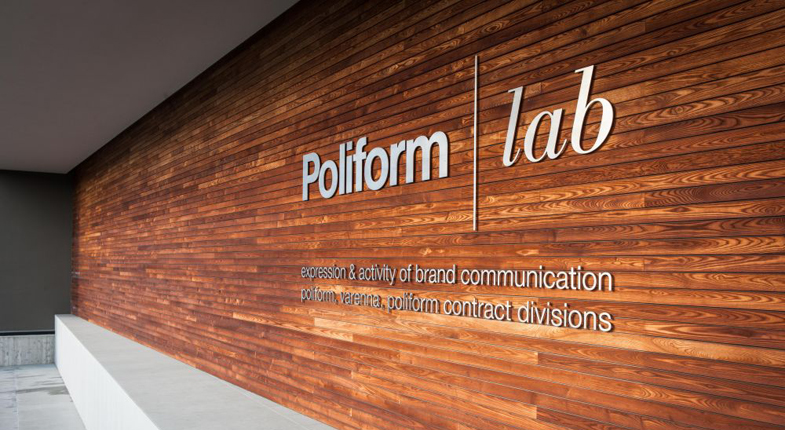 It was a pleasure to interview Giovanni Anzani for PLATFORM, a pleasure heightened by the concern I had felt for him some time ago, the fear of not seeing him as active as before because of the illness that had afflicted him. Instead when we met, he was in good shape, ready for the next challenge and as attentive as always.
We are inside the Poliform Lab, the latest creation in the Poliform universe, the building that houses design offices, photo shoot sets, meeting spaces for clients and a large showroom, a sort of permanent stand where the whole production range is on display: from kitchens and day and night systems to bedrooms, upholstered furniture and accessories.
At the entrance the “Io” wardrobe, designed by Paolo Piva in the 1980s, has pride of place, an iconic company product.
Giovanni Anzani begins to tell me about the Poliform adventure. As with many Brianza companies it had its origins in an artisan’s workshop and production was handled at the family level, starting in 1942 by the two Anzani and the two Spinelli brothers, all cousins. After the War, production resumed at a higher level than before to meet the needs of the market, but it was the entry of the new generation into the company in the 1970s that started a cycle whose results can be seen today.

LB How did your generation come to be part of Poliform?
GA We were little more than boys, I was still technically underage, I was twenty (you became an adult at twenty-one, then); my cousins Alberto and Aldo Spinelli were twenty-two, and twenty-four respectively. Our parents had great confidence in us and let us start right at the top, always by our side, but never interfering with decisions.
We felt a great responsibility on our shoulders and it was a matter of pride for us to demonstrate to them that we were able to succeed, even more so than for ourselves and the outside world.
Of course there were those who expected to see us get into trouble, instead we ended up with having up to fifty employees, and at that point we started to become an example for many others: we also showed young people could achieve results! We built the first six thousand metres of factory on trust and then the results started to arrive. It was a challenging job; we also worked on Saturdays and Sunday was often dedicated to working out together how to sort out the work to do. This unity of purpose has never left us and even today we still work everything out together and face challenges with the same enthusiasm.

LB This responsibility as a threesome, which has united you since you were all young, seems to have worked. How do you divide up the tasks?
GA Aldo is mainly involved in production and dealing with banks, Alberto looks after the commercial aspects and contacts with architects while I am responsible for the organization of costs, procedures and communication, including the job of monitoring the implementation of exhibitions and catalogues. After forty-six years of commitment I still have the same passion. Today we share this project with our eight children, and thanks to their diversified skills we have been able to grow from a commercial point of view. We have 600 employees in Italy and 100 abroad, including 50 in the United States. Our showrooms in New York, Miami and Los Angeles have a large turnover and are a reference point for integrated kitchen supplies, furniture and bathrooms. We achieved a turnover of about €154 m, which after having been stable for a few years, then grew by 20% in 2015. This is an important result that comes from the effort put into investments and resources undertaken by the whole family.

LB The generational change that seems to be a problem for many Italian businesses appears instead to be one of your strong points. How have you dealt with growth in foreign markets and other difficulties/opportunities in the field?
GA We started investing abroad during the 1980s, focusing first on the European market (Switzerland, Austria, Germany) and expanding into the world market from the 1990s. Today we have a presence in over 80 countries with 75 mono-brand stores. In 2007 our sales were divided between 30% abroad and 70% in Italy but today, to our satisfaction, this ratio has been reversed. It is not easy to make international markets understand the quality of Italian production.
Of course there is a large draw created by the image of Made in Italy and fashion, but while in some areas you can invest strongly on the brand, in the furniture sector you have to make major investments in technology and development with turnovers that remain limited in our industry.

LB You have also made significant investments in production plants increasing the range of products. How is production distributed?
GA Production for the day area takes place at the Inverigo plant, while Arosio is focused on the night sector, Varenna in Lurago produces kitchens, upholstered furniture is made in Lurago and the accessories in Anzano, while the Poliform Lab in Inverigo brings together research and development. We’ve gone from the initial traditional joinery production to developing a system for cabinets and wardrobes, we acquired Varenna for the kitchen sector in 1996; this was a brand that was difficult and had its own important tradition behind it, while in 2000 we looked at the contract sector and upholstery was taken care of in 2006. Finally we conceived and developed this new Lab space for integrated design for our supplies in 2011.

LB What were the outside partnerships that really highlighted the company’s growth?
GA Until the 1980s we were not aware of what design could really be for us. We produced furniture that formed a part of the indistinct world of contemporary furniture. What was fundamental was the decisive meeting with the architect Paolo Piva and the new design that he was able to give to the factories and the products.
In particular, by creating “Io” we were able to focus on a different view of what the wardrobe was, no longer just a container made up of tubes, shelves and drawers, but a world to explore, full of suggestions, features, precious details and finishes to show off.
That became a research laboratory for a product that was not yet on the market. That idea was the basis for the creation of the systems that followed. Today we create containers starting from a structure, a chassis, on which we assemble a body and a wide range of accessories.
The partnership with Paolo Piva continued for over twenty years and its products, not immediately understood by the public and the press, have definitely established themselves over time.

LB What other architects have you worked together with?
GA Other important partnerships were with Paolo Nava, who designed several products and “Baby Boom”, a program for children’s bedrooms presented at an event in collaboration with Bruno Munari, which achieved great critical acclaim but less commercial results. We tried a collaboration with Christian Liaigre that did not go ahead and later we worked with Paola Navone, Rodolfo Dordoni, Daniel Libeskind, Marcel Wanders and Carlo Colombo to whom we owe the design of this building. Lately the partnership with Jean Marie Massaud has become more intense.

LB Which are the most representative products along this route?
GA The “Wall to Wall” program by Luigi Massoni in 1982, which led to the entire “Wall System”, the Morgana bed in 1984, the “Io” wardrobe in 1989, the “Onda” bed all by Paolo Piva, the “Florian” furniture system and the “Baby Boom” programme by Paolo Nava, the “Atmosphere” wardrobe programme with interior lights and mirror doors created with Mario Dell’Orto of Operadesign and the “Ubik” program from our research centre. In recent years custom-made design for our customers around the world has helped to create furniture for exceptional installations in Milan, Monte Carlo, London and New York with studios that operate internationally from Antonio Citterio to David Chipperfield.

LB In what way does Poliform differ from the competition?
GA We are one of the few companies able to provide a complete range of furniture for different areas of taste and price ranges. We can satisfy both requests with products on a reduced budget, even if designed by international designers, and provide wardrobes with highly sophisticated finishes and with important dimensions that can cost even up to €300,000.

LB Haven’t you set up a relationship with Art Direction? In many companies there is a partnership of this kind. Perhaps with you there is a sufficient and different style of working together?
GA The development of the different sectors has put us in contact with many important studios but, in fact, we did not want to rely on anyone in particular to help us understand what the direction was to follow. We have not even entrusted economic decisions to managers. We are entrepreneurs and it’s up to us to know where to go!
Making our own mistakes in all these years, we have come up with these results. As a matter of fact, we like deciding what to do too much and so we’ll continue to do so.
And we have fun as well! 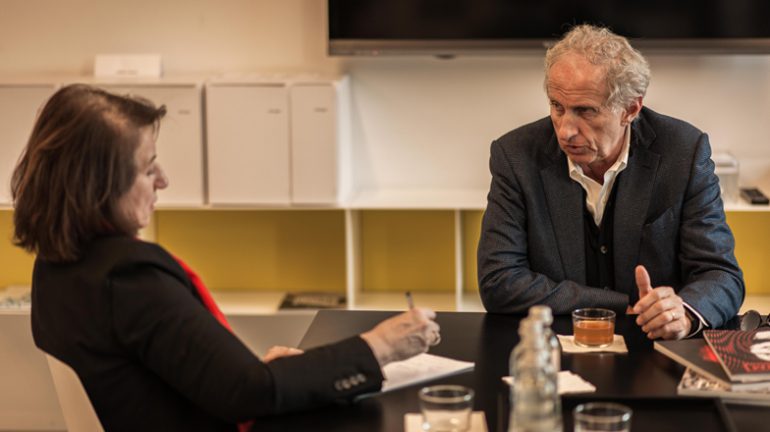 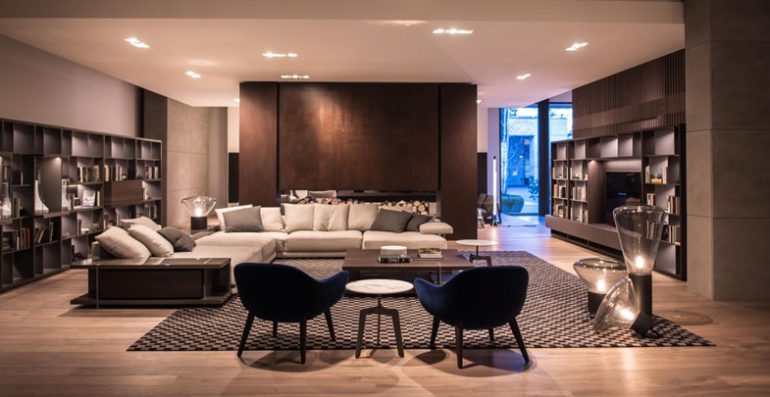 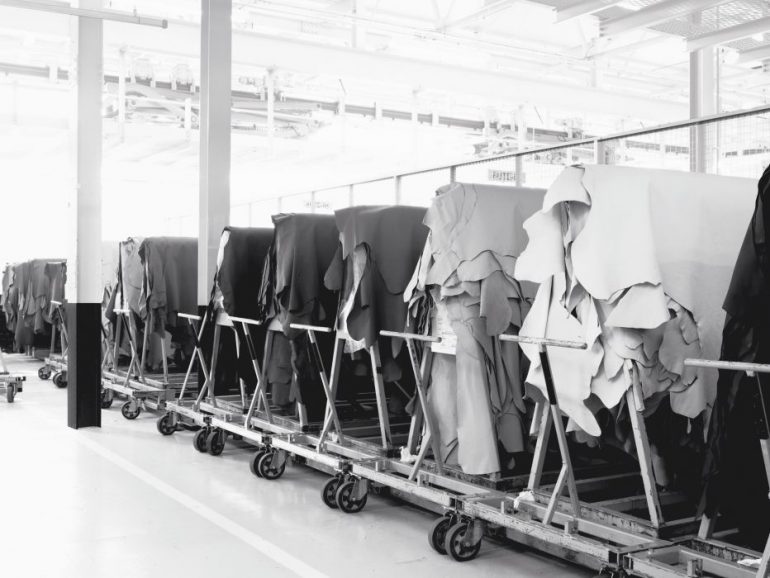 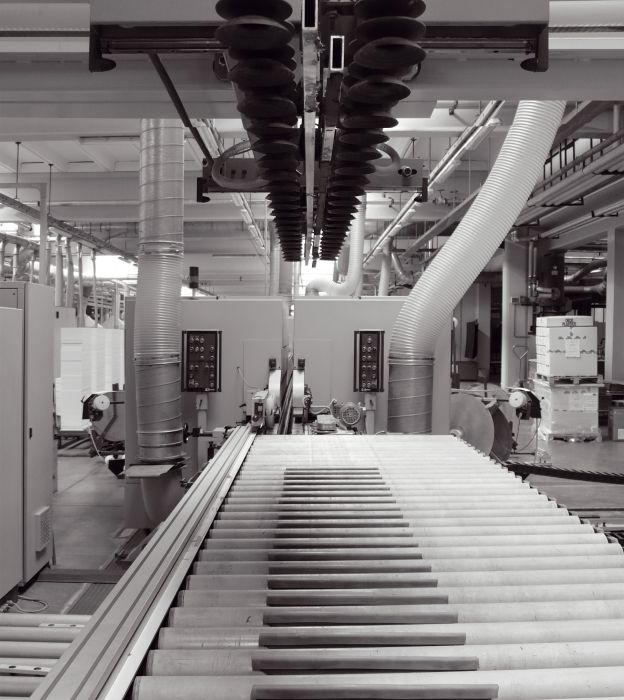 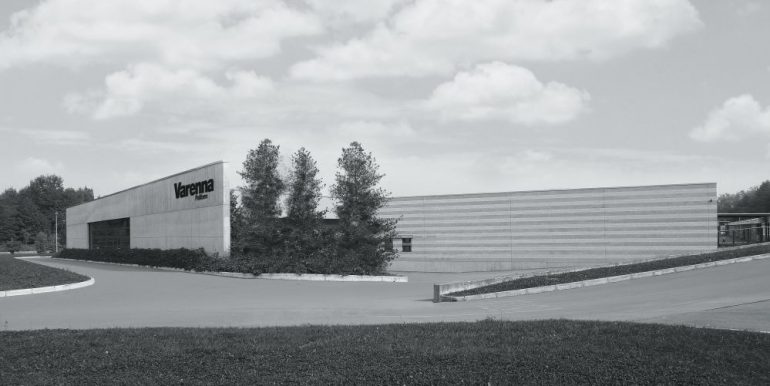 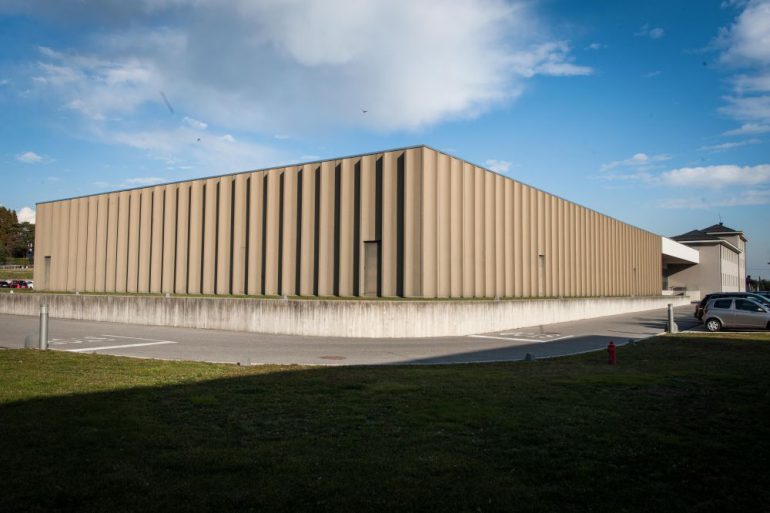 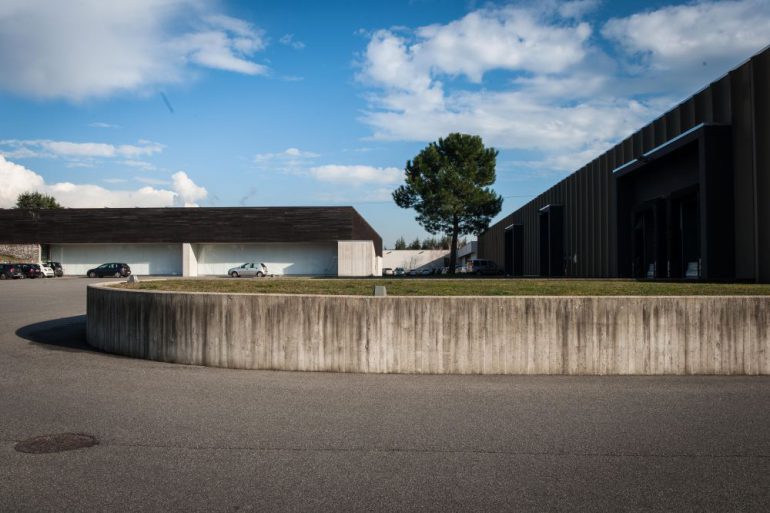 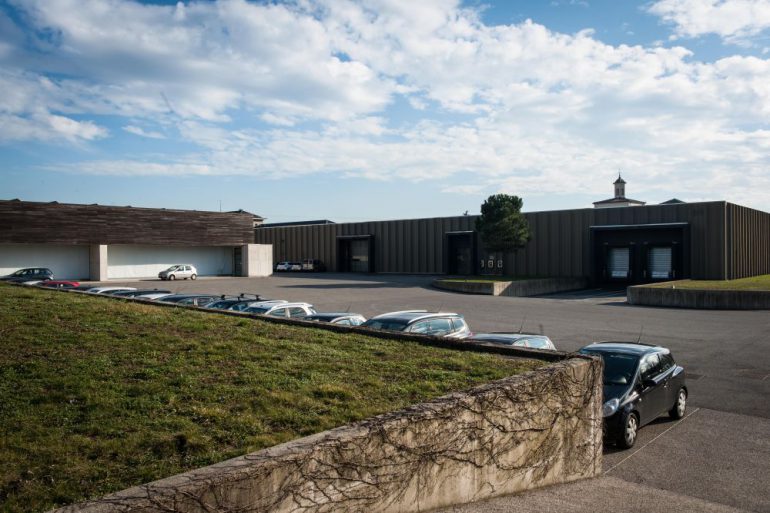 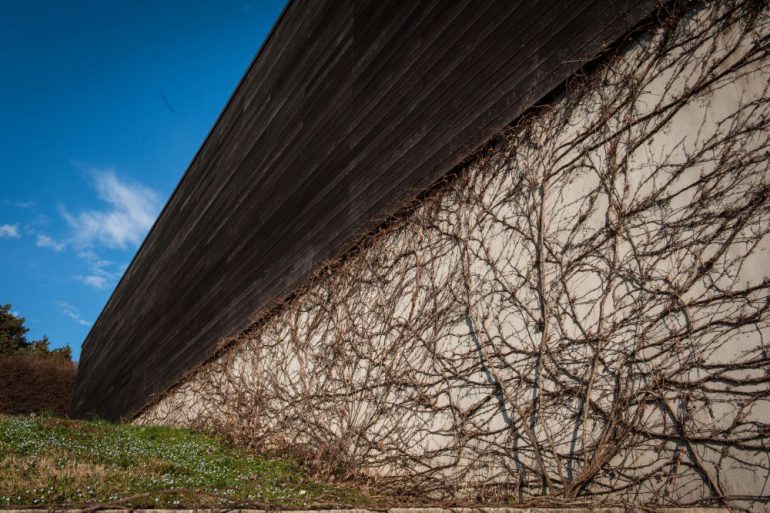 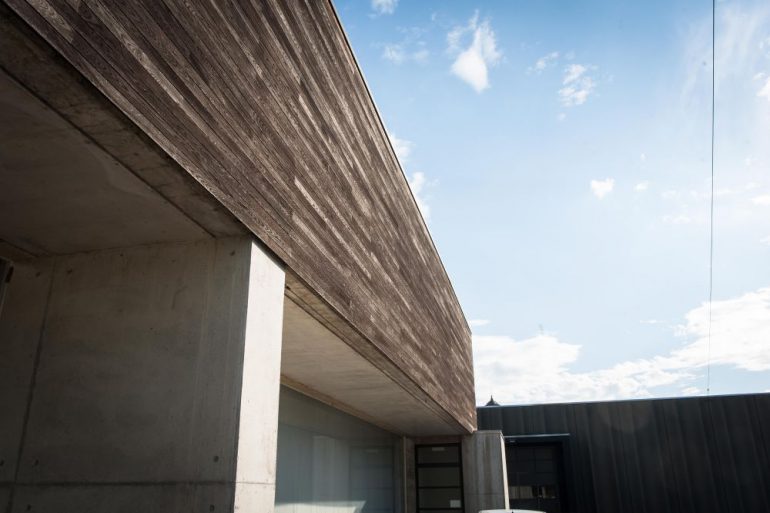 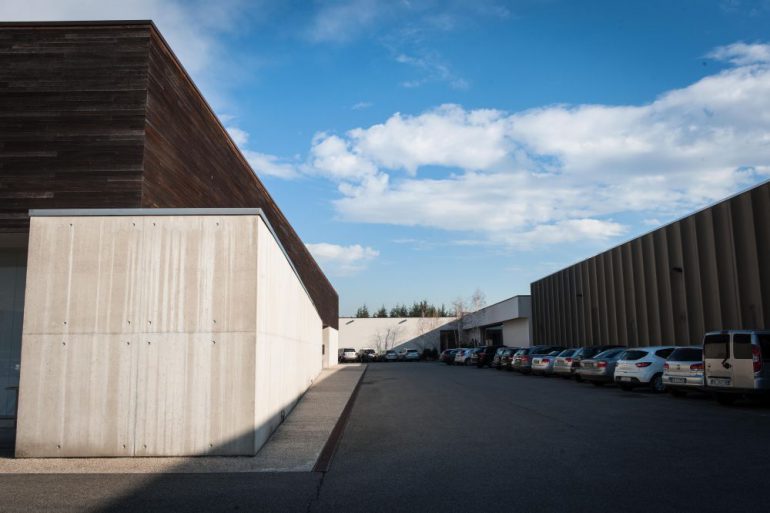 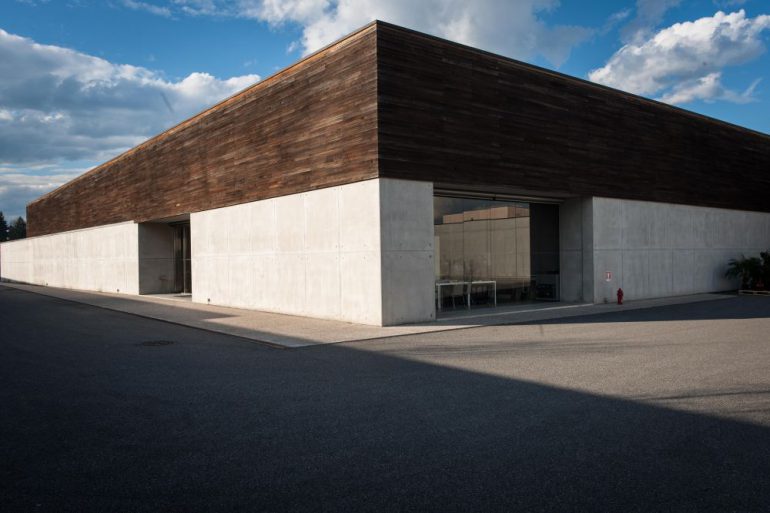 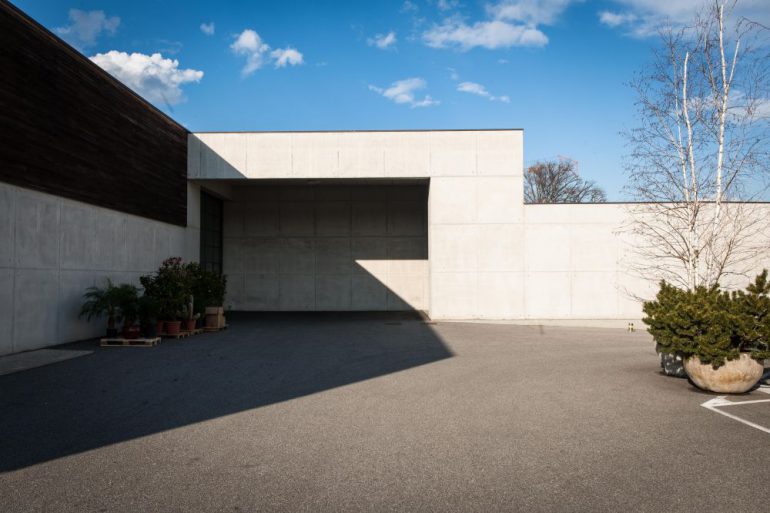 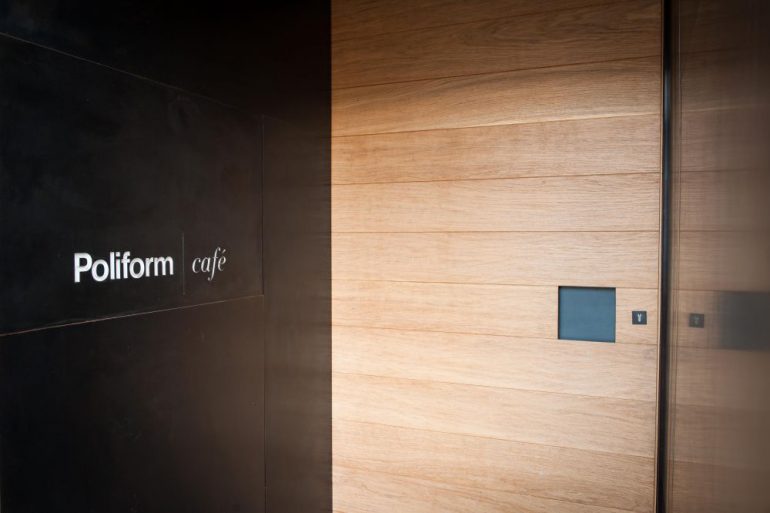