To provide the best possible service, we use cookies on this site. Continuing the navigation you consent to use them. Read more.
PROJECTS
·1 December 2020 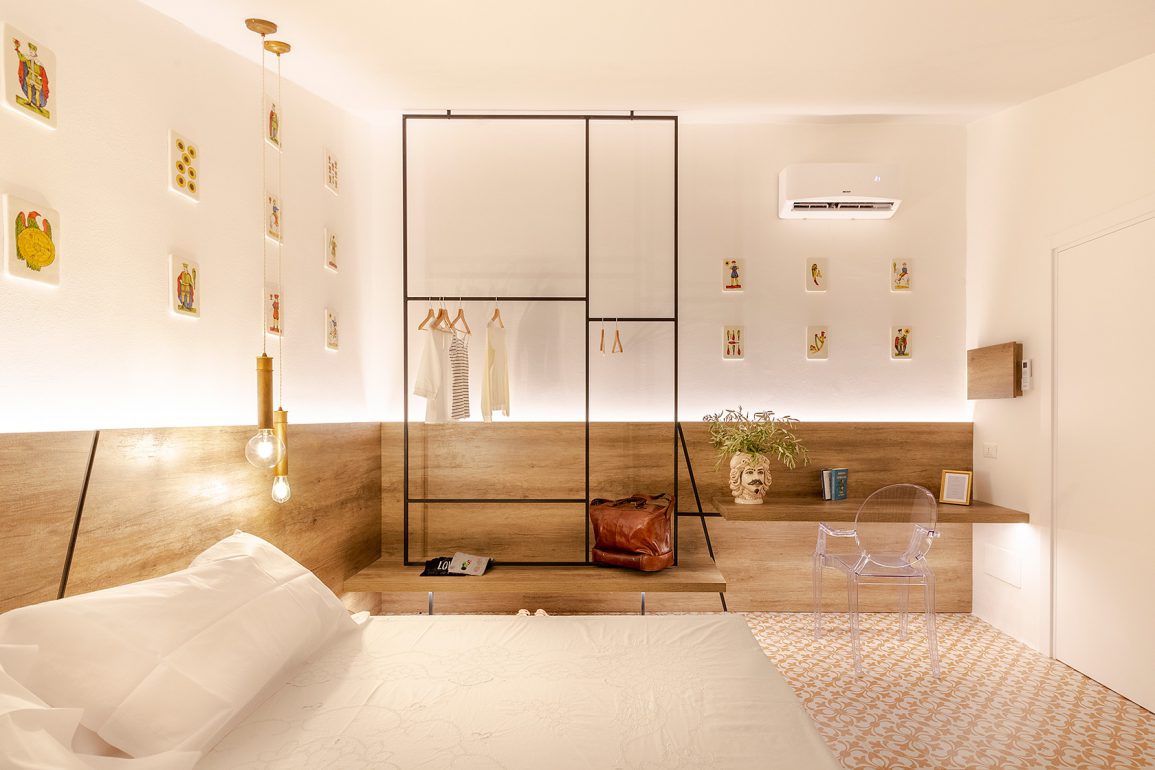 Filinona B&B is a project that fits into the baroque Sicilian atmosphere of the historic centre of Noto.
Tradition and modernity are the stylistic choice maintained by the designers, who wanted to recreate the warm atmosphere and the ancient flavour of Sicily.
Tradition, however, meets flexibility and hospitality suitable for contemporary customers.

Filinona B&B is divided into three rooms on two levels, connected by a white stone staircase and illuminated by classic Sicilian “cavagne” shaped pendant lamps.
The uniqueness of each room is emphasized by details and peculiarities inspired by elements of local culture, such as Sicilian papers, wicker baskets, colourful ceramic plates. Among the other decorative elements, attention is also captured by the patterns of the flooring that develop from the rooms towards the respective bathrooms up to the ceiling, made with small tiles, enlivened by the colours and motifs belonging to the island’s iconographic memory.
The references to tradition in the common areas are instead enhanced by the presence of two gigantographies depicting moments of everyday city life.
Finally, the breakfast room is interpreted as a place of conviviality, where sharing is emphasized by the unique oak wood table around which there are several seats of different types, as if to recall the parties in the square and in the alleys of the historic centre.

The project realized for Filinona B&B wanted to recreate an environment able to stimulate the guests and make them curious about Sicilian culture and traditions.
On the other hand, contemporary aspects can be recognised in the approach to the distribution of the rooms and in the careful provision of modern services. 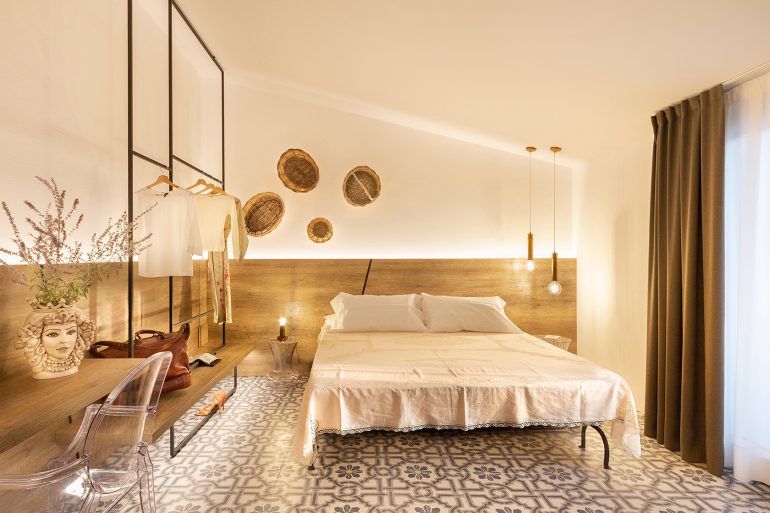 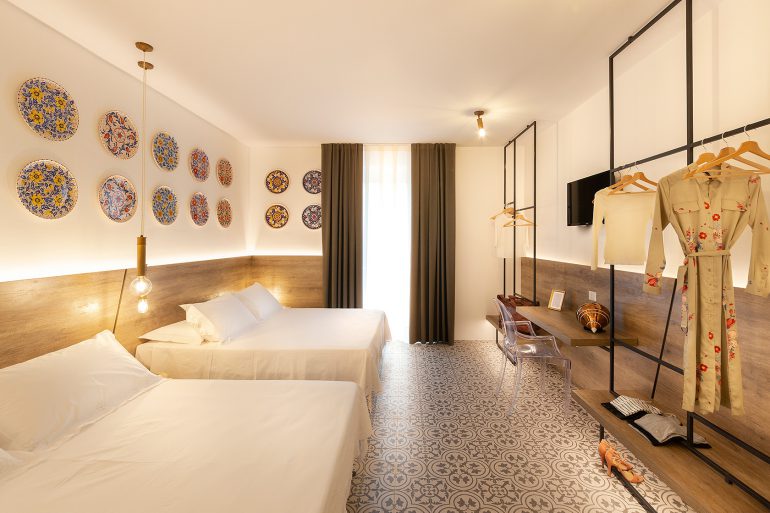 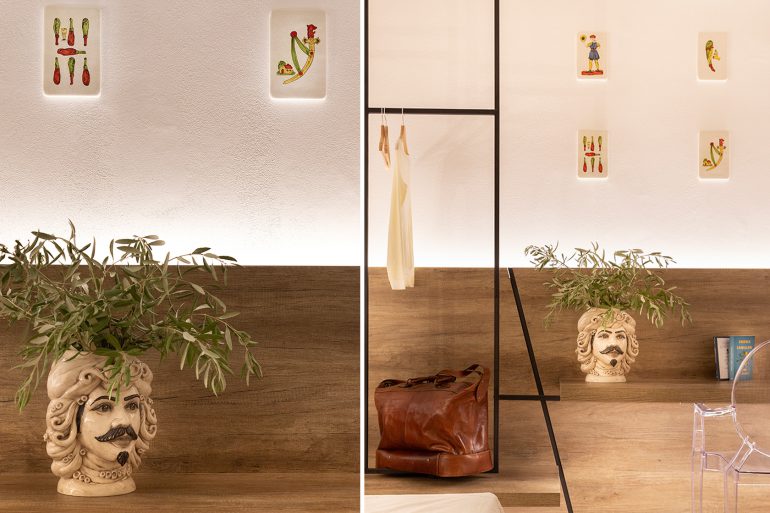 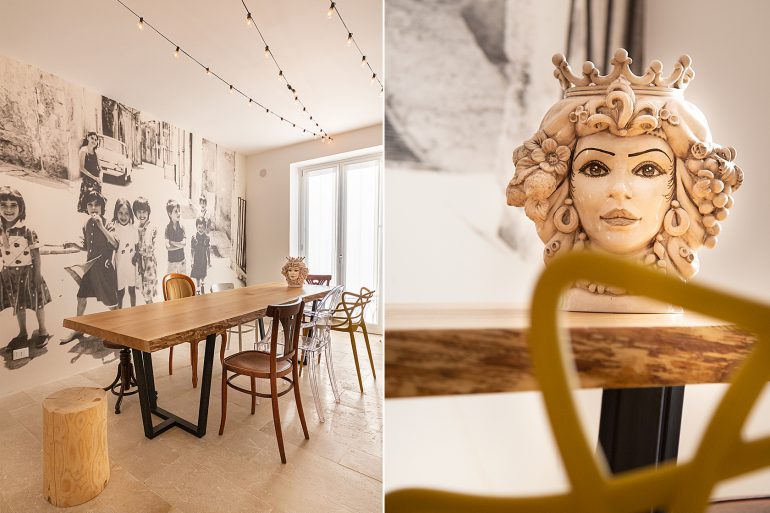 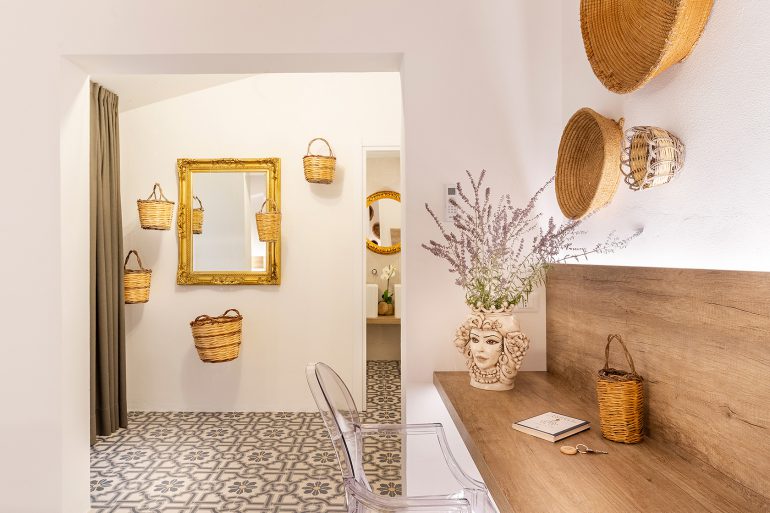 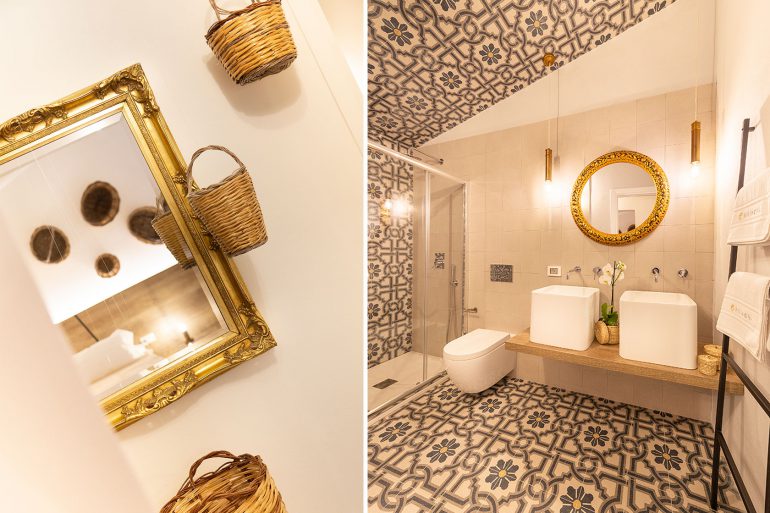 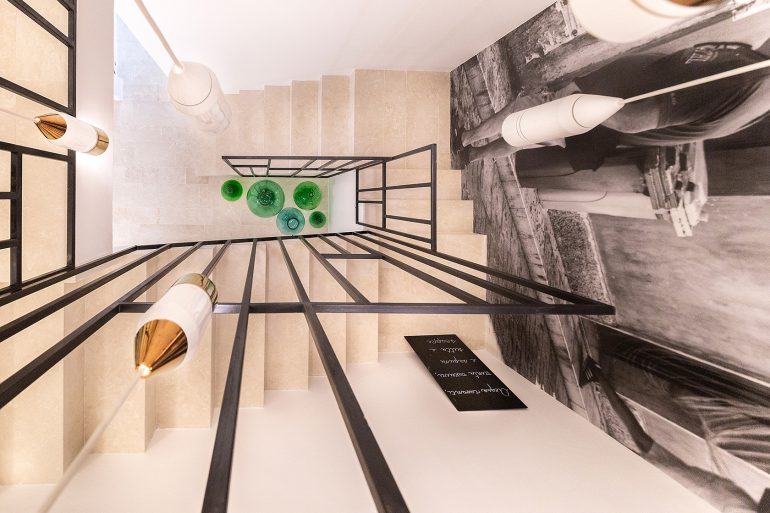