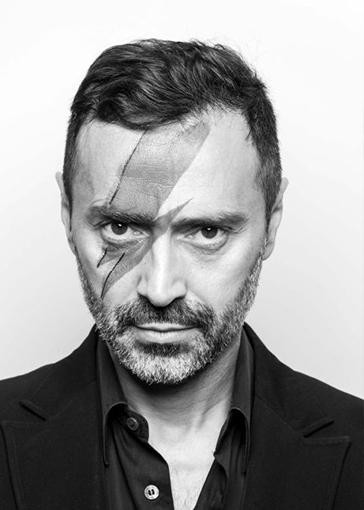 Fabio is there waiting for us wearing his provocative t-shirt bearing the legend “Who the fuck is Fabio Novembre?”
He welcomes us very politely although his expression is curious and questioning; he is almost certainly wondering what to expect from this interview. It only takes a few minutes to establish that we can trust each other and there is only the desire on our part to find out more and get to know him better compared to simply looking at the polished exterior which we are used to seeing.
The public image that often emerges of Fabio Novembre is of a designer who is extremely self-confident, a fundamental part of the Design Star System, and something else as well; sometimes a little over the top in his outbursts. At least, this is the person that I am prepared to meet.
Instead, I find a mature man, despite the air of easygoing youth; a very courteous man, who wants to talk about himself and open up without any restraints. Heart over nerves; at times resulting in a disarming tenderness. I don’t feel it is the moment to ask about his products; I would prefer to investigate and better understand who Fabio Novembre really is.

Fabio Novembre
Who am I ? An old man, maybe even prehistoric, in the sense that my values are basic ones: family, friends, work. I do not set myself priorities: or rather, my daughters are the absolute number one thing but otherwise, there is no clear boundary between my private life and my working life. Work is my life and my life is within my work. Once you understand this about me, you will also be able to understood my professional dimension. At the end of the day, in order to understand who a designer is, just look at his work: the objects we create are radiographs of our lives.
My projects and designs represent me because they are extremely simple, instinctive and primordial in the etymological sense of the word.
Mine really is pop design: pop in the sense of popular and popular in the sense of being simple, easy to understand.
This immediacy derives from my being an old man.
I’m a sort of contemporary caveman and all I do is leave handprints on the walls of a cave.
It was the same when communicating with my daughters. When they were younger, often I didn’t explain things but instead I would hug them and make noises, I tried to use a physical presence to convey what my feelings were to them, what was right or wrong for me. I’m a sort of evolved gorilla: insanely instinctive, very animal, extremely primitive.

Simona Finessi
Have you always been like that or has your approach to design changed over time?

FN: It has definitely changed, but not in the way that you might think. Age and experience bring an awareness that changes your perspective. When I was 20 I would have said: “You have to be like that in order to be creative …”. At 50, I just feel like saying “Everyone does what the fuck they want”, because there are no rules of engagement for this profession.
Zygmunt Bauman was right when he said that we all live a liquid life: we just have to float in style and eventually swim, if we think we have a direction.
This is also because now creativity is being kicked in the ass by the rest of the world; everything is so mixed-up and false that it is impossible to distinguish the significant features of what is design and what is just fake-design. There are so many interpretations that we can no longer talk about creativity.
Lots of people try to force these things on you, to bombard you with particular messages, but all you have to do the moment you understand them is say: “what the hell are you talking about ?!” Since I can’t stop this tidal wave of ignorance, I stand aside from it: I have nothing to do with it, I refuse to be overwhelmed by it. Look, let’s say that these days I have realized that there is nothing to understand.

SF: What is it that you really can’t stand in the world of design today?

FN: I cannot stand fake creativity, those people who insist on pretending to be creative even when they would be better off doing nothing. We are all born to do something, each of us has talents to use, but those people who persist in trying to demonstrate skills in areas that they just do not have really piss me off. There was a time when I wanted to be a musician; then a director; then instead I realized that I knew how to do things with space, I have a great perception of space, a tremendous grasp of the third dimension, so it is very easy for me to do what I do. Sometimes I almost get angry, because things are so easy for me that I get a little bit lazy. I have a sort of innate Levantine laziness.

SF: Is your life today how you had imagined it when you were a boy?

FN: I’m not one of those people who knew what they wanted to do when they were young; mainly because, as I told you, I liked a whole lot of things. So no, because of this, I hadn’t imagined any kind of future for my life because I have never asked myself “What will you be when you grow up?”
And even today I never ask my girls “what do you want to be?” I find it limiting and I prefer to keep things on a simpler level, otherwise you create too much pressure.
When my elder daughter tells me “When I grow up I want to be an ice cream maker because I like ice cream” I think it’s amazing! In my opinion, how you educate children is just down to a view of the world. I am a Libran, I always try to balance things and establish harmony.

SF: What is friendship for you?

FN: For me friendship is essential. My telephone directory is like Obama’s: I’ve got friends all over the place. When they’re with me, people open up like with no-one else because I’ve got no hidden agenda. I have no inhibitions. I like to get shot of every burden and not just metaphorically, I like being naked.

SF: You have designed for some very important companies: how does your working style change in terms of client relationships?

FN: A small customer and a big one are absolutely identical and my attitude and the relationship I establish is the same. It is always about people: they have to be nice, you have to have a feeling, a kind of gut instinct, you have to like each other and that’s the only way to produce great results. It’s just a matter of being on the same wavelength. As children we are all animals, which is something we lose when we become adults, but if we’ve grown up in the right way there is a time when we go back to being animals, in the best sense of the term.

SF: What do you hope for in the future?

FN: I would hope not to waste my talent.
I already said that I am a bit lazy and so if I work less than I should, I get angry with myself because if I have been given these skills and abilities, I ought to put them at the service of others. If I know how to do something, that thing is not mine, it belongs to everyone. For a musician, songs are not his, they belong to those who listen to them. It becomes a kind of means of communication, an antenna that receives and sends a signal, so when I waste my talent I get really pissed off, because every creative gesture missed is a lost opportunity.
If people who have talent do not put it to good use, everything gets clogged up with false creativity, it’s all show and no go, an unnecessary background noise, when in fact there are people who have some very interesting things to say who should be given the microphone. I like the idea of being able to hold my own,to leave no room for those who don’t deserve it. 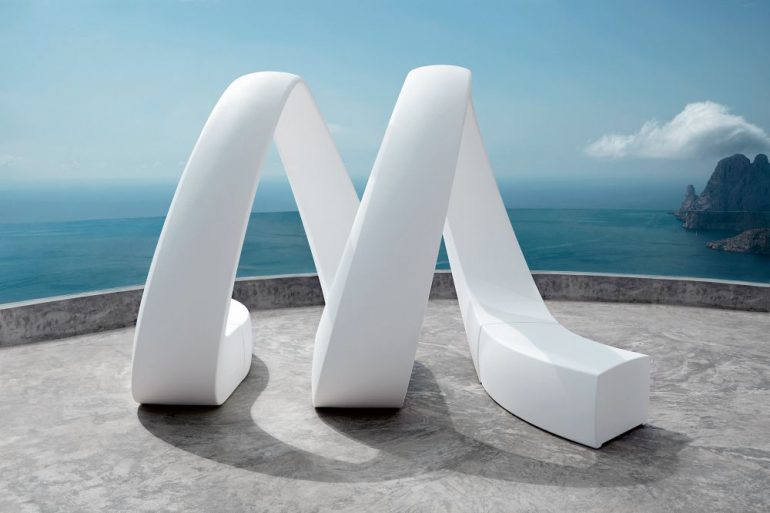 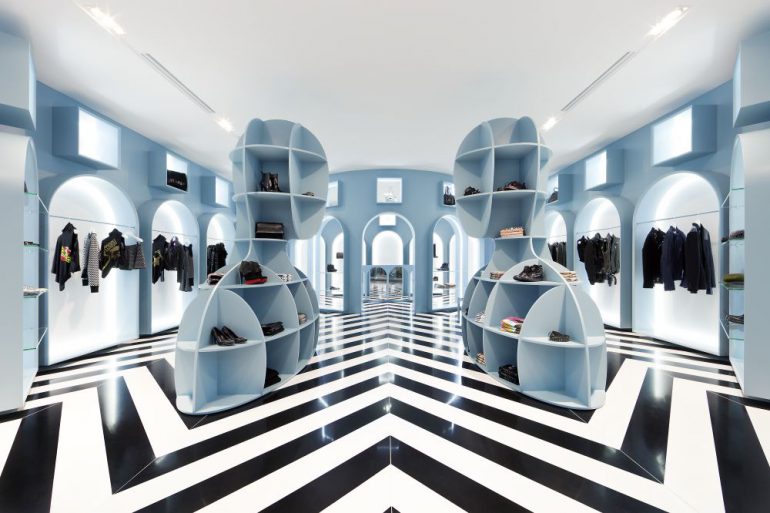 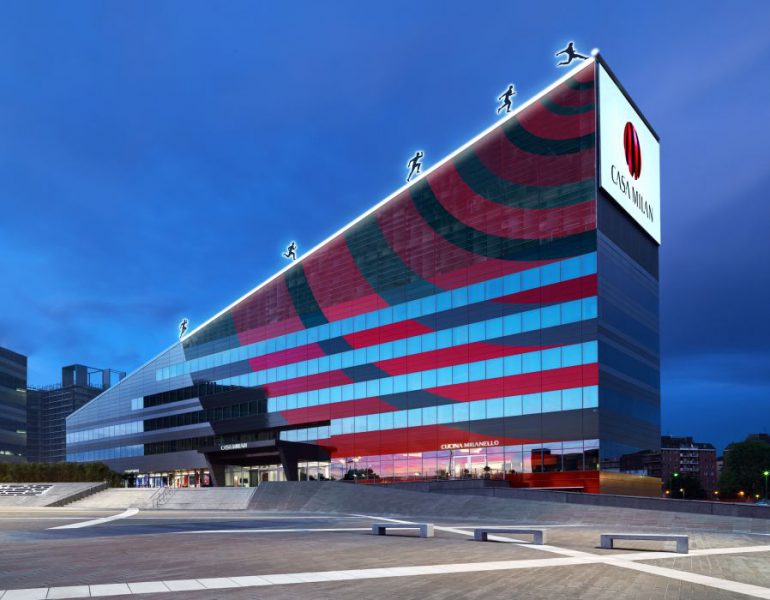 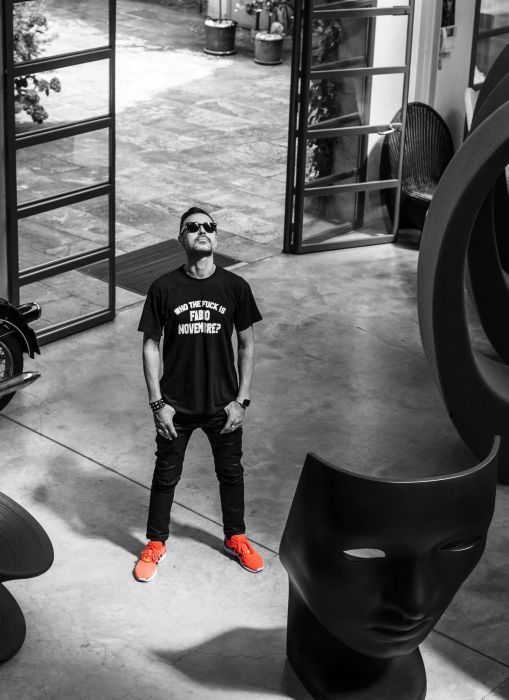 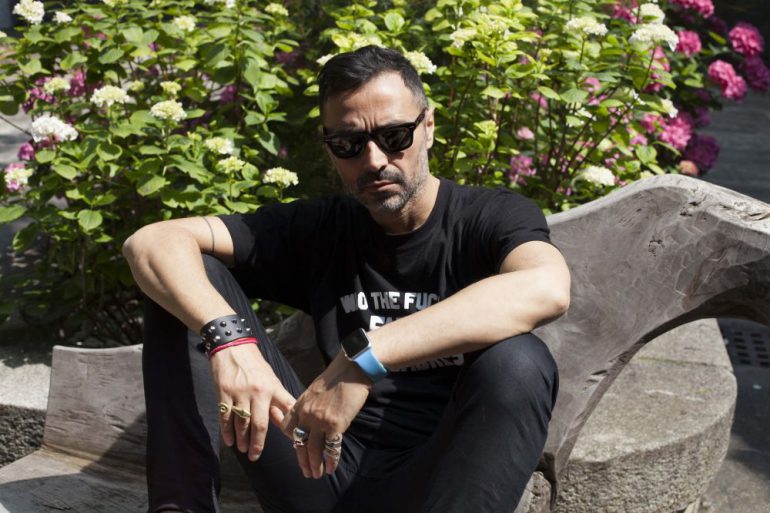 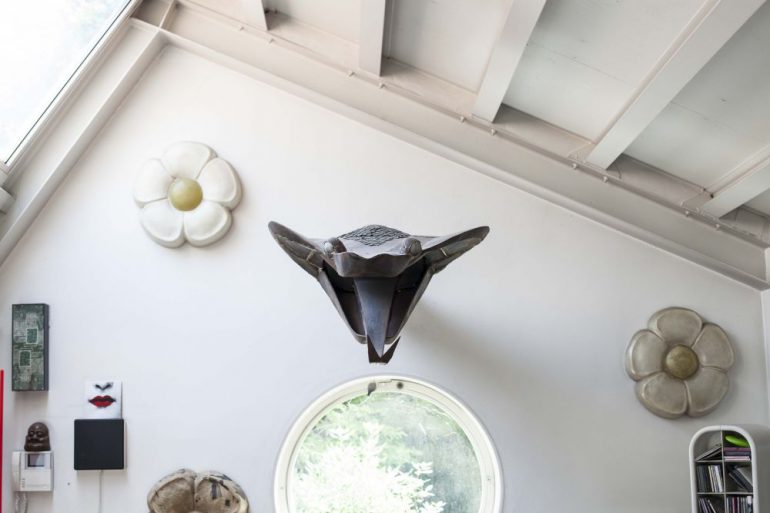 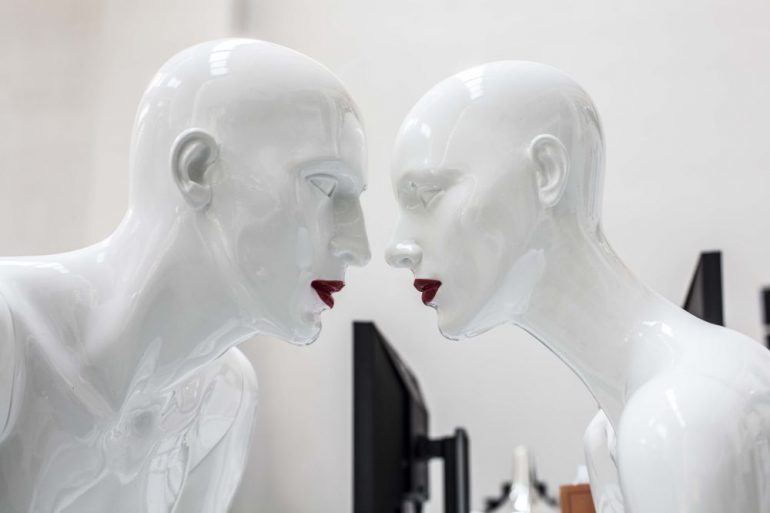 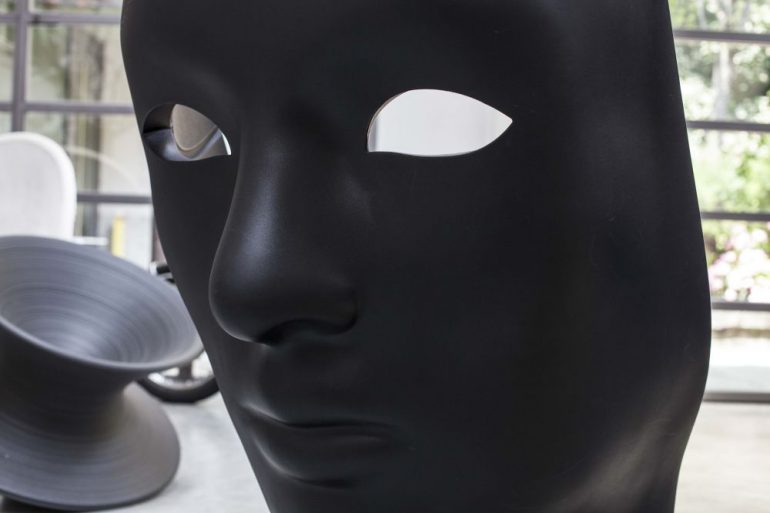 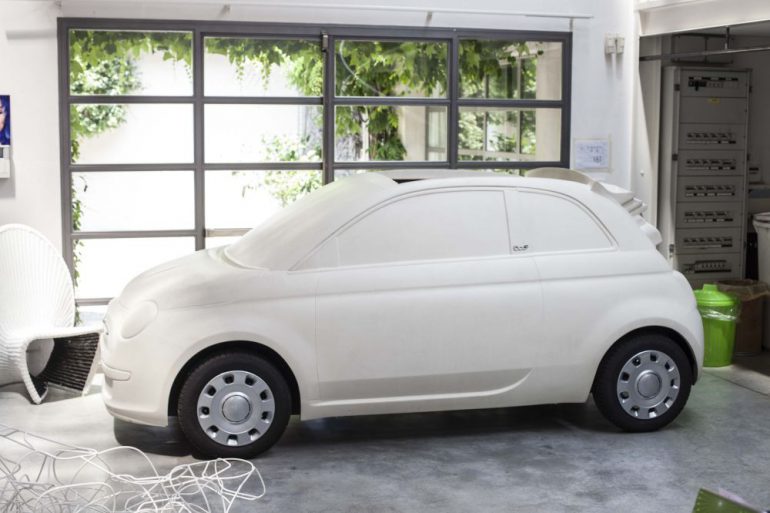 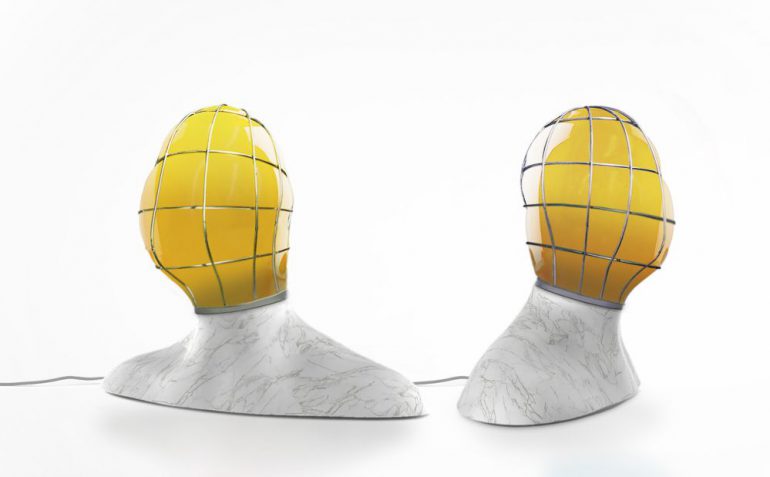 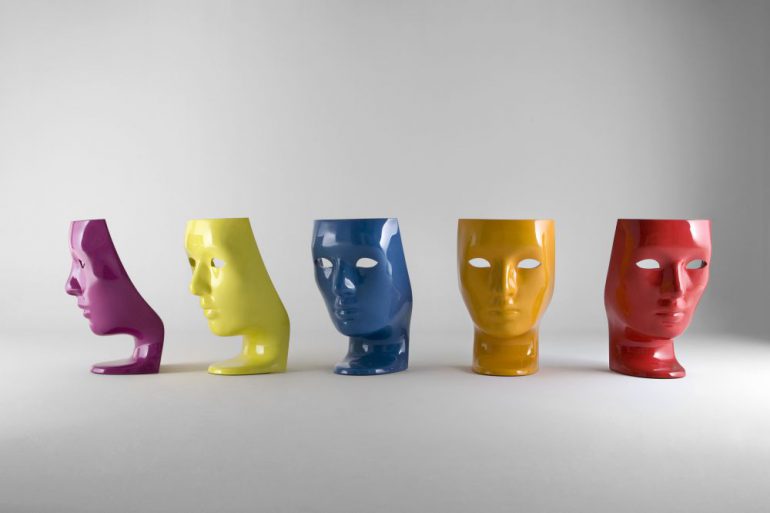 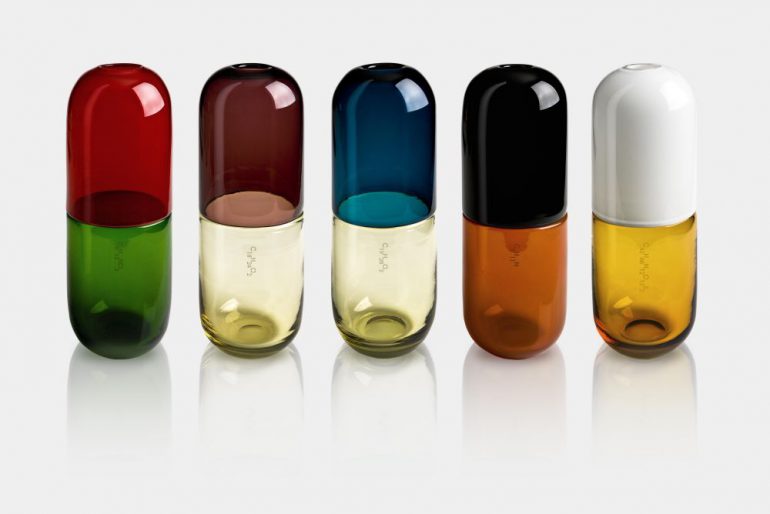 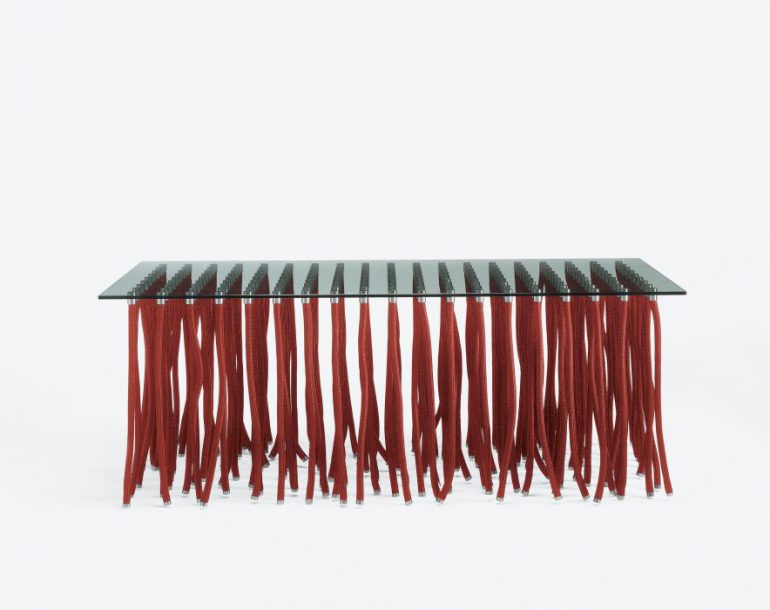 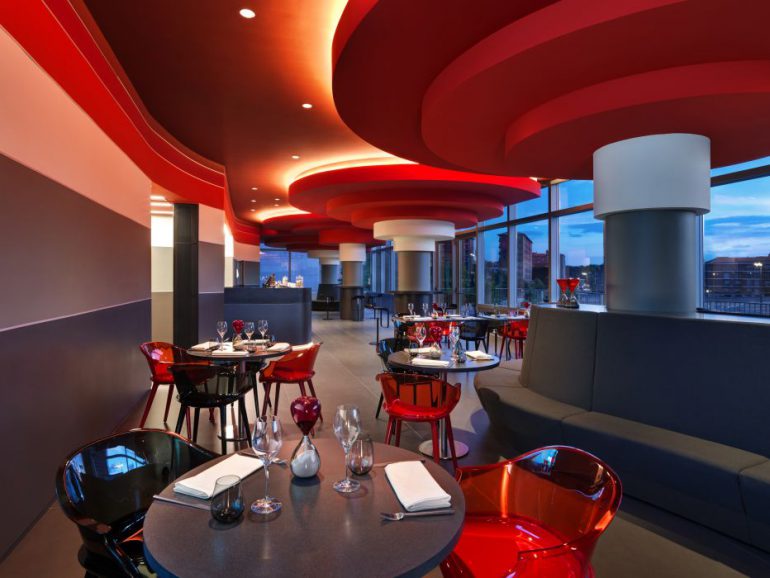