To provide the best possible service, we use cookies on this site. Continuing the navigation you consent to use them. Read more.
PROJECTS
·8 February 2021 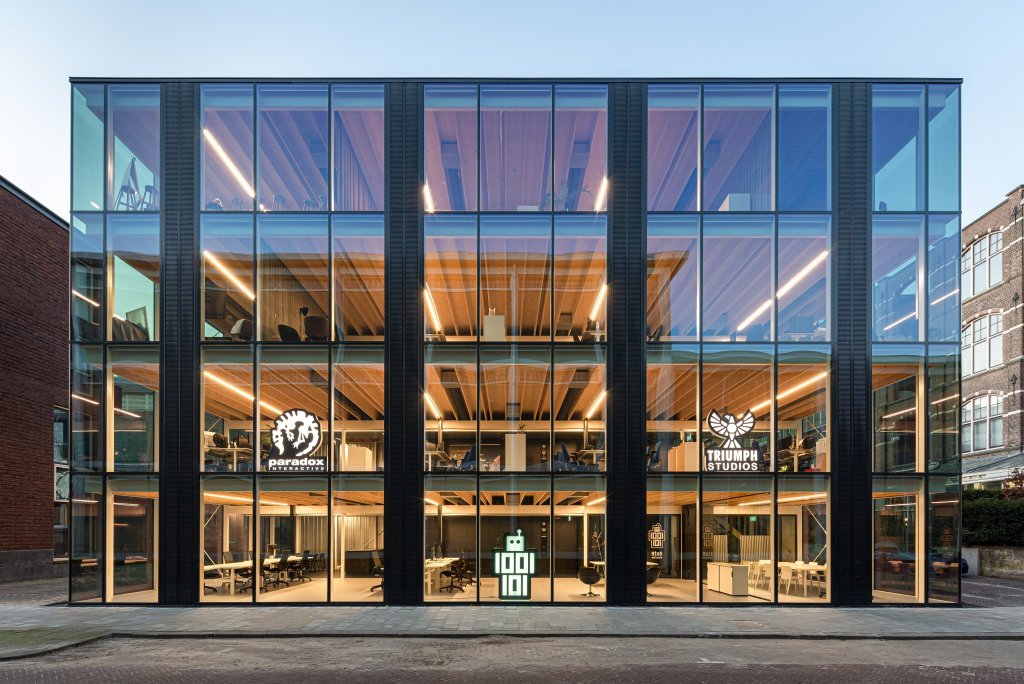 Cepezed is an agency with experience in the development, design and realisation of buildings. In 2012 it became the owner of the site of a complex of former laboratories of the Delft University of Technology, a creative cluster with accommodation for various companies in the creative sector in the centre of the Dutch city of Delft. This is where D(emountable) is located, a modern, sustainable and fully demountable structure.

D(emountable) is part of a modular and demountable construction project by cepezed. However, Director Menno Rubbens of the company’s development projects is on the committee of the national programme for achieving circularity goals in the Netherlands, so the building was constructed in such a way that it could be donated to other projects or even reused elsewhere entirely.

The D(emountable) building has kept exactly the floor plan of the previous building, which was demolished because it was in poor condition. It measures 11 metres by 21.5 metres and has four floors of approximately 200 square metres of rentable space.
As well as being demountable and removable, the structure is also super light: the use of materials is reduced to a minimum. The building is also completely flexible in its layout, has no gas connection and is equipped with heat recovery. The ground floor is made of poured concrete, but otherwise all the building components are modular and dry-assembled. Maximum simplicity was an important principle in the design.

The structural floors and the roof are made of prefabricated elements of veneered glued laminated timber (LVL). These have a compact height and the installations are integrated within them. The ribs of the LVL elements remain completely visible and are part of the aesthetics of the building.
The screed is bio-based and consists of gravel granules in a cardboard honeycomb structure with gypsum fibre boards on top, it is dry and easily removable.
The floor finish is made of partially recycled PVC.
The building has no windows: double-layer insulating glass is mounted directly on the steel structure. For this reason, the steel structure is equipped with welded screw profiles.
The steel builder had to respect the very tight tolerances of the façade builder, which is no small task. The facade is largely transparent, which makes for strong sight lines and relationships between the inside and outside world. Vertical louvers can be opened for natural ventilation. The modern, down-to-earth building contrasts impressively and interestingly with the existing historic buildings. This also makes it illustrative for the way the ceiling approaches the combination of new and historic buildings. 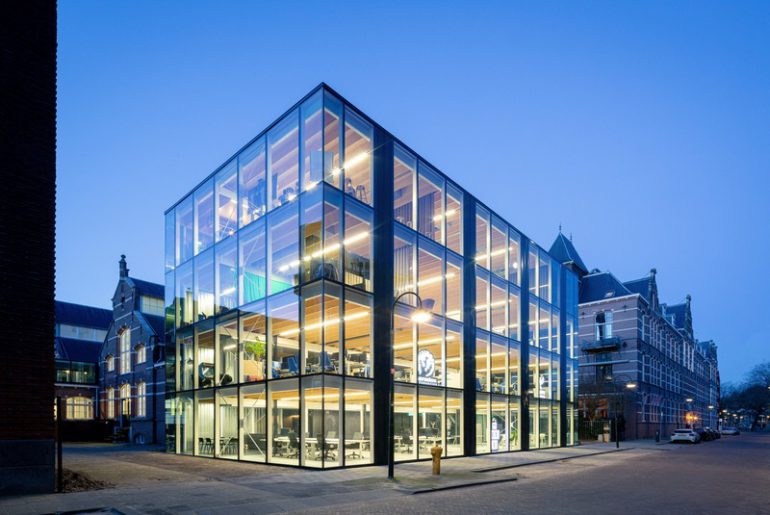 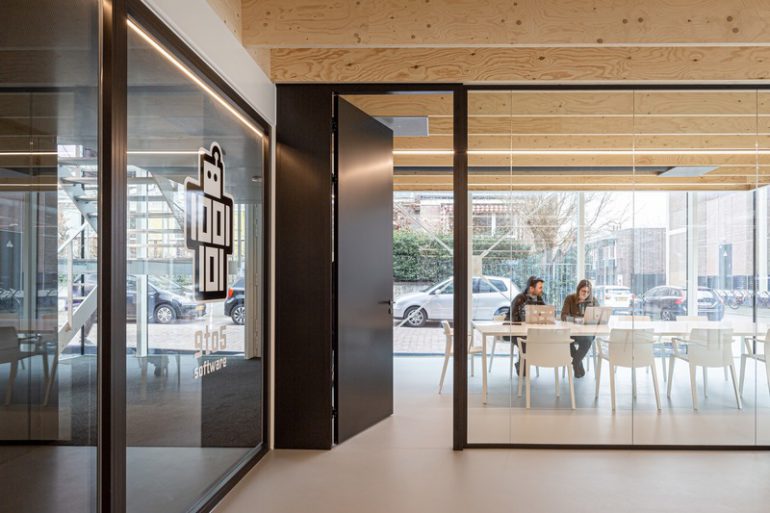 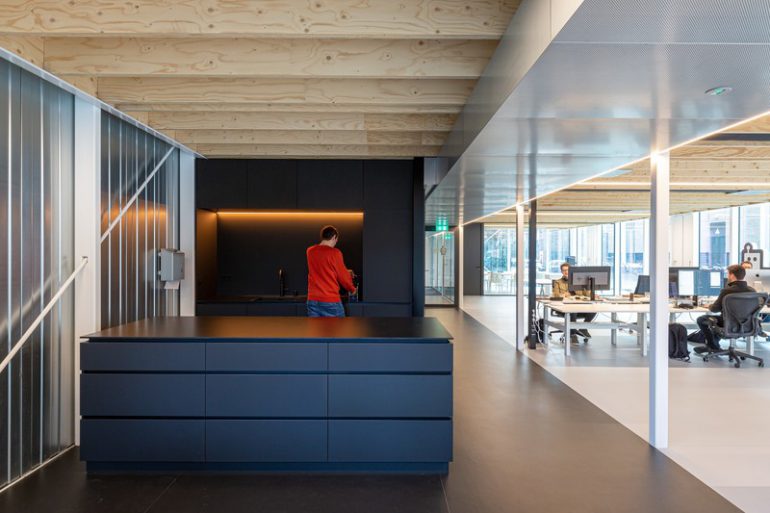 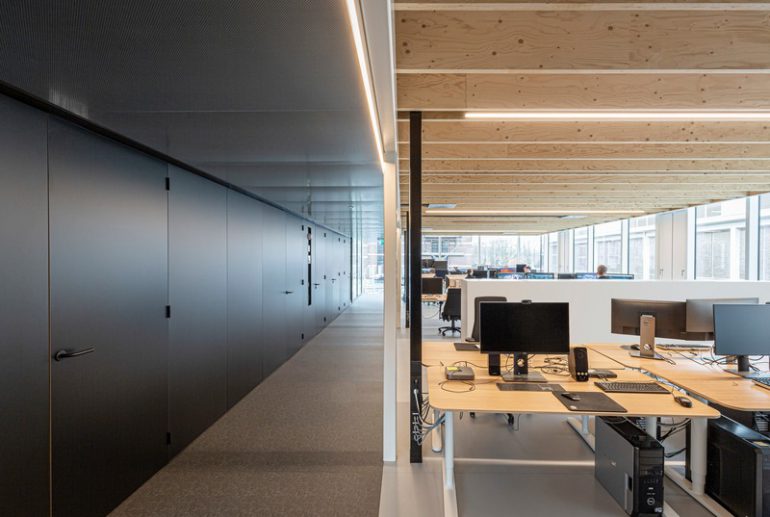 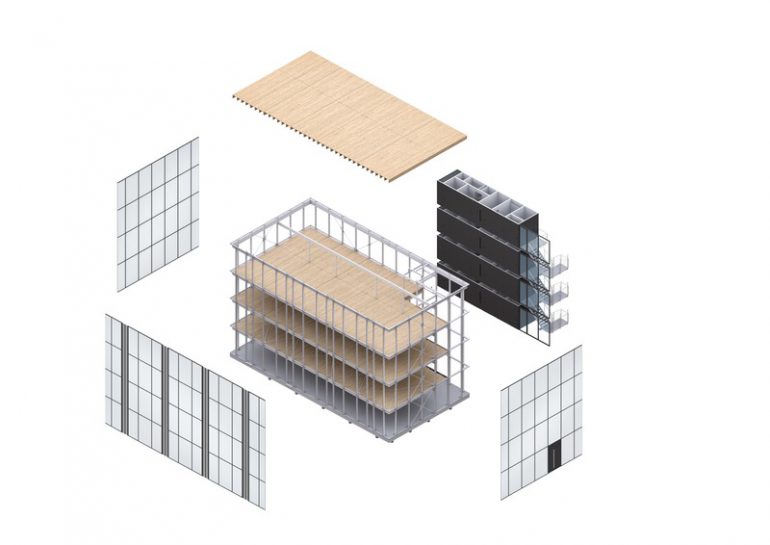 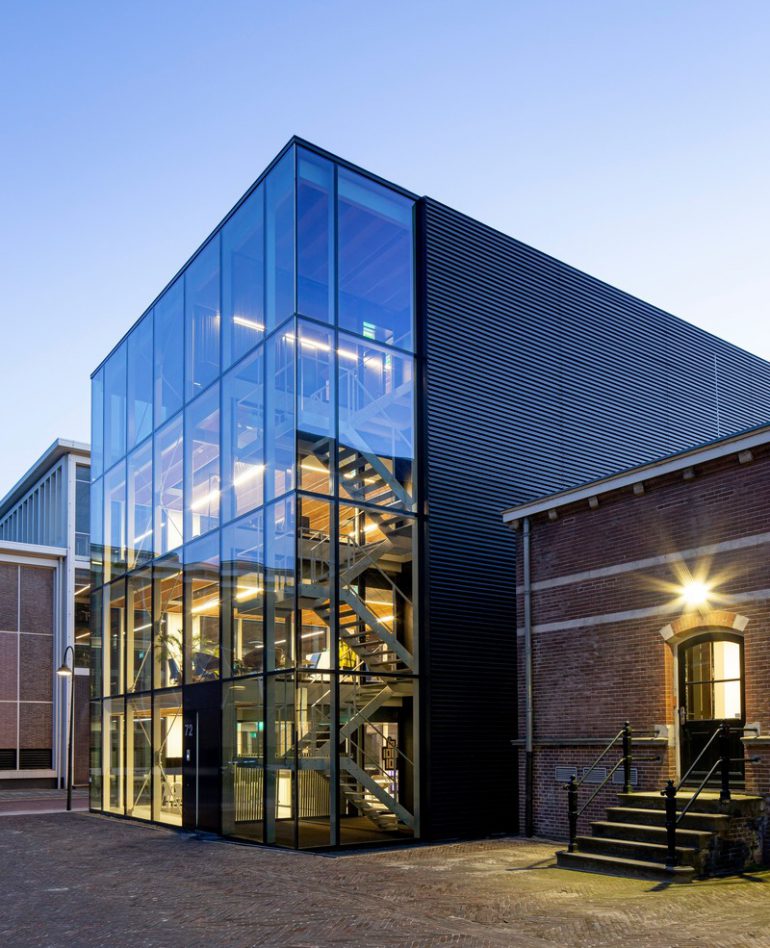 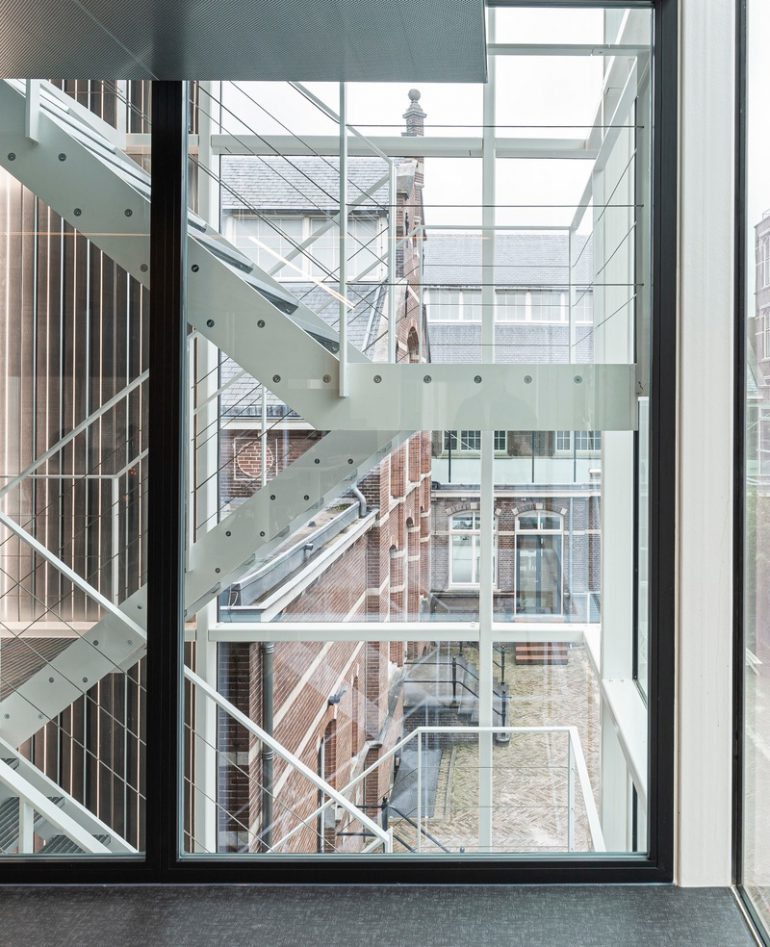