I have a special passion for the city of Sao Paulo. Its chaos, its vastness, the continuous drone of helicopters moving from one skyscraper to another (Sao Paulo has the largest number of private helicopters in the world). When I was younger they made the city seem like the cyberpunk city in the Max Headroom TV series – crowded, sexy, complicated, luxurious, exaggerated, dirty and sparkling. Later on I heard of Oscar Niemeyer and the utopian futuristic Brasilia and during my wanderings around the city I came across a giant harmonica: the Copan Building.

The memory has remained bright in my mental archive. I was very attracted to it and every time I came back to Sao Paulo, I was overcome by the desire to go and see the giant, even just for a quick glance. Years later I had the opportunity to photograph it and to do so I spent several hours on the roof of the Edificio Italia, the building in front of it. Looking from this perspective, the memories have come flooding back and it was like smelling the perfume of a loved one once again. The charm that emanates from this building is the same as that of the city of Sao Paulo itself.

Copan is its erotic symbol. I photographed it in black and white, maybe during its darkest moment, almost in a state of abandonment but fortunately soon after its renaissance began and maybe today I would do them again in colour. Copan and its neighbouring areas the Avenida Ipiranga and Praca da Republica are now becoming fashionable. The overall urban transformation has brought an influx of artists, designers, architects and intellectuals to this area as well as those who have chosen a more nonconformist life in general. Personally, I have always associated Copan with Sao Paulo’s great social variety and cultural mix. I would never have imagined commenting on my photos several years later. Seen from the Terraço Italia, Copan is the perfect set for a voyeur.

I always carry a pair of binoculars on my travels and a blow-up of Copan’s windows is perhaps the best metaphor for Brazil. There are transvestites, gays, workers, managers, actors, photographers, designers, lawyers, artists, prostitutes, big families and lots of children and the elderly. As the condominium regulation says, in Copan you cannot be prejudiced. Copan has its own postcode. 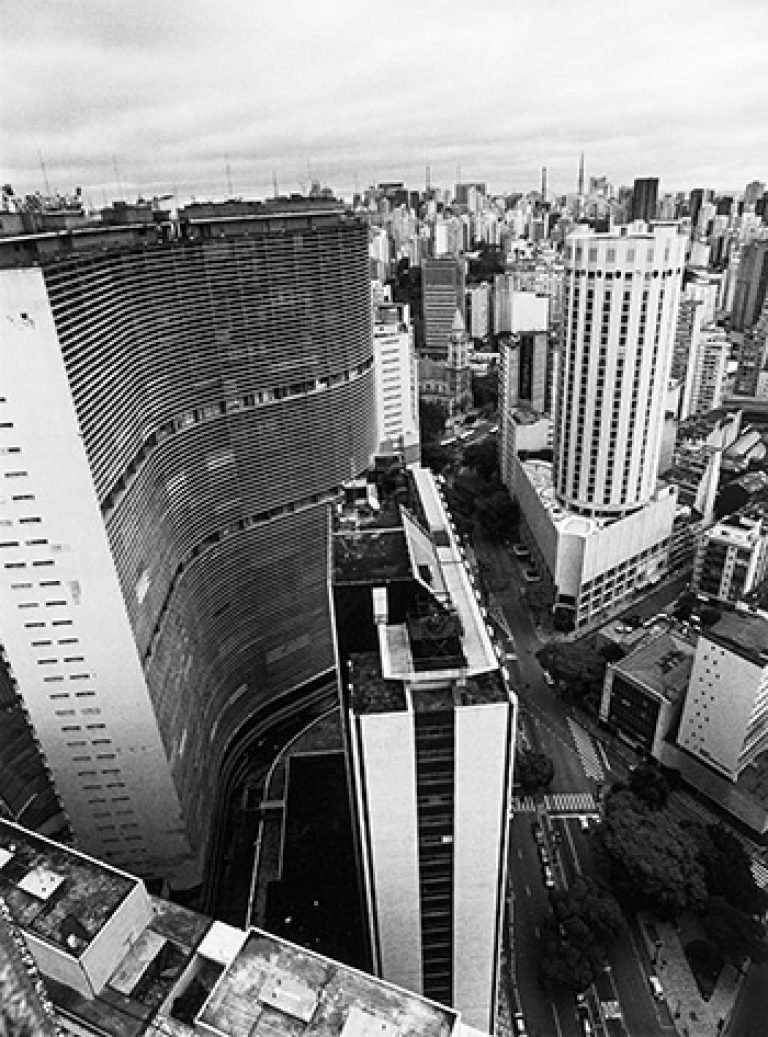