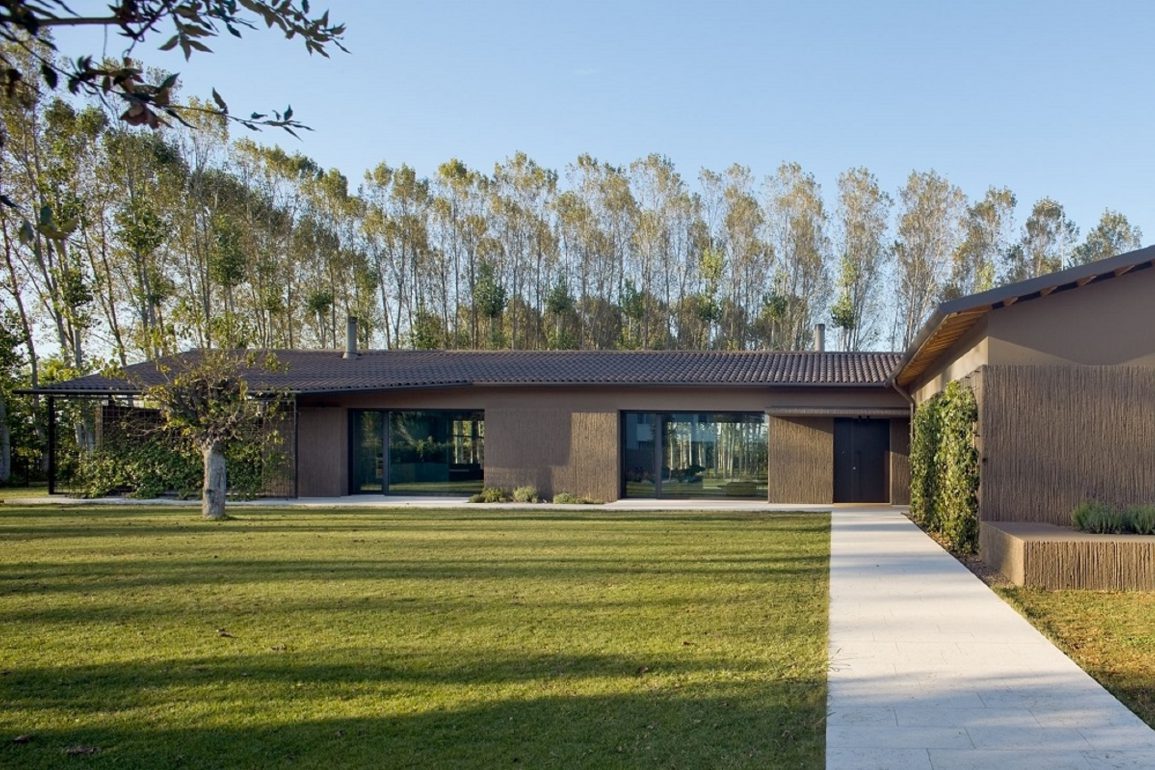 The Venetian company MIDE deals with designs that intervene in various fields, such as town planning, architecture, or interior design. Their stylistic approach is characterised by the use of simple lines and volumes, and care in the choice of materials.
Environmental and energy sustainability have become key themes for the development of new ideas, which are also carried out thanks to consultancy with qualified specialists.

MIDE recently developed the new project La casa nel pioppeto (lit. The house in the poplar grove), an architectural project in Scorzè, Veneto, based on an emotional reading of the site and a reinterpretation of the client’s requirements.

The typology of the buildings already present in the agricultural area were re-proposed in a modern key in the design of the new structure, so as to enhance the peculiarities of the cultural context.
The land on which the builders worked was large enough to build a single-storey structure with a pitched roof; however, to limit excessive visual impact, the project included a “T” plan, which also allowed better orientation of the rooms, distinguishing the functions of the three areas.

The whole house is characterised by a deep relationship of continuity between the interior and the exterior, making the landscape visible from every area of the building.
High visual permeability and the significant contribution of natural lighting are characteristic of all the interior spaces; the large windows in the living area reinforce the openness of the space and change the interior atmosphere according to the time of day.

The Veneto countryside landscape made it necessary to respect certain technical rules in the construction of the building, and in the selection of materials and forms suited to the suggestions of the environment.
The roof of the main body of the house is made of wooden beams salvaged from the demolition of the floors of ancient Venetian villas, reused in a contemporary construction system.
The materials and surfaces that make up the project are the result of a careful analysis of the site:
The external wall in exposed concrete is characterised by a rough surface obtained from a special formwork that can be found among the canals of the Venetian countryside and has the typical texture of the reedbed impressed like a fossil.

Some typical agricultural elements have been reinterpreted as sun protection devices, for example spontaneous vegetation used to protect porches or wooden beams around the perimeter.
This way it was possible to combine territorial characteristics with modern techniques. 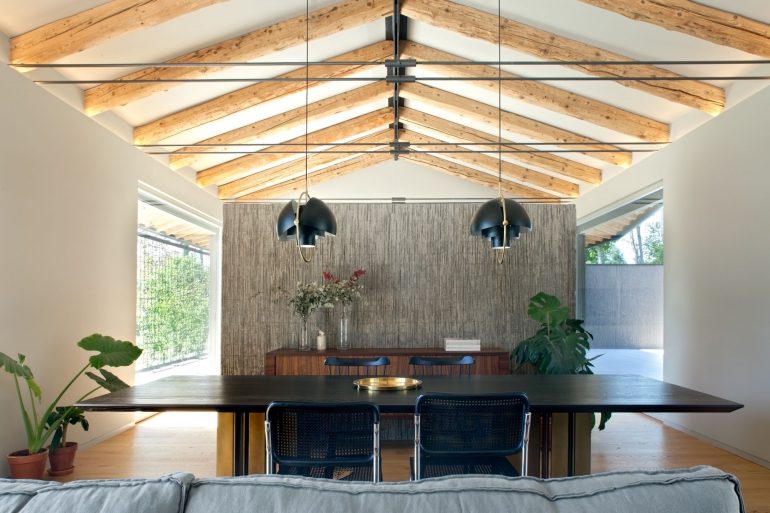 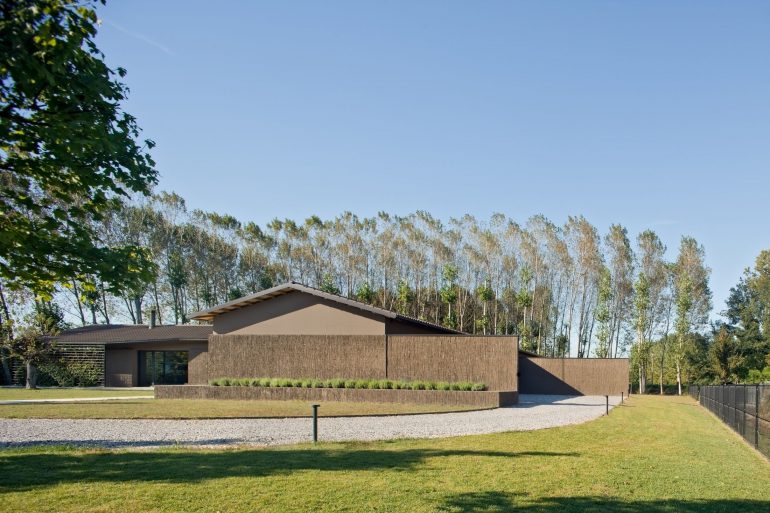 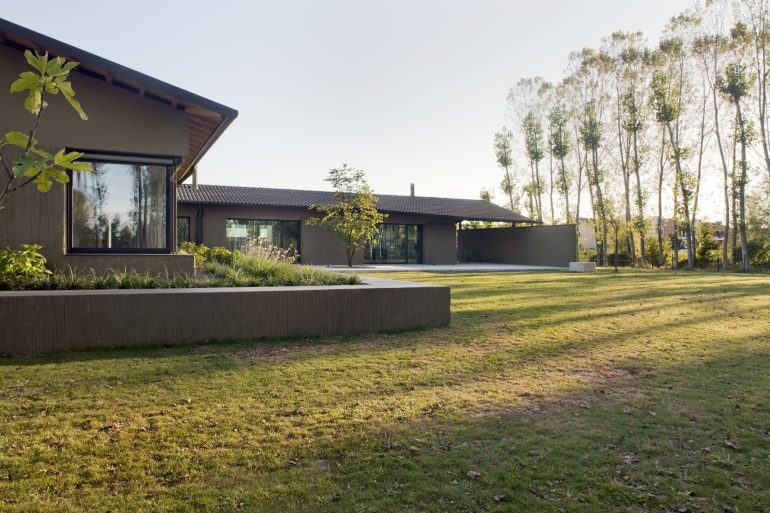 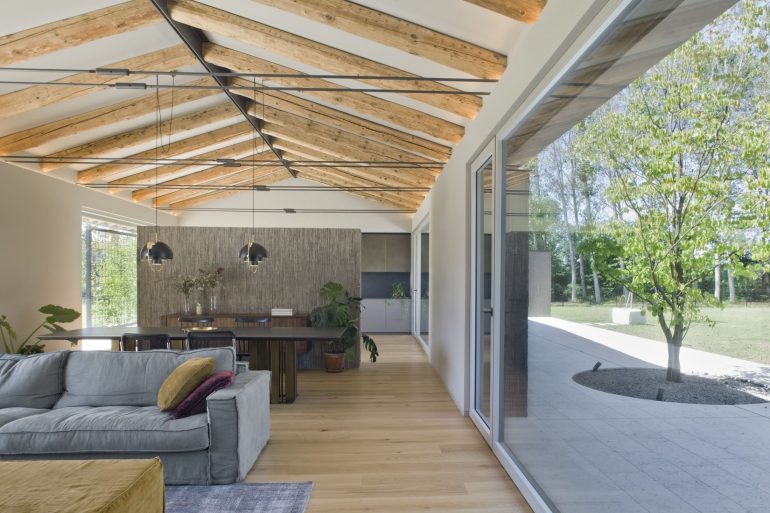 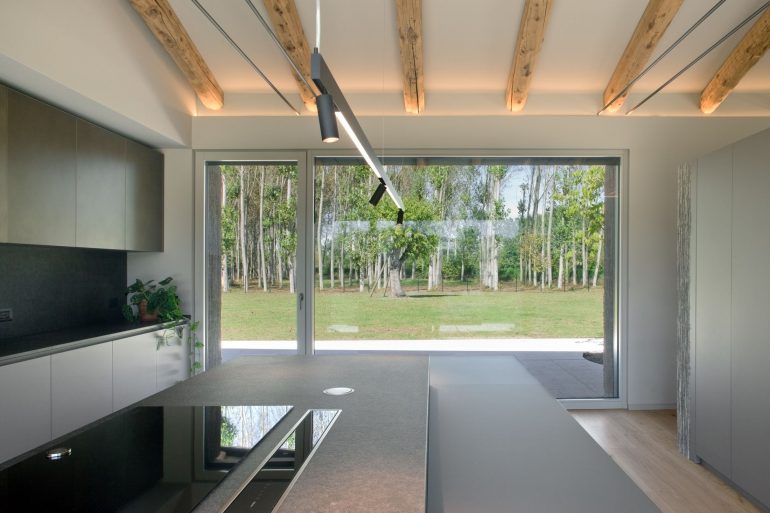 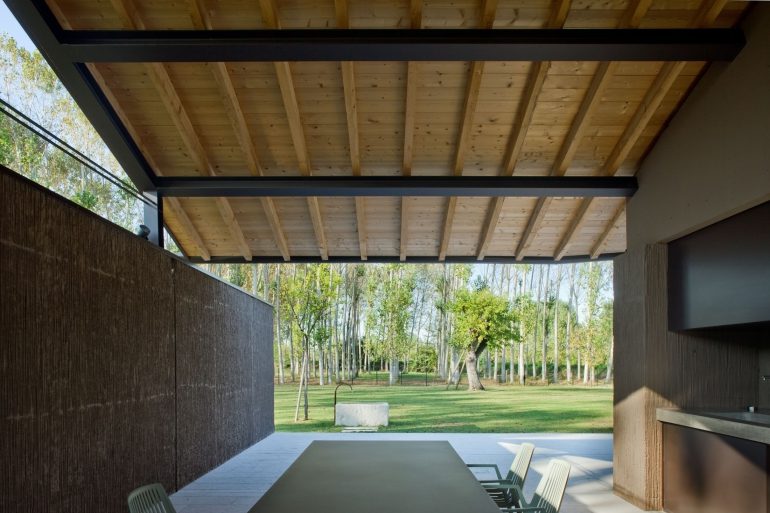 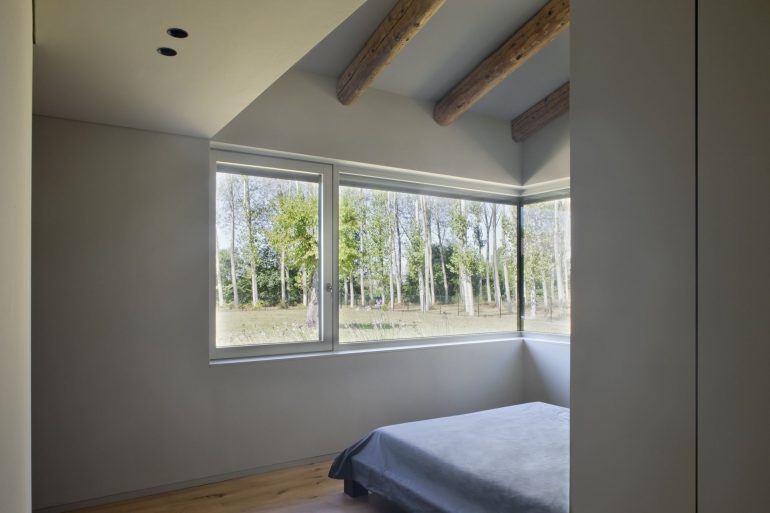 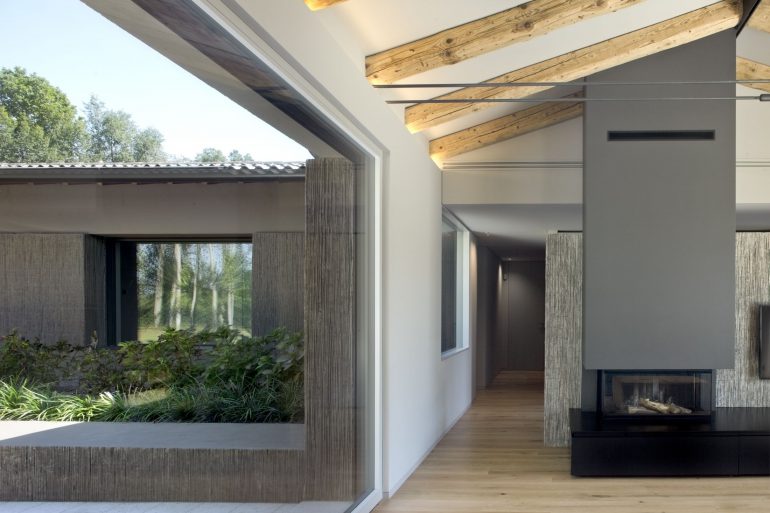