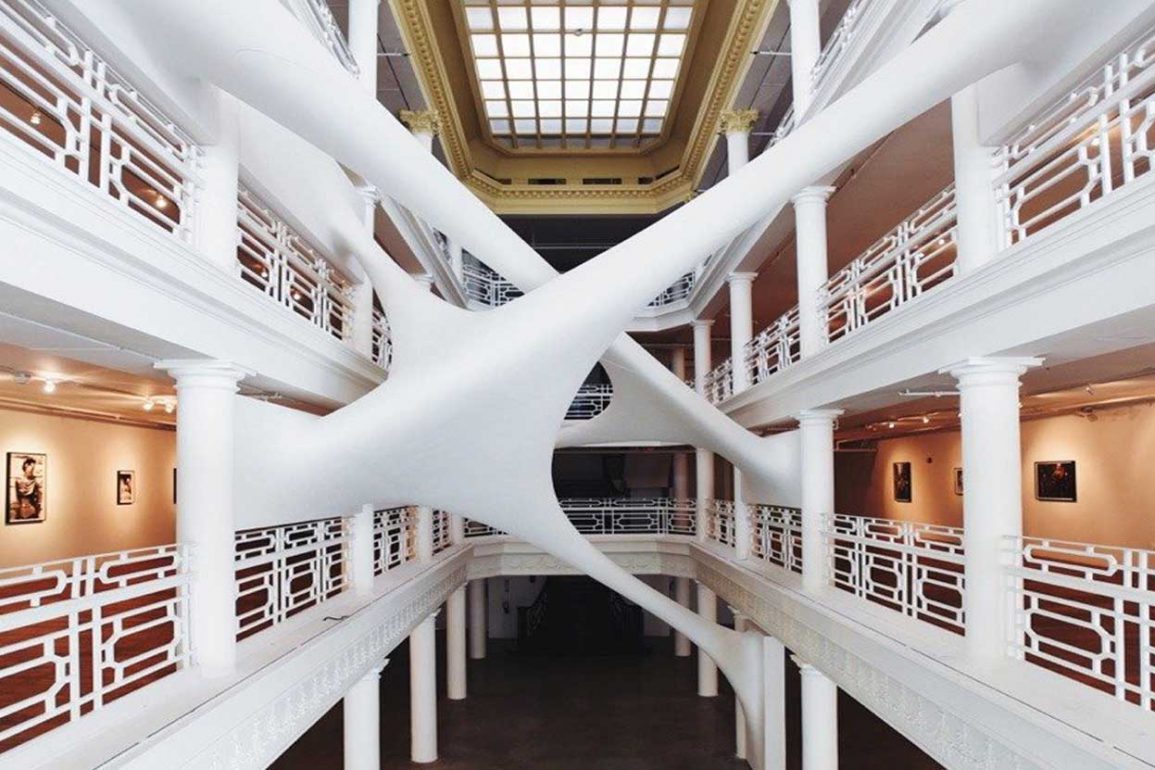 The 2020 edition of ARCHMARATHON Awards Miami has just ended. The event took place at the Moore Elastika Building in Miami from February 27th to the 29th, 2020, focusing on architectural studios active in the USA, Canada, Central and Soud America.
The 48 design studios – selected by a prestigious international jury composed by Luca Molinari (President), Elena Manferdini, Antonio Asquino, and Claudio Silvestrin – have been invited to present their projects to a broad audience of architects, developers, and designers from all over the world.
For one week the Design District became the center of the architectural world, hosting in-store events, presentations, workshops, cocktail parties, master classes, architecture and design exhibitions, connecting architects, retailers, interior design companies, and consumers with the most relevant information an innovative concepts of this industry.
The Marathon ended tonight with the Award Ceremony after two long days of presentations. The main sponsors of the event where Citco, Sajo, and Visionnaire. Together with Antique Mirror, Artemide, Cosentino, Florim USA Milestone, Friul Mosaic, Garfagnana Innovazione, Graphisoft, Industria Italiana Arteferro, Lea Ceramiche, Masiero Tre, Pedrali, and Silvestri Marmi, they made it all possible.
Here are the winners of each one of the 13 categories, the two overall winners, and the special Sustainability prize sponsored by Sajo:

OVERALL WINNER – INTERIOR DESIGN
Project: Valextra Bal Harbour Shops by Aranda\Lasch
The project was selected for the interesting synergies between two different design sensitivities: the one of Valextra and the one of the design studio. The product becomes artwork on a plinth rather than merchandise in a store, and the texture of Italian materials fills the space of infinite possibilities.

OVERALL WINNER – ARCHITECTURE
Project: Hunter’s Point South Waterfront Park Phase II by SWA/Balsley and Weiss/Manfredi
The project has been selected because it depicts a forward-looking strategy for the city of New York in the upcoming decades. It provides not only a solution for the risk of future flooding but also energic public space in a piece of land of high real estate value that is usually unaccessible to the many.

COMMERCIAL AND MIXED USE
Project: 811 by Taller de Arquitectura de Bogotà
The project departs from the solution to a code change, and it was able to create an iconic building for the city of Bogotà. The choice of the architect to express the structure of the building is an excellent example of a synergy that structural engineering and architecture can achieve when collaborated.

INSTITUTIONAL BUILDINGS
Project: RISD Student Center by WORKac
This tenant improvement gave a creative image to a school that needed new, contemporary services for the students. The design update an existing, historical setting and seemingly connect to a physical, colorful space able to welcome a
new generation of students.

LANDSCAPE
Project: Jojutla Central Gardens by Estudio MMX
The project has been chosen because it was able to generate a clear urban quality of the missing heart of the city of Jojutla. The rationality of the two brick structures allows a diffused urban quality for a fragile community after the
heartquake.

PRIVATE HOUSES
Project: Casa Karina by Francisco Pardo Arquitecto
As a result of a diffused reconstruction of the small houses for the earthquake, Casa Karina represents a sensitive reaction to a dramatic situation that defines a domestic space able to provide a diffused quality.

REFURBISHMENT
Project: Robert Frost Auditorium by Mithun/Hodgetts + Fung
The project was chosen because it interacts with a building that even today retains its formal bravery. Hodget and Fung design is sensitive to the experimental nature of the project and took a trivial technical issue like air condition to the same level of creativity of the existing building.

RESIDENTIAL BUILDINGS
Project: 139 Schultz by CPDA Arquitectos
The project was selected because of the sensitivity in the design of the facade using simple, row materials able to create a dialogue with the urban context.

SPORT
Project: Mercedes Benz Stadium by HOK
The project is selected for its formal and technical ambition. This is one of the few examples of a stadium that integrated a retractable roof into the scale of the project, creating a landmark for the city of Atlanta.

VILLAS
Project: Prairie Avenue Residence by Rene Gonzalez Architects
The project was selected because it took a very well known typology of the villa and innovated reinterpreting the natural context. In a time and age where global warming is challenging our coastal lines, the project reinvents the villa as a tree-house.

BARS AND RESTAURANTS
Project: Piedra Sal by VGZ Arquitectura
The project excels in the ability to connect the urban setting to the second-floor restaurant space, through a vertical entry. The project utilizes a single material as a device to choreograph from the outside to the inside series of spaces that were before disconnected.

HOSPITALITY
Project: Hotel Monville by ACDF Architecture
The project was selected for the inventiveness of the facade through the use of colors and materials. The architect managed to create an interesting optical effect for the city and the users creating a sense of depth from a relatively shallow site.

RESIDENTIAL INTERIOR DESIGN
Project: 432 Park Avenue, 94th floor by Axis Mundi
The project has been chosen because it has the power to domesticate the metropolitan view of NY through a series of interior spaces where textiles and artworks define the character of the house.

RETAIL
Project: Glossier Pop-Up Shop by Studio Lily Kwong
The project was selected because, despite the challenge of a short timeframe, she managed to create a world into another world. The project brings awareness to the role nature has in our everyday life and creates out of materials a still life for the urban scale.

WORKSPACES
Project: 3DS Culinary by Oyler Wu Collaborative
The project was selected because it gives formal expression to a program that is one of tomorrow. Working spaces are under drastic changes, and this small self-constructed interior has a strength to challenge the status quo.