To provide the best possible service, we use cookies on this site. Continuing the navigation you consent to use them. Read more.
PROJECTS
·15 January 2019 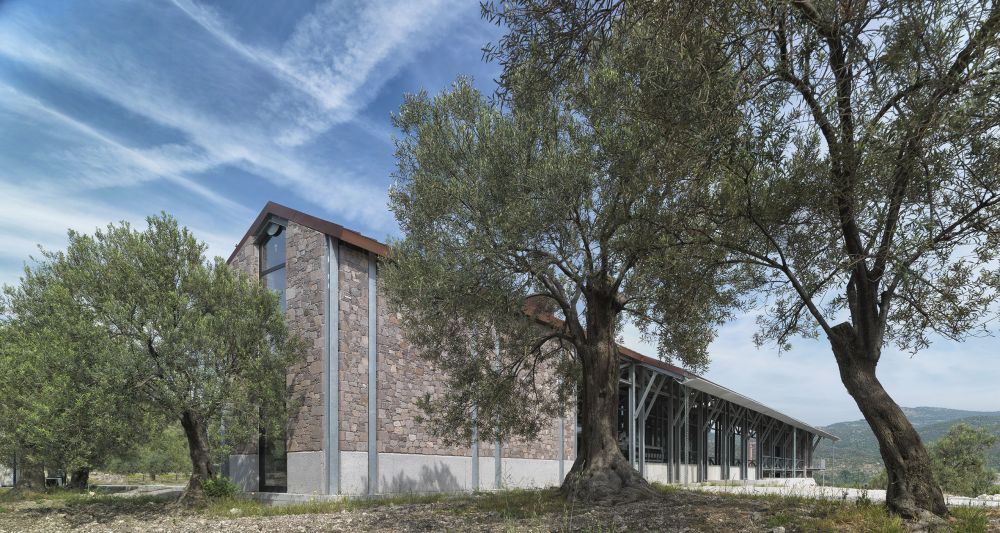 There are more than a few cases of convergence between those historical events that create the identity of a place and the productive and gastronomic traditions of a region. The Angelos Olive Mill is one such architecture. Designed by the Turkish architect Han Tümertekin for a couple of olive oil producers, the oil mill is firmly rooted on the Aegean coast north of Smyrna in a 1,000 square metre plot of land together with 25,000 square metres of olive groves that wink at the maritime coasts and the harsh unproductive surrounding countryside.

The expressive nature of the project can therefore be found in the origins, in the landscape and in the traditional production practices that have given birth to the whole structure. The building has a simple composition that gently accompanies the production of oil extracted using the traditional gravity fed method and which in addition to the production department also houses a shop for direct sales and guest rooms.
The structure is as tied to its function as to the topography of the land, gently inserting itself into the territory in order not to damage the olive trees.
The result is an example of architecture designed in section in order to establish a dialogue with the context which gradually transforms itself from public to private. The union between tradition and modernity is further confirmed by the construction and technological choices: the building features the use of dry stones on the steel framework; the first created using local labour while the second was produced in Istanbul and transported to the site, a choice which allowed local workers to further develop their own skills and construction techniques.

BIOGRAPHY
MIMARLAR VE HAN TÜMERTEKIN, FOUNDED IN ISTANBUL IN 1986, BELIEVES THAT “IT IS NOT THE ANSWER, BUT THE QUESTIONS THAT SHOULD LEAD DESIGN.” THE PRACTICE’S APPROACH IS CONCERNED WITH SIMPLE, MUNDANE, EASY TO USE, LOWMAINTENANCE, AND EMOTIVE DESIGNS. IN ADDITION TO ISTANBUL, ATELIER HAN TÜMERTEKIN SET UP IN STRASBOURG IN 2014. 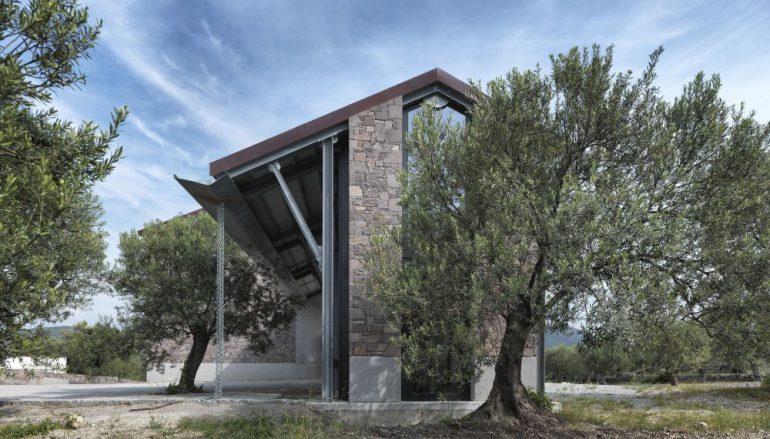 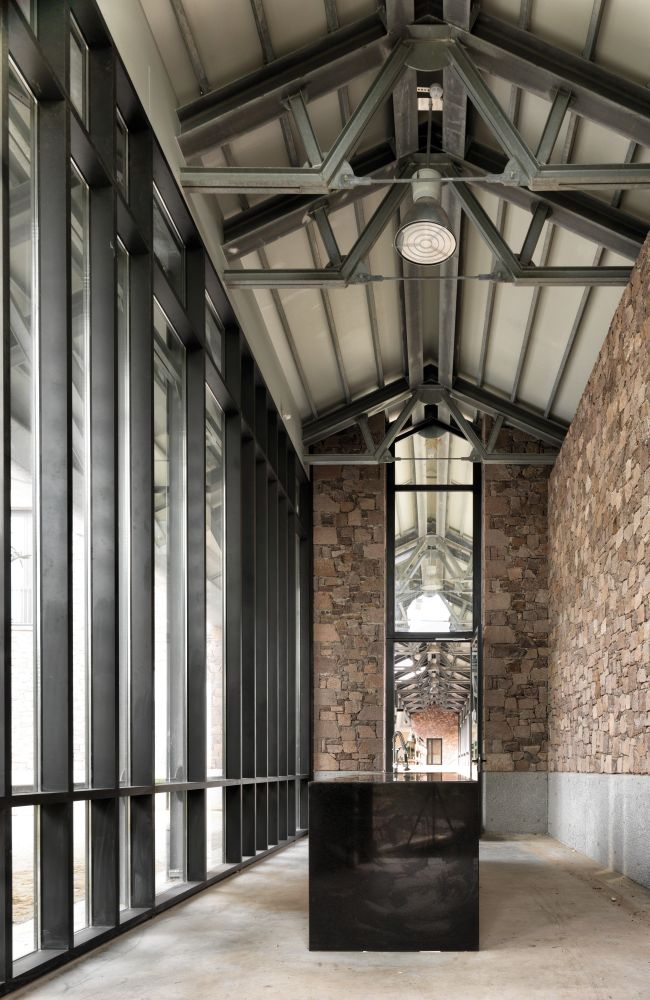 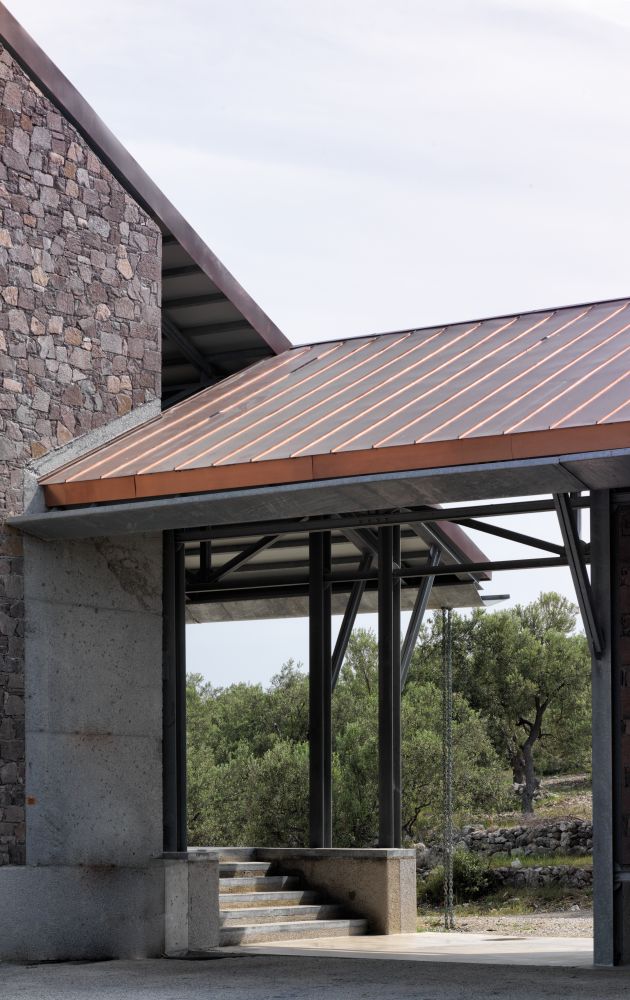 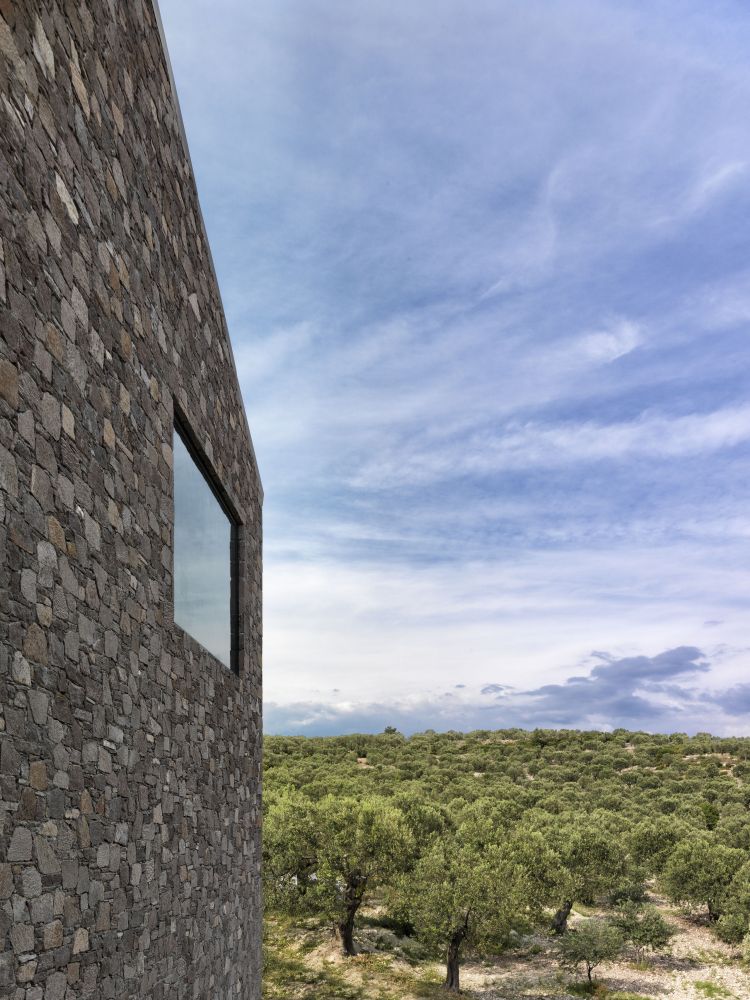 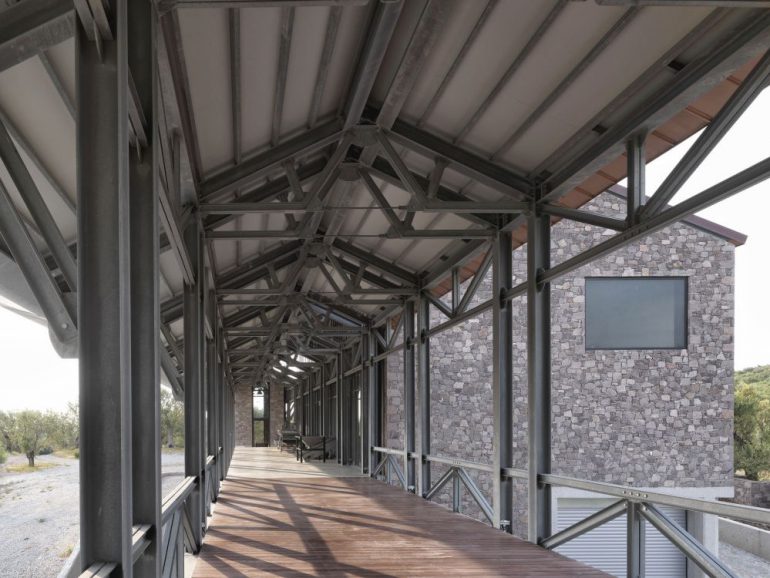 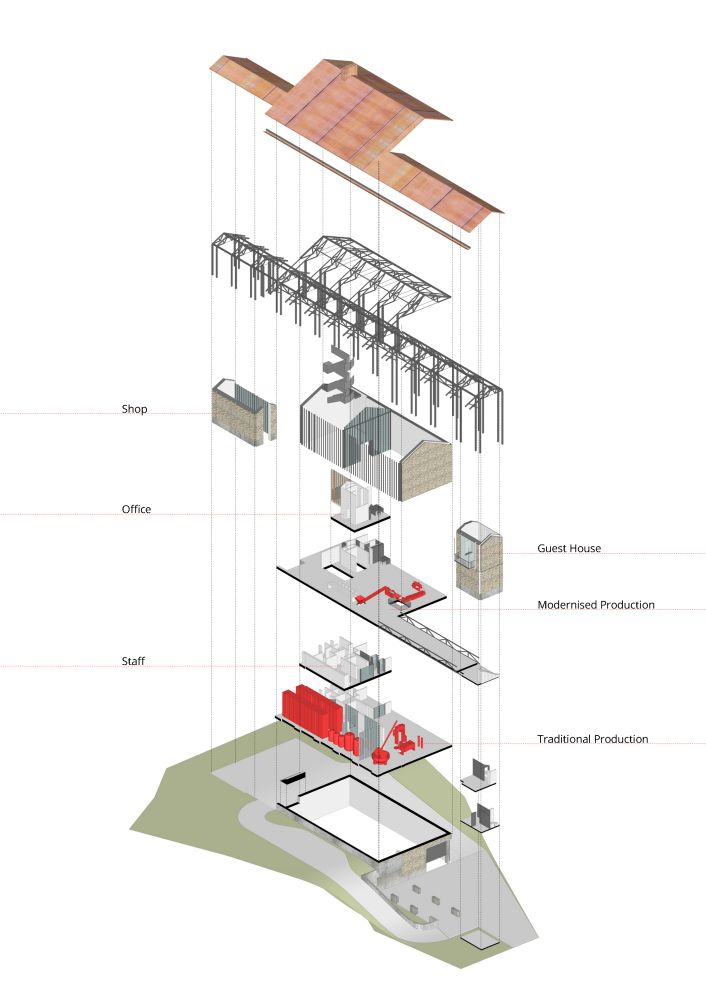 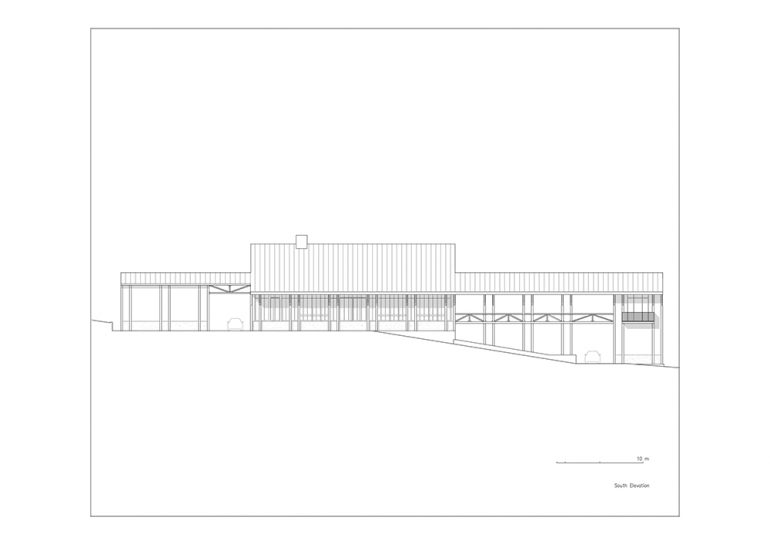 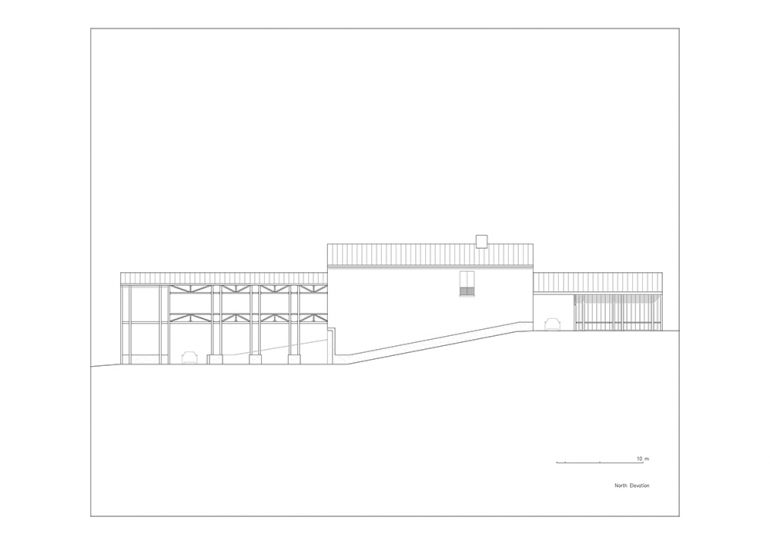 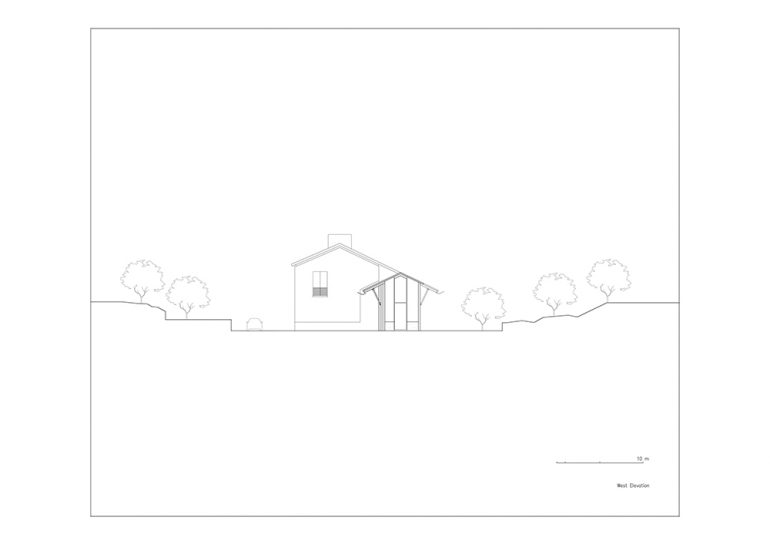 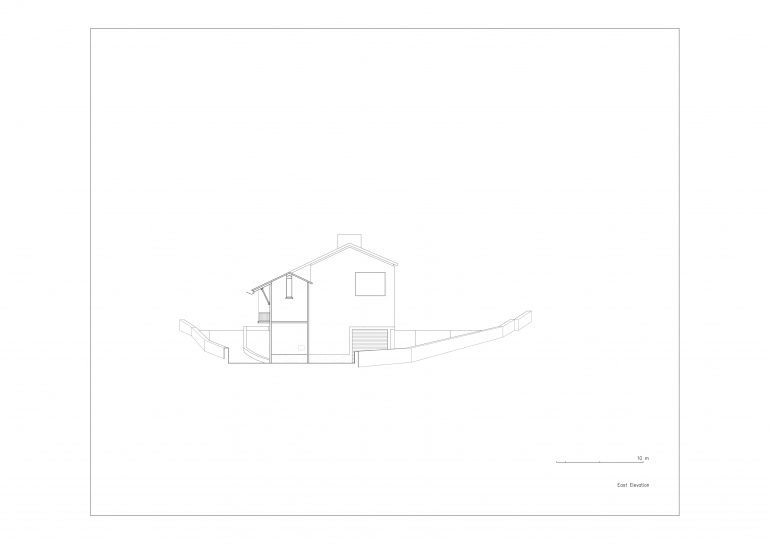