To provide the best possible service, we use cookies on this site. Continuing the navigation you consent to use them. Read more.
PROJECTS
·11 January 2021 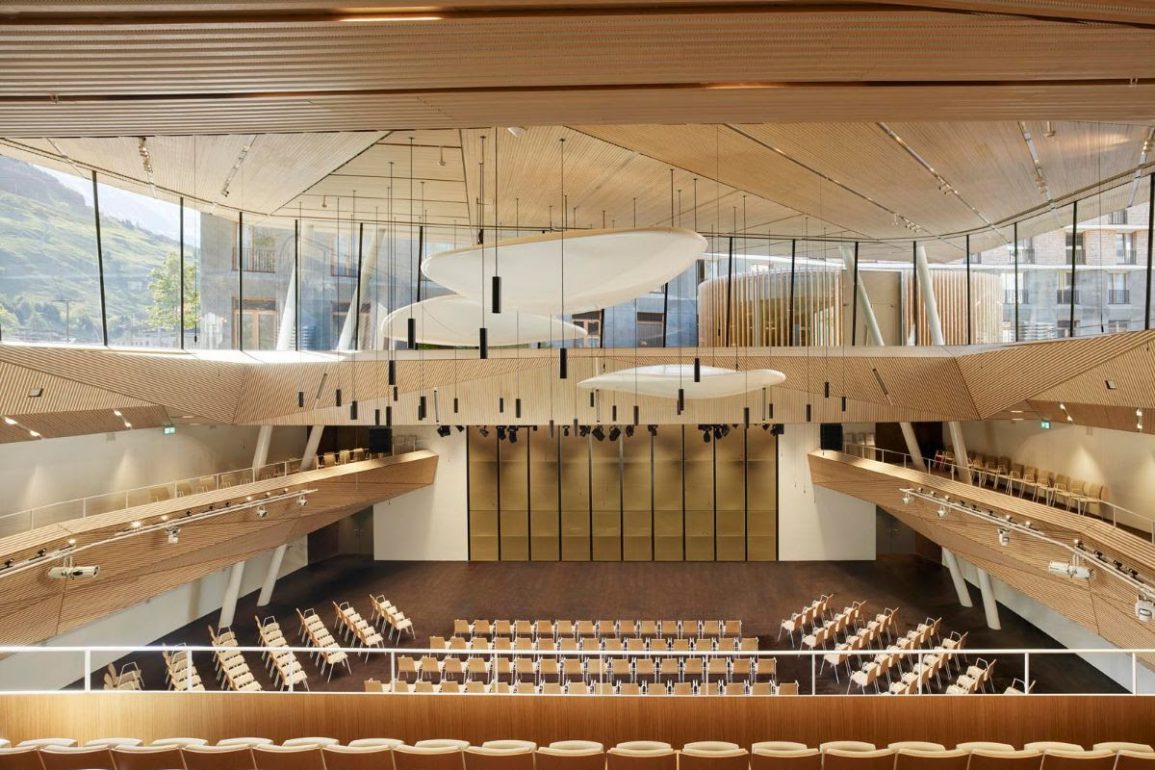 On 16 June 2019, the Berlin Philharmonic Orchestra held a special opening concert for the new Andermatt Concert Hall, a world-class music centre that has transformed the Alpine mountain town Andermatt into a major cultural destination.

The Andermatt Concert Hall was designed by Studio Seilern Architects and was the first large-scale concert hall to be purpose-built in an Alpine town.

The centre consists of a private hall with a particularly flexible stage, which can also accommodate a band of 75 people.
The acoustics and design of the theatre were completed by Kahle Acoustics and DUCKSscéno, the same team that worked at the Paris Philharmonic Orchestra.
The project builds on the existing underground space, which was originally intended to be used for meetings and events at nearby hotels. A large part of the existing roof was extended to double the effective acoustic volume to 5340 cubic metres, thus increasing the total capacity of the symphony orchestra to include 75 elements and a total of 663 seats.

The elevation of the roof gave SSA the opportunity to create sculptural objects in the new village and reconsidered the traditional concept of the concert hall as an enclosed space facing inwards. A wide glass façade allows the hall to be fully illuminated by natural light, making possible the romantic idea of a concert in the snowy landscape, and by lush nature during summer periods.

From the street, the spotlights appear as floats on an empty space, just as the sculptures are placed as public artworks, allowing passers-by to see the concert hall, the audience and the orchestra, offering everyone the spectacle. SSA hopes to make the concert an active façade on the pedestrian street, rather than the normally closed box provided by such buildings.

Due to the design parameters of the venue, only part of the roof could be raised. Therefore, a centralised stage concept was adopted to create a symmetrical space to allow the correct initial reflection to pass through different ceiling heights and side balconies. The origami layout within the hall adopts Kahle acoustic design to create a balanced natural acoustic. The hall is also equipped with an electro-acoustic system, which allows more reverberation time, so that the loud orchestra can perform with the best sound throughout the volume range.

Christina Seilern, Director of Studio Seilern Architects, said: ‘This has been a truly fascinating project, where the highest ambitions have been set to create a facility designed to attract musicians of the highest calibre. Audiences can experience everything from solo recitals to full orchestral concerts in an atmosphere of equal intimacy and comfort in this exceptional, light-filled space”. 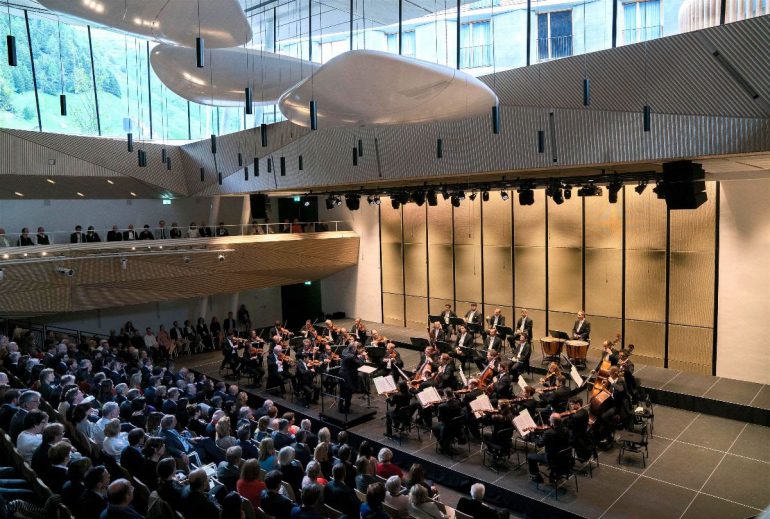 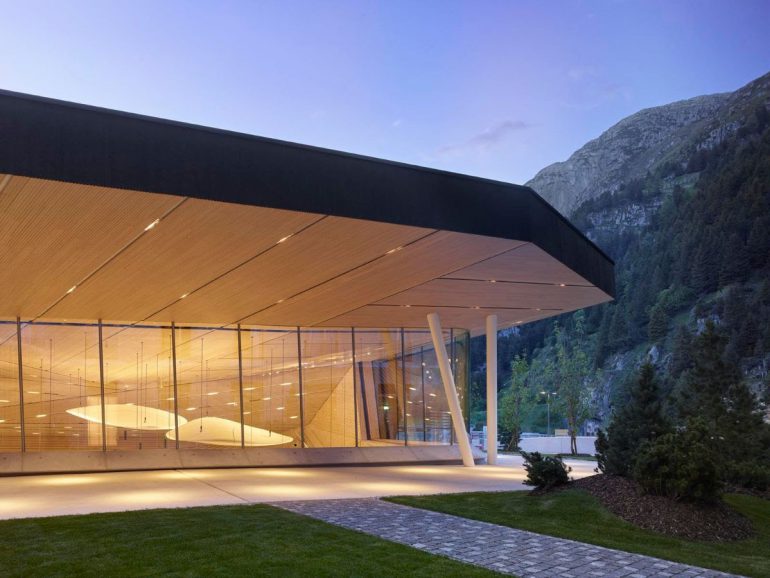 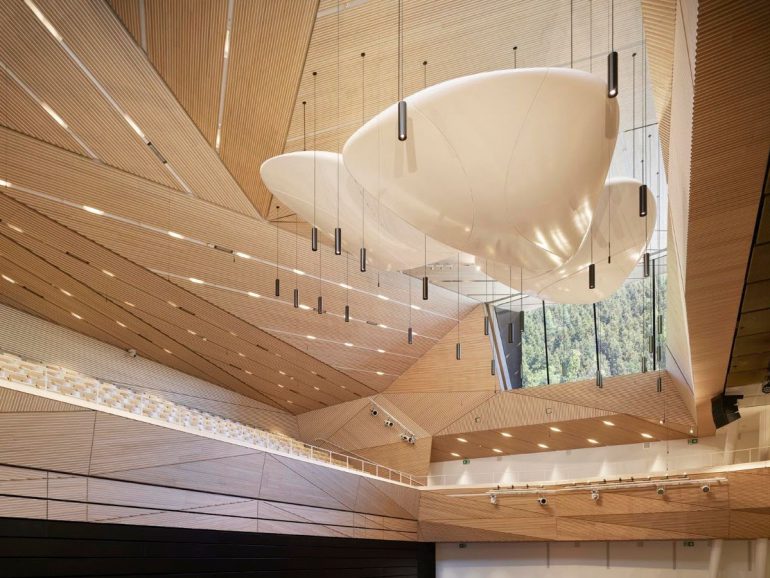 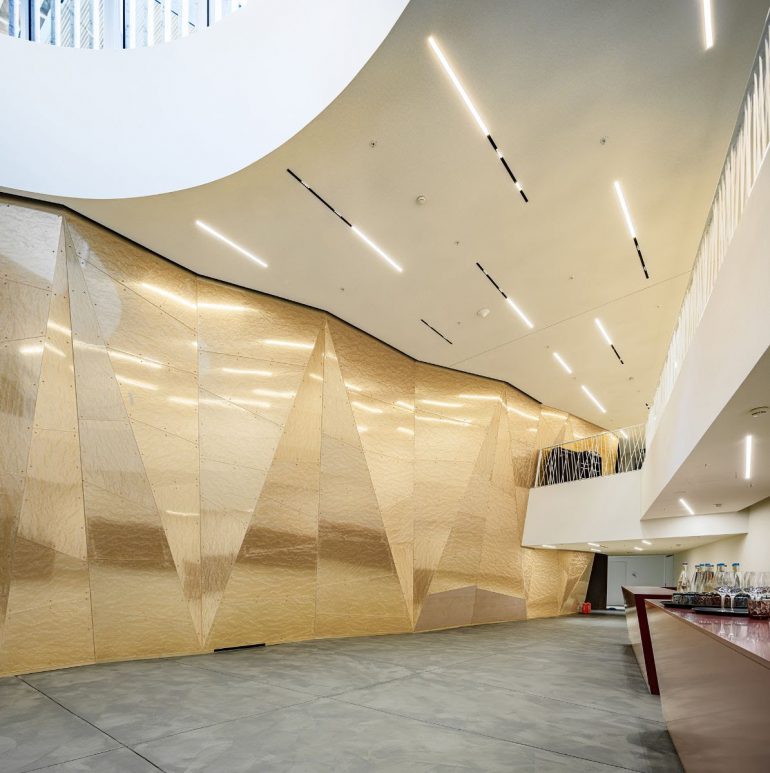