To provide the best possible service, we use cookies on this site. Continuing the navigation you consent to use them. Read more.
PROJECTS
·4 September 2018 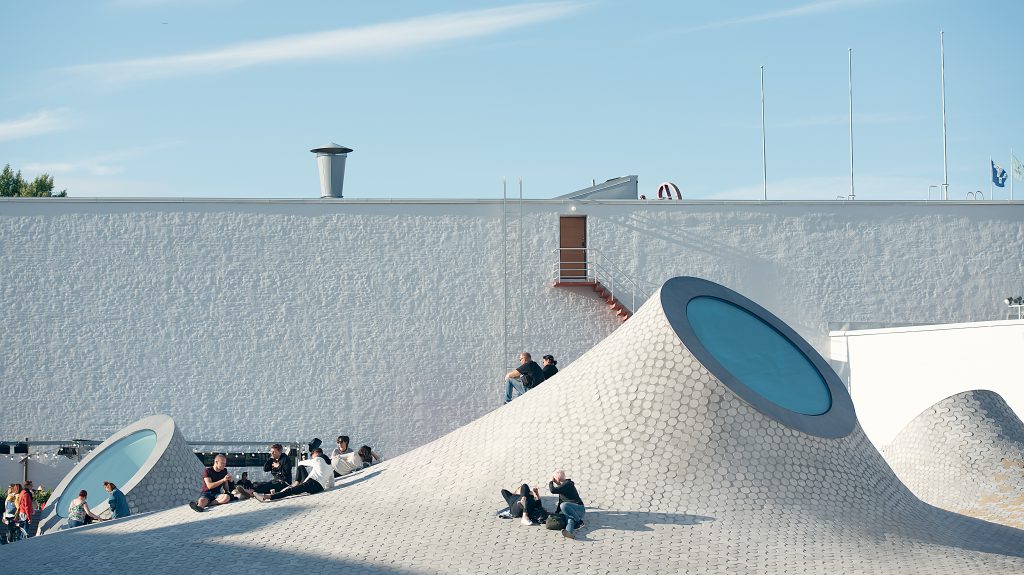 Designed by Finnish practice JKMM, Amos Rex – a major new art museum in Helsinki – is nearing completion. Amos Rex continues the work of Amos Anderson Art Museum (1965-2017) that was established at the bequest of Amos Anderson (1878-1961), a highly regarded Finnish philanthropist, art collector and entrepreneur.
Located in the heart of the city, Amos Rex is sited across from the 1920s classicist Parliament building and diagonally opposite the Steven Holl designed Kiasma Museum. The entrance to Amos Rex is through Lasipalatsi (“glass palace”), a distinguished 1930s Functionalist pavilion comprising restaurants, shops, the Bio Rex cinema and an open square behind it.

JKMM worked with the City planners to determine how Lasipalatsi Square would remain as an important civic space within Helsinki while also allowing the public to enjoy Amos Rex’s only visible new built elevation, its roofscape. The solution came in the form of highly sculptural roof lights that also address the challenge of bringing daylight into the subterranean exhibition spaces. The roof lights create a new topography, their gently rolling forms playing on the idea of an urban park in keeping with the integrity of the square.

Inside the gallery spaces, visitors looking up to the generous steel-framed concrete skylights will feel connected to the city through JKMM’s carefully considered views opening out to the street-level above. The architects have felt it especially important for visitors to experience a sense of place, to feel located in a specific part of the city even when they are six metres below ground.

From a museum design point of view, the structure of the large domed skylights has enabled JKMM to shape a column-free 2,200 square metre exhibition hall. Curators will find this a flexible space in which to mount exhibitions. The hall’s scale is awe-inspiring with the ceiling domes, and their historical associations, creating their own particular sense of drama. The subtle quality of light in the top-lit exhibition hall is similar to that achieved through clerestory lighting.

From an architectural and a cultural perspective, Helsinki’s evolving urban identity has been paramount in conceiving the Amos Rex project, a truly exciting new centre for the visual arts. 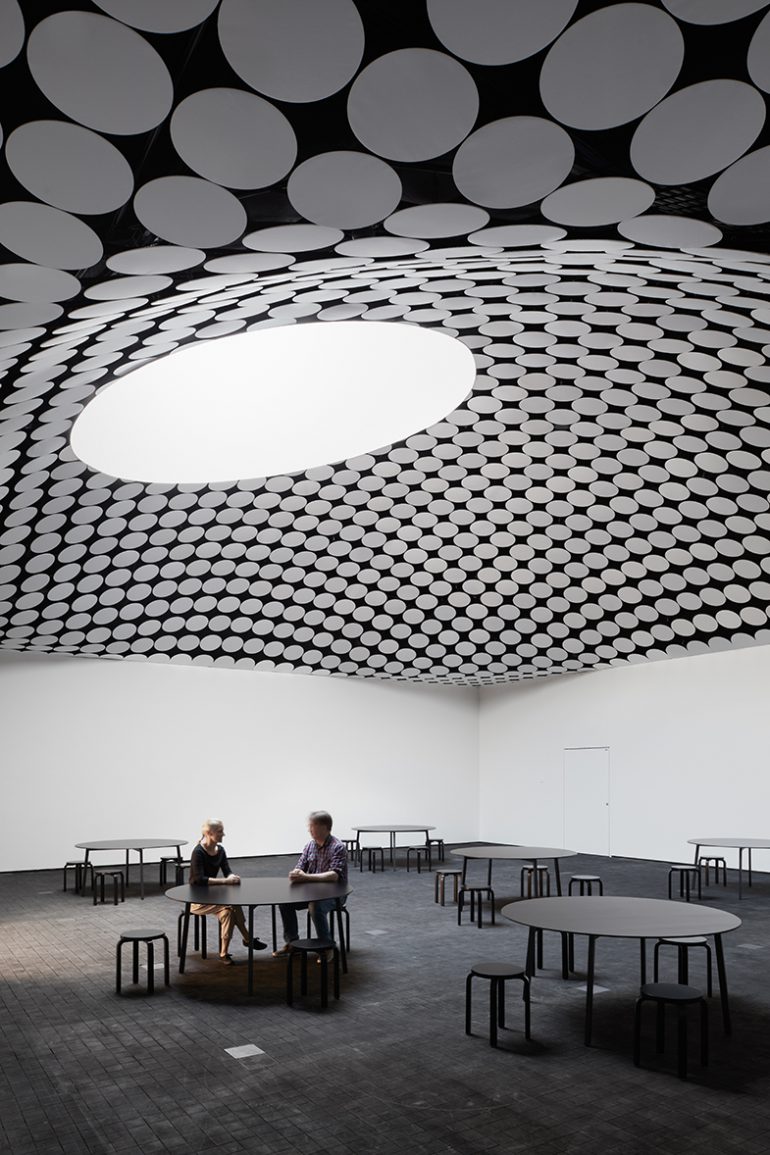 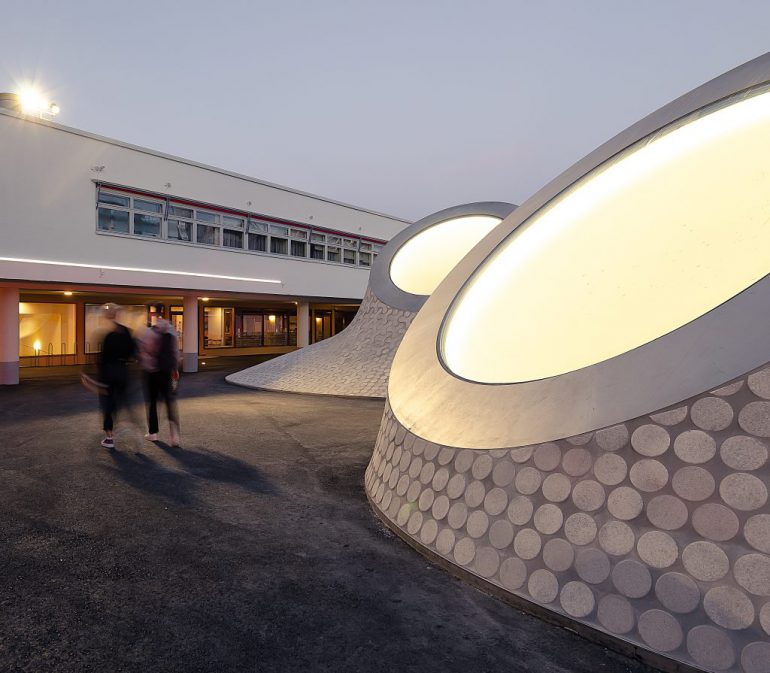 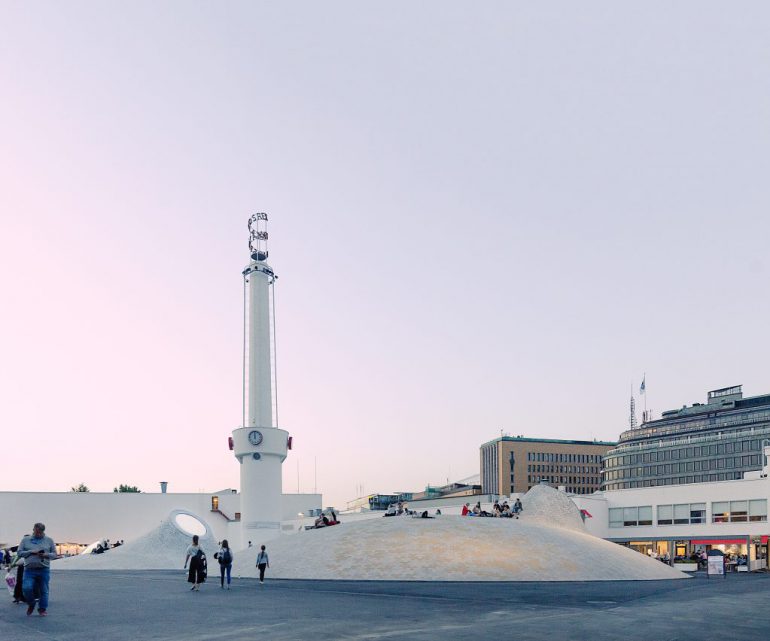