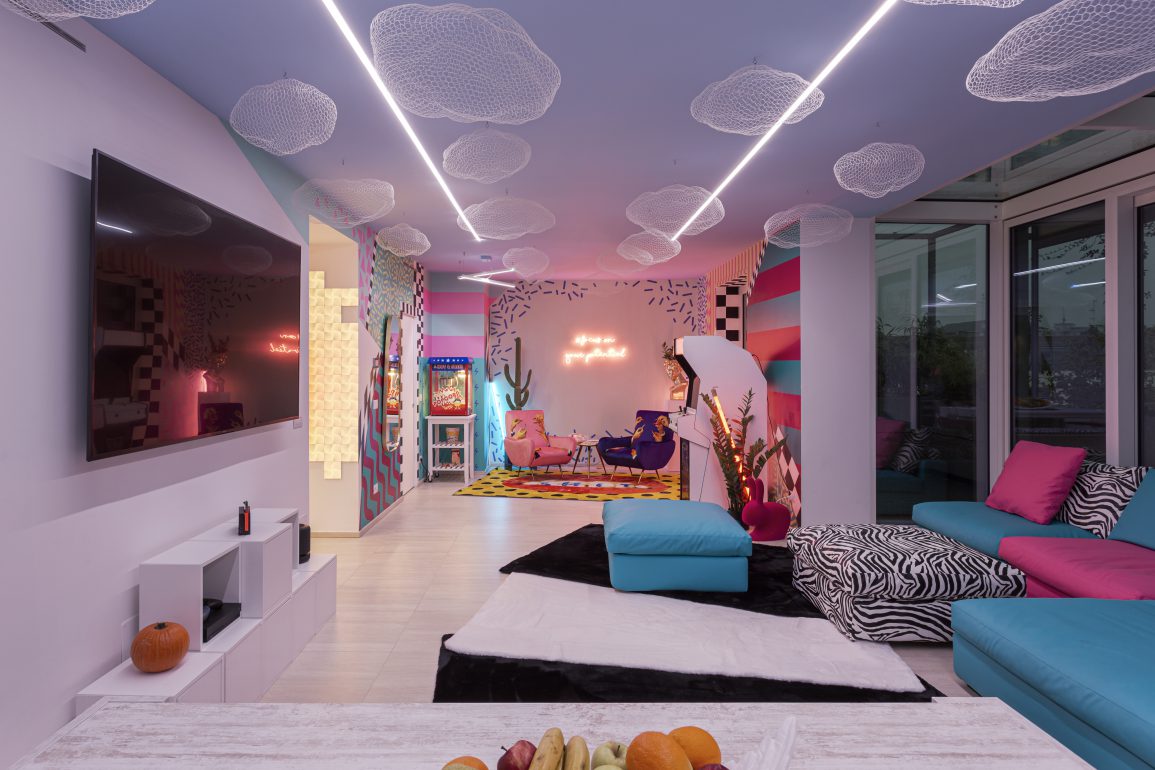 Collab houses where emerging young TikTokers live are certainly nothing new for teenagers all over the world, who actively and constantly follow their idols on the latest social platforms.

However, Defhouse was born with the aim of redefining the concept of collab house that we already know.

Defhouse, a WSC® project, is the first content house in Italy – precisely in Milan – and in the world whose aim is no longer just to be a place-stage where TikTokers simply put on a show to create engagement. Defhouse decides to give substance and depth to such a popular and often underestimated concept, encouraging to the maximum and in a constructive way the growth potential of these very young artists, in order not to become just sparks that are exhausted after a photo and a dance step. In short, a real hub/place of training for these youngsters.

The house is the real protagonist of this project, with its way of communicating, with stimulating environments, and the aim of informing and sensitizing young people to the important issues of our society, educating them to appreciate the culture and draw valuable lessons from it.
Defhouse becomes a vehicle for intellectual training, speaking directly to GenZ, the main spectator of what could be defined as an Academy of Talent “within the reach of Instagram”.

“These young artists living in Defhouse are not smarter than others, but they are aware of how important it is to work on their personal growth,” explains Luca Casadei, CEO and Founder of WSC, and continues: “The young people of this generation have a low attention span, don’t know much outside of social and want to become famous: perfect ingredients to achieve success that will disappear in a flash without leaving a mark. This is why young people are in fact required to feed on knowledge, which will lead them to choose the future they want for themselves, to learn not to be corrupted by pride, but to welcome every good thing that life will offer them.
Giuseppe Greco, member and creative director of WSC, tells how young people have been chosen among hundreds of social profiles for their artistic talents, complementary among all members. Some of them express their talent through dancing, others through singing, acting and so on, cultivating and encouraging the ability to collaborate and the opportunity to “contaminate” and be an inspiration to each other, a fundamental value of the Defhouse project.

Defhouse also has a very innovative feature: Defne is an indefinite entity that could be identified as “the owner of the house”, it speaks to users and young people with a strong and eccentric character and aesthetic, poised between Luxury and Pop.

The entrance to the house opens onto the living room, surrounded by large windows, where the colours light up in the sofa, on Seletti’s iconic armchairs, on the walls and in the accessories, with a ceiling characterised by the suspended clouds of Magis illuminated by neon lights: versatile and fascinating sources of light that became the fil rouge throughout the house, becoming artistic writings on the walls or the curious emoticons that identify each guest in the house. “We are in Milan, the cradle of the movements that changed the way design is perceived: we are talking about Alchimia, Memphis that transformed the approach to design in the 80’s”, says Art Director John Pentassuglia.
The saturated, fluorescent colours in every room, called “Instafriendly”, recall the strong visual impact of the objects and furnishings that were the soul of postmodernism, still capable of capturing the fleeting attention of observers today.
The house is therefore a real set, over 500 square metres in size, where every detail is characterised by bold graphics, an example of which is the corridor animated by the phosphorescent writings of Luca Barcellona, a world-famous calligrapher, capable of combining the manual skills of an ancient art, such as writing, with the languages and tools of the digital age. Obviously, the crazy geometries and eccentric colours of Ettore Sottsass and the current he represents – Memphis, which inspired the corridors leading to the rooms.
Rooms are preceded by a corridor that could be defined almost dreamlike, which marks the passage to the private part of the house. The children’s rooms, on the other hand, have been designed to reflect the different personalities of the residents, dedicating to each of them one of the main colours – blue, grey, pink or red.
And here is where the Defhouse becomes, to all intents and purposes, in every corner of the house, the perfect setting for producing interesting and stimulating content.

However, it should be remembered that this project is not a reality show. All children are free to go out and do their daily activities, such as going to school, with the only obligation to respect the rules of good conduct and constancy in their studies, ideals of ethically correct behaviour to pass on to their generation.
Thanks to training courses on artistic topics, such as acting and diction, or current society issues, such as ecology and sustainability, and on modern professions, these teenagers are stimulated to create content of different levels, to broaden their points of view, to support their opinions, also developing a personal capability for analysis and criticism.

Defhouse is committed to sharing these values with the new generation, the new tomorrow, GenZ, to remember that talent needs be used in the best possible way. 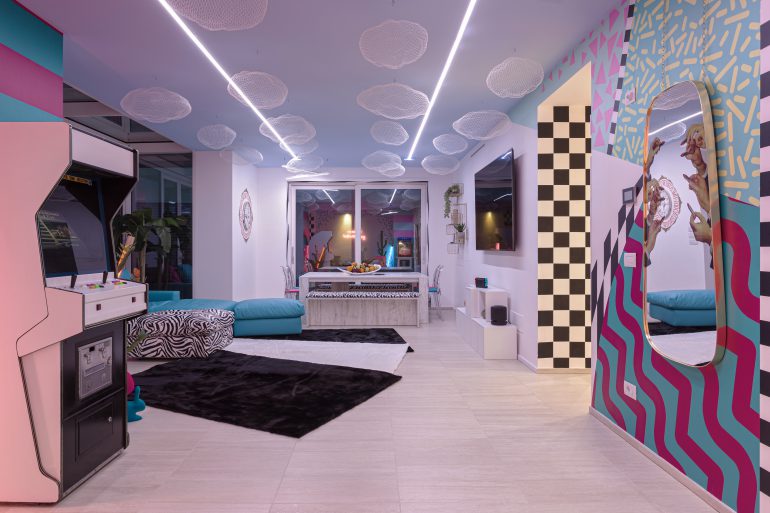 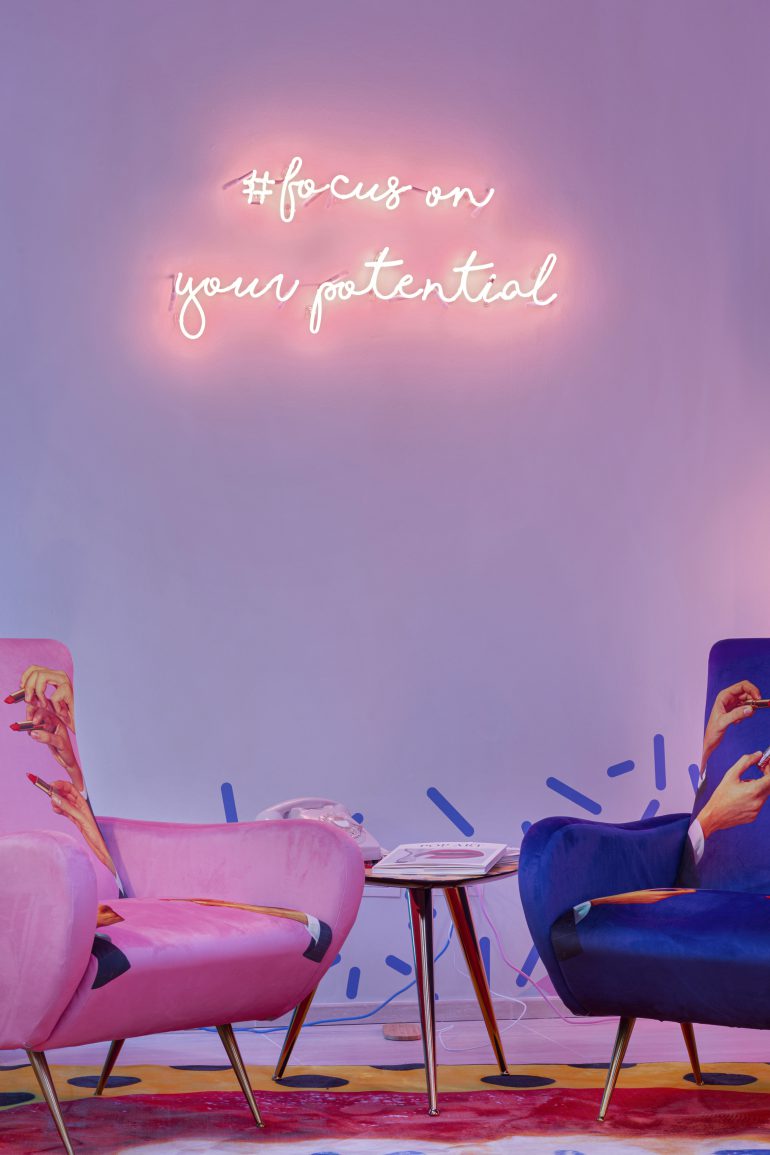 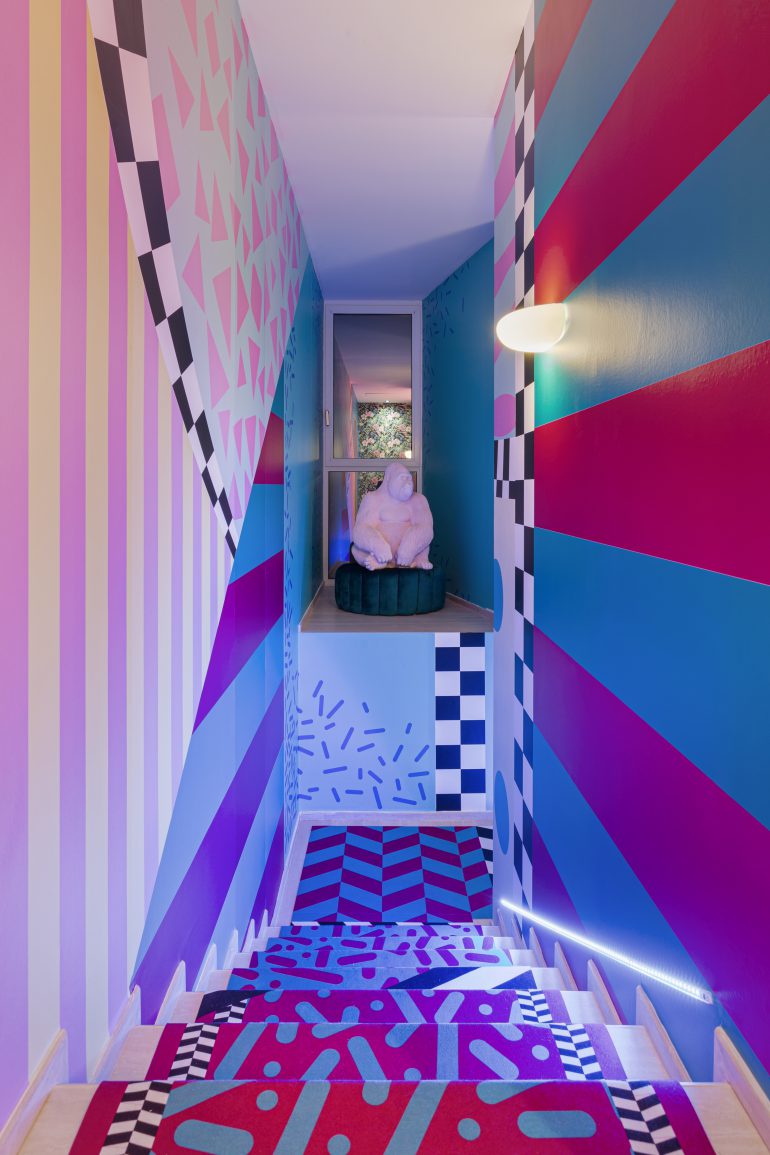 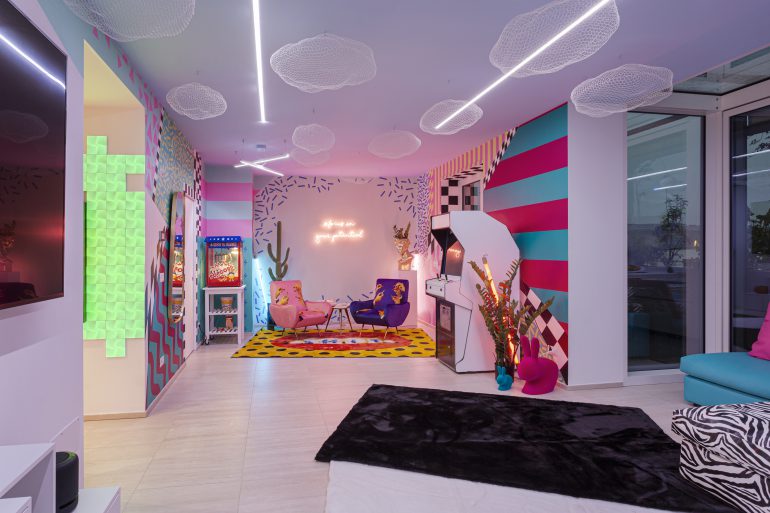 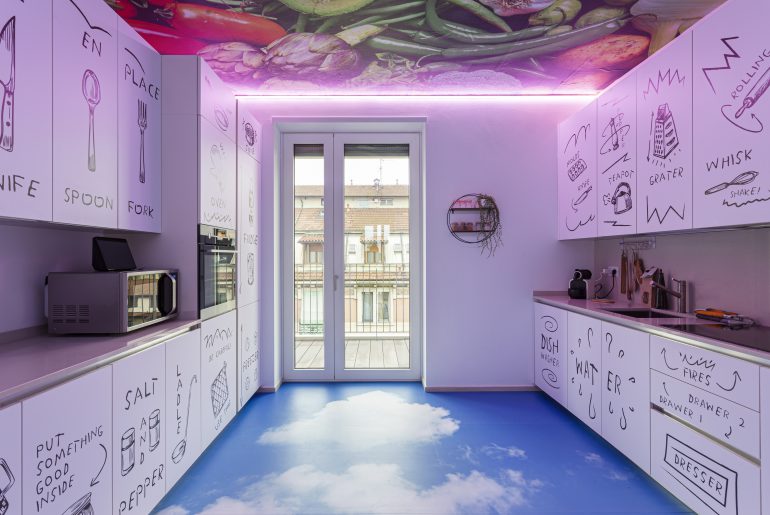 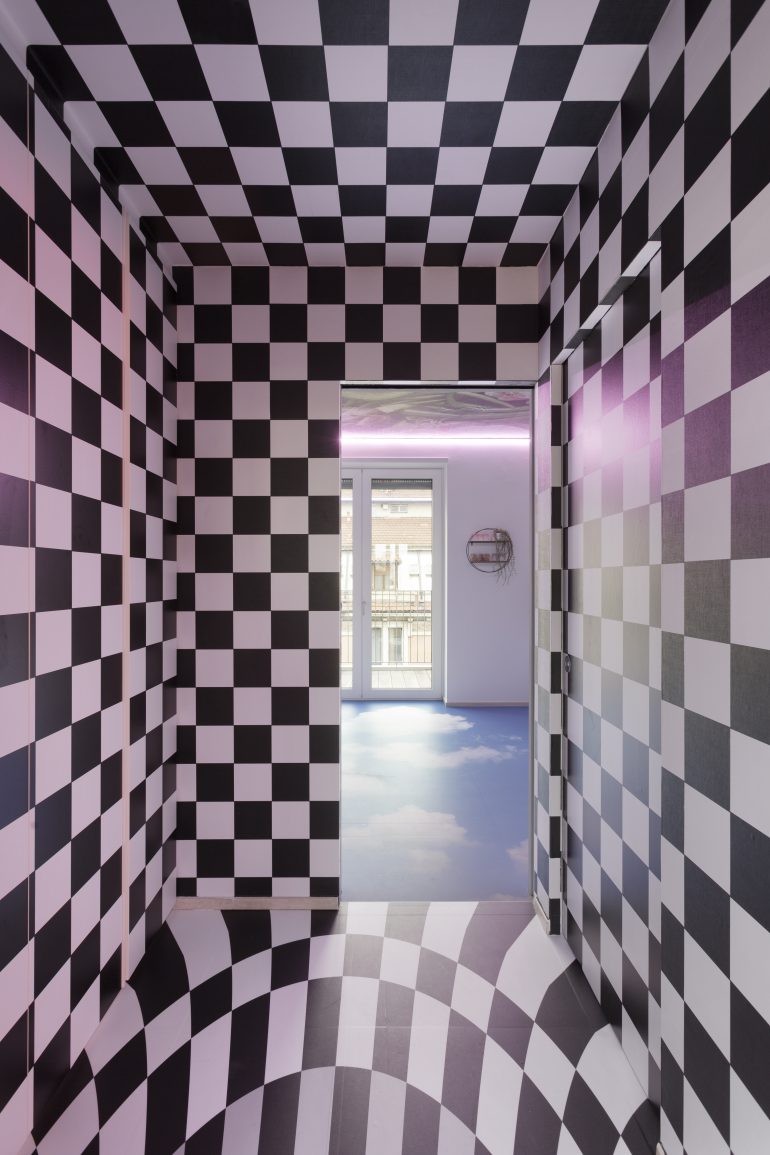 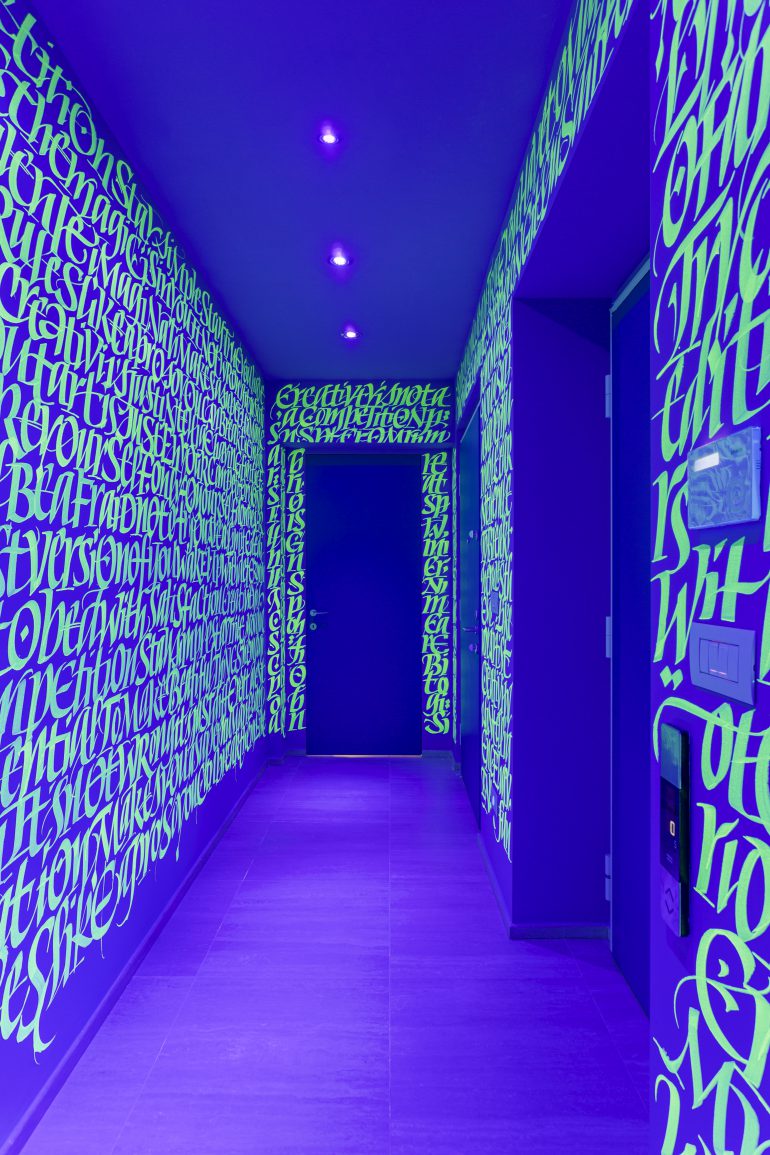 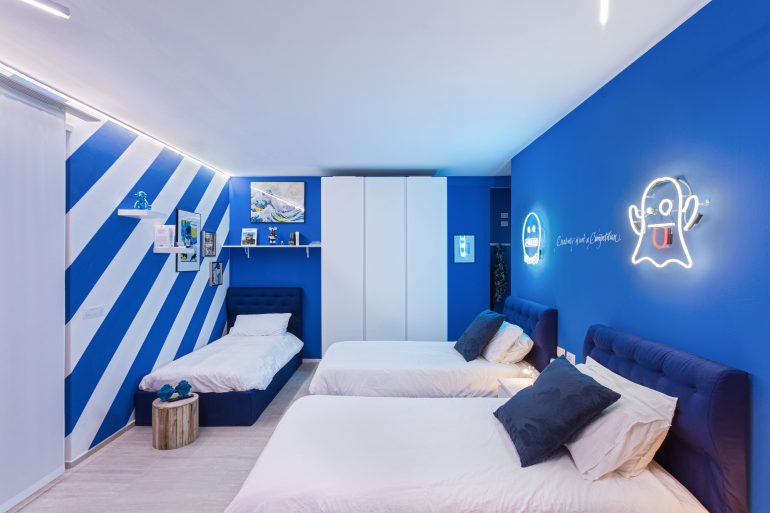 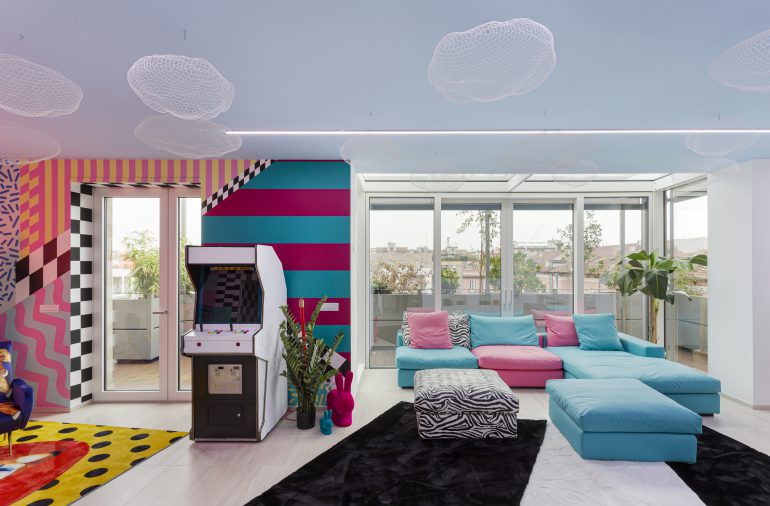