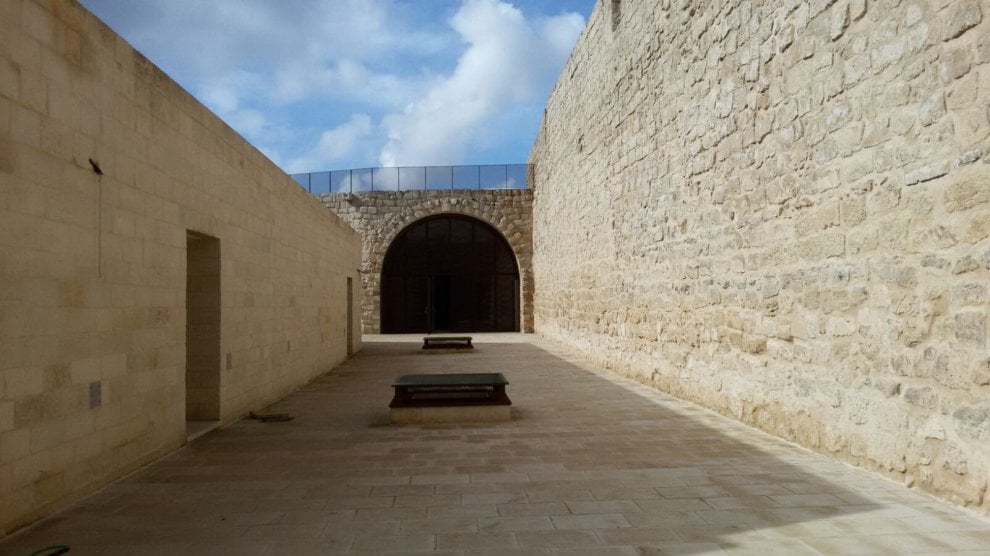 With its project for the restoration of the Parco delle Mure Urbiche of Lecce, Pimar won first prize at the fifth edition of the City_Brand&Tourism Landscape Award and Symposium, promoted by the National Board of Architects, Planners, Landscape Architects and Conservation Architects and International Magazine Paysage Topscape, in collaboration with the Milan Triennial.
Specially conceived to promote landscape architecture in the various branches of design, this recognition aims to encourage a discussion on the future of the urban landscape and a search for best practices that can promote effective design strategies designed to ascribe new ethical, economic and social values to the landscape.
Within the framework of the rehabilitation of urban space, Pimar stood out for a “well-thought-out requalification project focusing on the restoration of the historic city walls, which unveiled an unprecedented scenery in Lecce”.
Carried out in collaboration with architect Patrizia Erroi from the Historic Centre Office of the City of Lecce, the restoration of the Mura Urbiche (the ancient city walls) made exclusive use of Pimar natural stone. Thanks to the restoration works, the Walls are now perceived – together with the moat and the rock outcropping unearthed by the archaeological dig – as a single stone landscape having intrinsic figurative and formal qualities. The restoration work performed on the 16th century fortress also brought to light a Roman road, dating to between the 2nd and the 3rd centuries BC, which continued to be used until the 16th century. The restoration process supported by Pimar aimed to enhance the value of an archaeological area in a harmonious relationship with the landscape, while making it fully accessible to the public. 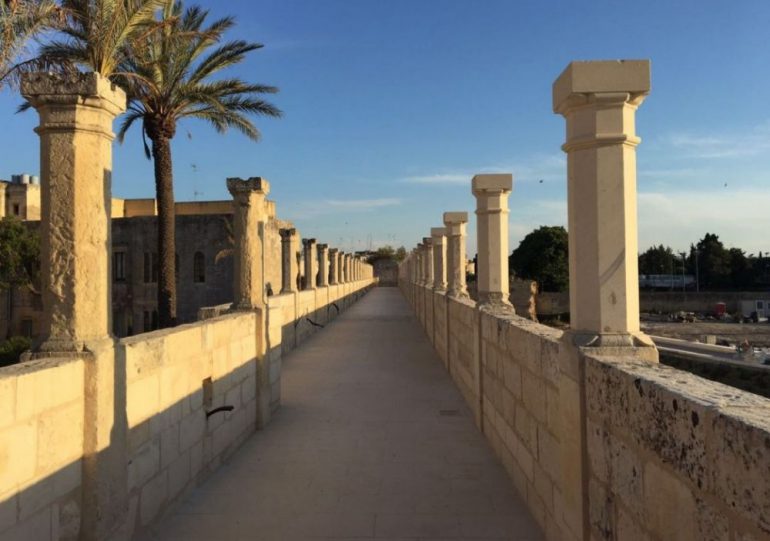 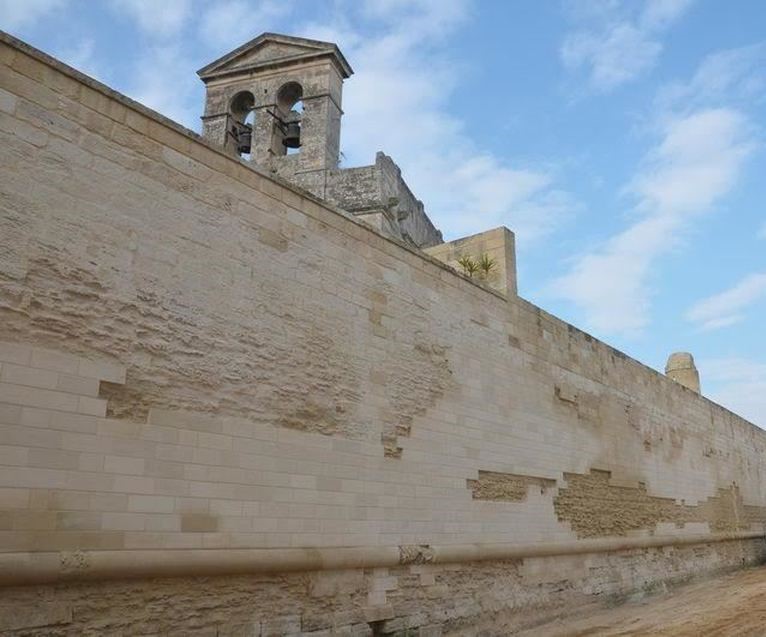 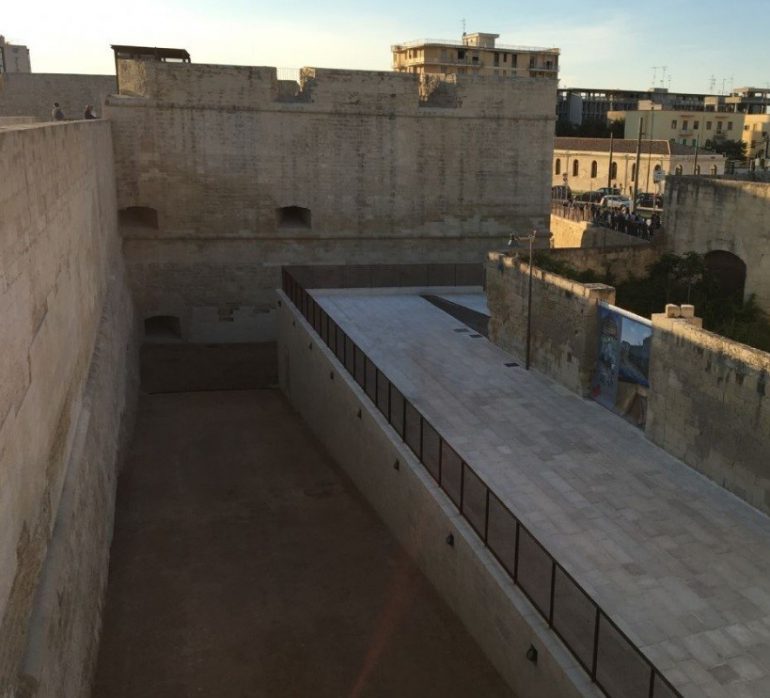 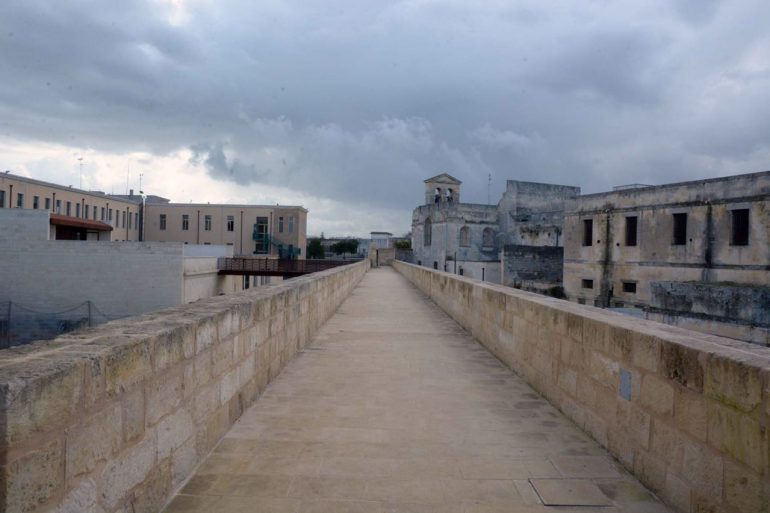 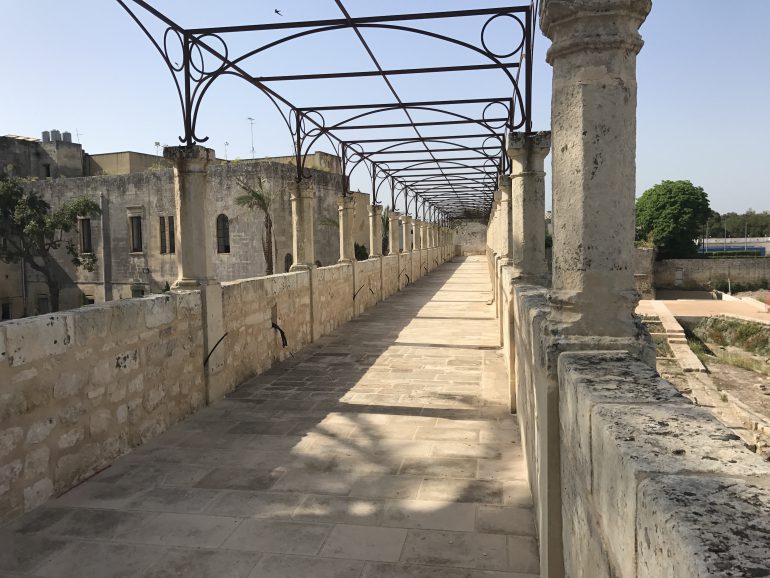 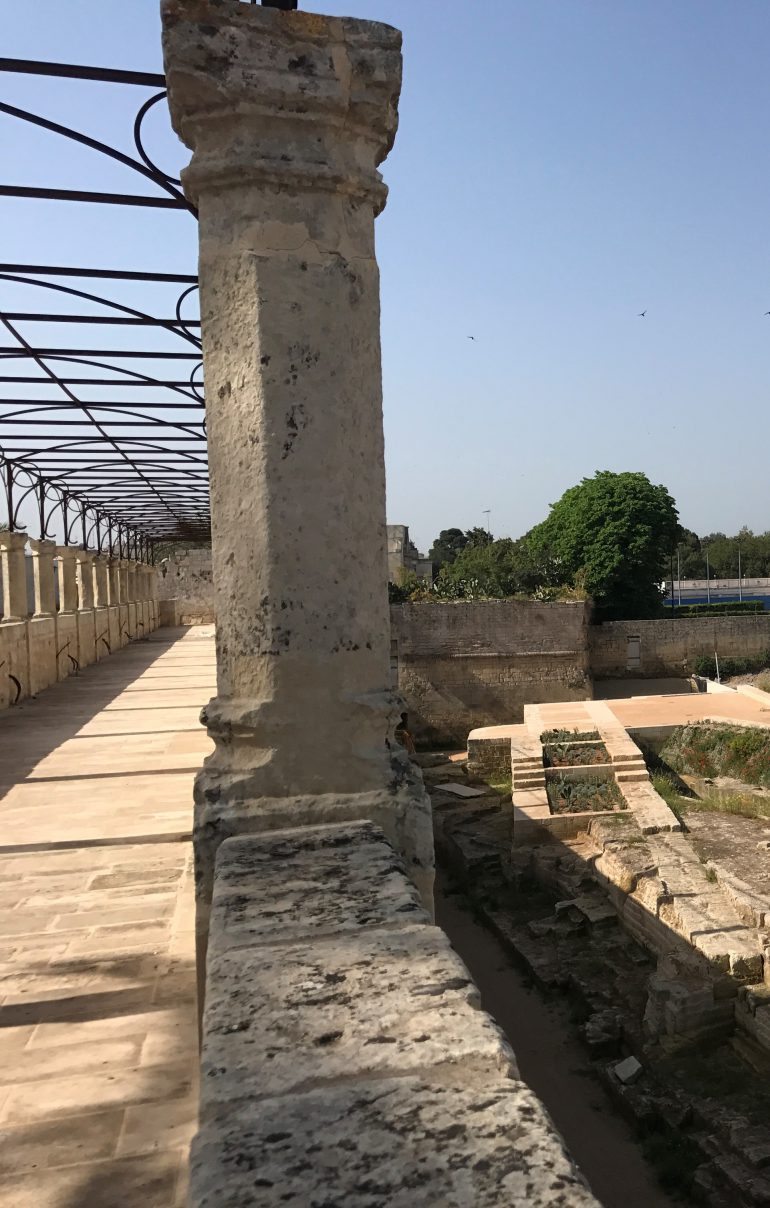 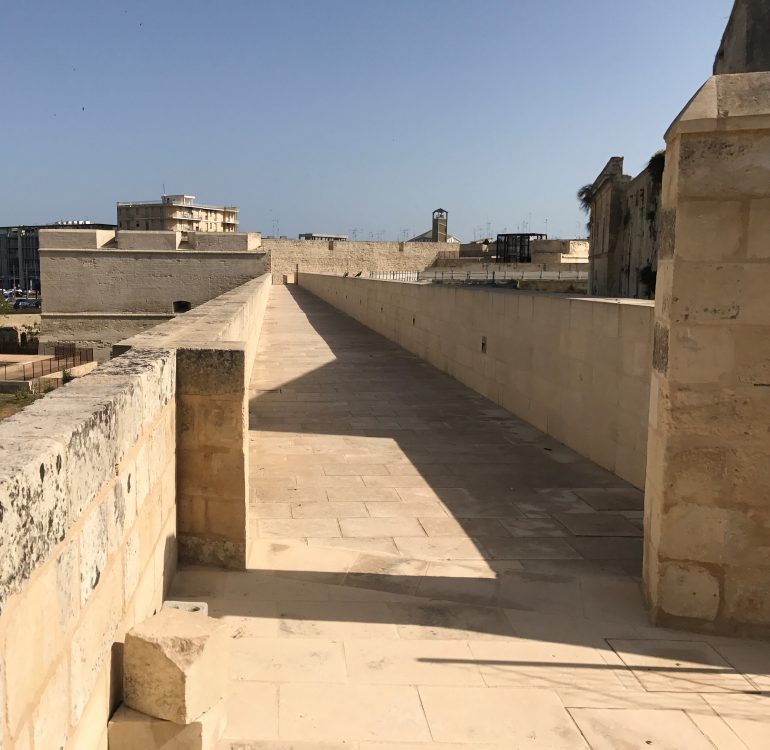 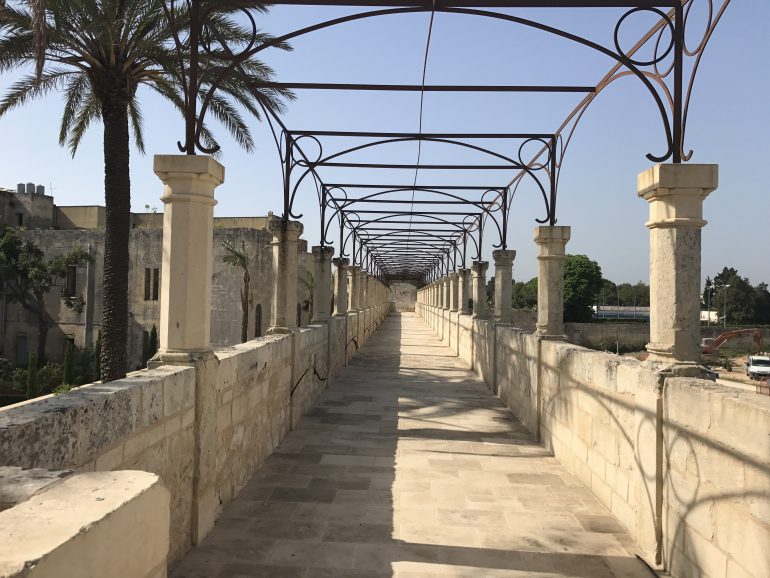 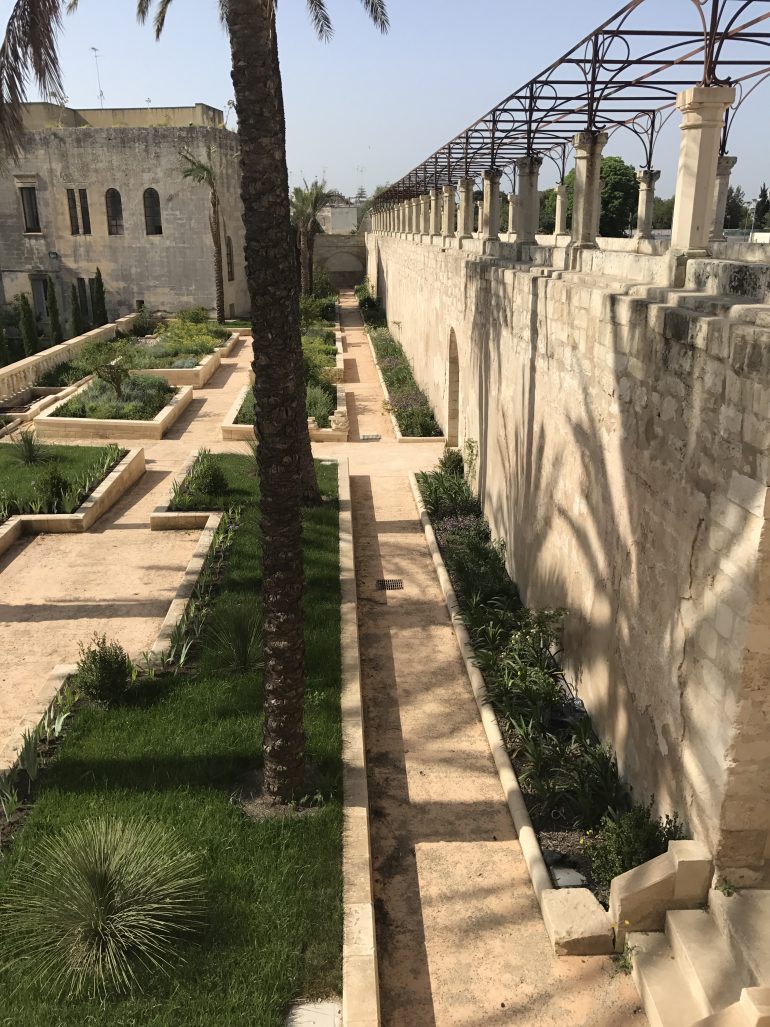 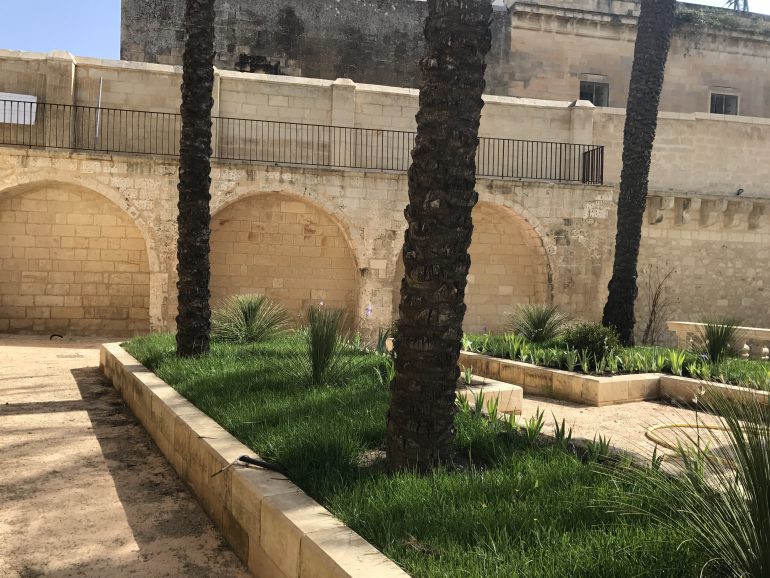 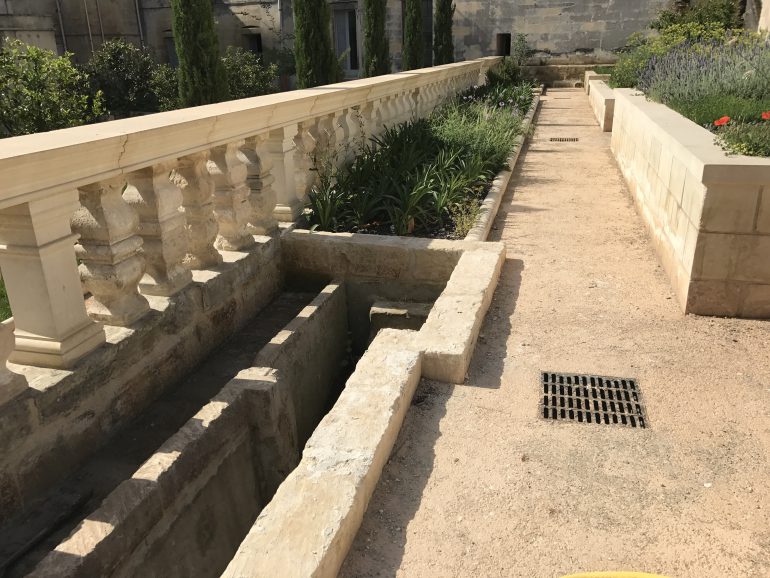 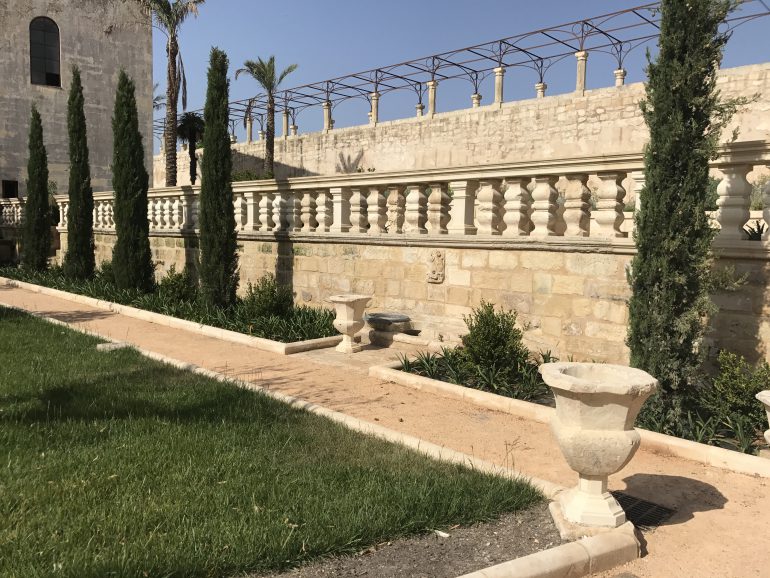