To provide the best possible service, we use cookies on this site. Continuing the navigation you consent to use them. Read more.
PROJECTS
·18 January 2021

Senator Schumer said, “The expanded West End Concourse will take tremendous pressure off the overcrowded Penn Station complex, and attract visitors and community residents to the food, shopping, and grandeur of the entire complex. Once complete, Moynihan Station is poised to be one of the greatest transportations and infrastructure legacies of our generation.”

SOM’s design of the new West End Concourse significantly increases the concourse space in the station complex, improves pedestrian access with new station entries on Eighth Avenue, relieves congestion by providing access to the western ends of existing platforms, and transforms the travel experience for hundreds of thousands of Amtrak and Long Island Rail Road riders. The integration of digital lighting and wayfinding displays throughout the concourse make an informative and enjoyable environment. This state-of-the-art transportation facility creates a public space that offers a tangible link to New York’s grand history while adding much-needed capacity to the region’s rail system.

As part of Phase Two of the Moynihan Train Hall redesign, an iconic new skylight will enclose the new boarding concourse, arching up from massive original steel trusses that span the internal courtyard. Melding old and new, SOM’s design establishes a grand civic space that celebrates the unique history of the Farley Building while evoking the vaulted concourse of the original Penn Station.

“Our design for Moynihan Train Hall culminates a long-held vision to create a new transportation hub that serves not only as a suitable entry and departure point to our magnificent city, but also a destination unto itself,” stated Roger Duffy, Design Partner at SOM. “We are honoured to have been involved with this project since its inception and look forward to continuing to make Moynihan Train Hall a new landmark for New York City.”

The connection of the monumental Farley Post Office Building, a Beaux-Arts landmark on Eighth Avenue, with New York City’s Penn Station, will extend the Penn Station complex west to Ninth Avenue and beyond, anchoring the burgeoning development of Manhattan’s Far West Side and providing a reinvigorated gateway to the entire Northeast Corridor and New York State. 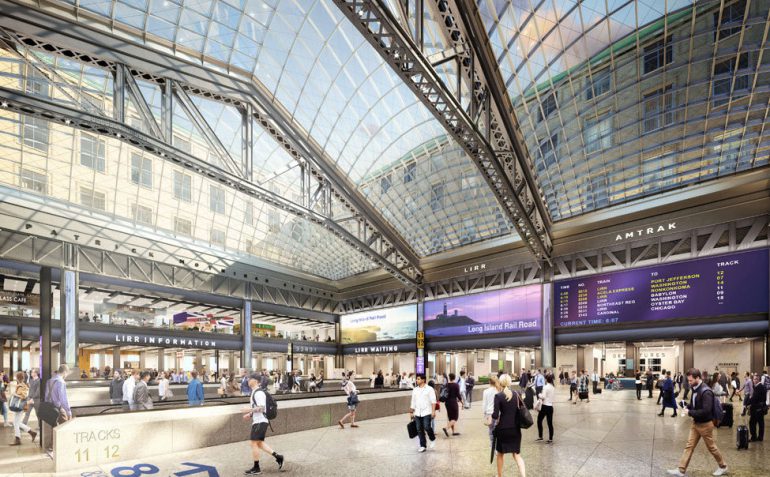 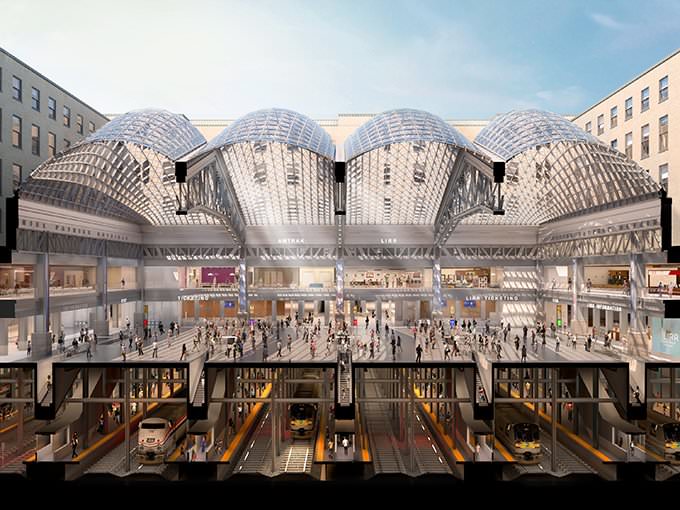