To provide the best possible service, we use cookies on this site. Continuing the navigation you consent to use them. Read more.
PROJECTS
·28 April 2021

From the Garden House 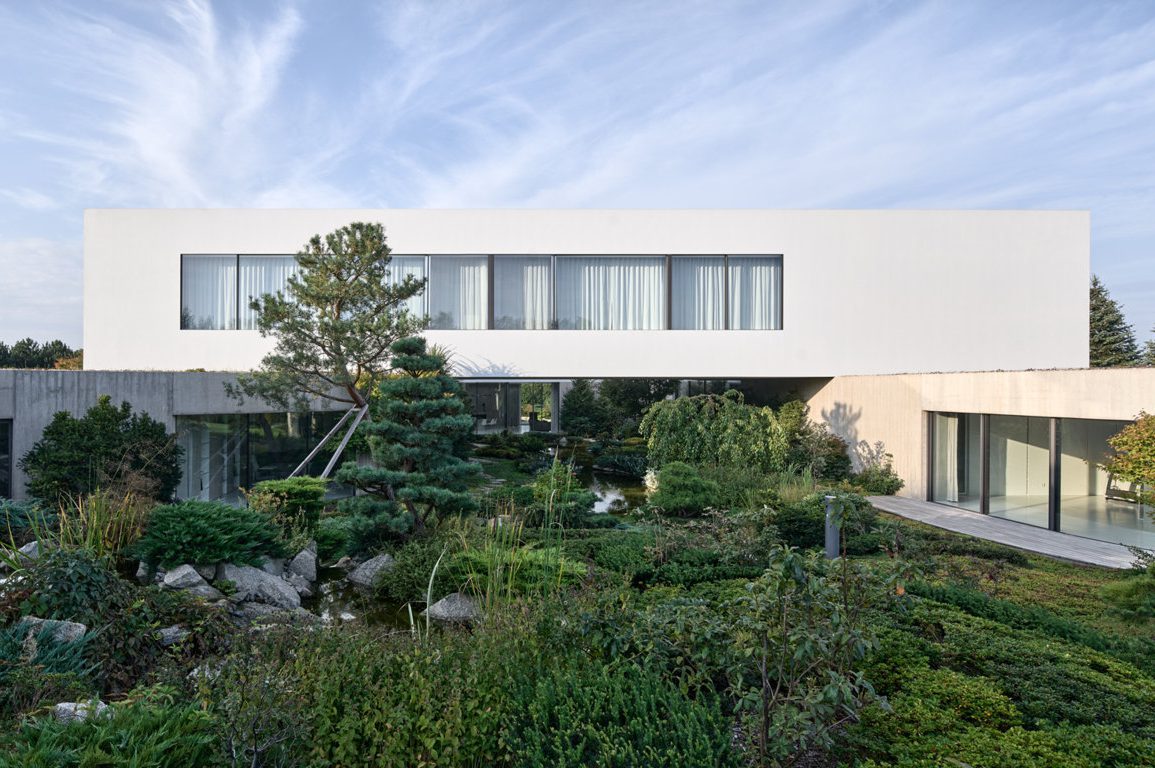 A seemingly inverted path guides the realisation of “From the Garden House“, designed by KWK Promes, the studio of Arch. Robert Konieczny: the client of the house had started from the realisation of the large garden, already at an advanced stage, and only the house was missing. The owner had turned a vacant lot into a beautiful green oasis with a lake and a road leading to the site where the house was to be built. Hence the name “From The Garden House”, whose concept was guided by nature in all respects: the studio designed a building that would blend harmoniously into nature and use alternative energy sources.

Taking the garden as a starting point, a sort of underlying architecture was created that works in perfect symbiosis with nature: the house is interwoven with the greenery, using the energies of the environment and renewable sources, and returning them to the environment itself.
The curves of the landscape inspired the construction of the structure: the ground floor, which houses the living room, forms a continuum of these curves, blending gently into its surroundings. In addition, the rounded shape clearly separates the driveway from the rest of the garden, giving the residents intimacy and silence.
Thanks to the large windows along the perimeter of the house, interior and exterior merge into one. Grey cement was used for the outer walls, which harmonised well with the colour of the existing stone road, the starting point for the project.

Inside, the ground floor contrasts with the minimalist body of the floor and two different geometries collide, joining through a softly cut atrium connecting the two floors. The rooms dedicated to everyday life have been placed close to each other to make the home more “user friendly”, in addition to other rooms dedicated to well-being and to the owner’s passions, including art: a great admirer and collector of works of art, the client wanted a space in which to exhibit his works, so additional large rooms were created on the ground and first floors for exhibitions, capable of accommodating a large number of people. To protect the works from the sun’s harmful rays, large shutters were created on the south and west elevations, which also close off the building uniformly.

“From the Garden House” is much more than a private residence, but a project for the community, leading to the creation of a large residential complex that will use alternative energy sources and regenerate areas of idle land to create a new green urbanism. A project guided by the principles of order and tranquillity, far removed from the spatial chaos typical of distant suburbs.
For more information visit www.kwkpromes.pl. 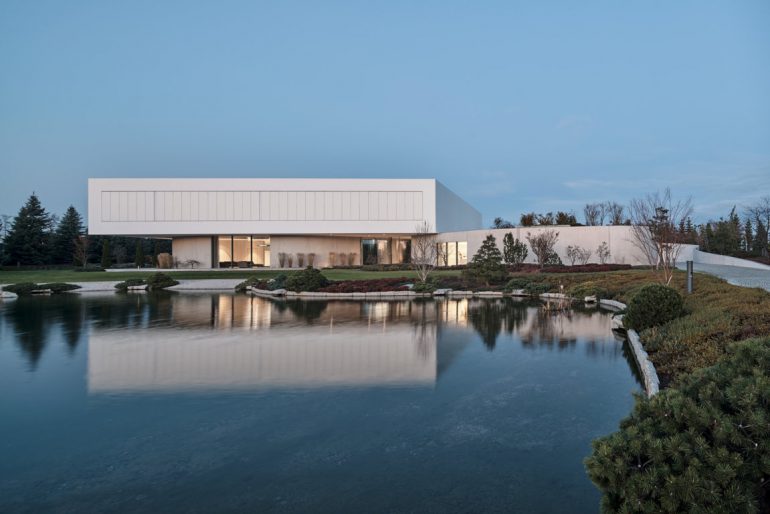 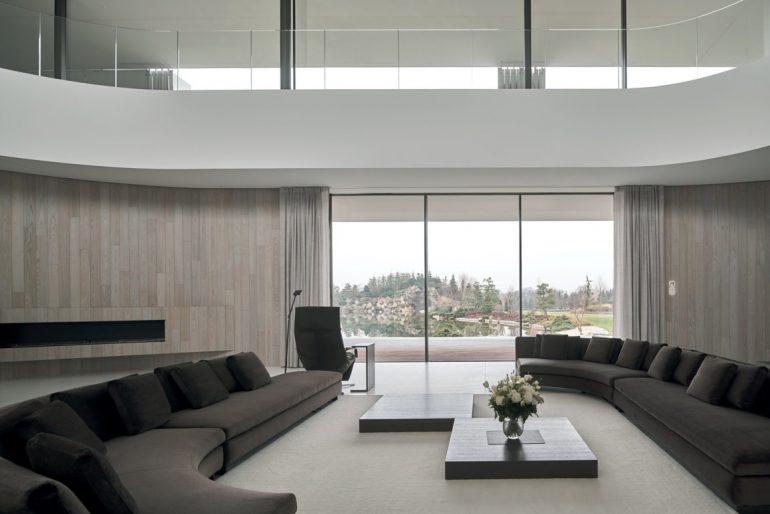