To provide the best possible service, we use cookies on this site. Continuing the navigation you consent to use them. Read more.
PROJECTS
·2 December 2020 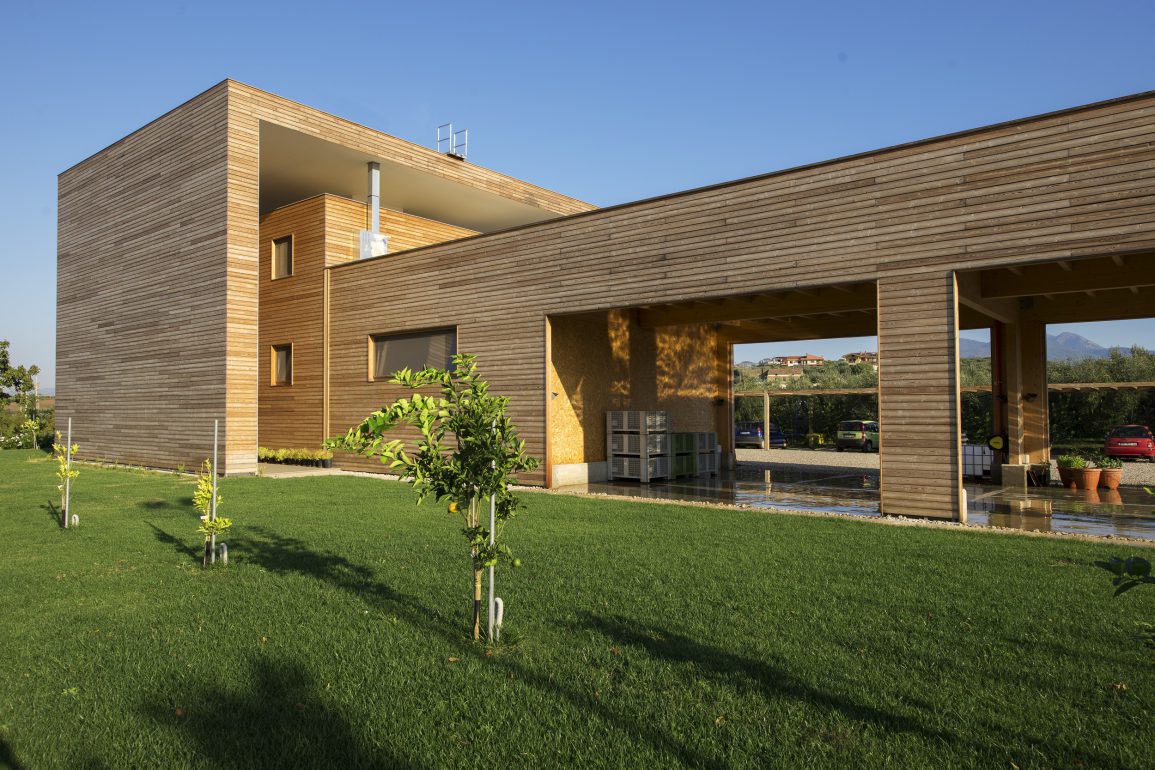 Plans supported by schemes and love for the land is the vision that has made the realization of the farm “Fattoria così com’è” possible.
The project was set in the area between the Municipality of Montecorvino Rovella and Battipaglia, in the province of Salerno, which had a land now abandoned due to the negligence of the previous owners.
The reinvention of the park has made it possible to develop abundant agricultural cultivation on a plot of land covering about eight hectares along the semi-hilly front.

The first architectural intervention carried out was the delineation of a natural fence, which encloses the essence of the whole project. The entrance instead is marked by Cor-Ten steel gates and chestnut trunks.
Grilled panels have been positioned on the ground and developing high, in a staggered pattern on which the climbing plants rest, which together create an evocative play of light and shadow, and the continuous changes in the colours of the natural elements. To the various tree elements, such as the olive grove or the walnut grove, have been added various kinds of vegetables and aromatic plants, which are essential for the production activity of the company Owner Finagricola Soc.

The first architectural intervention was for the Casa Custode, a bio-architecture made of wood on a concrete foundation. The external elements, completely in wood, were created by Rubner Holzbau and local craftsmen.

Construction of the overall structures has not yet been completed, and other implementations are planned in the project, such as biopools, a bio-pool surrounded by rooms in Hypogeum intended for use as cellars, museums, conference rooms, and lastly, guest cells.

Among the various complexes designed for the development of the park, one has been subject to special attention. The “Sala del Gusto” is the emblematic place of the farm that expresses the passion and genuineness that characterize the production of the Finagricola Company.
This place represents a real emotional and gastronomic journey, where guests can explore and taste the specialties of the brand “Così Com’è“.
This structure is divided into three sectors: the one reserved for the preparation of the dishes, the central one where it is possible to taste the different dishes, and finally the space overlooking the outside window dedicated to conversation and entertainment. Inside the latter we find a library and a fireplace in black Basaltina stone, which make the environment even more welcoming.
The suspended ceiling is characterized by elements in chestnut wood, which meet the lighting system, creating a particular diffusion.

This project was possible thanks to the exchange of views and goals between Azienda Agricola Finagricola and architect Diego Granese, who has developed his interpretation of local craftsmanship and agriculture in a modern key, with the aim of creating a new way of interfacing with the excellence of traditional and genuine “good work”. 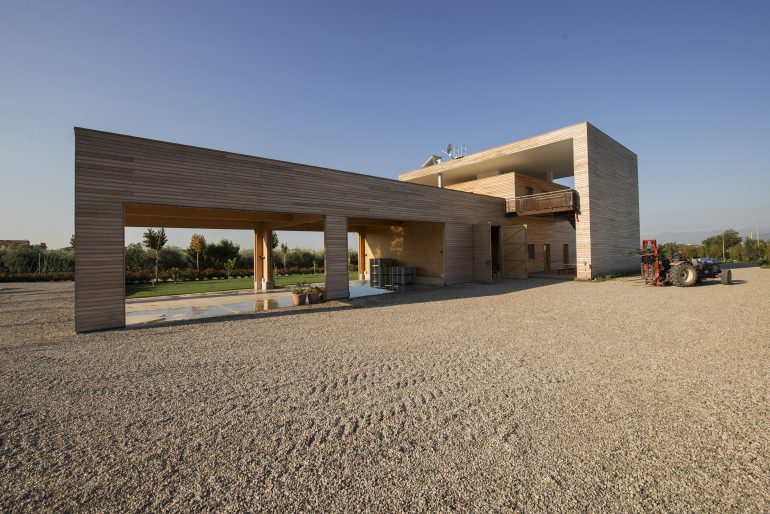 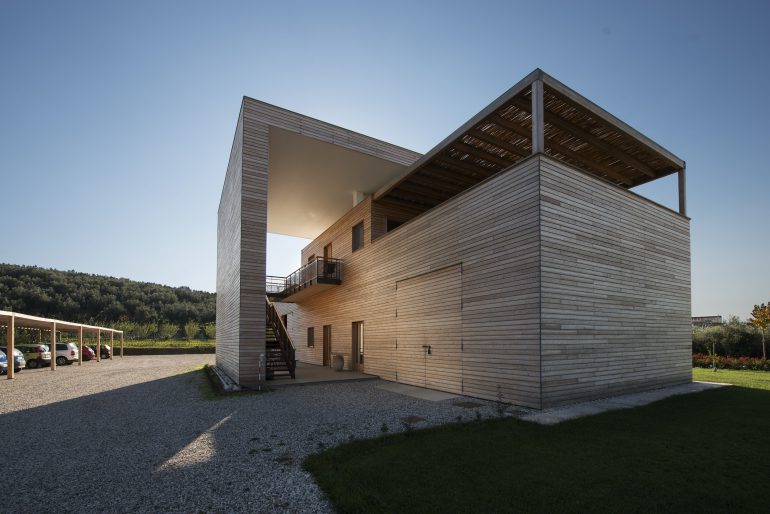 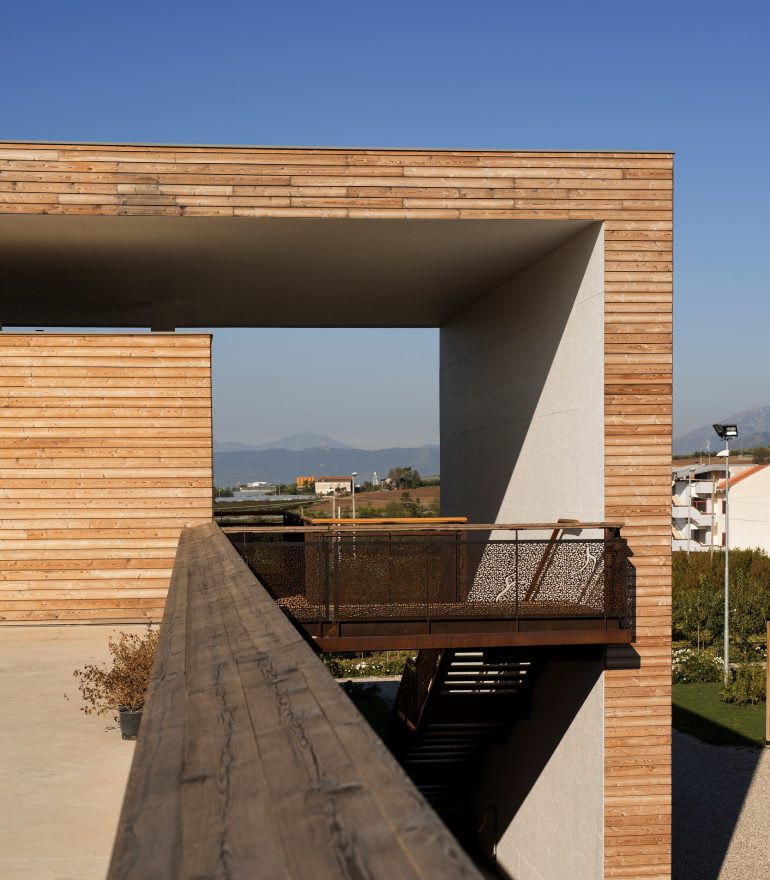 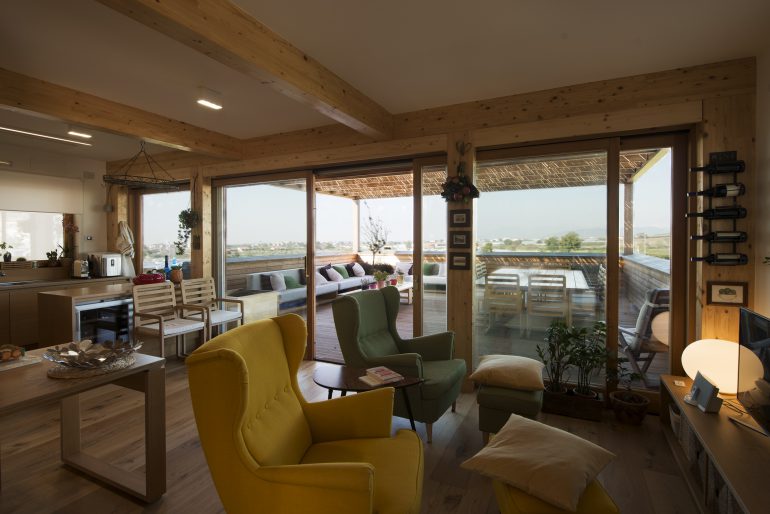 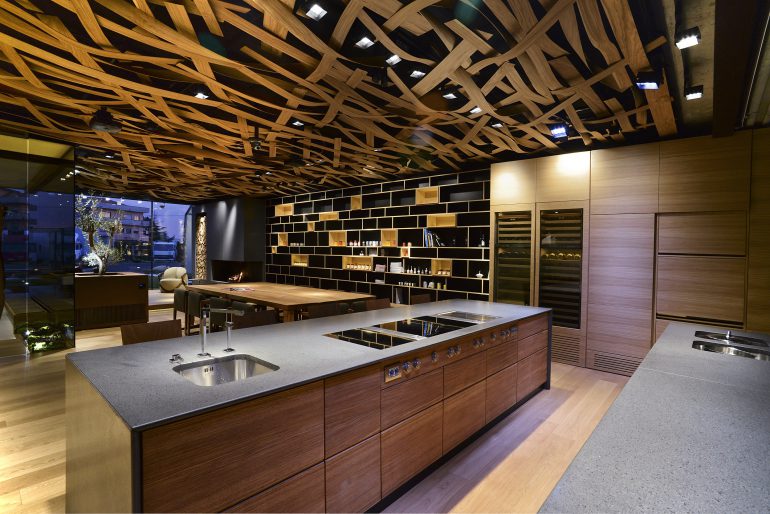 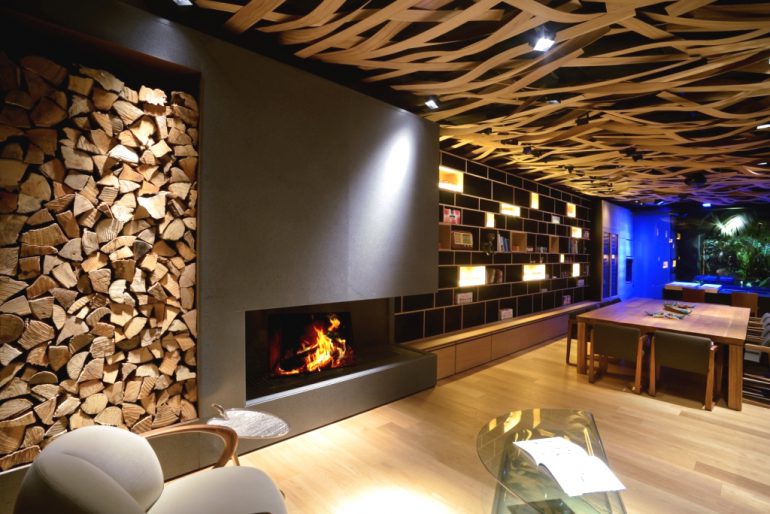 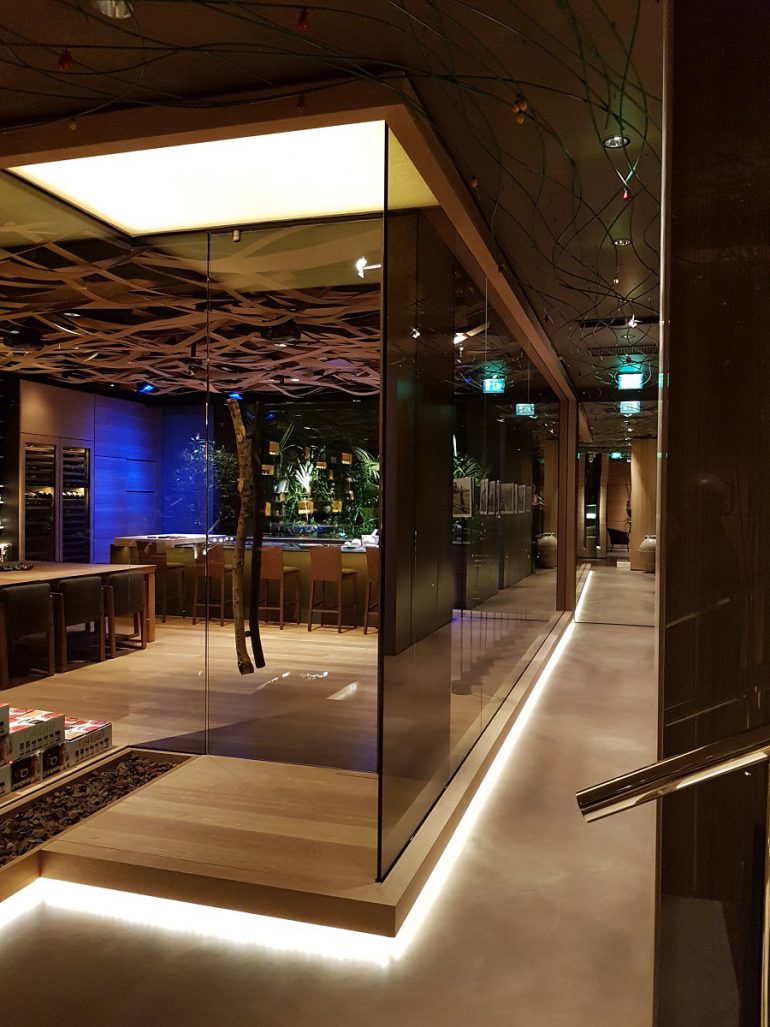