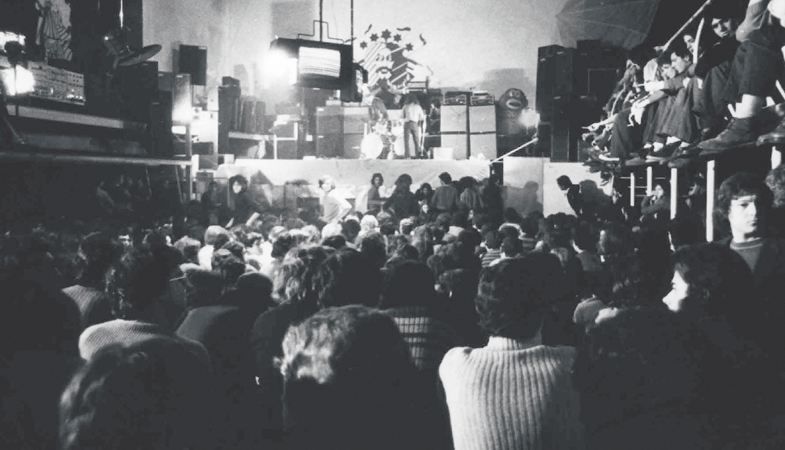 Together with Archizoom, Superstudio, UFO, Zziggurat and Gianni Pettena, the 9999 group (Birelli, Caldini, Fiumi, Galli) were part of the Florentine branch of the Neo-Avant-garde Italian Architectural movement, otherwise known as Architettura Radicale.
With the aim of redefining disciplinary languages and the role of the architect, since 1968 the 9999 group experimented with an architectural form capable of merging the potential of electronic media with Pop iconography, underground culture and rock music, working towards the establishment of a personal autarky in which it could be applied.
The Space Electronic nightclub in Florence, created and managed directly by 9999, would go on to become this autonomous space for free self-managed intervention.
Thanks to it, the architect would no longer be working on commissions, but designing according to his or her personal satisfaction and the achievement of his or her ambitions. Thus the specialized roles were abolished, the architect was now the designer, but also the builder and the architecture manager.
In the pages of Architectural Design, Carlo Caldini ironically laid out the manifesto of their very own revolution: “We were very bad architects. We had no clients.
We could not live so we built a discotheque to support ourselves. […] The little money we make from that lets us do as we want as architects”.
Starting in 1971 and in line with the nascent ecological trends, the 9999 group went on to inaugurate a series of reflections on the relationship between technology and the environment. The “destruction of the object” as followed by Architettura Radicale was an attempt by 9999 to channel support tools towards human activities and therefore architecture itself, in an improved form of technology that canceled out the harsh environmental impact and which was at the same time the means for a return to an existence in contact and balance with nature.

This was a pre-ecological manifesto in which the computerized forest thought up as a classroom for the “New University of Florence” and the “Vegetable Garden House” created for the “Italy: The New Domestic Landscape” exhibition staged at MoMA in 1972 were the tools for its implementation.
The “garden-house” displayed in New York consisted of a single technological device to be produced on a global scale, a piece of furniture for the insertion of a natural element within the domestic environment thereby leading to a progressive and radical transformation, or in other words, changes in small daily routines for the transformation of the greater collective behaviour.
The desire to offer a global reconfiguration of the social order without having to accept the compromise of a utopian vision would, in the group’s last active years , result in the study of media events and modern information channels. Already with the projections on the Ponte Vecchio, the 9999 group had experimented with the effective possibilities of “happenings” in the stimulation of new spatial uses and the resulting new behaviour by users.
The big media phenomena of the sixties and seventies, such as the Vietnam War, confirmed the ability of the mass media to influence popular sentiment on a vast scale. The symbolic power of the media event and its potentially unlimited range of action were selected by the 9999 group as valid new design tools for the effective recovery of a positive role for the practice of architecture.
With the design of the “Meeting between Mao and Nixon in Graz” for Trigon 71 or with the translation into audio-visual format of the Canticle of the Creatures of St. Francis, which was to be transmitted with the help of television, architecture arrived at the final definitive stage of the media event.
The 9999 solution was then to recover a virtuous message from the past, whose contents were universal and valid for any period of time since they were intimately linked to the nature of man and his relationships, using the message to promote a change of attitude towards the environment. 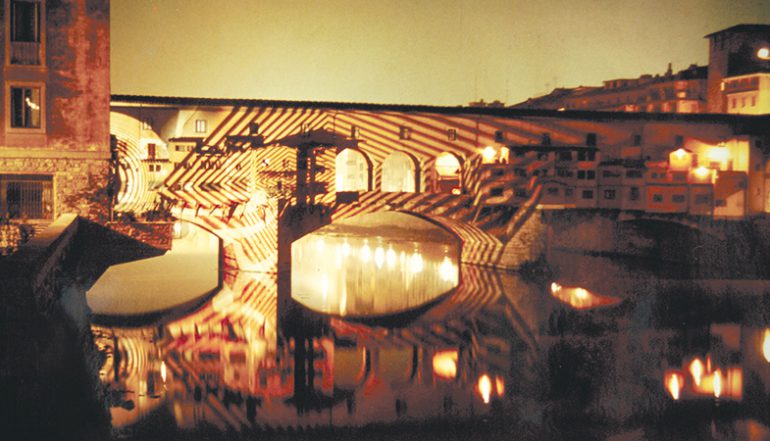 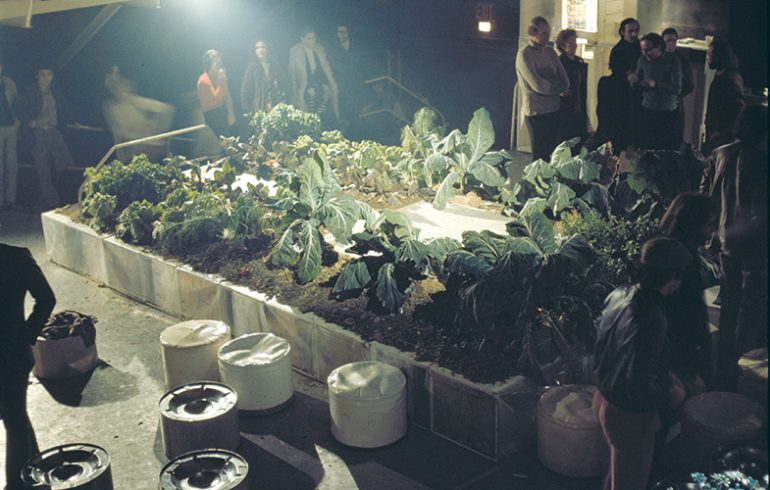