To provide the best possible service, we use cookies on this site. Continuing the navigation you consent to use them. Read more.
PROJECTS
·3 July 2020

Three thousand years of the world’s historical capital, the building radiates the vitality of breathing

This cultural project, curated by Luca Molinari Studio and GA, aims to create a network of people in order to share and investigate the themes around urgent matters in contemporary urban culture and architecture. Established and renown architects, designers and experts will discuss about this challenging topics, with the aim to investigate the everchanging relationship between people wellness and architectural space.
We truly believe that dialogue is the most relevant tool to enhance a better future for our cities involving different points of view and provoking innovative visions for the built and natural environment.
Last year, we started to explore the relationship between living environment and people well-being.

The exhibition we curated inside The Master of the Nets Garden in Suzhou, where we involved three prominent Chinese architects to design a temporary installation inside the traditional garden, showed very well that dialogue between modernity and tradition is a powerful strategy to make people more aware of the role of Nature and history.
Sustainability and sensible choices in a broader sense are the objectives to aim for, in order to better understand how to improve people’s comfort, drive better and conscious choices, and generally enhance, not compromise, people’s health.
Three experts from the fields of art, architecture and design are invited.

1. Curator of the Italian Pavilion at the Venice Biennale of Architecture: Luca Molinari
Affected by the profound influence of Chinese culture, the lifestyle of the unity of man and nature has become a common aspiration of human settlements around the world. It’s impossible to imagine a new project for communities without a perfect merging between modern architecture and Nature because our future goal will be to take care of the environment for the next generations.
Garden aesthetics is a part of Chinese people’s life philosophy. It pays attention to the integration of houses and landscapes. People live in it as if they live in nature, breathing and growing together with nature. The creation of a scene for the whole age space is also based on the perspective of human care to adapt to nature and feed the idea of an harmonious circularity between man and natural environment.
Let the elderly, children, adults enjoy themselves and maintain an appropriate distance, this kind of living building called “the unity of heaven and man”, conform to nature and integrate differently imagining a better and a safer future.

2. Harvard GSD Architectural Design Critic, Founding Principal at Bureau 0-1: KAZ YONEDA
As human beings we need spaces to think, organize and re-orient the directions we want to cross in our lives. The natural landscape, historically has provided and still provides the opportunity to refocus and unwind. Gardens are very much a private space for internal contemplation and spiritual journey. Parks and gardens deal with different kinds of natural and symbolic features, lakes, ponds, streams and rivers work altogether to create a comprehensive landscape that could increase the quality of life, not only for the people who experience directly the natural place, but also for the neighborhood areas, enriching the quality of the urban fabric. Being able to use nature as a medium of interaction in the everyday life, through breathing fresh air, having access to clean water, having a space to contemplate and also to exercise is a great benefit inside the complexity of the urban context. In this meaning landscape is able to cover different degrees of personal and territorial growth within a urban community.

3. Photographic Artist, Cultural Producer, Expert on Japanese Garden: Everett Kennedy Brown
The influence of the ecological environment is incresingly important in redefinig values for the real estate and urban development. Shaping the nature, involves not only the careful design of the visual and aesthetical features, but also a more complex thinking on how the natural environment affects the human senses, whether it be smell, heard or felt. The concept of Biotope, developed in Europe in 1970s is a good starting point to develop a successful project. This process involves moreover researching and studying the local ecology, learning its history, not only reading the anthropic signs on the territory. Starting from the big picture, through the understanding of the peculiar fauna characterized by different species that are originally there, to the smallar scale, studying the pathways of animals, birds, insects and even the wind. How does the wind and sun move through the landscape? These kinds of details are often forgotten but really important to make a project that has lasting value.
Landscape design is very important for the improvement of human environment and architecture. Even with small and precise gestures as for example the use of contrasts, such as shadow and light, the mixture of old and new cultural elements, these kinds of complexity enhance and uplift the experience.

4. Associate Professor of the Graduate Center for Planning of Pratt Institute School of Architecture, Chair of the Board of Center for Active Design: David J. Burney
I’d like to make two general observations. The first has to do with health and the built environment. And the second has to do with the question of authenticity. In fact, we’re now finding that the real estate market is demanding this. People want to live in healthy communities and they’re willing to pay for that privilege. So we found that developers are demanding healthy solutions from their designers, architects and landscape architects. We’ve neglected in recent phases of urbanism, the introduction of symbolic landscape of plants of stone and water. They’re not new ideas. They’ve been embodied in traditional garden design, and the influence of those arts has been extensive and bodied. Most parts of the world have traditional typology, zan construction methods that respond not only to local topographic and climatic conditions, and to the availability of material resources, but also to local cultural norms and traditions.

We are very pleased to see that Xi’an Dongyuan has combined the local historical culture and natural landscape of the city with the modern architectural design to their project, in order to promote a healthy and sustainable living environment.
New York’s Global Luxury Cultural Awards was accompanied by the initiative. Xi’an Dongyuan won the “Global Best Ecological Architecture Award for a new project on the bank of Weiyang Lake in the ancient capital of “Oriental Cultural Living Fossil” Xi’an. The award-winning work was created by the well-known landscape master Kobkaikit Tawatchai and internationally recognized architectural design firm GAD from China.

Xi’an Dongyuan Weiyang Lake‘s works stand out among thousands of candidates from around the world, not only because of its globally design teams, to build high-standard human settlements with international mastery standards, but also due to the core of the building’s history. The city’s longing for the future makes the building full of vitality, so it has been highly recognized by the global architectural professional field. In the future, Eastern history and Western international aesthetics will merge and regenerate generating new places where people will enjoy contemporary life. Architecture and nature, human settlements and the environment, the concept of “Taoism, Nature and Man in One” will create lofty ideals, and architecture will radiate life. 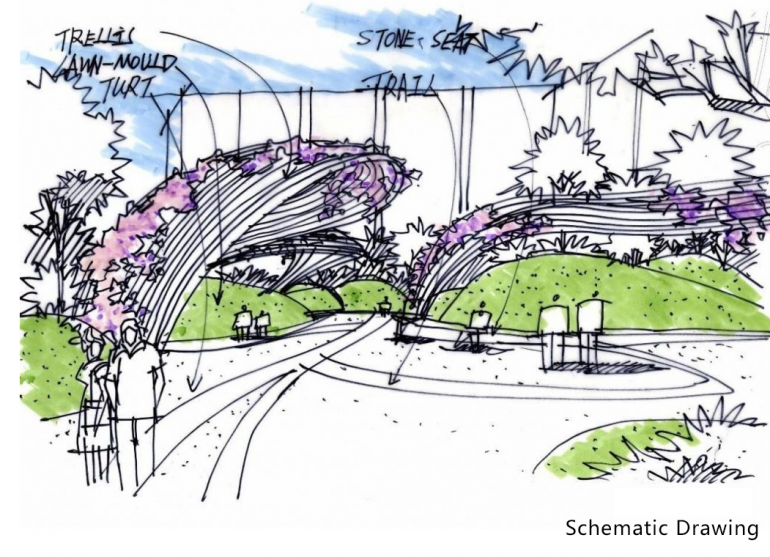 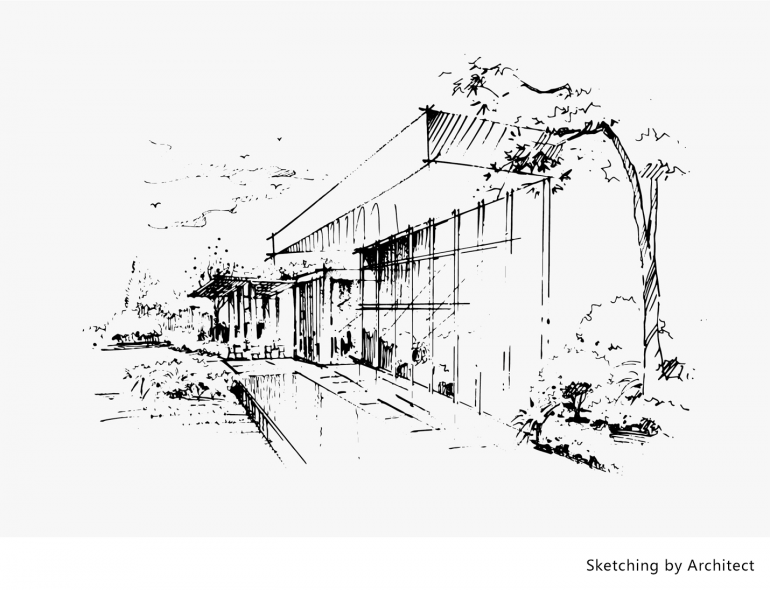 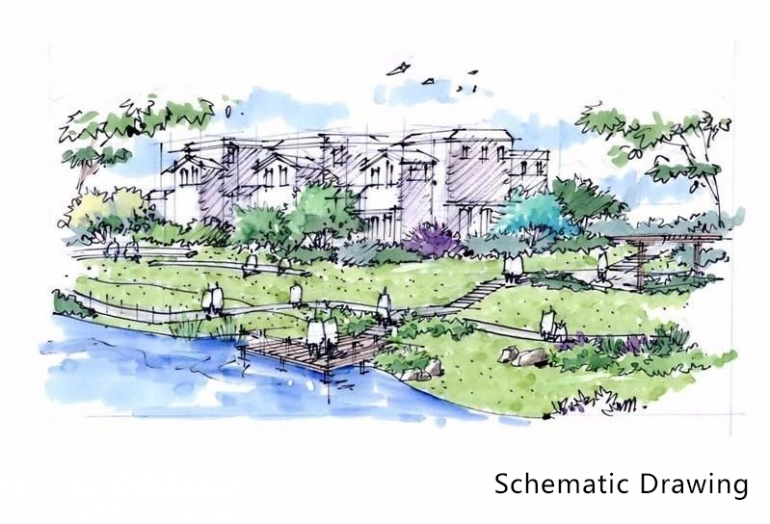