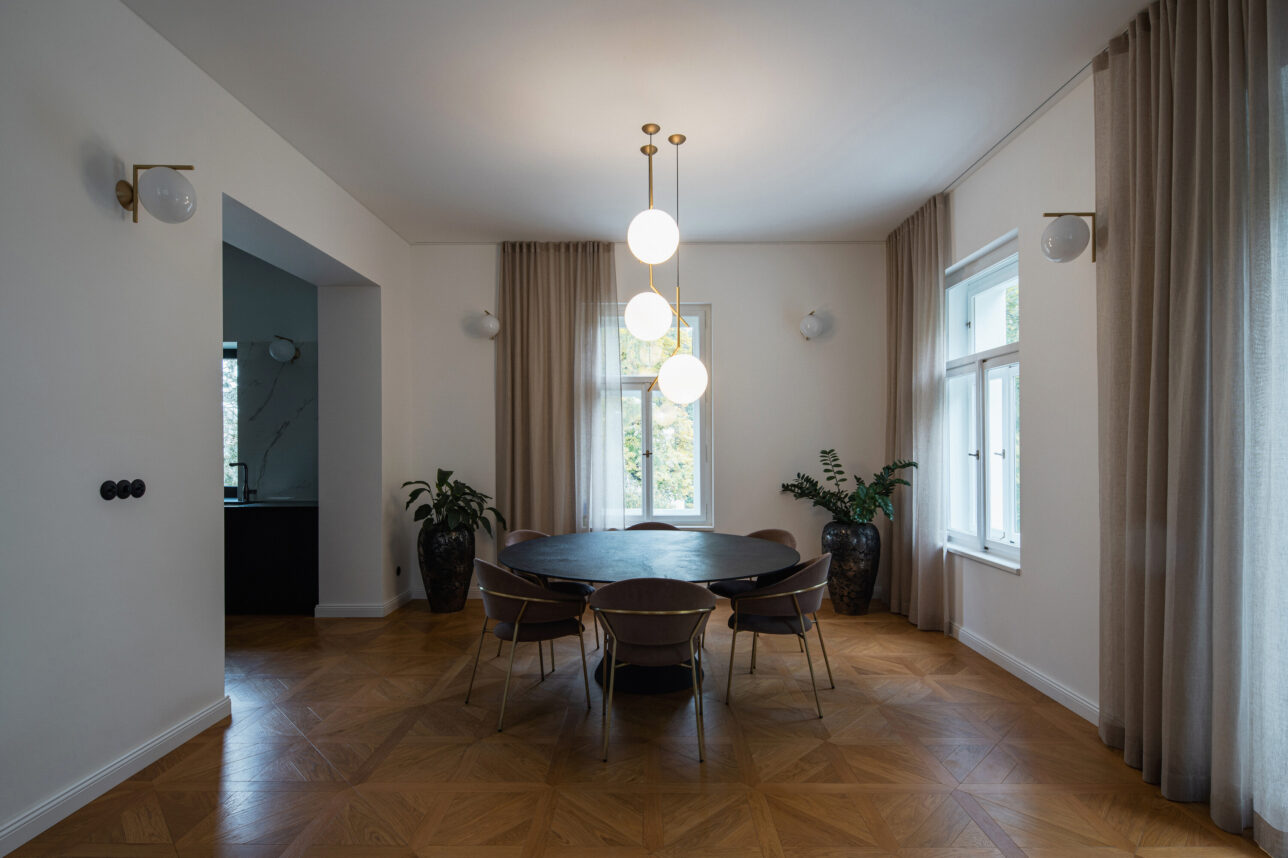 A villa dating back to 1906 that would preserve the original architectural elements but meet the needs of contemporary life. With this in mind, Karnet architekti designed a contemporary layer, redesigned the floor plans, organized the flow of space and fine-tuned the combination of materials to give the villa a new look. The building was completed by the architect František Buldr in 1906 and later the villa underwent a major reconstruction according to the design of Mr. Karel Šťastný in 1939. The studio first came in contact with the villa in 2018 and it was immediately clear an adaptation of the design to the new requirements. An essential step for the entire design process was to move the original main entrance to the ground floor. In addition, associated rooms were created, such as an extra storage room or wardrobe.

The original layout brought the entrance to a stair landing, which limited storage space but at the same time created an authentic atmosphere and a nice view through the living room onto the balcony. Therefore, it was decided to keep the original landing as the guest entrance. The floors are marble tiled, and its design seamlessly follows the walnut veneer of the built-in cabinets. As for the kitchen, the decision was made to orient it on the second floor to the north, while the new large window offers views of the valley and the front gate. Lights are hung in clusters, and curtains blend from ceiling to floor to emphasize the height of the room.On the second floor, there are children’s rooms with a master bath. By putting everything on the same floor, the original terrace was converted into a new room.

The intervention simplified and unified the original layout of the house, which was very fragmented and complicated.On the third floor, there is a master bedroom with a bathroom and dressing room, all pervaded by a ceremonial atmosphere. You get to the bedroom by a steep black staircase, walk through a passage under the beams, and suddenly an entire tower appears. Just below the top of the tower is the original wooden podium, where the bed is now.Karnet architekti tried as much as possible to keep the original details. In fact, replicas of wooden sash windows were designed for the openings and the railing posts were cast in molds created according to a preserved sample. Despite objections, it was decided to retain the friezes on the facade, which are an authentic characteristic element of the building. In maximum contrast to these original elements, however, modern interventions were carried out to meet the needs of contemporary life without functional compromise. 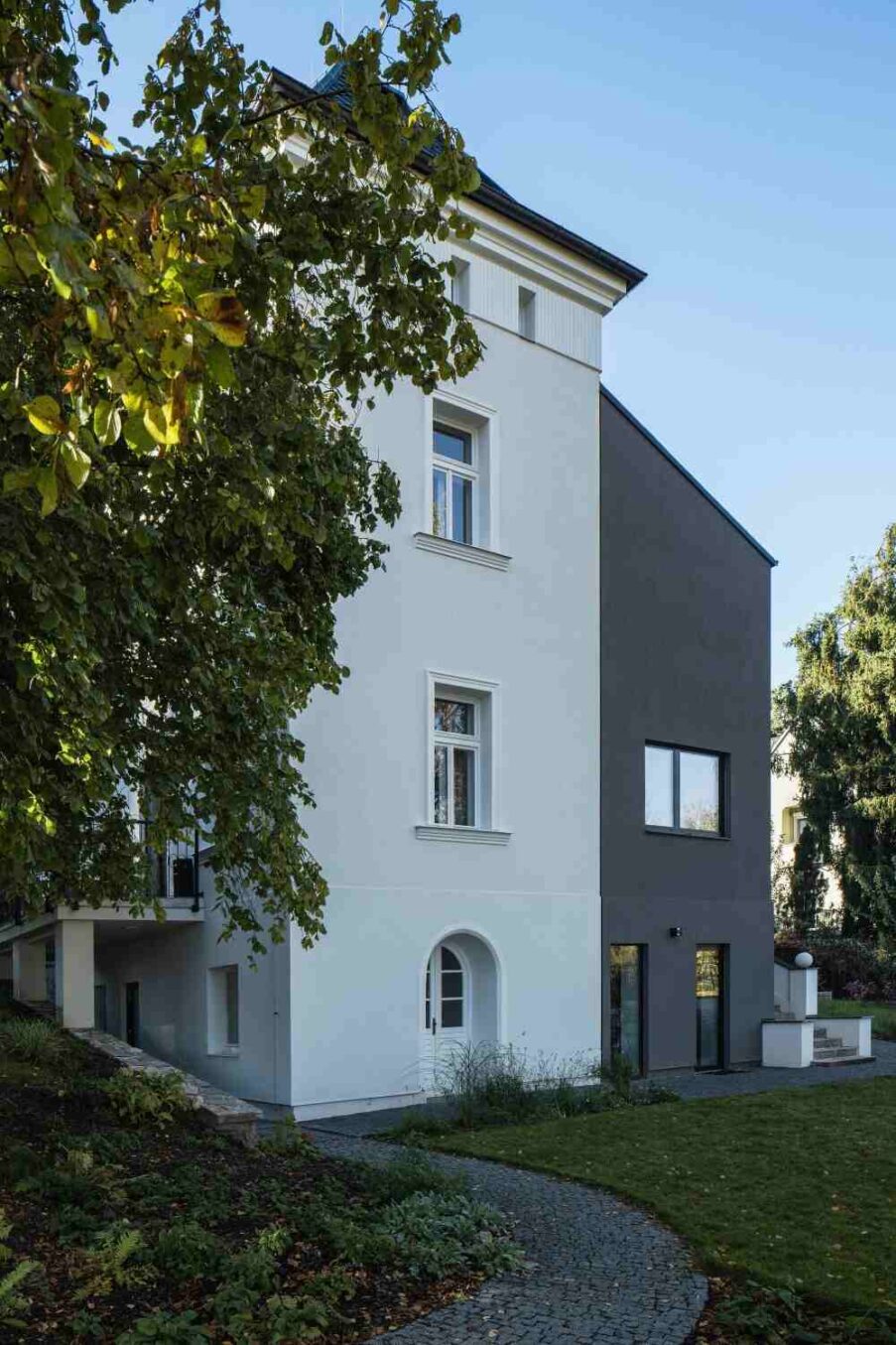 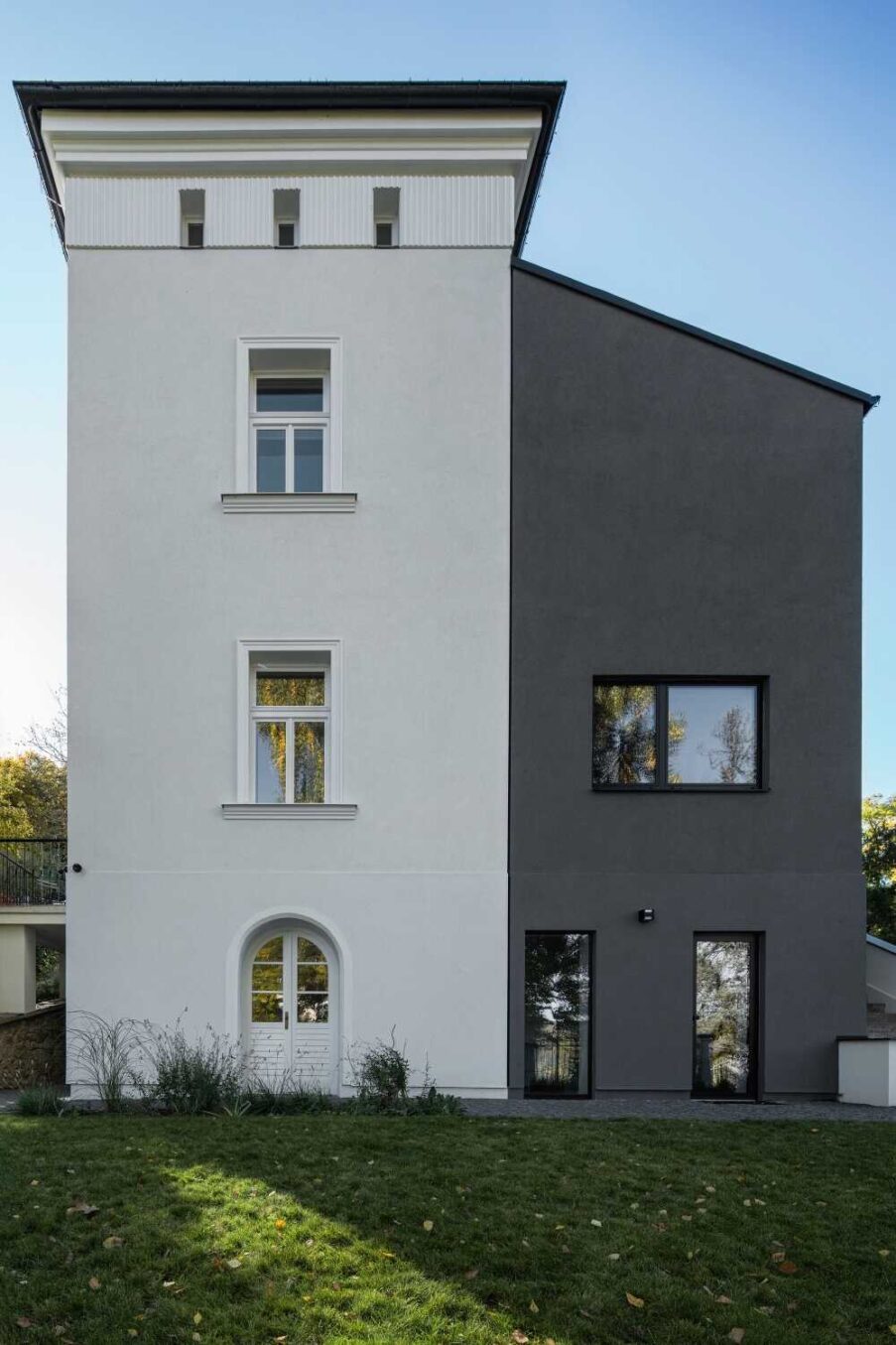 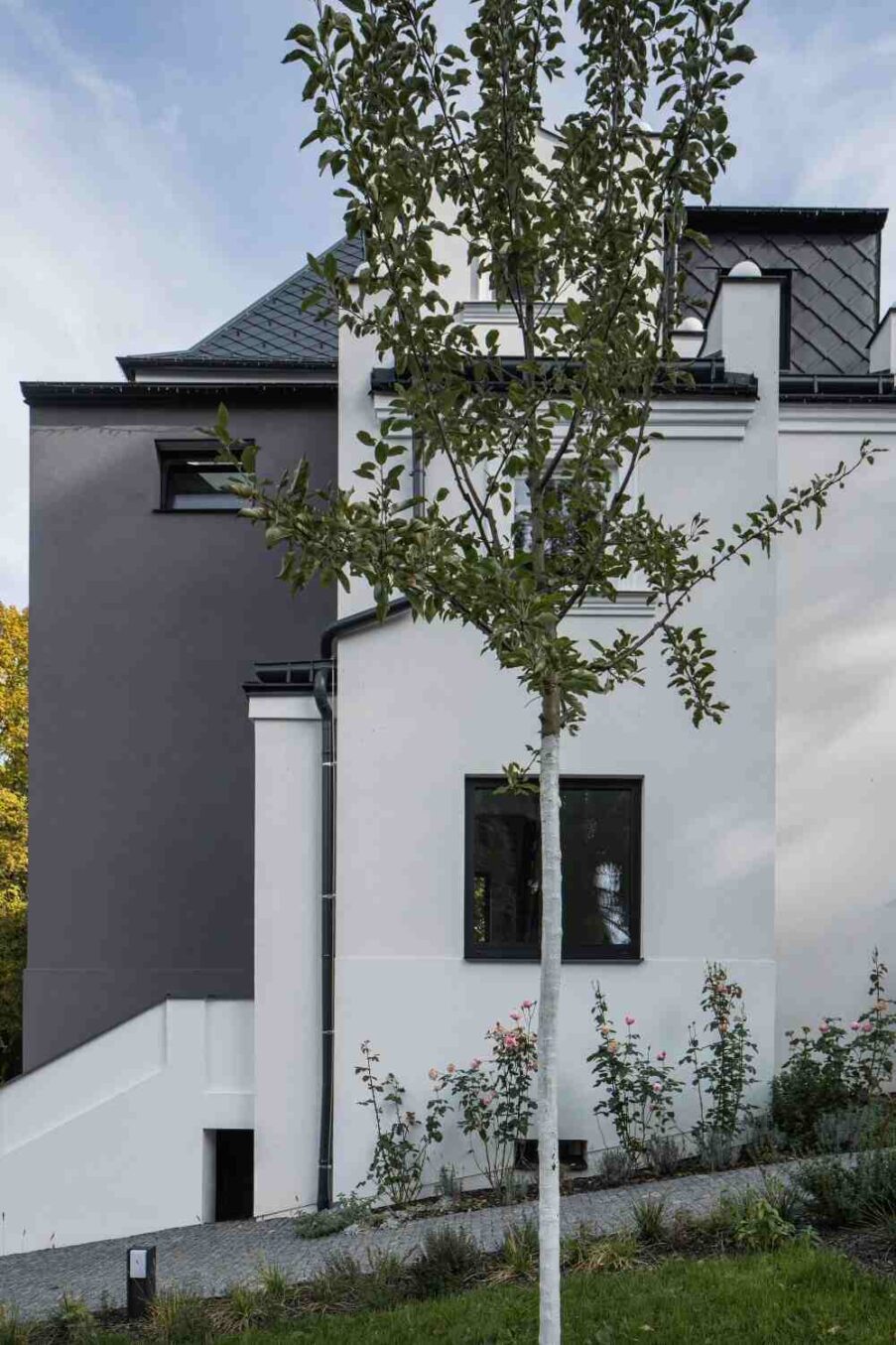 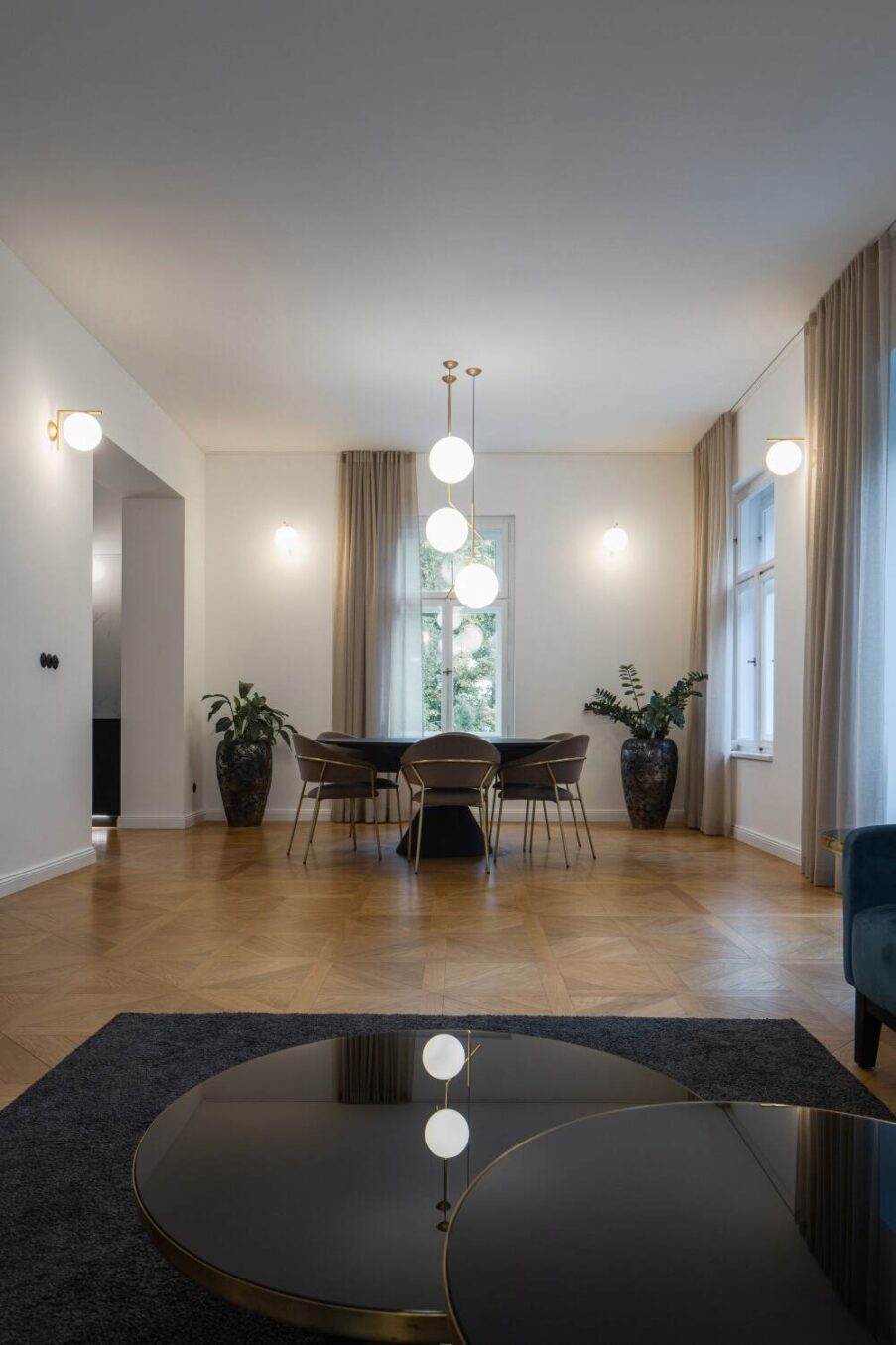 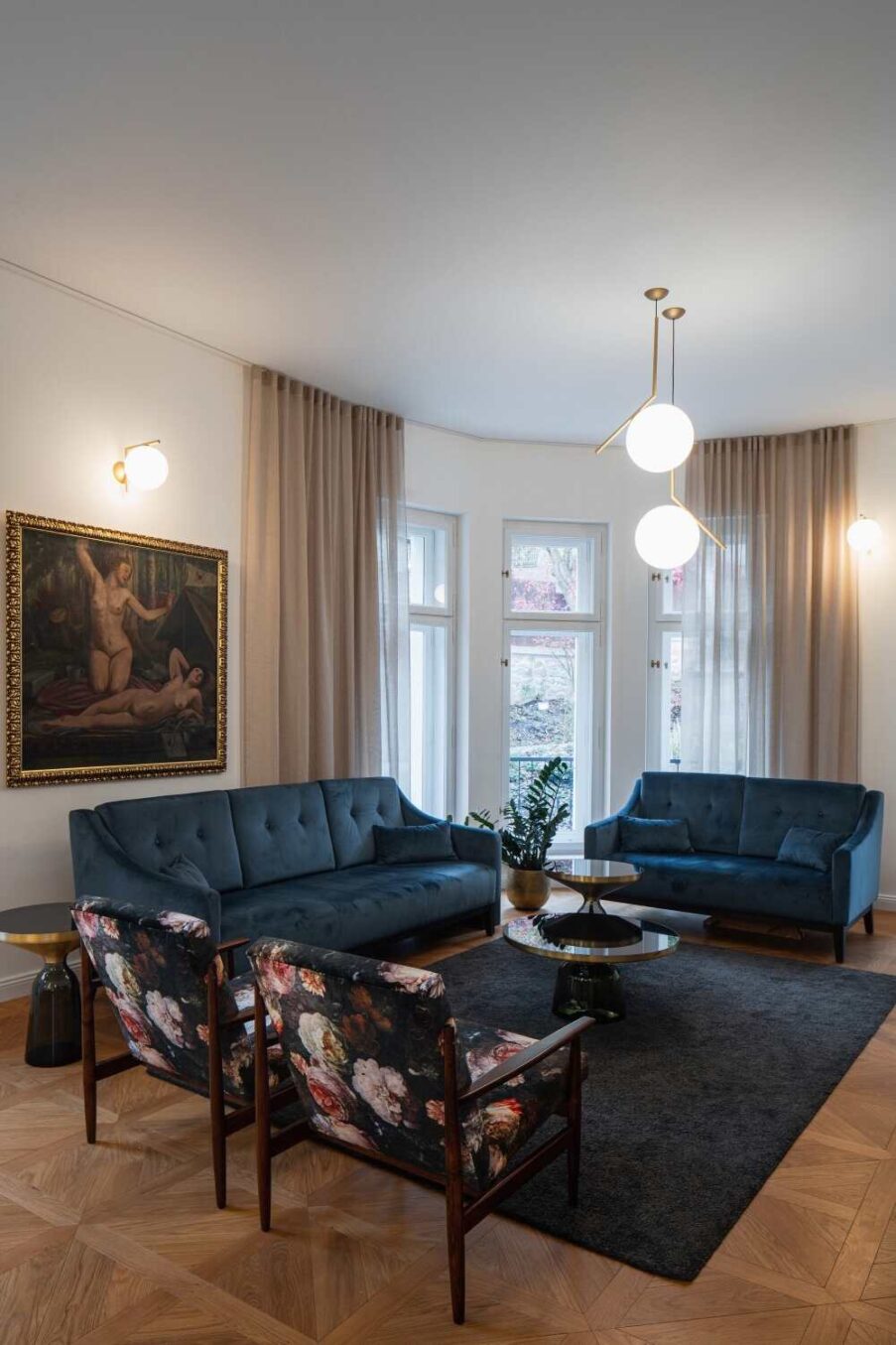 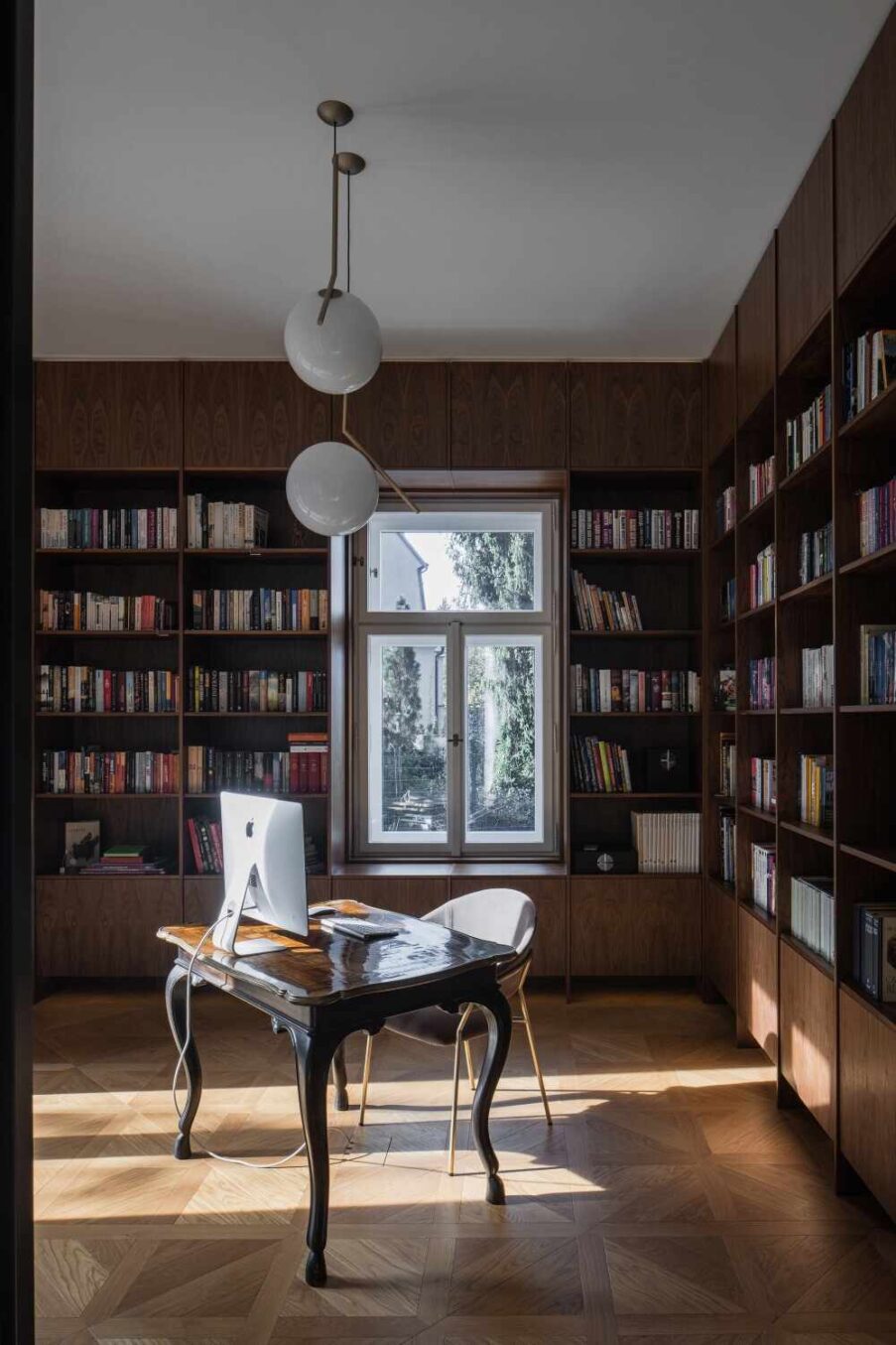 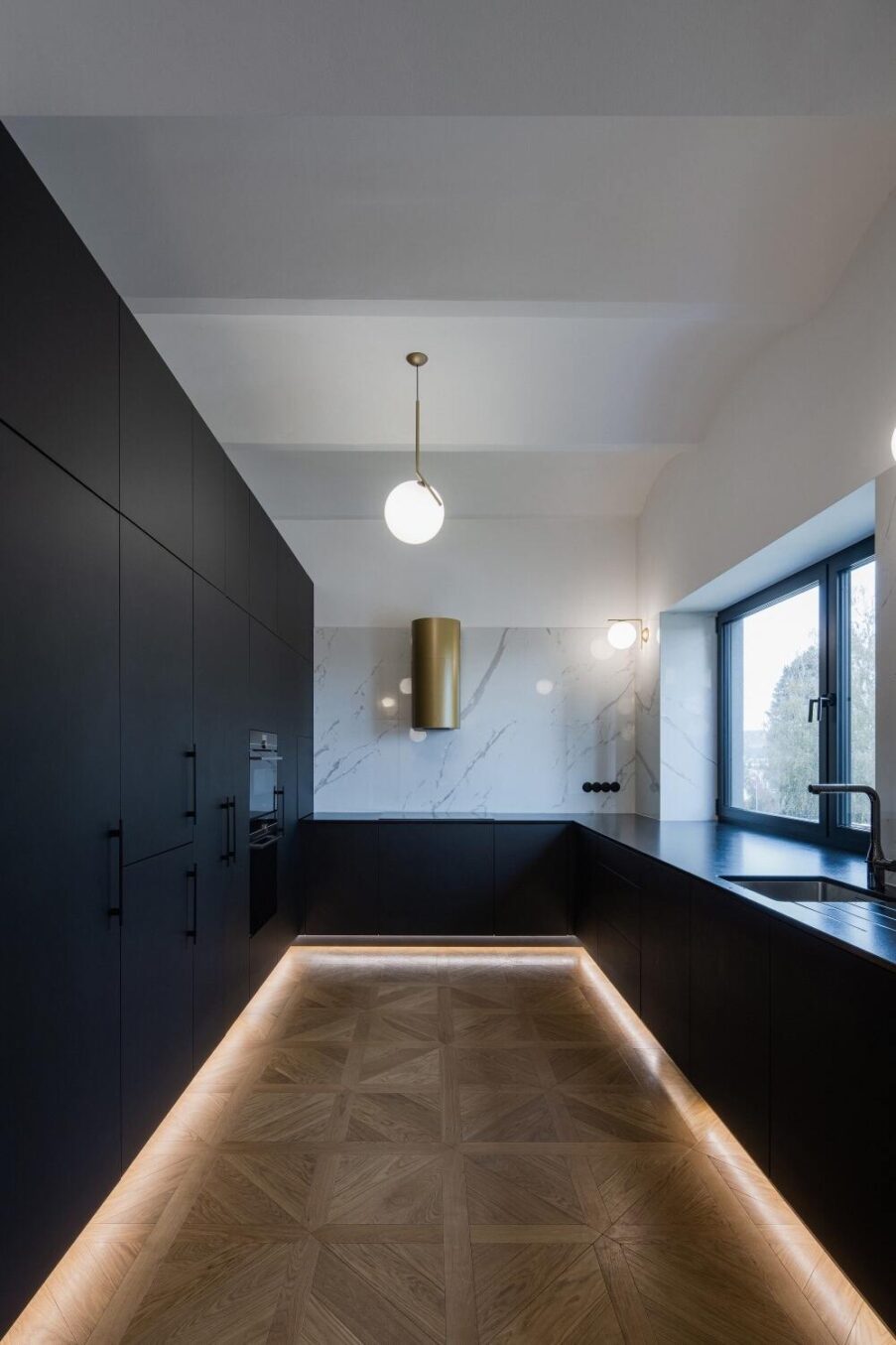 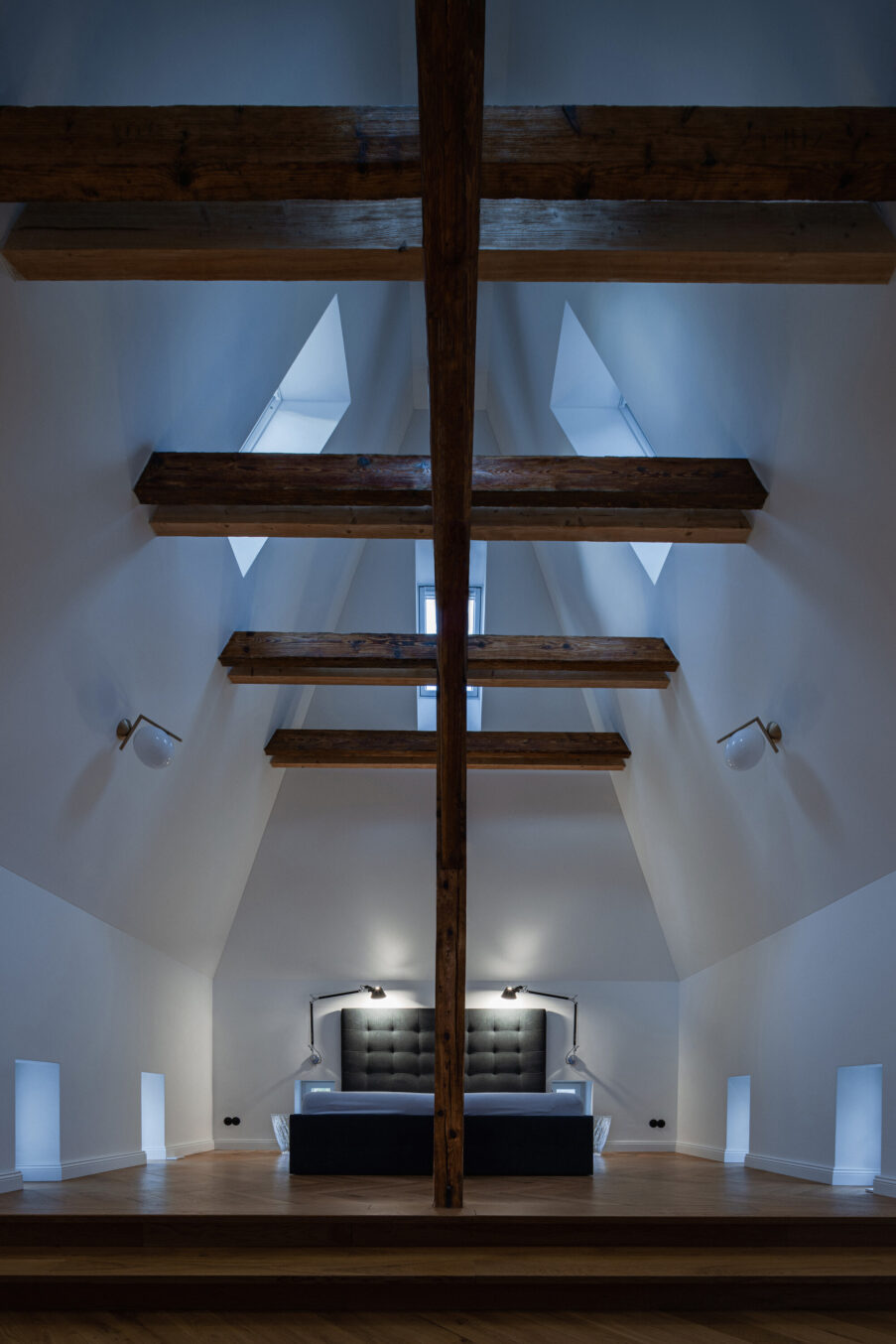