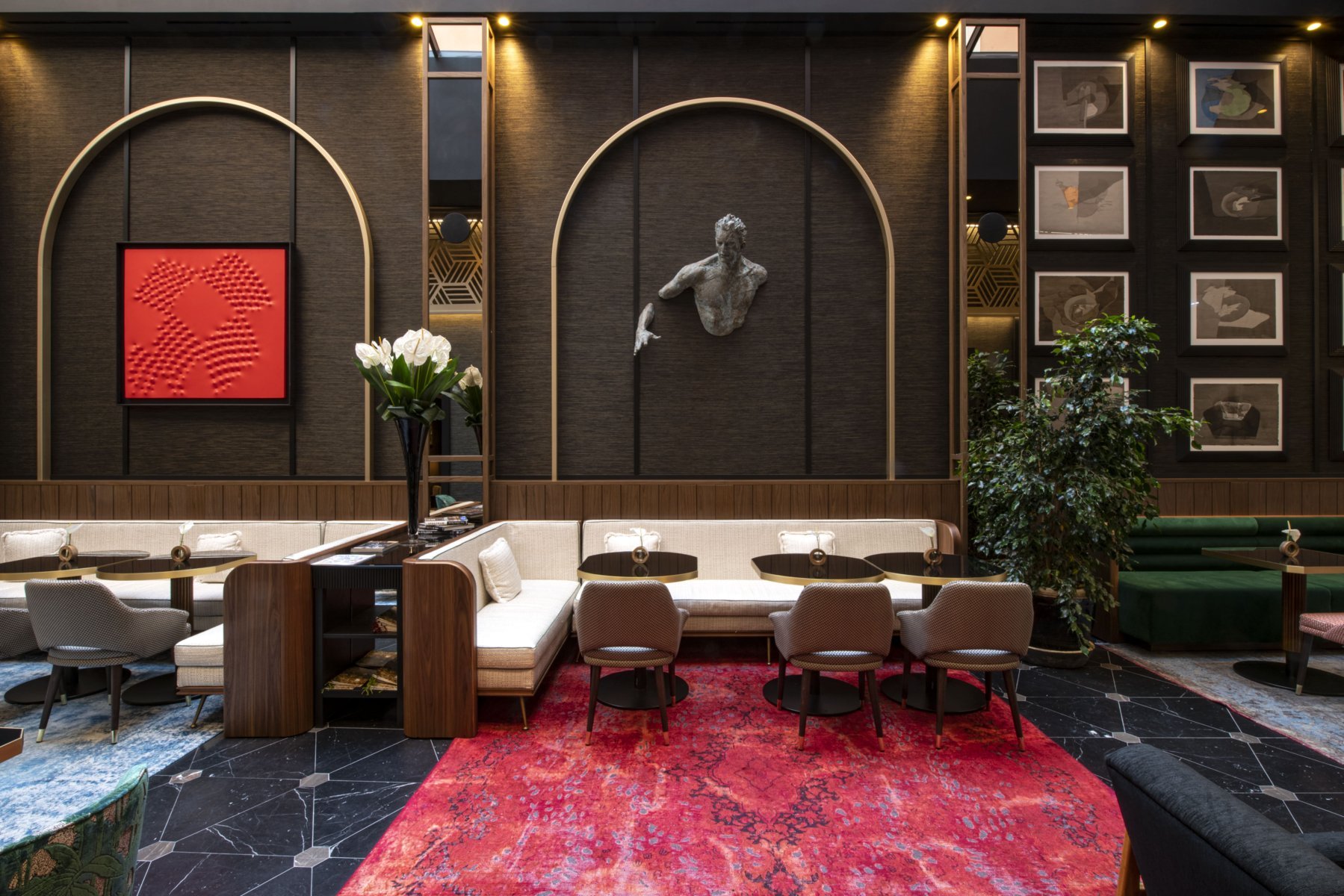 In Rome, in the central Rione Trevi district, UMILTA’ 36 Luxury Hotel offers its guests the warm atmosphere of the Roman salons where hospitality is an absolute value, made of elegance and lightness in refined and timeless environments revisited in a contemporary key, in a perfect balance played between decoration and minimalism.
UMILTA’ 36 is a 5-star luxury hotel designed for an international and cosmopolitan clientele and is part of the SHEDIR Collection chain, which manages other hotels in Rome and Capri.
The client chose the interior contractor from Valtellina, based in Postalesio Concreta, to carry out the furnishing of the 47 units distributed over four floors of rooms and suites and two floors of flats with large, all different sizes.

Work began in the summer of 2019 and today the hotel reopens to the public in a new guise, thanks to a major architectural, engineering and interior design intervention, which has maintained and enhanced all its historicity. The structure is located inside a historic building that had previously housed executive offices and commercial spaces, and reveals its elegant and majestic traits right from the entrance, where a beautiful wooden door opens into a high hallway with a barrel vault.
The direction of the works was entrusted to the CaberlonCaroppi studio, which planned the concept, designed the interiors and assisted with the structural work, proposing a return to the building’s original design, emphasising the heights and restoring the double floor height.

The major structural intervention also gave great prominence to the lobby and restored importance to the majestic marble staircase leading to the floors of the rooms and flats.
In particular, the hotel’s 29 rooms are distributed on the building’s noble, first and second floors, while the remaining two levels house 18 flats consisting of a living room with kitchenette, bathroom and bedroom.
The Superior and Prestige rooms range in size from 25 square metres to 35 square metres, while the suites vary from 35 square metres to 65 square metres. All equipped with every comfort, they have bathrooms lined with precious marble and large walk-in wardrobes, parquet or carpeted floors and ceilings emphasised by the skilful use of wood panelling. The suites and flats include a living room separate from the bedroom and have a cooking area, ideal for long stays.

Concreta’s intervention in the project for this hotel involved the complete furnishing of the rooms, suites and flats and all the common areas, with the supply of beds, boiseries, wardrobes, kitchens, bookcases and bathroom furniture (excluding curtains, lamps and flooring) using only quality materials and components, and favouring warm colours, in keeping with the project concept. As for all its realisations, Concreta has availed itself of the collaboration of competent and specialised workers, both in the production and in the assembly and installation phases.
For more information visit www.concretasrl.com and www.caberloncaroppi.com. 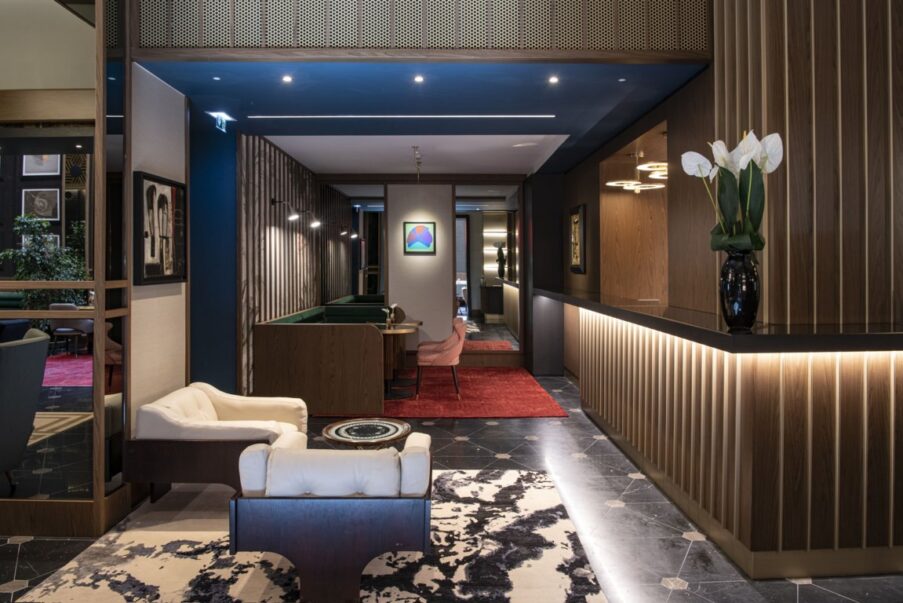 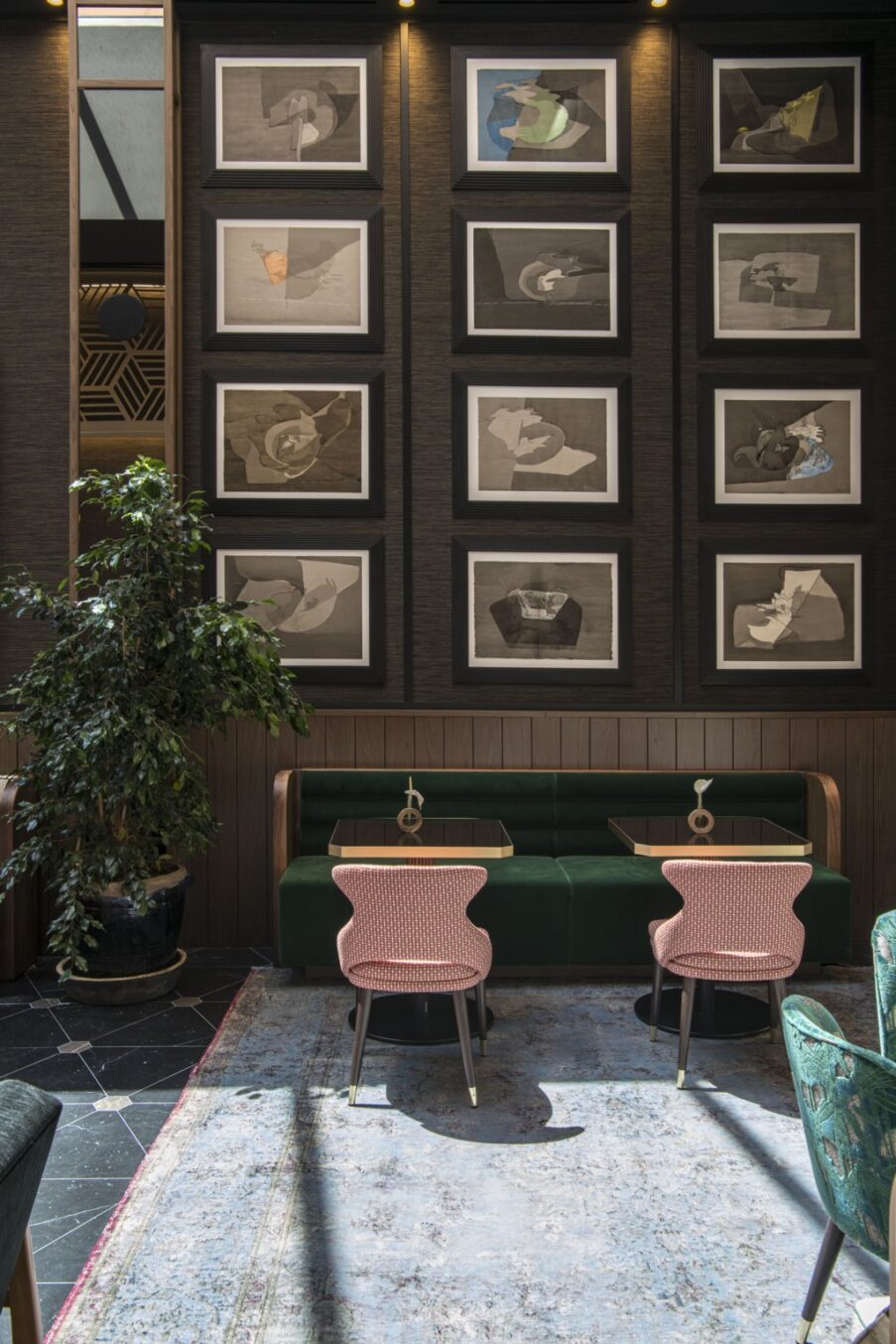 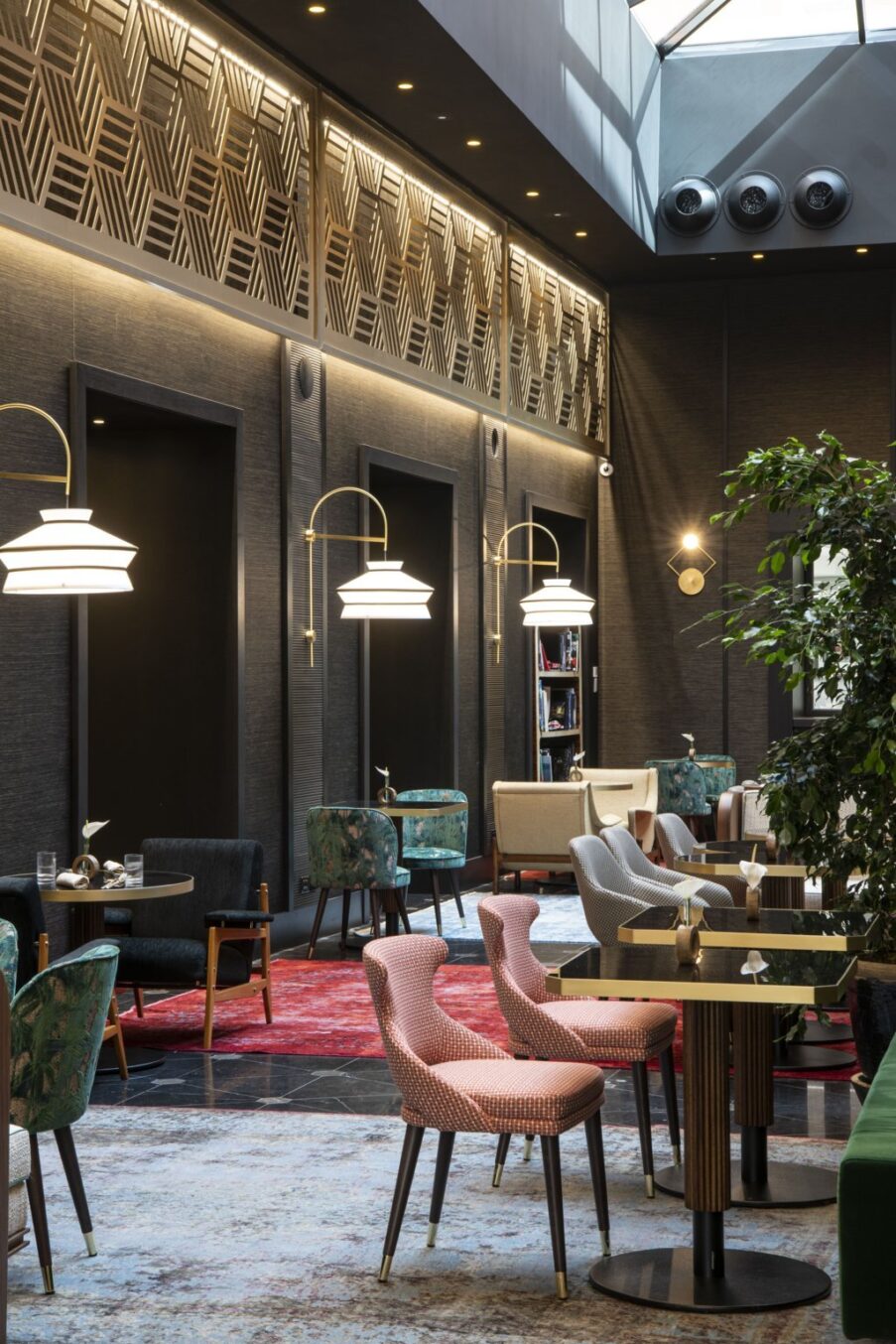 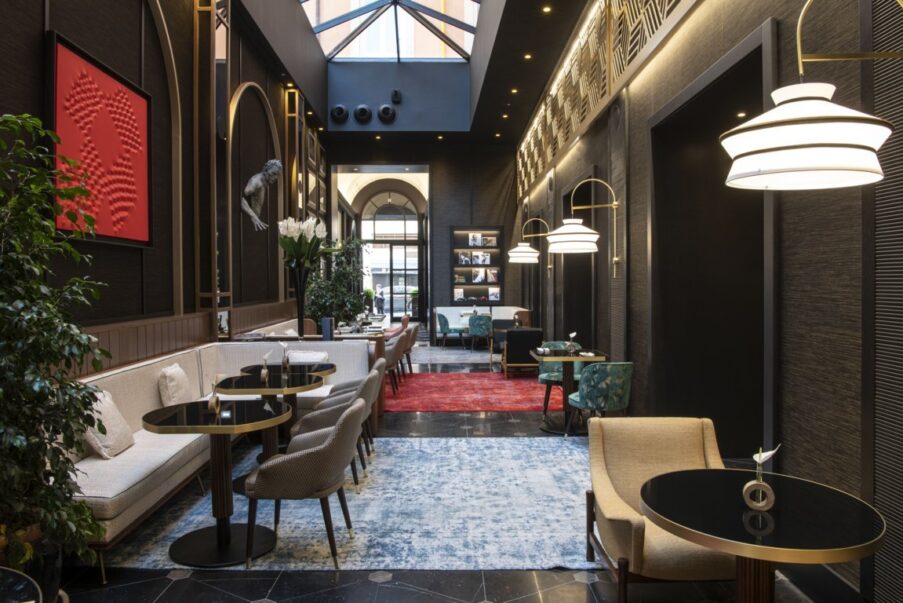 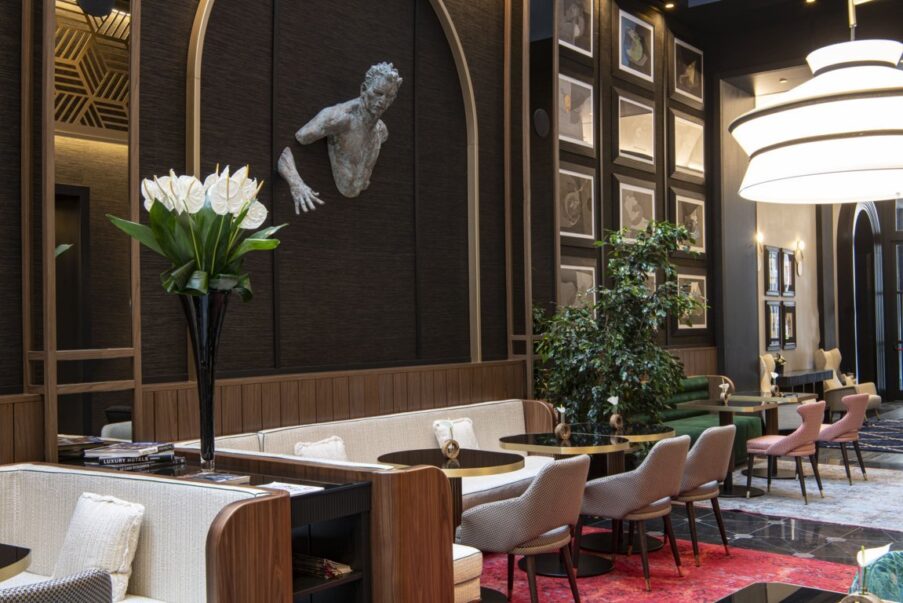 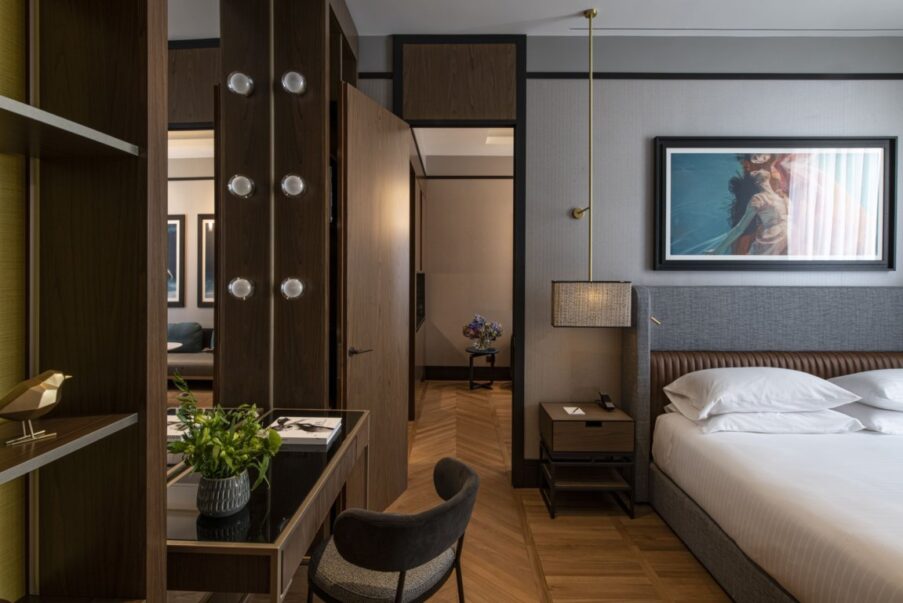 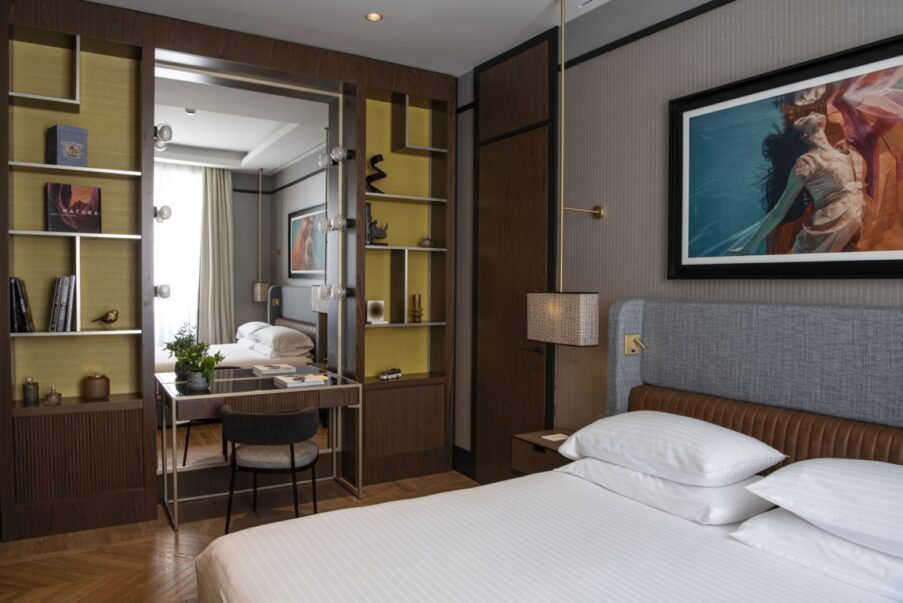 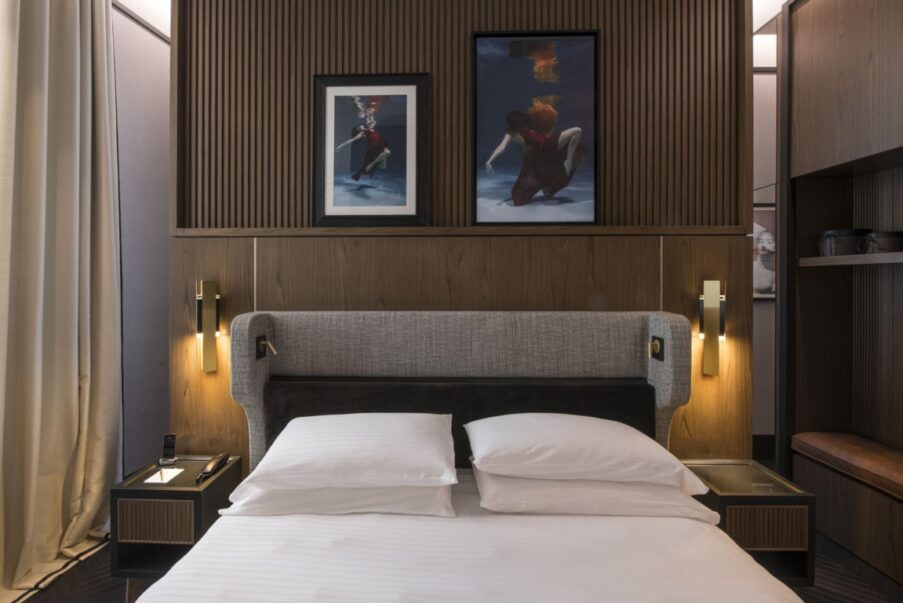 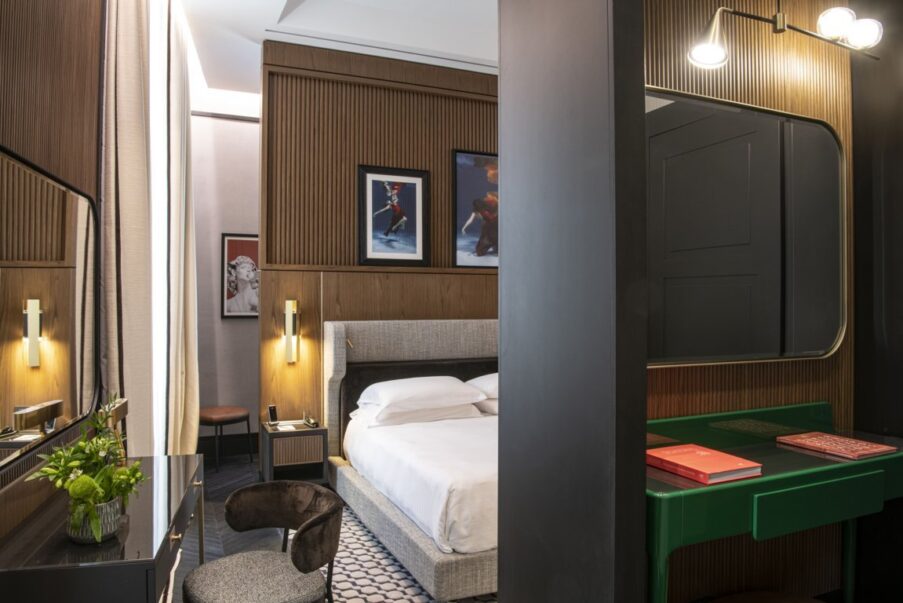 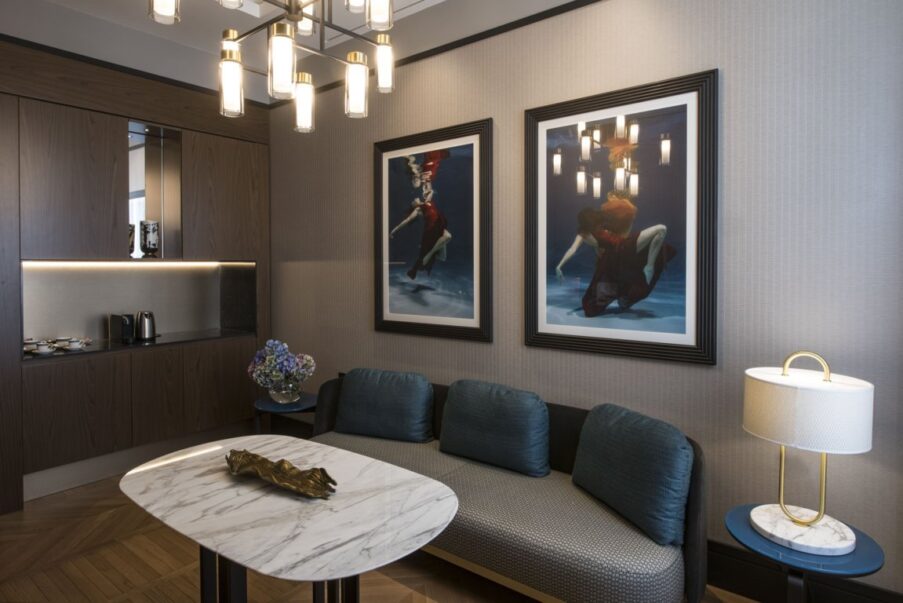 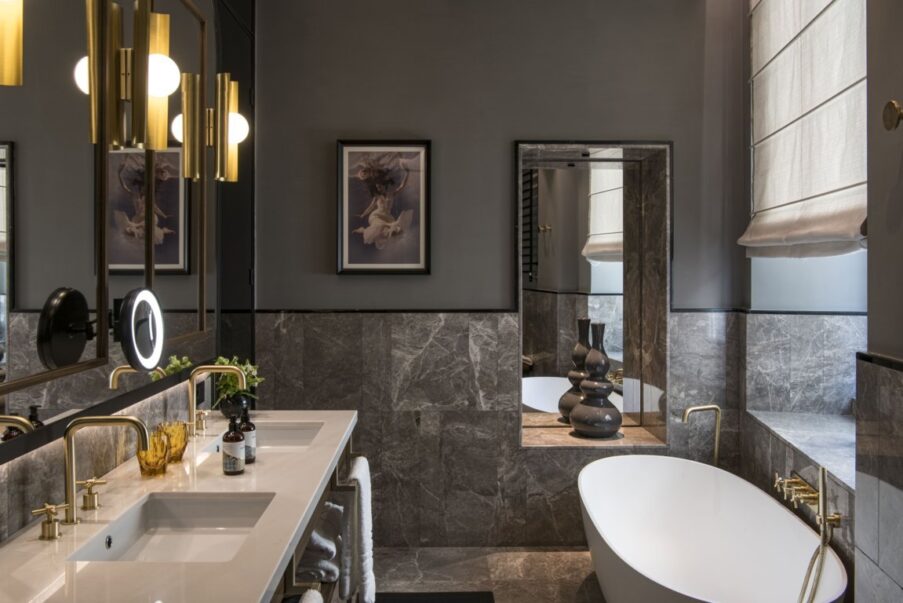