To provide the best possible service, we use cookies on this site. Continuing the navigation you consent to use them. Read more.
PROJECTS
·26 July 2021 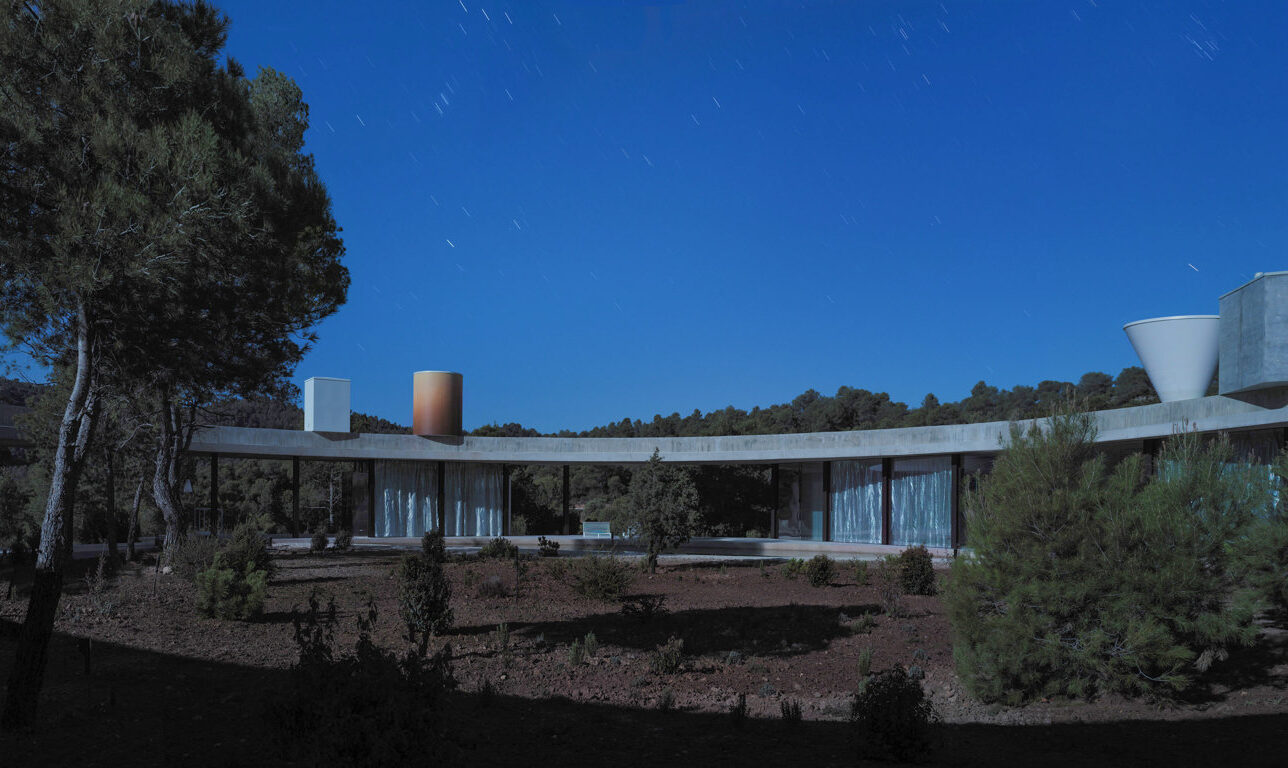 Solo Office is a country house in a large untouched forest, two hours south of Barcelona. The house will be placed on the edge of a plateau, overlooking the Mediterranean Sea. Since the surrounding landscape is so impressive, designers felt architecture should be invisible, merely emphasizing the natural qualities of the surroundings.

A simple circular roof with a diameter of 40 meters underlines the qualities of both the plateau and its edge. The roof functions as a shelter, and forms the perimeter of the inhabited surface. The roof is held by four straight rows of eight columns, which cut chords from the circular base shape.
Only these four areas are inhabited, with variable levels of protection. Large stretches of curtain facade slide on the outer edge of the circle, allowing the living areas to fully open, and providing a maximum relationship between the dweller and the surrounding nature.

Since the terrain is not connected to any services, the house will be completely self-dependent, and therefore energy-neutral.
For further information please visit www.officekgdvs.com. 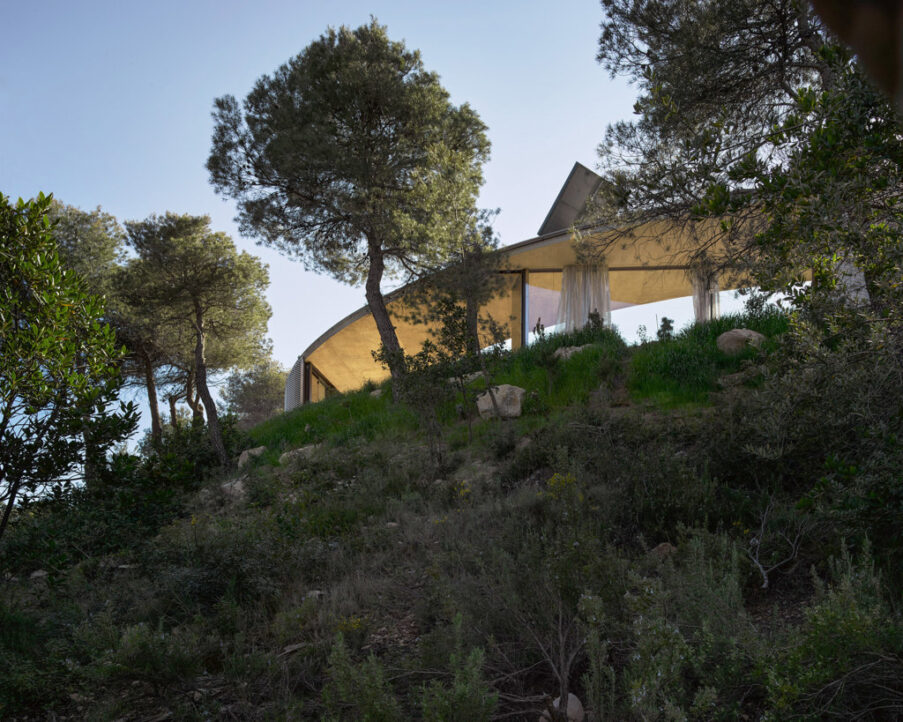 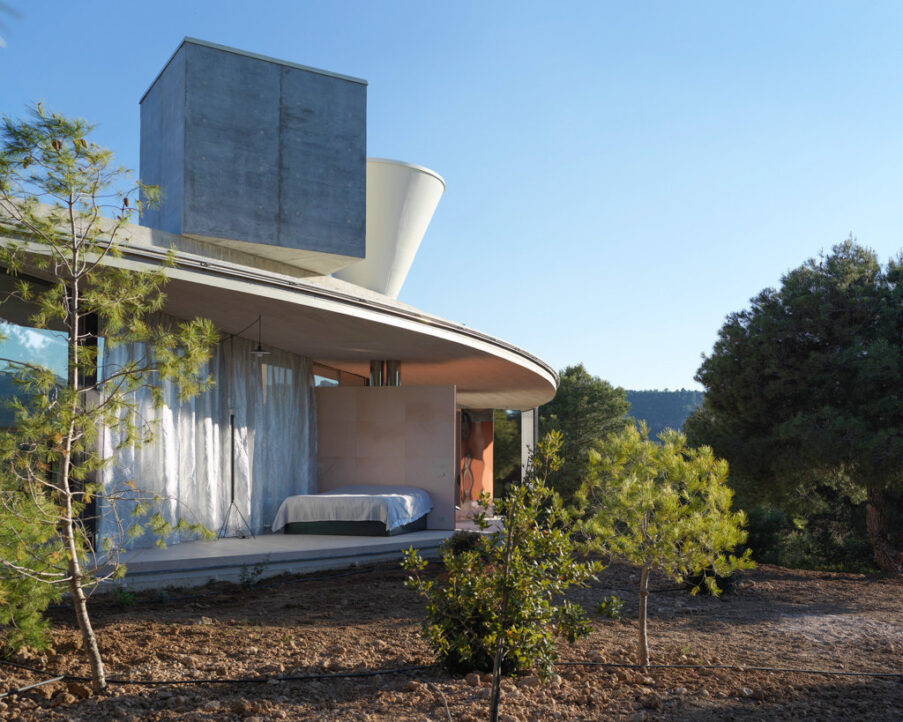 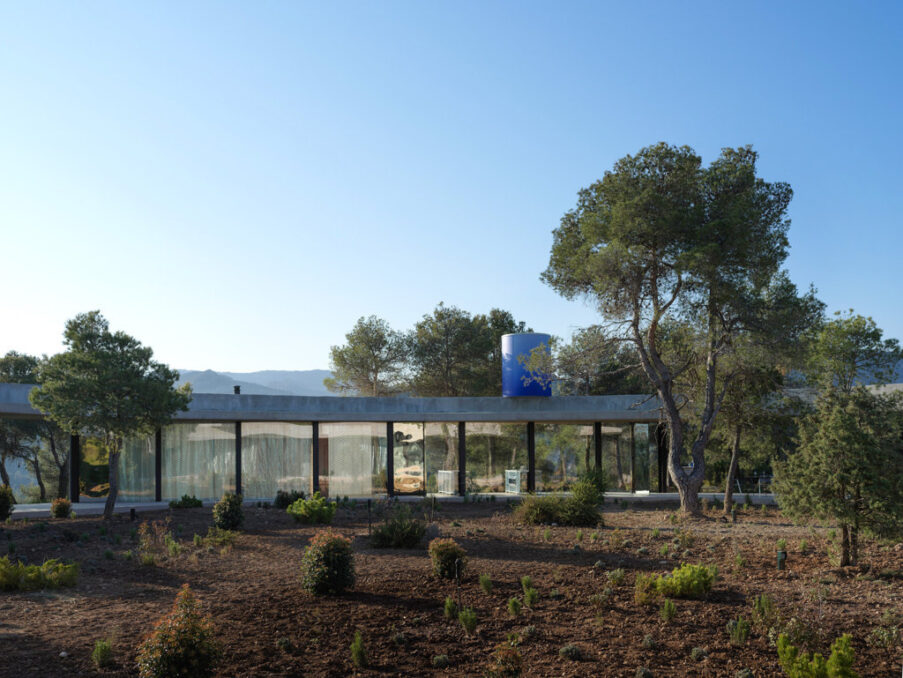 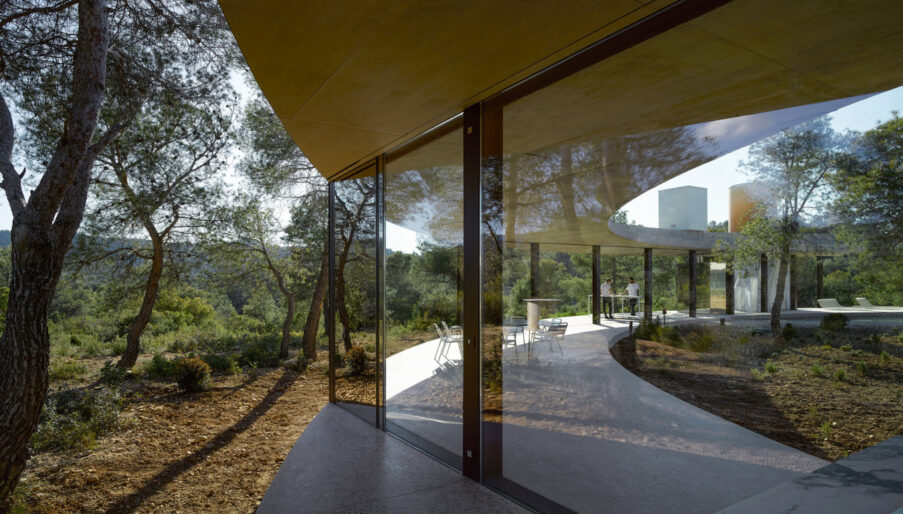 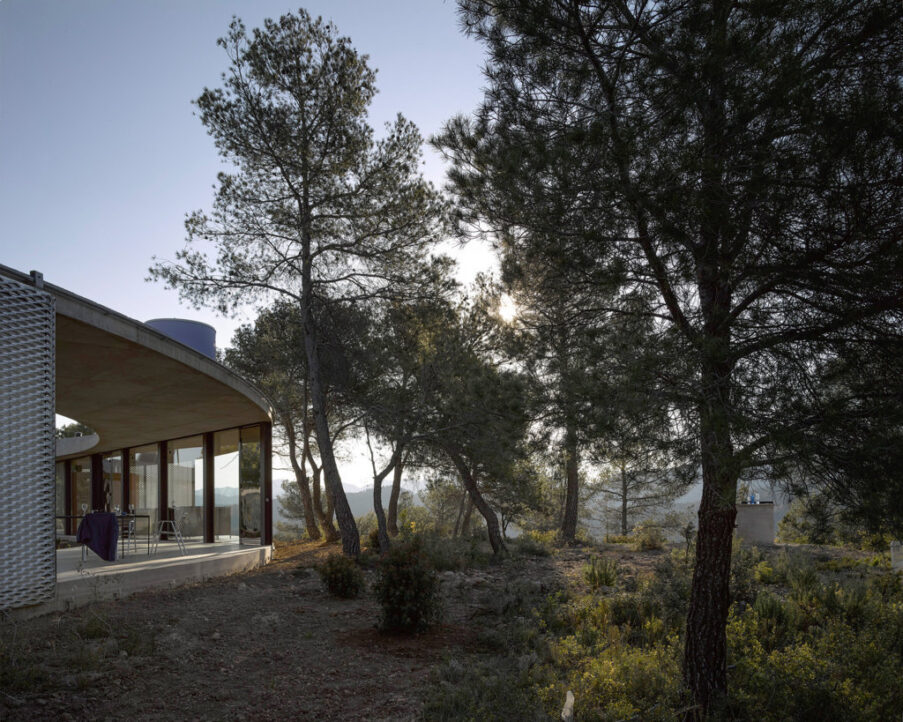 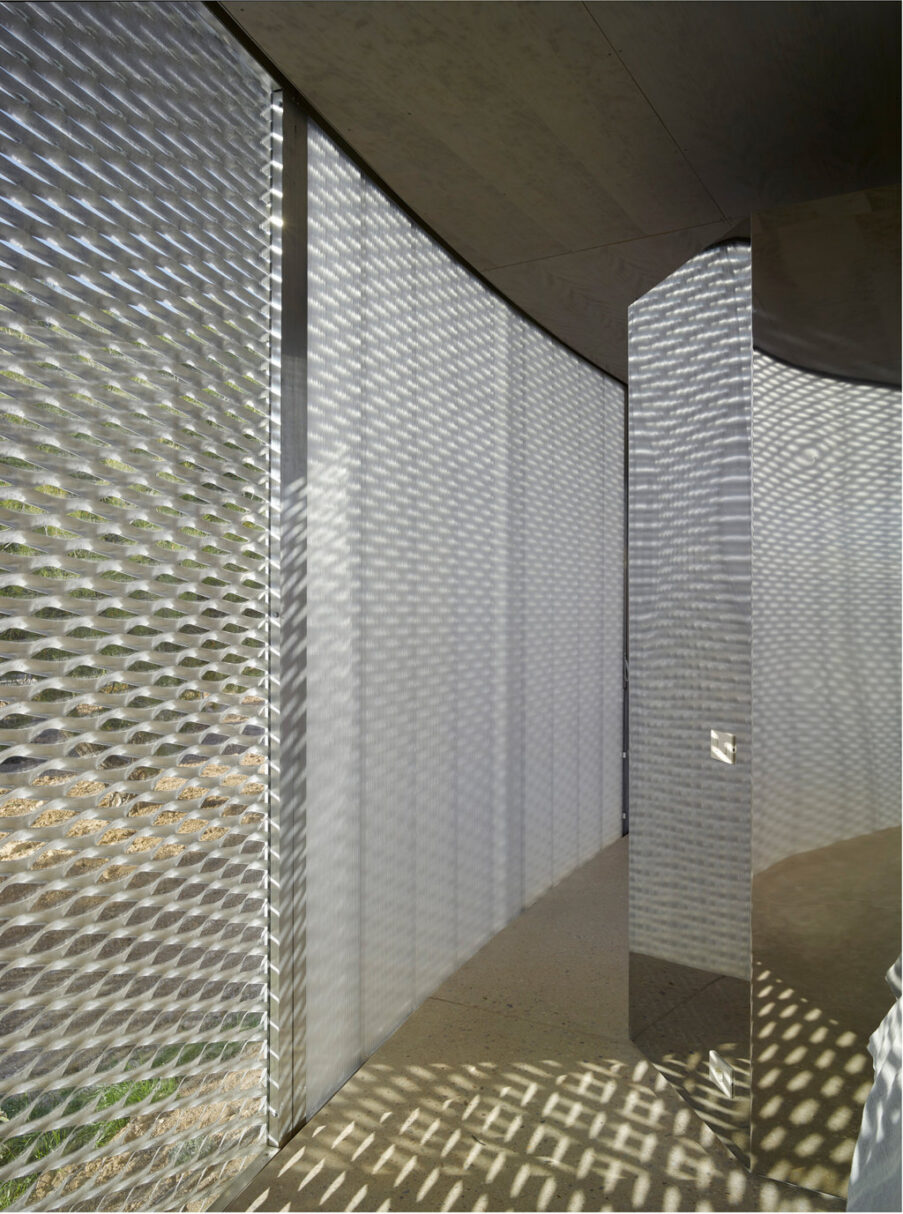