To provide the best possible service, we use cookies on this site. Continuing the navigation you consent to use them. Read more.
PROJECTS
·27 November 2020 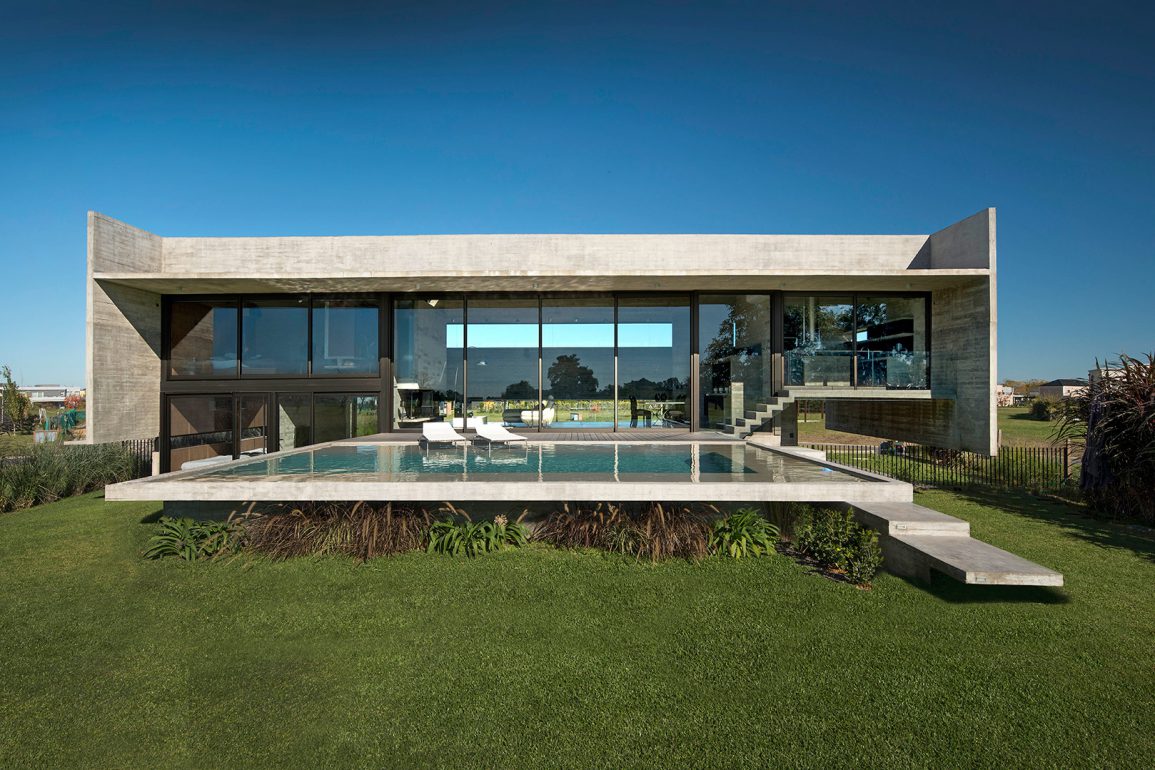 A district lying around a golf court in Haras Santa Maria de Escobar, 54 km from the centre of Buenos Aires, is the setting where the “Escobar House” residence was built.

The request was made by a young couple who were looking for a house that would become their permanent home.
The initial brief included the presence of a “social” area built on one floor above the ground, so that a wider view of the whole area could be obtained. The young people then expressed the desire to have, in addition to the main room, two additional secondary rooms, and finally a semi-open dining room directly connected to the swimming pool.
It was from these guidelines that the project for Casa Escobar was developed by architect Luciano Kruk.

The answer was the proposal to build a structure whose main elements were cement and glass.
The aim was to produce an architectural synthesis between the uniqueness of the plan and the morphology of the surrounding area.

The starting point was the entrance from which the social area develops to the rest of the rooms. A layout that ensured that the spaces were connected in an organic way while maintaining their privacy.
The front part of the house remains mainly closed and is crossed by the corridor, while the rear part openly faces the outside.
The structure is supported by two parallel beams, which have been positioned further back than the outer shell. These supporting elements allow the arrangement of the service corridor connected to the social area and the semi-open roof at the rear.
The project wanted to create a horizontally developed rectangular frame that projects itself towards the vegetation of the surrounding golf courses, around which a row of trees has been positioned in order to maintain privacy
Finally, the rectangular swimming pool element incorporated into the terrace was added. Configured with 3 cantilevered sides and a pane of glass underneath to hide the depth, the opening is emphasized, giving the feeling of floating in the sky.

The result is a house built with a compact structure built on different heights, so that light can reach each room giving each one a different spatial characteristic.
The simple and modern lines, the spaces open to the outside, have made it possible to create a welcoming home, promoting a dialogue between the artificial environment and the nature of the territory. 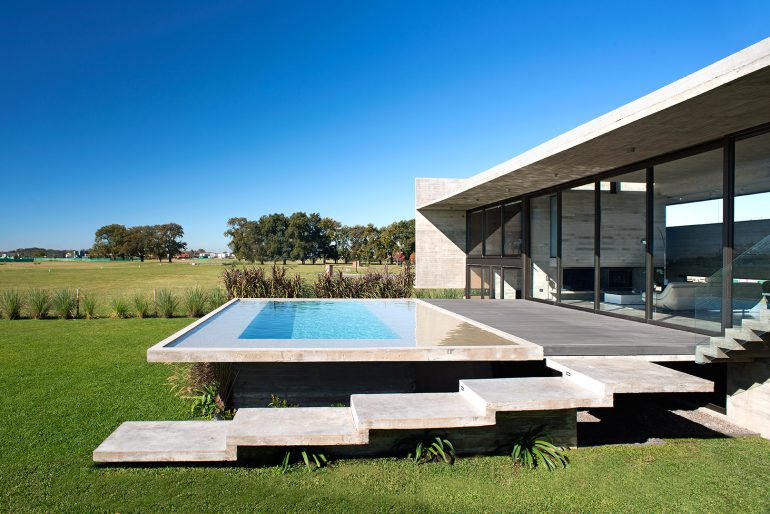 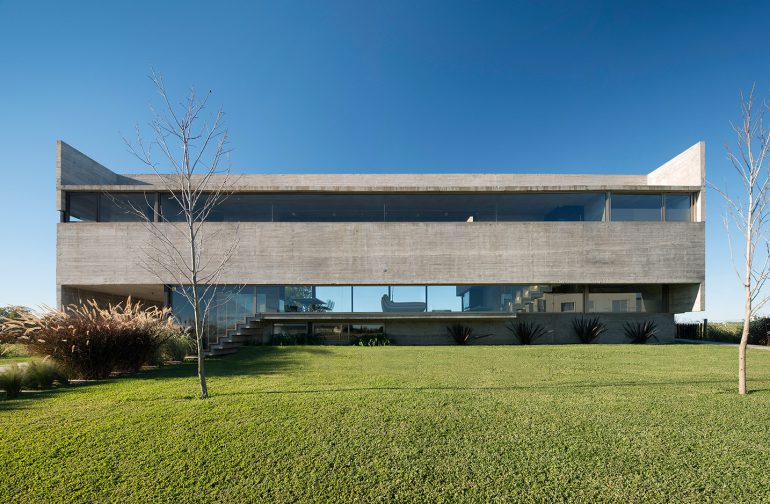 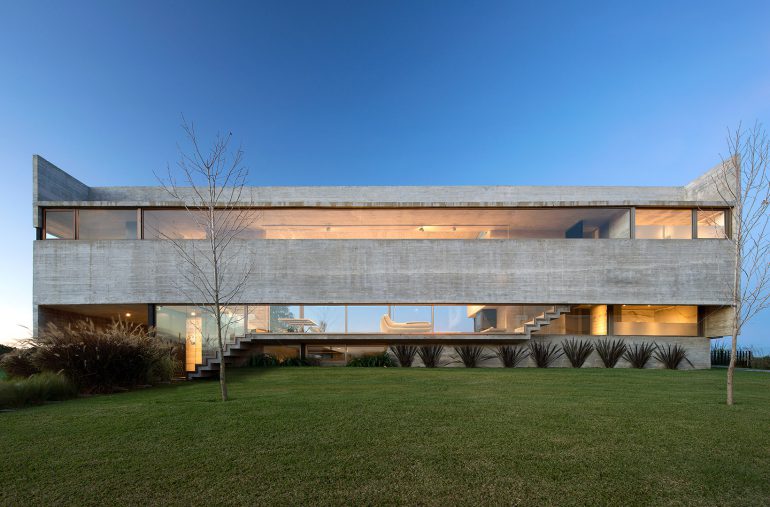 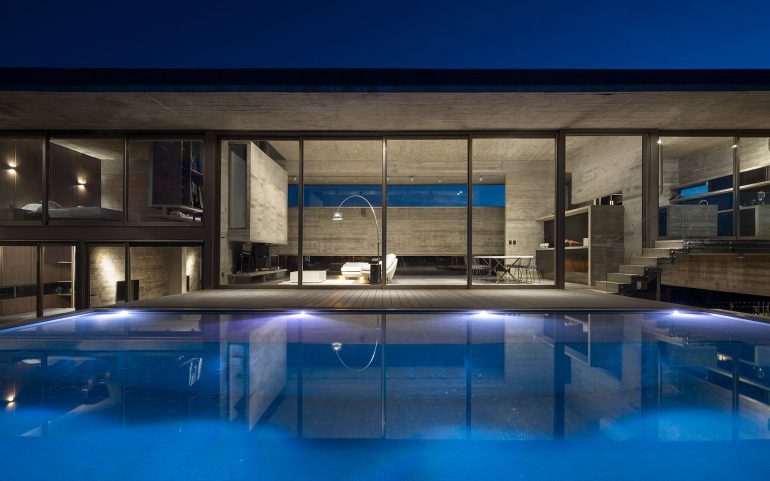 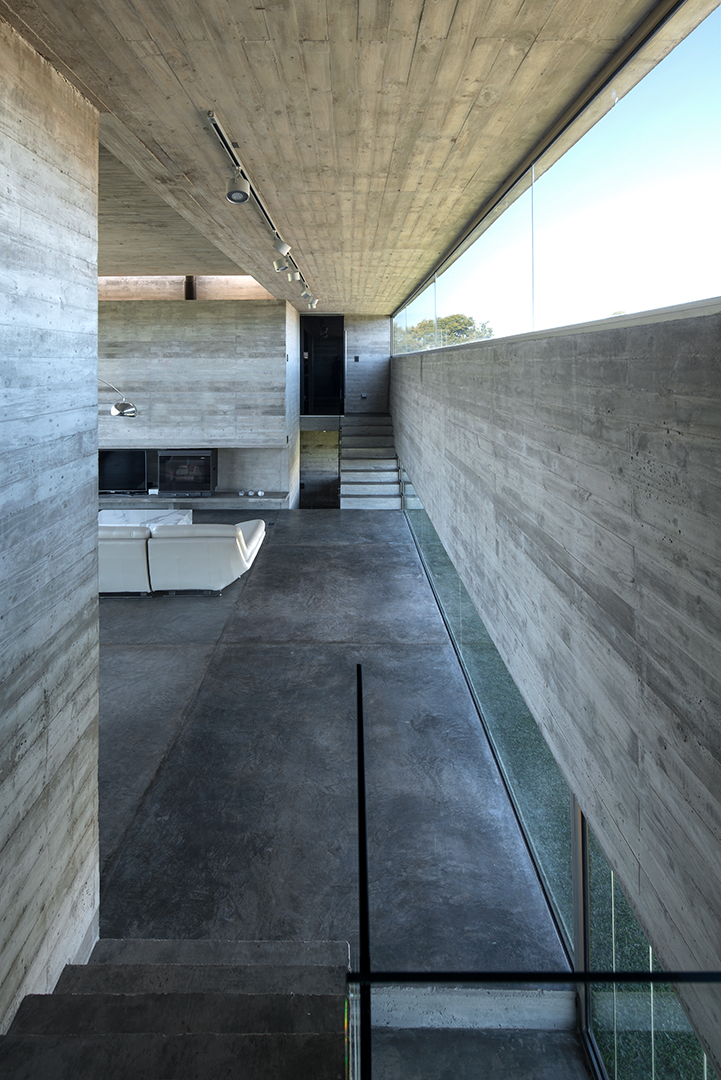 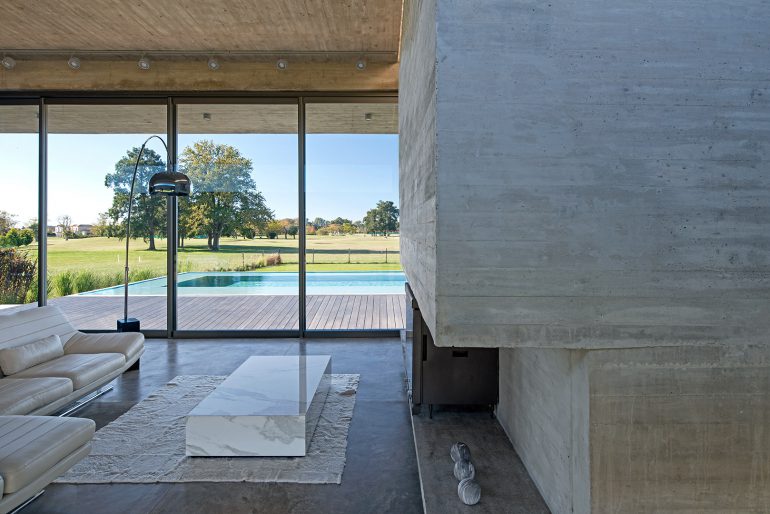 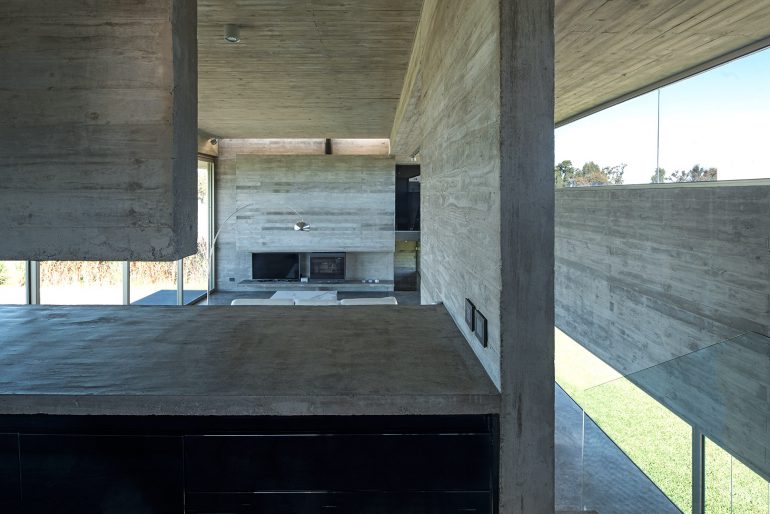