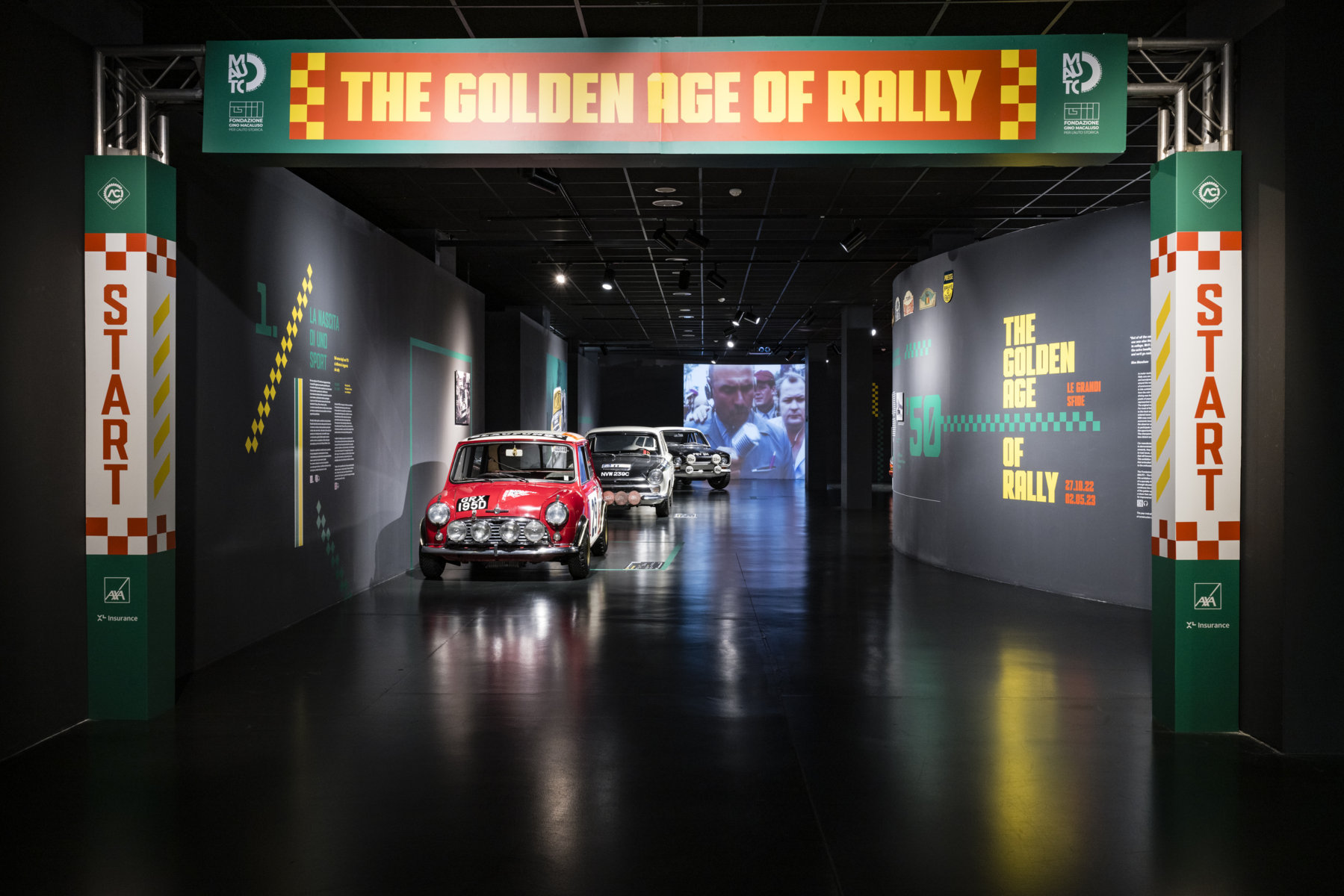 The Golden Age Of Rally

The National Automobile Museum in Turin hosts The Golden Age Of Rally, a journey through the golden age of this sporting discipline. An exhibition unprecedented on the international scene, which brings the collection of the Gino Macaluso Foundation for Historic Cars on display for the first time – until 2nd May 2023.

MAUTO President, Benedetto Camerana, explains: “The Golden Age of Rally exhibition is a rigorous, complete and spectacular celebration of the history of rallying that confirms Mauto’s commitment and vocation in the world of motorsport. This unprecedented exhibition is also a valorisation and a tribute to the expertise of the Turin and Piedmont area which, in a particularly significant historical period, was able to express cars and talents capable of reaching the top of the international rankings.  Local manufacturers and teams, such as Fiat and Lancia, Abarth and Martini, but also designers such as Gandini, Giugiaro and Pininfarina are the creators of the symbols of a motoring epic, which we now have the pleasure of showing to the public“.

The exhibition layout, by architect Giulia Mondino, saw an overall restyling of part of the Museum’s ground floor, born out of the need to modernise the spaces used for temporary exhibitions from a spatial and lighting point of view, in order to make them optimal for hosting future exhibition events.
A series of rooms were therefore created, traversed by an unambiguous and intuitive pathway, in order to accompany visitors through a single exhibition (as in the case of The Golden Age of Rally), but at the same time easily divisible if necessary, in order to allow several exhibitions to coexist at the same time.

The numerous pillars present made it difficult to create a linear exhibition route, which is why all the elements of the previous layout (rotating platforms, separating glass, counter walls, etc.) were first removed, and then a system of walls was created to incorporate as many pillars as possible through a design of sinuous curves.
The end result is a succession of diversified exhibition spaces, thanks to the alternation of straight and curved walls, the latter being particularly effective for creating more multimedia and immersive areas.
In addition to creating numerous interstitial spaces that can be used as storage, the new walls also multiply the exhibition surfaces, creating a wide range of fundamental backdrops for graphics or projections.
For more information visit www.museoauto.com/the-golden-age-of-rally. 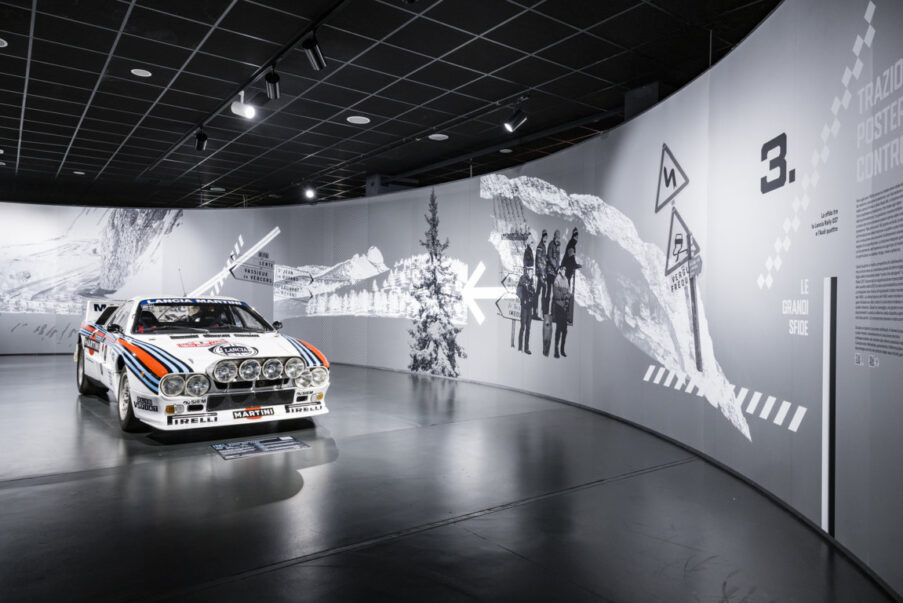 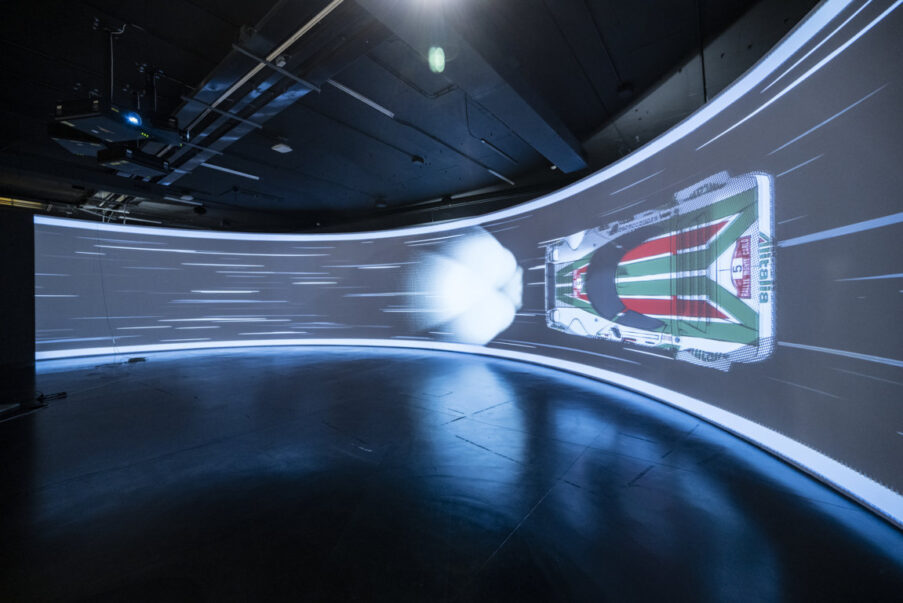 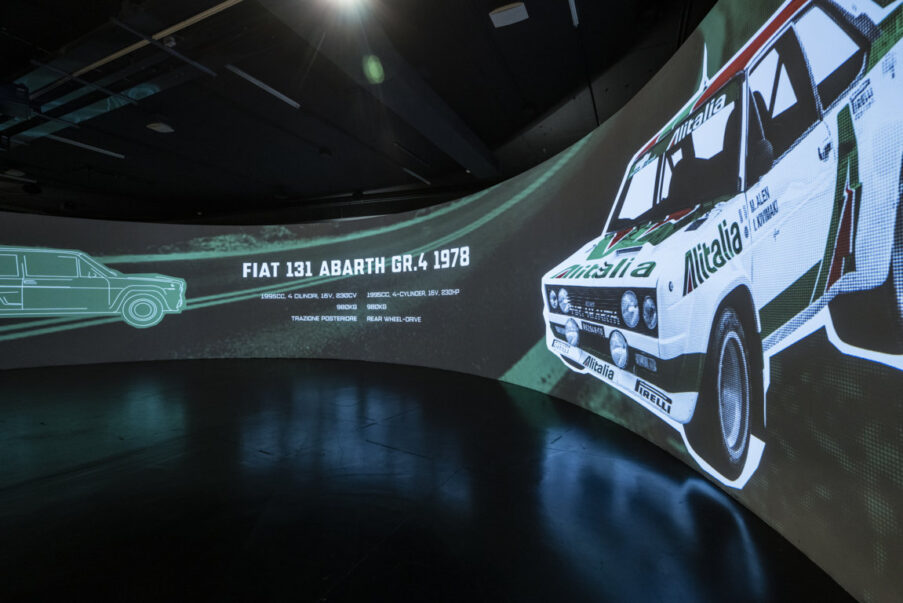 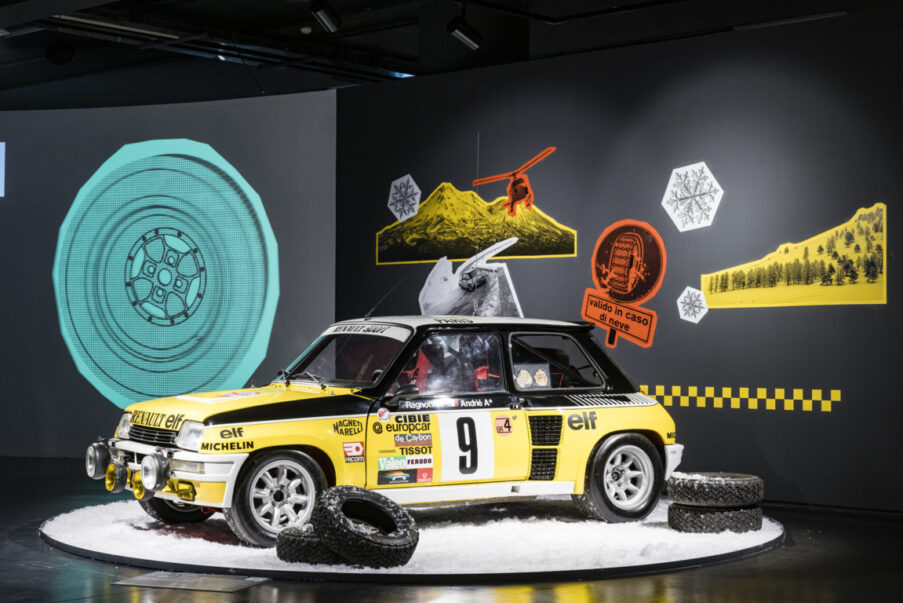 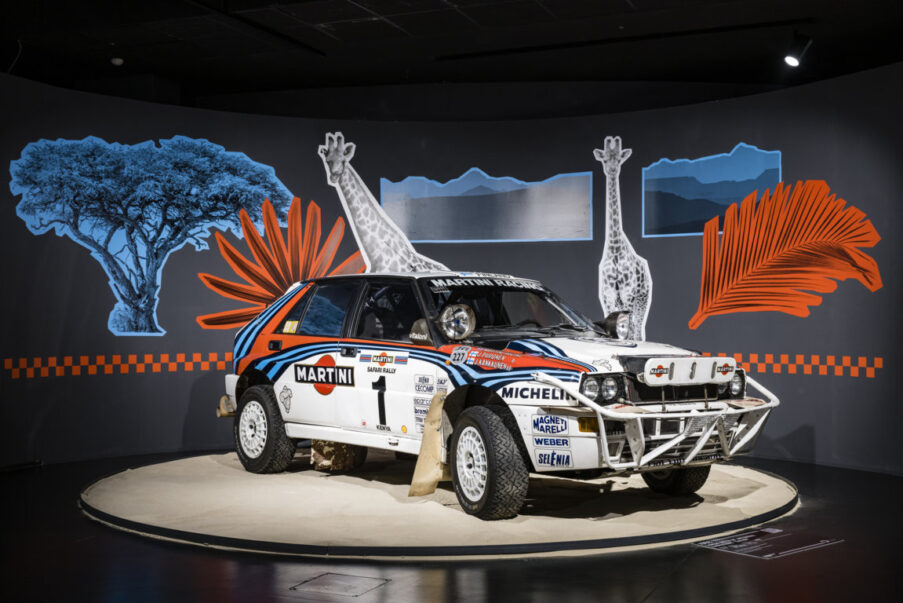 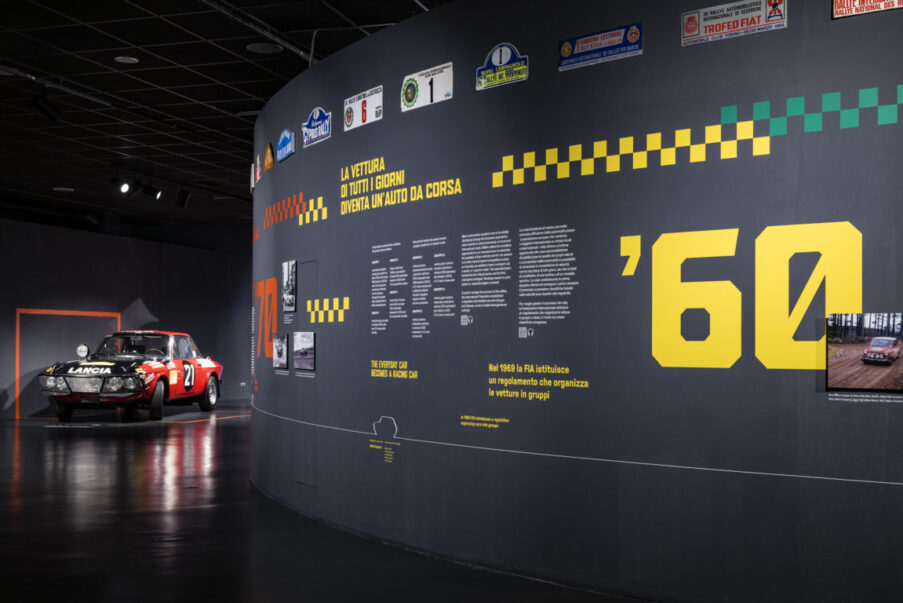 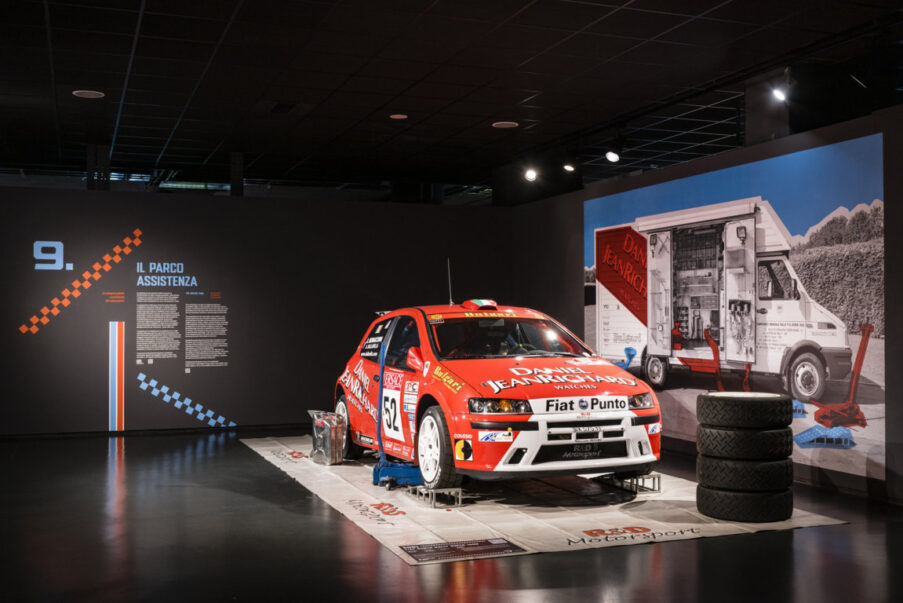 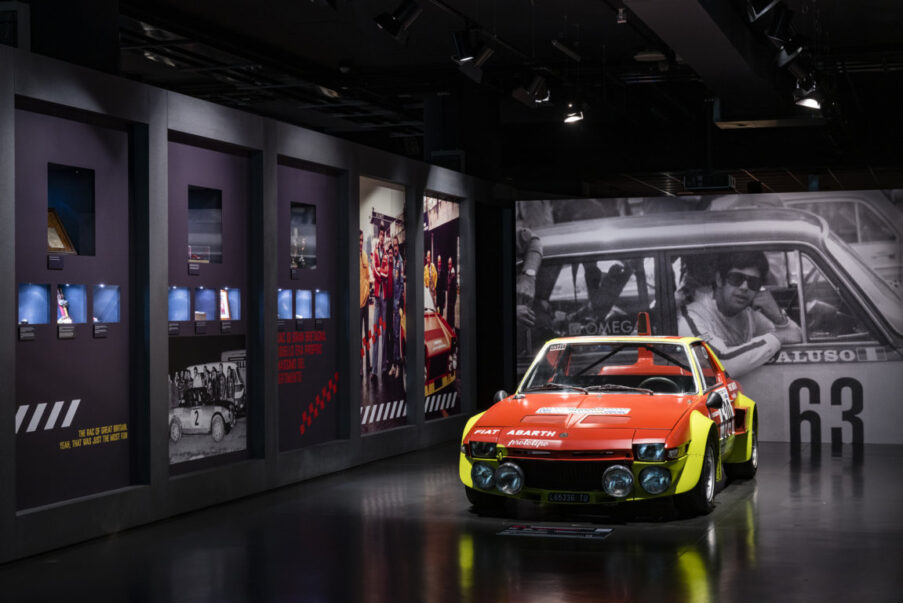 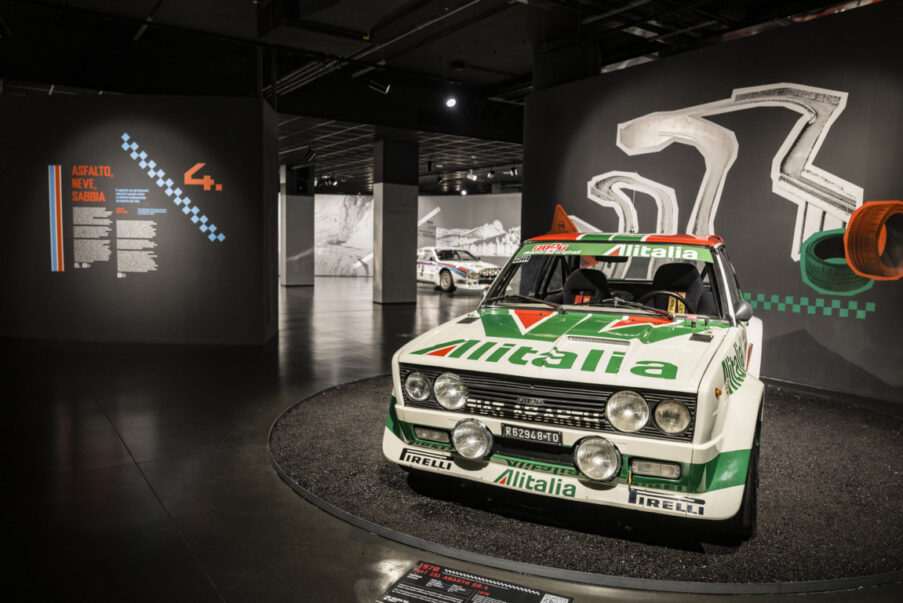 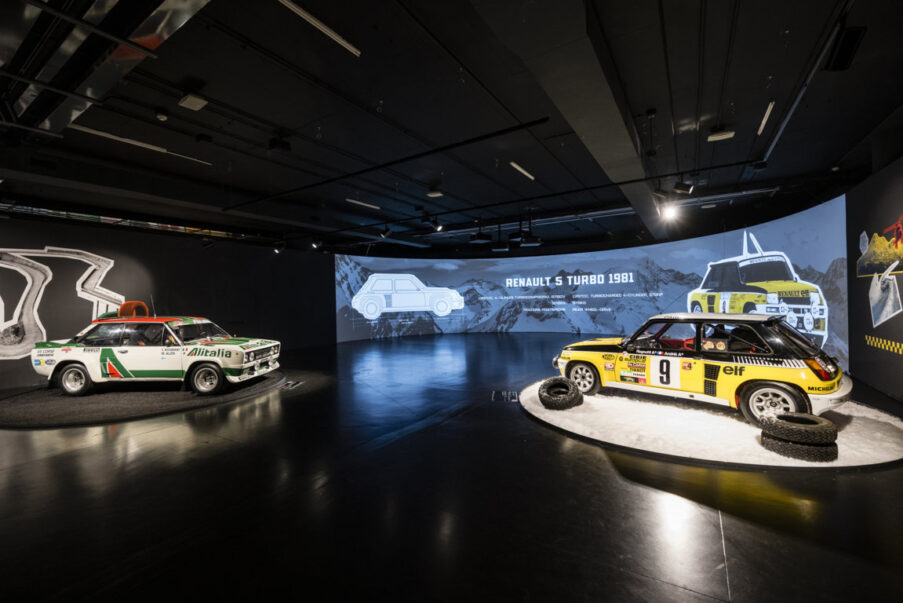