To provide the best possible service, we use cookies on this site. Continuing the navigation you consent to use them. Read more.
PROJECTS
·26 October 2020 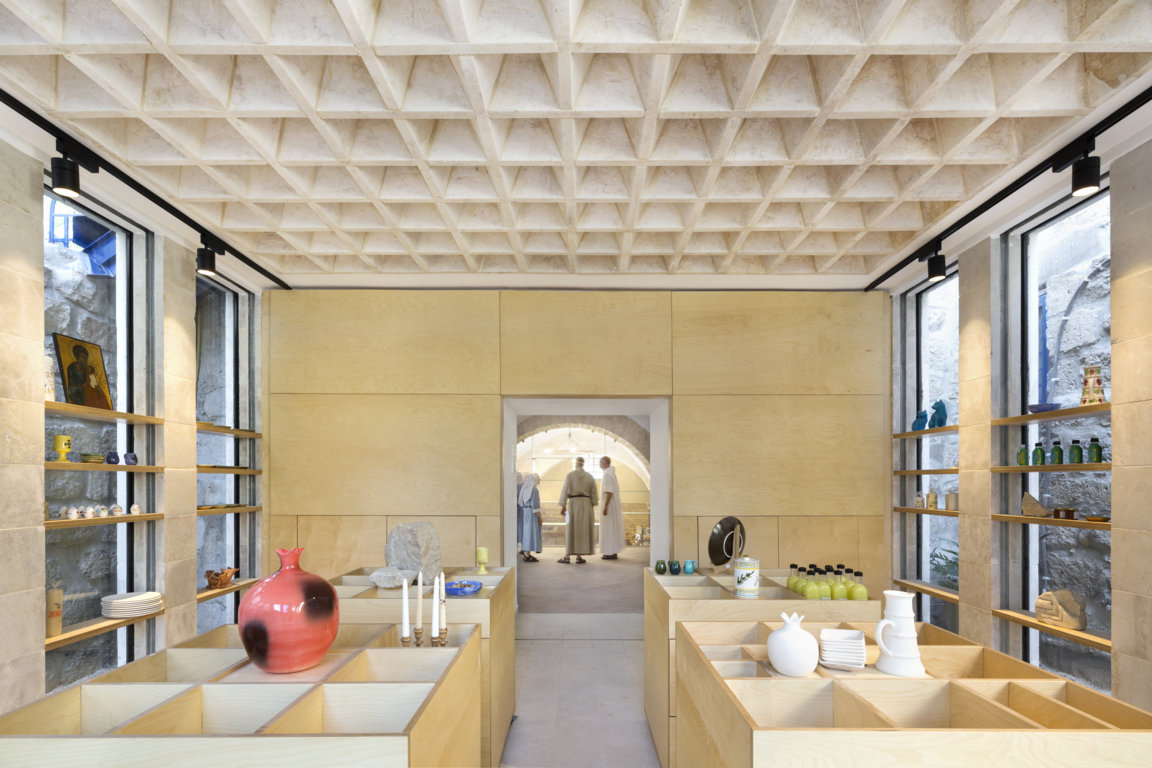 Bethelhem based Studio AAU Anastas, designed the flat stone vault of the new shop of St Mary of the Resurrection Abbey in Jerusalem. The system is inspired by the invention of French Engineer Joseph Abeille (1673-1756), who patented in 1699 a special system that allowed the building of flat vaults.
The St Mary of the Resurrection Abbey is one of Jerusalem’s most valuable witness of crusaders’ architecture. The site is one of the five French domains in Jerusalem including the Tombs of the Kings, the Pater Noster, Sainte Anne, and the French General consulate.

The church was built in the 12th century by the Crusaders. Its architecture offers a complete example of what was the architecture of the Crusaders in Palestine; a combination of different architectural elements that they brought from abroad and local elements that they found in situ.
The newly built flat stone vault is an extension of the monastery’s shop. Architecturally, it consists of a juxtaposed volume addition. However, the strategy of integration in the site does not rely on the formal aspect of the architectural element but rather on the construction techniques: the new shop is thought as a stone structure. Just like most of the architecture of the monastery – including the church’s crypt – the soundness of the structure relies on a delicate work of stereotomy.

The columns of the new shop are made out of massive stone, and the ceiling is a flat stone vault composed of 169 interlocking voussoirs. The system is inspired by the invention of French engineer Joseph Abeille (1673-1756), who patented in 1699 a special system that allowed the building of flat vaults.
The design for the new shop is based on an innovative construction principle, literally weaving stones together to achieve the first reinforced flat stone vault of such a scale.
The techniques used for the construction rely on novel design and simulation techniques of the structure’s structural behavior, as well as on fabrication and mounting methods allowing for the assembly of precise topological interlocking.

The extension of the monastery’s shop – in such a heavy historical context – is above all an attempt to adapt existing construction principles to novel design and fabrication methods as well as a specific local stonemasonry know-how.
The flat stone vault echoes stone construction techniques, inherent to the monastery’s architectural history and to the crusader’s architecture in Palestine, in a contemporary way.
For further information, please visit www.aauanastas.com. 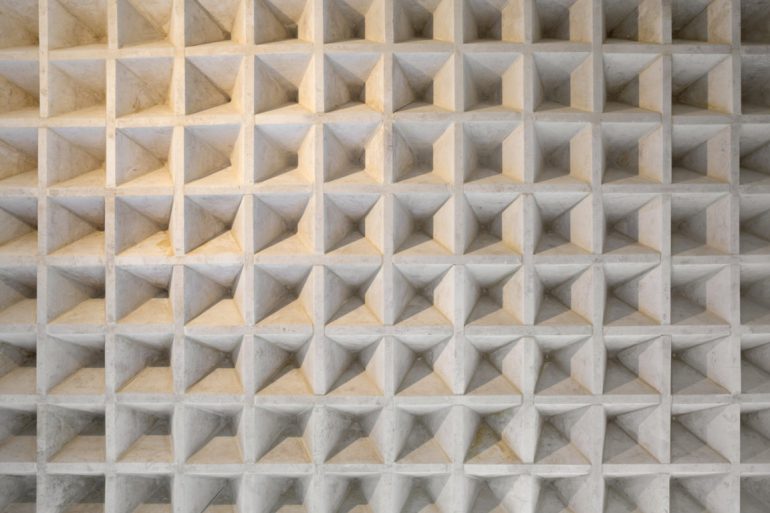 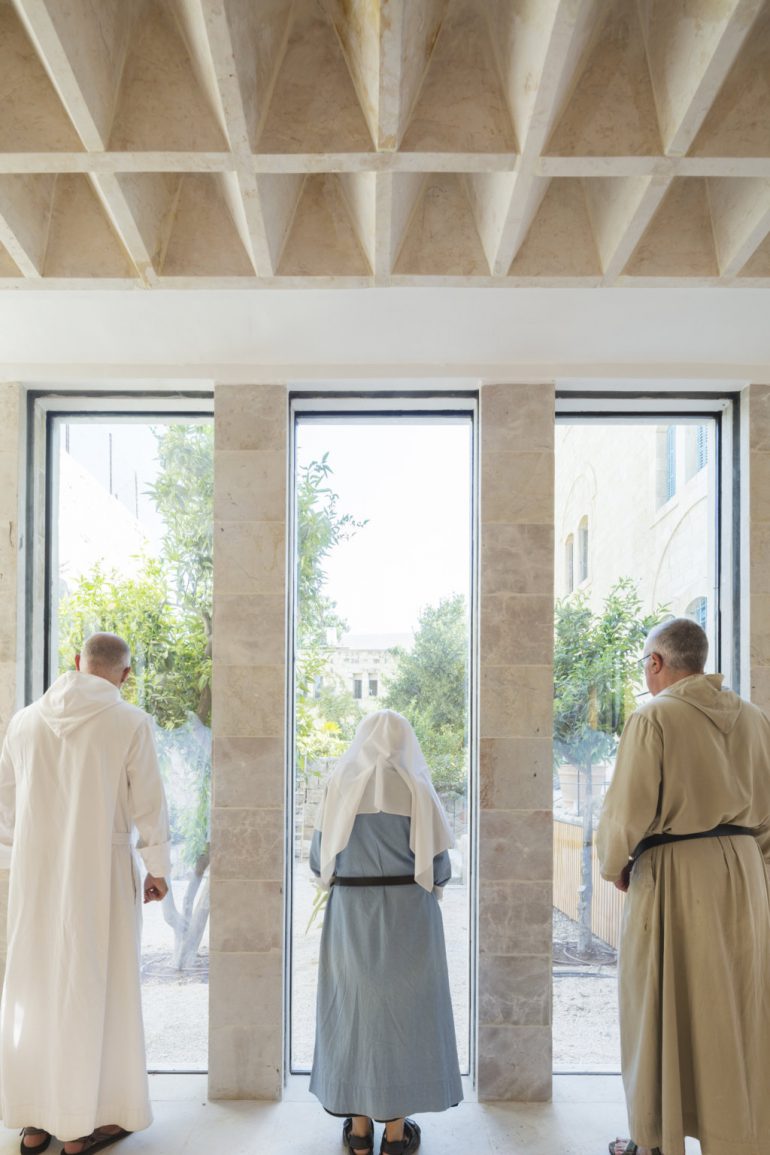 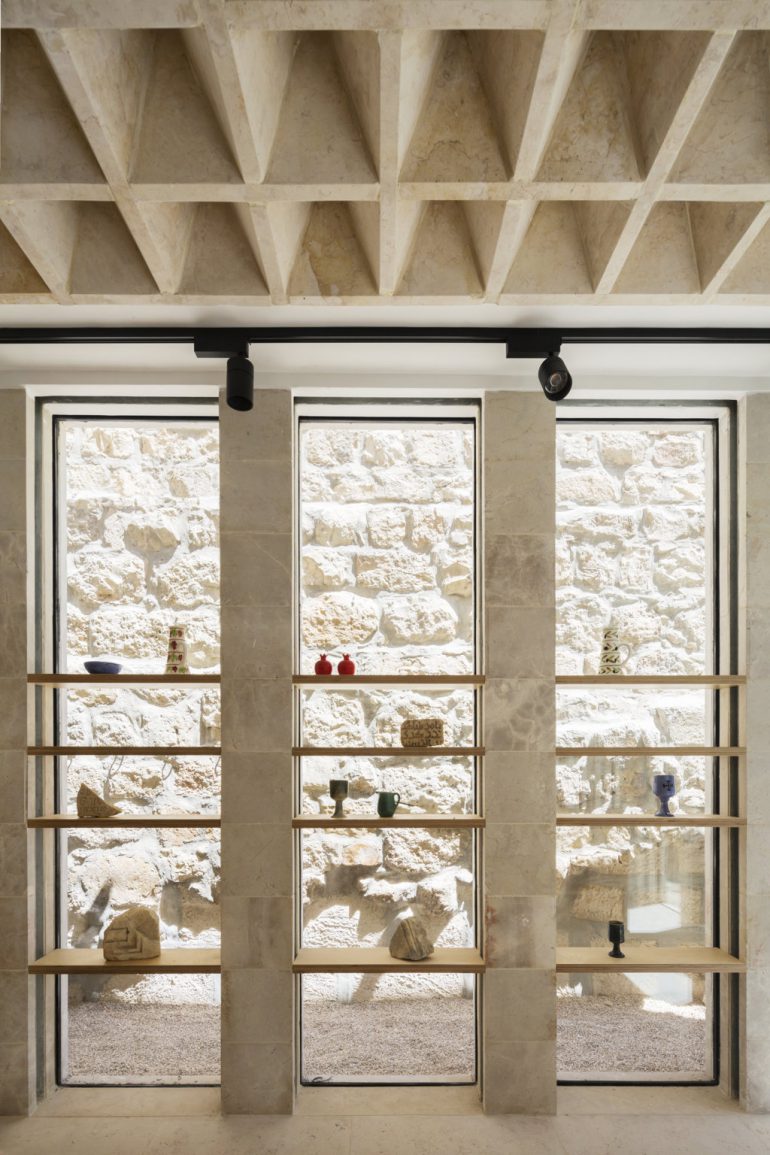 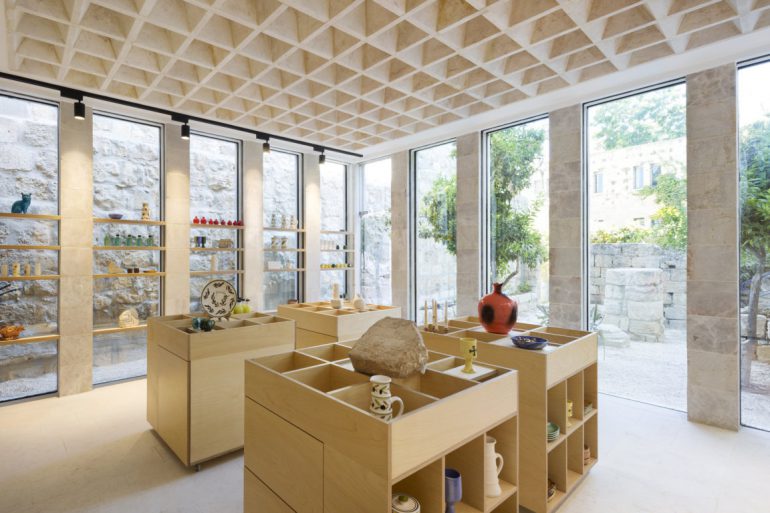 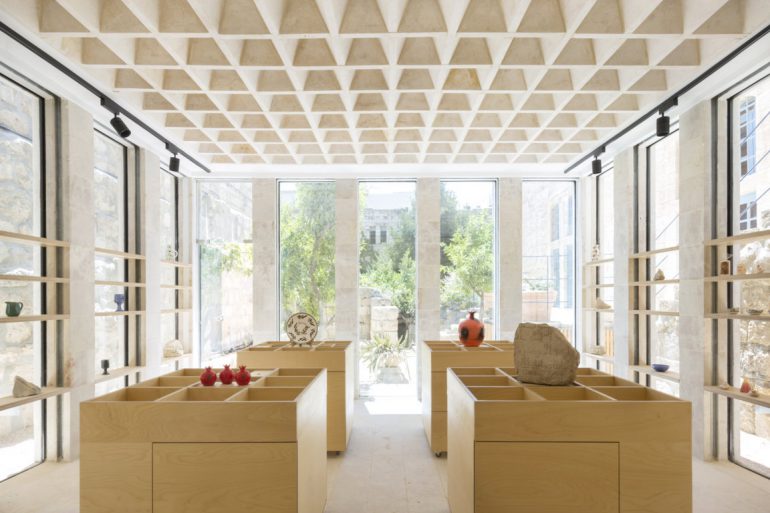 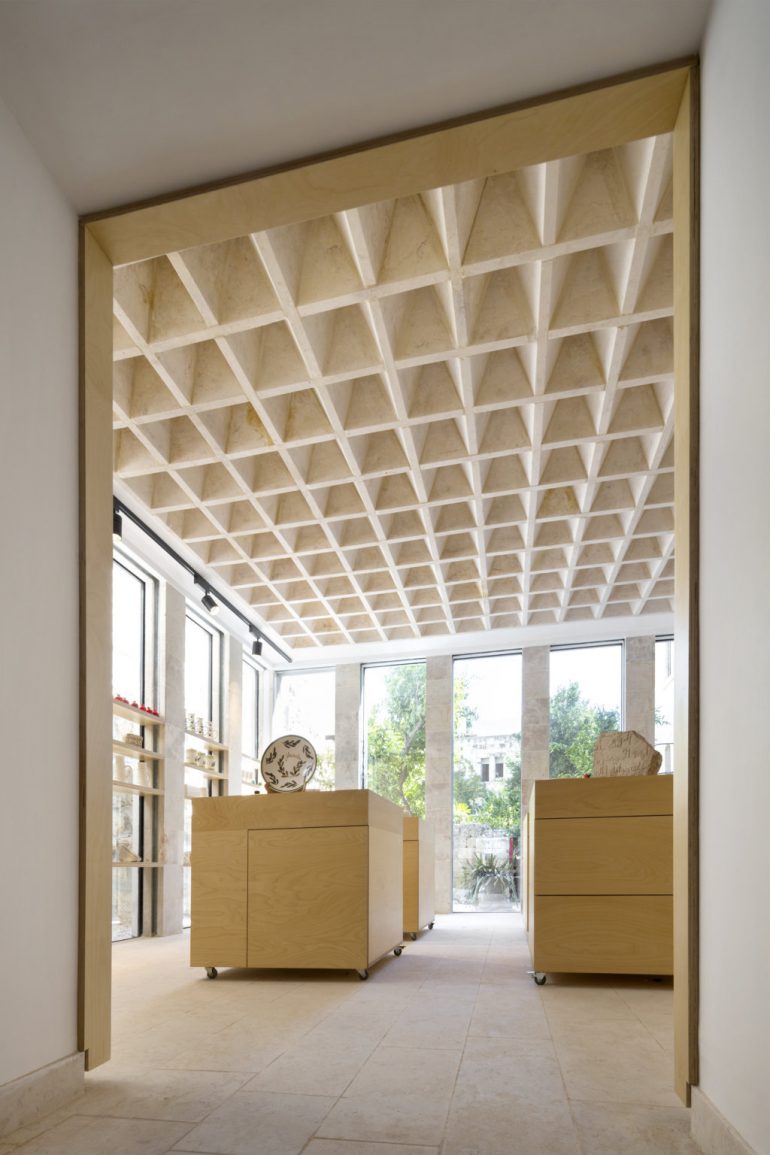 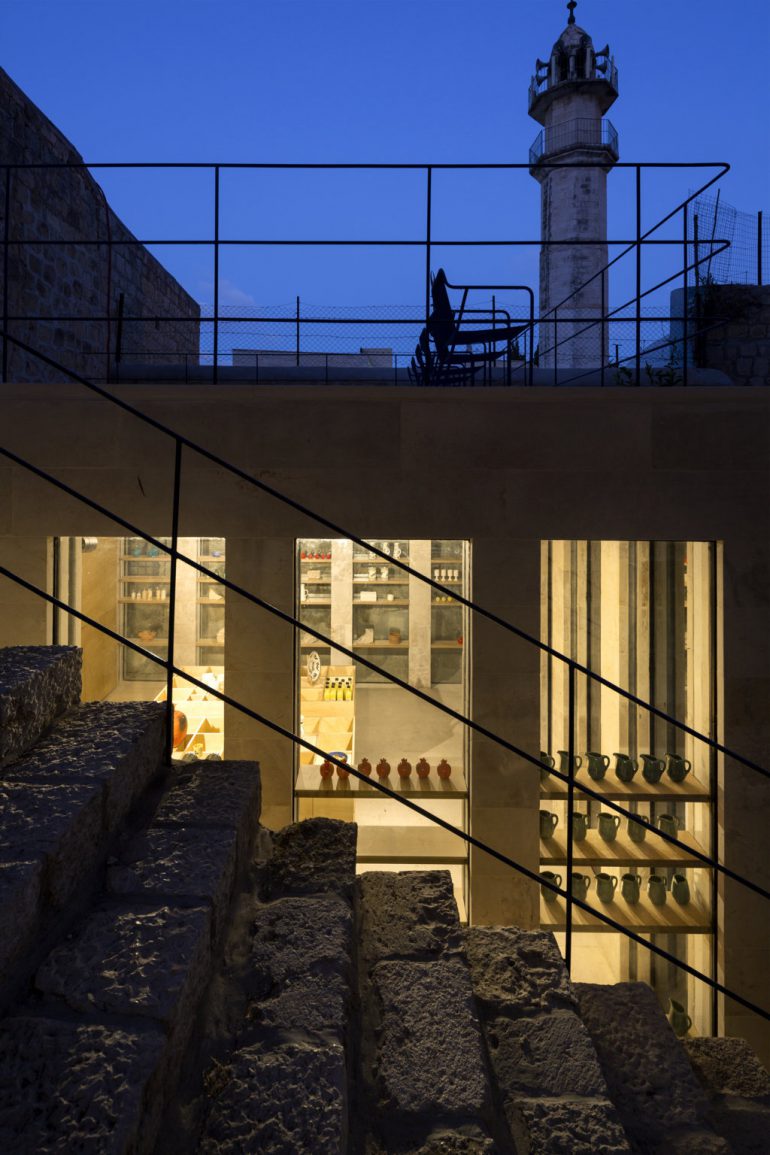 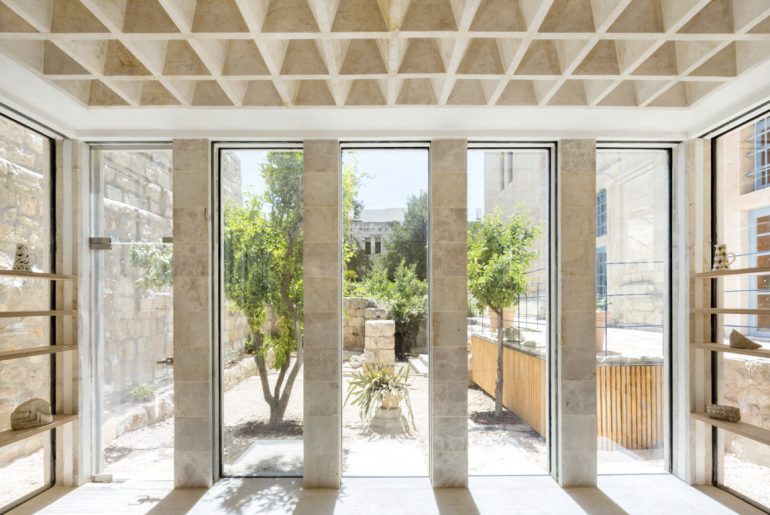 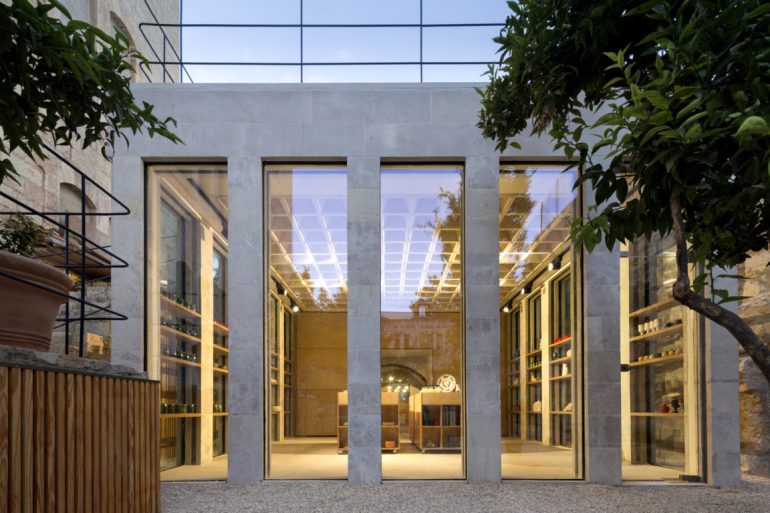