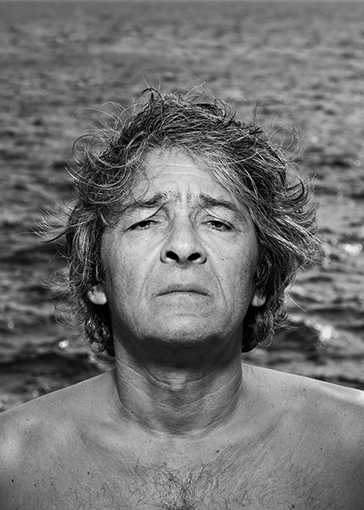 This time, you are a hero. I’ll load the chamber and you pull the trigger. I’ll raise my arms and respect the rules of good conduct that the editorial staff force me to. You have the right to six shots (small arms stuff). Don’t abuse them.

Bernard Khoury: “In the past, architecture created forms. Is a form still able to give a sense?”

Rudy Ricciotti: “Insularity of form produces exceptions, but Montesquieu warned us: “Chasing exceptions is like chasing the ridiculous”. Giving sense is the absolute minimum to be expected. In affairs of the heart one used to talk of giving pleasure as a minimum of good manners after seduction. Today, the international pornography of Anglo-Saxon minimalism puts the blame on the anxious architect. The same imperialism, with its dependent mythologies such as deconstruction or other philosophical neuroses create exaggerations in the “model son-in-law” architect. But what does the archangel Gabriel do? The existential difficulty is the genuine sensitivity of the architect which is well beyond the general cretinism of the necrophiliac idea of humility or even that of the necrophagous vulgarity of “pomp” or “bling”.

BK: “You have a close relationship with materials and here I’m thinking about the work you do with concrete, the importance of structure, of what materials can give… Long after the supposed exhaustion of the modernist label, can one still think that structural prowess gives a sense?”

BK: “Your projects produce situations that are always highly specific in relation to highly specific contexts. I would like to believe that your “inventions” are conceived in order not to be reproduced. Is it still possible to talk about a “Ricciotti style” with recognizable forms through your various interventions?”

RR: If I invent narrative solutions then it’s because I’m a coward, I‘ve got no balls, don’t fool yourself ! On the other hand, you and I think differently on this subject. My wife Myriam dreams to go to bed with you and to devour you: why? You’re even smaller than me! Because I transform reality by adding perversion to it while you’re already perverted before even beginning to change. I saw you drinking Coca-Cola with a straw from my wife’s lower back dimples and you were not smiling. In terms of context, the gulf that separates us is as vast as that separating Tsahal from Hezbollah. As a consequence, the question of identity becomes a gastronomic question.
What shape does risk have? Remember this phrase of Voltaire addressed to Rousseau : ” Reading your work, I just have a desire to walk on all fours”.

BK: “You don’t have the profile of a reasonable architect. Often consensus prevails over radicalism and I’m thinking in particular of those public tenders that make up the majority of your work. How do you reassure those serious institutions for whom you build?

RR: The politicians are not the real problem – in general those elected are quite bold. The real problem is the bureaucrats and the fascist bureaucracy. They have understood that by generating things that are harmful or noxious, they are renewing their existential territory. Today they represent the primary agent of democratic dysfunction. They detest architects who are free and happy, they prefer courtesans. It’s important to point out here that when they are very young, the architects have to make a choice: either be politically correct to please the pathetic grin of an official confused by the sardonic smile of the Mona Lisa, or be rash and imprudent to please Jack Nicholson’s cynical smile in “One flew over the cuckoo’s nest”, confused with the cruel smirk of a politician whose hypocrisy can be erected like the fine arts. I’ve made my decision!
Any other perverted questions like that? Do you want white wine or rosé?

BK: “Can architecture still be considered as a political act?”

RR: It should be a common thread. Architecture is not an autonomous discipline, otherwise it’s a nightmare. The relationship with the economy is of the utmost importance. It requires depth of field – that there is either redistribution of wealth by defending territorialized uses and resistance to industrial relocation, or that it makes a contribution through renewal of the memory of skills and crafts to cementing social cohesion as in the 19th century: it is a genuine political and romantic project. Today the risks are enormous because on the one hand “conspicuous” consumerism is omnipresent, while we should pursue technological disobedience; on the other hand, the new ideological barbarism of ecologism as blind faith without any evidence of benefit is mystifying fragile spirits. Earning without working fascinates both the financial markets and the bistrot ecologists of pseudo-conformist affluent neighbourhoods. What’s to be done? Pray that Satan saves us from evil! The great Pier Paolo Pasolini, the big Christian communist, who makes me regret not being gay, wrote that consumerist Americanized behaviour destroyed Italian society even more than fascism.
Look, the Archangel is more important than God.

RR: “How can you resist, escaping from one or the other of these abyssal depths of identity, engine of disappearance!? The journey is destructive and exhausting in vain. In “Playtime”, Jacques Tati had already anticipated the aesthetic consequences of the global. Dispersion destroys the spirit. Perhaps, like trees, you need to prune the branches back in order to put down deeper roots? “Local” makes sense from the very moment when it doesn’t become a doctrine, petty regionalism or a simply untended short cut. I don’t have the answer, perhaps the expression “glocal” gives you any idea? As for me, I’m a provincial, reactionary, mannerist middle-class architect. “It’s better one bad idea, that no idea at all” said General de Gaulle. Is that all right?”

RR: Well, then anxious and with no international ambition… Shall I open another bottle of white, my old mate? 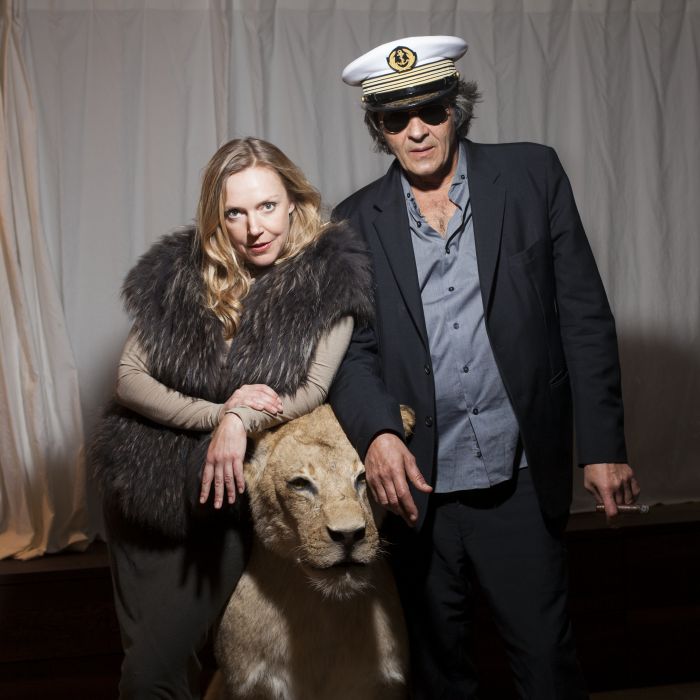 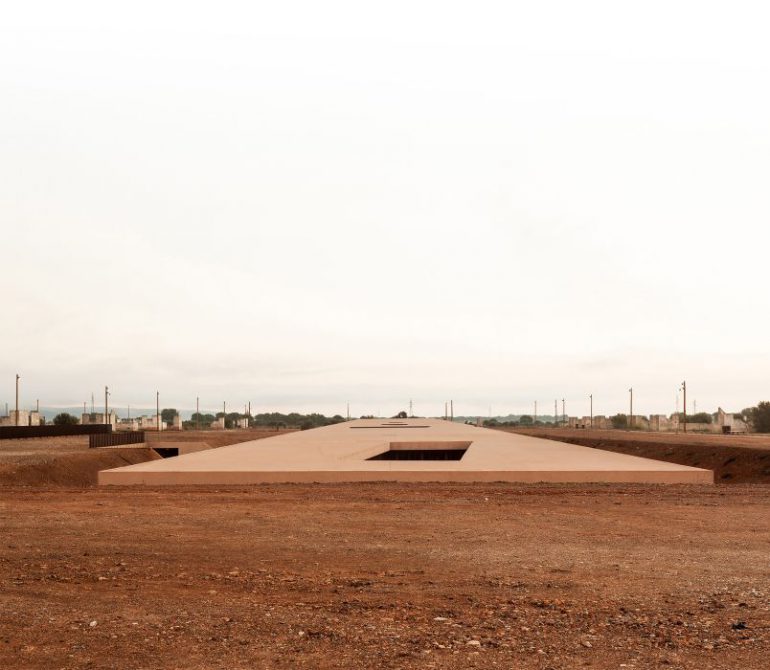 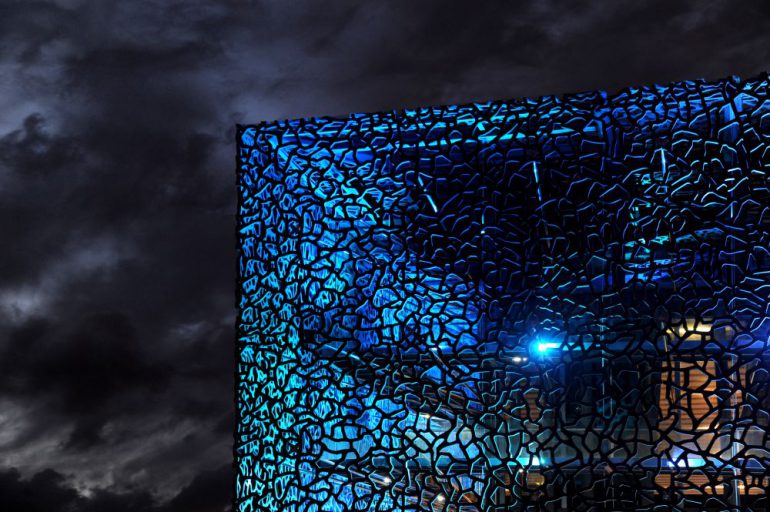 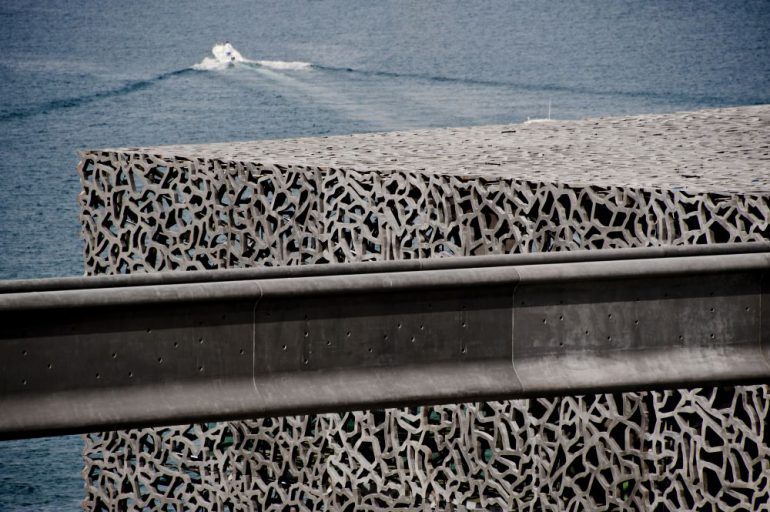 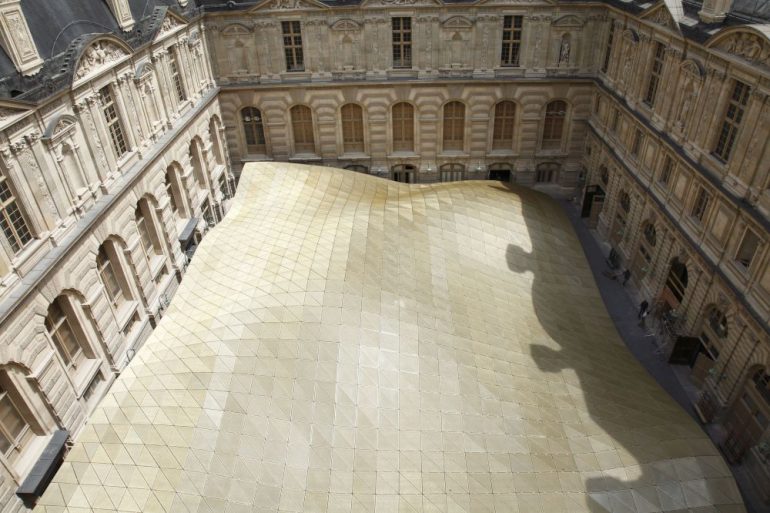 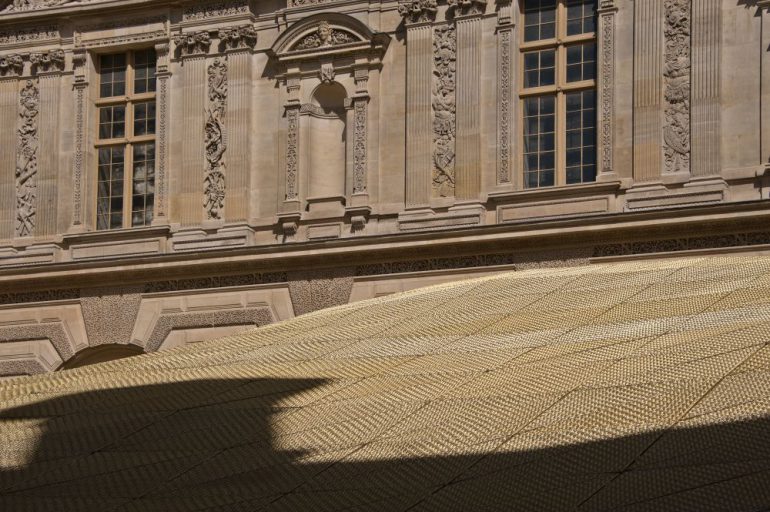 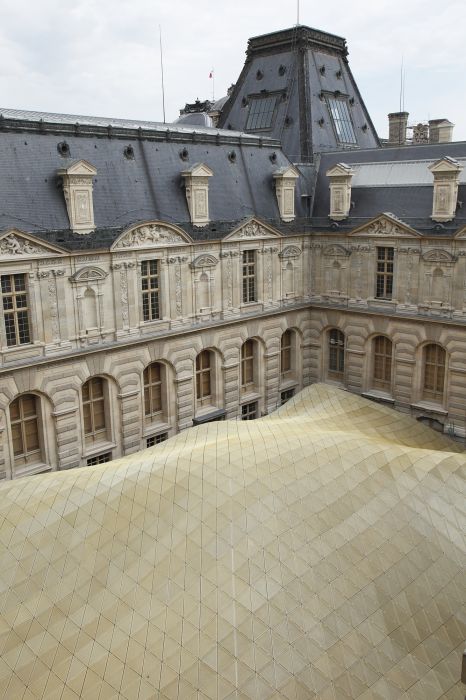 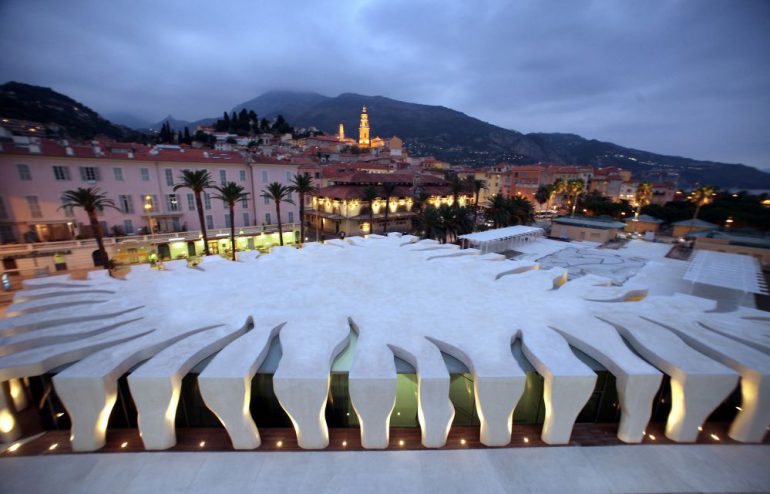 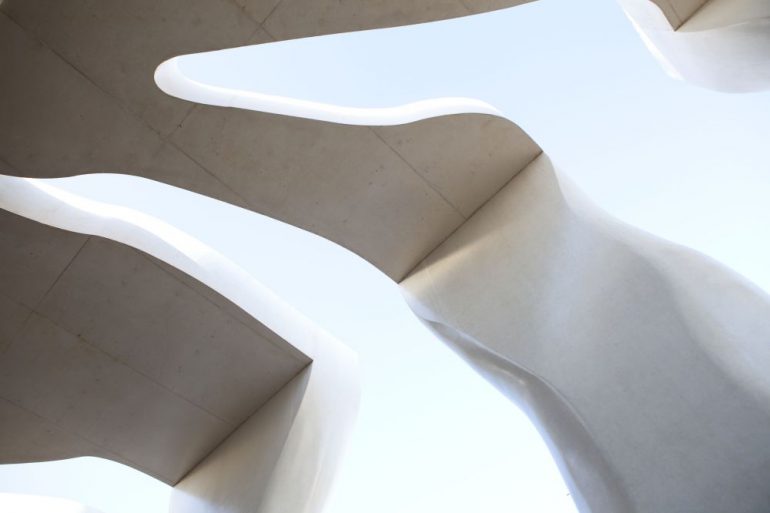 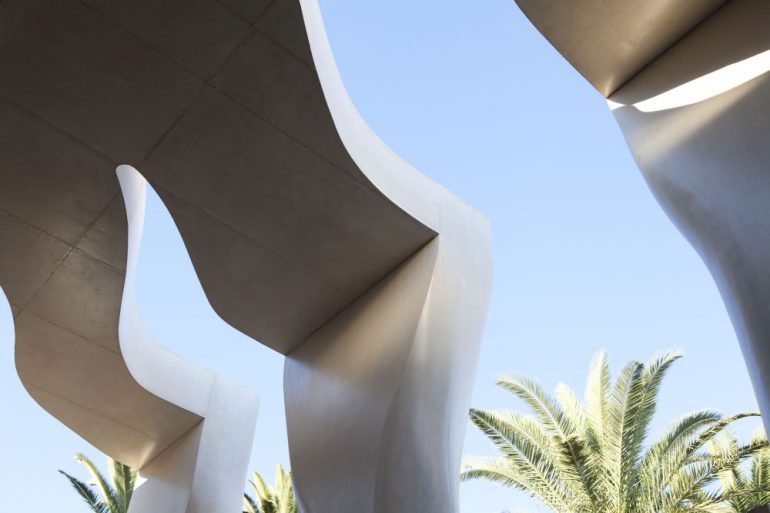 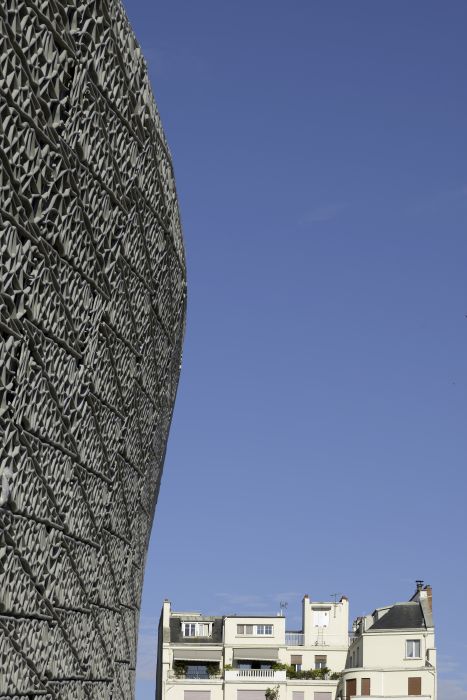 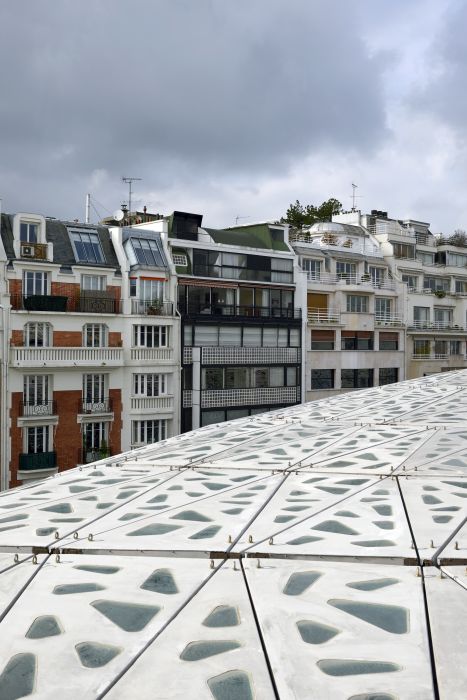 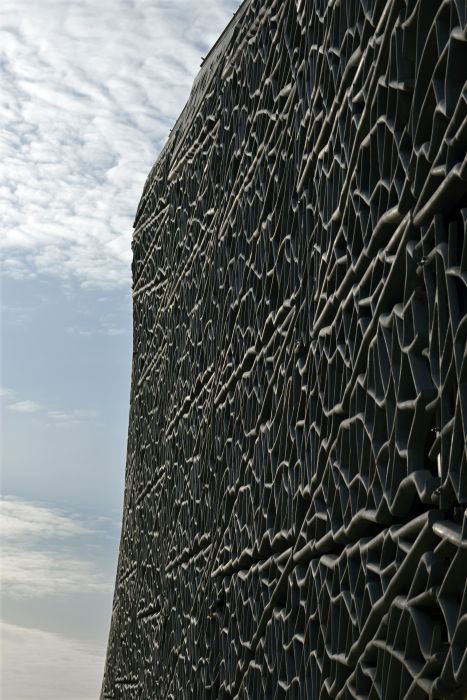