To provide the best possible service, we use cookies on this site. Continuing the navigation you consent to use them. Read more.
PROJECTS
·14 July 2020 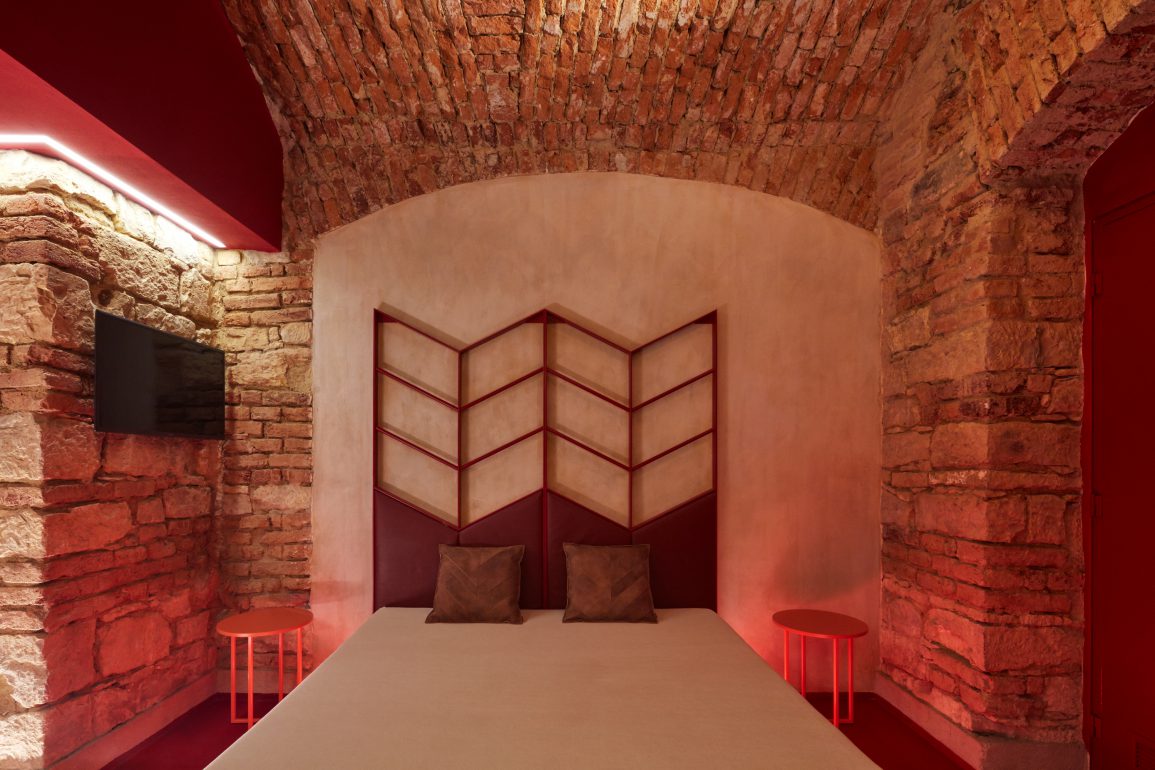 A special „relax“ centre that serves as an hour hotel was a really unusual brief and a big challenge for architect Lenka Míková – as well as the given underground space with no windows. The main issues were to avoid vulgarity while meeting all the specific requirements of such a hotel, how to create intimacy, how to use existing brick walls and vaults without resembling to a medieval torture chamber.

The approach was to create a world of its own, with a bit mysterious, slightly bizarre yet still elegant and most of all intimate mood. The interior is inspired by the aesthetics of David Lynch movies, the main corridor makes a tribute to a scene from Under the Skin movie. Intimacy is supported by the play with lighting effects. The rough masonry is contrasted by a minimalistic treatment of all the new surfaces that are united by a single colour. To emphasize a „luxury“ feeling there is also an additional decorative surface, almost at the edge of a kitsch – which doesn‘t matter in this case.

The visitors seeking an asylum are welcome by inconspicuous street entrance and then led downstairs into the dark to a safety gate, which is a symbolic threshold. Once allowed they continue by a long corridor with a slightly confusing lighting that cuts them off from the outside world. At the end there is a light over a reception from which they continue to one of the five rooms.

There are three major rooms, each with a specific „water feature“ and its own colour – the blue one is „Royal“ with a large jacuzzi, the green one is “Relax” with a bath tub, the red one is “Hot” with a show-of shower. Each of them has also its own stone texture. The other two rooms are smaller, cladded like a wooden cabin with a bold, almost exotic wood texture.
The rooms are logically dominated by custom-made beds with distinctive fronts, they also feature some practical details but in a discreet way – who needs them, finds them. Generally the design is not so much about the specific use of the place, it’s more about the aim to make a parallel underground world with an appropriate atmosphere where visitors could forget about the life outside, at least for a while.
For further information, please visit www.lenkamikova.com. 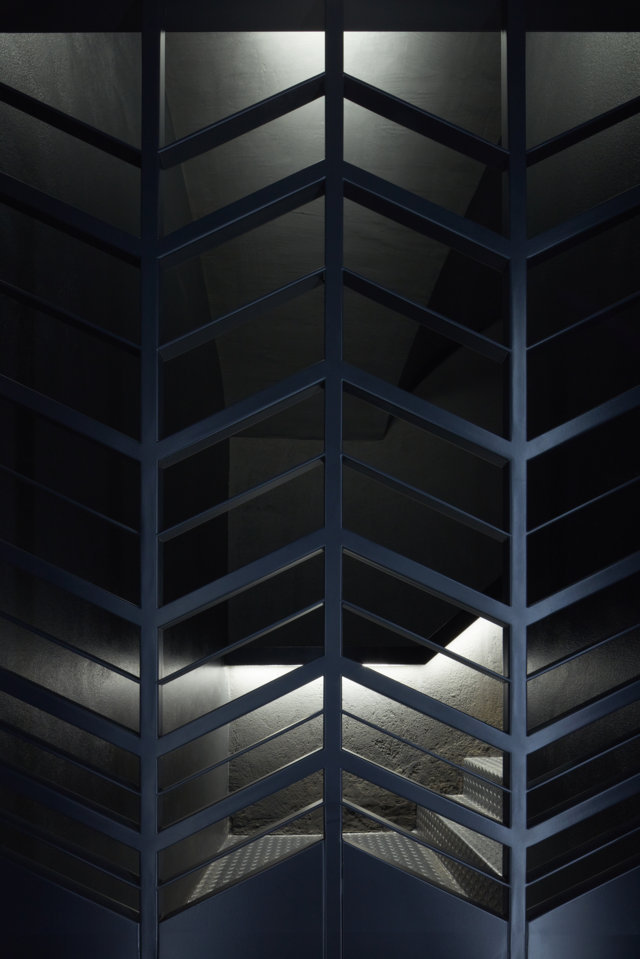 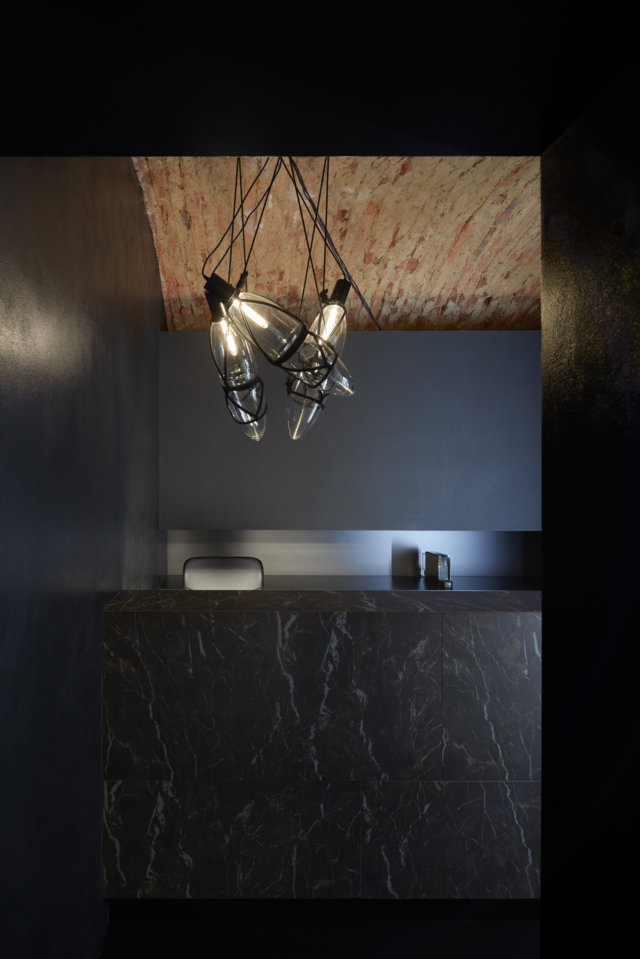 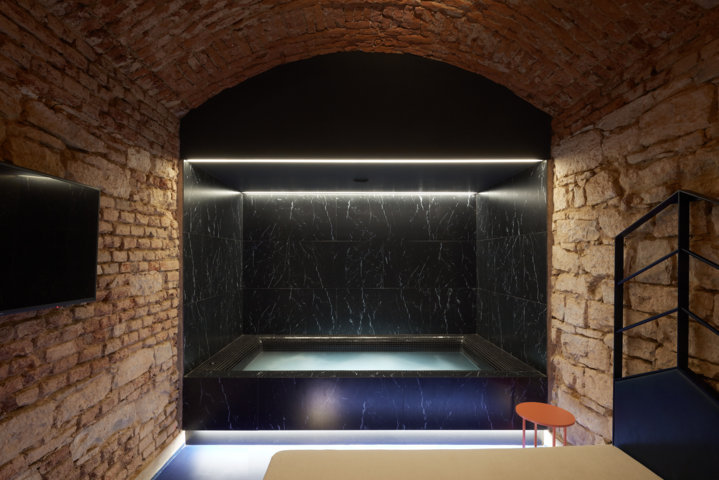 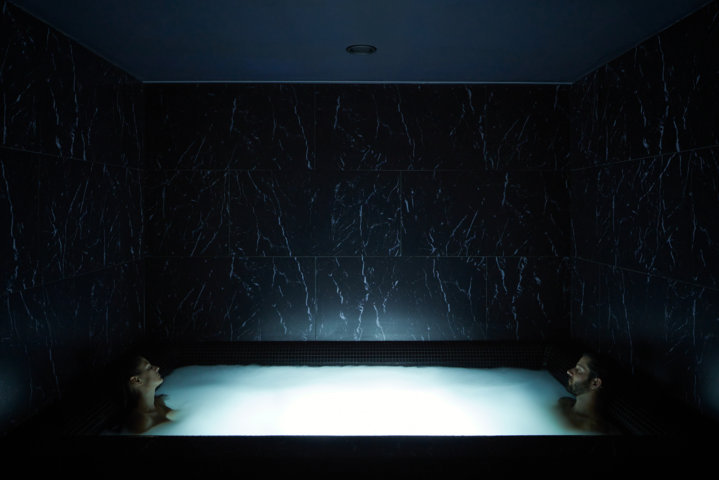 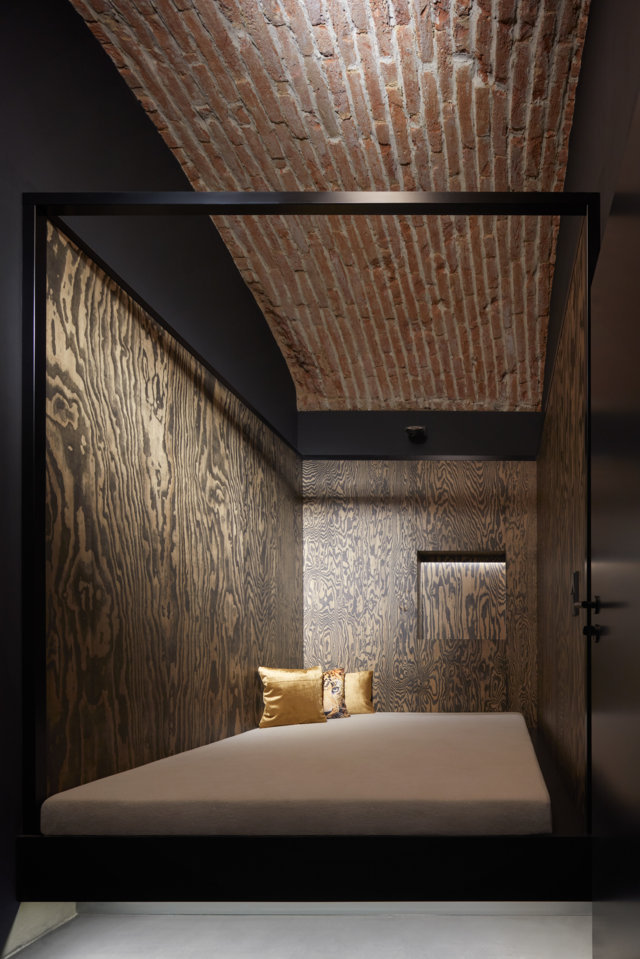 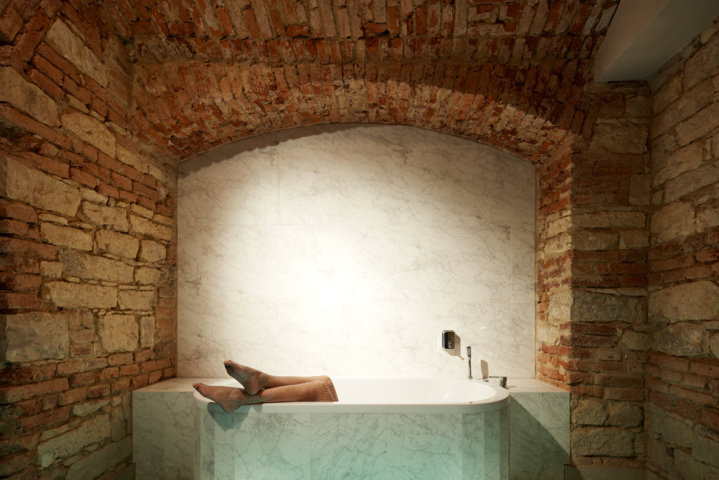 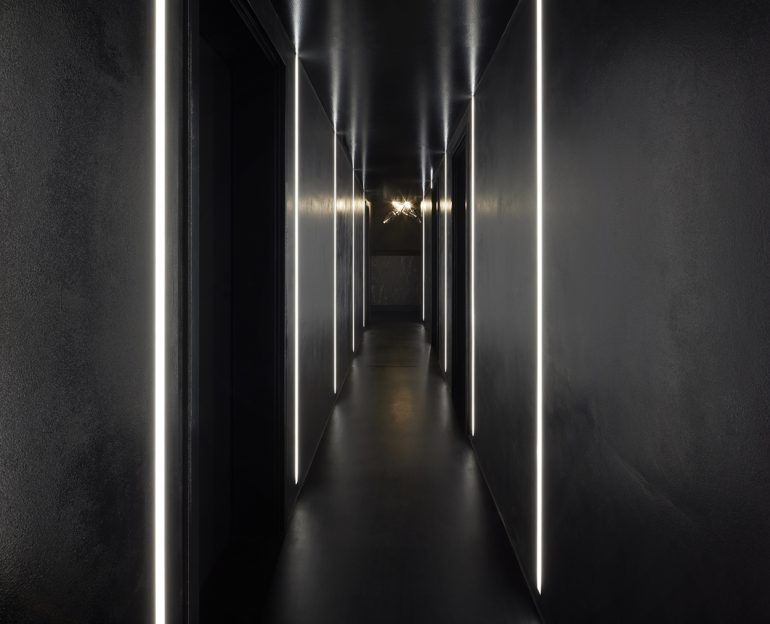