To provide the best possible service, we use cookies on this site. Continuing the navigation you consent to use them. Read more.
PROJECTS
·20 April 2019 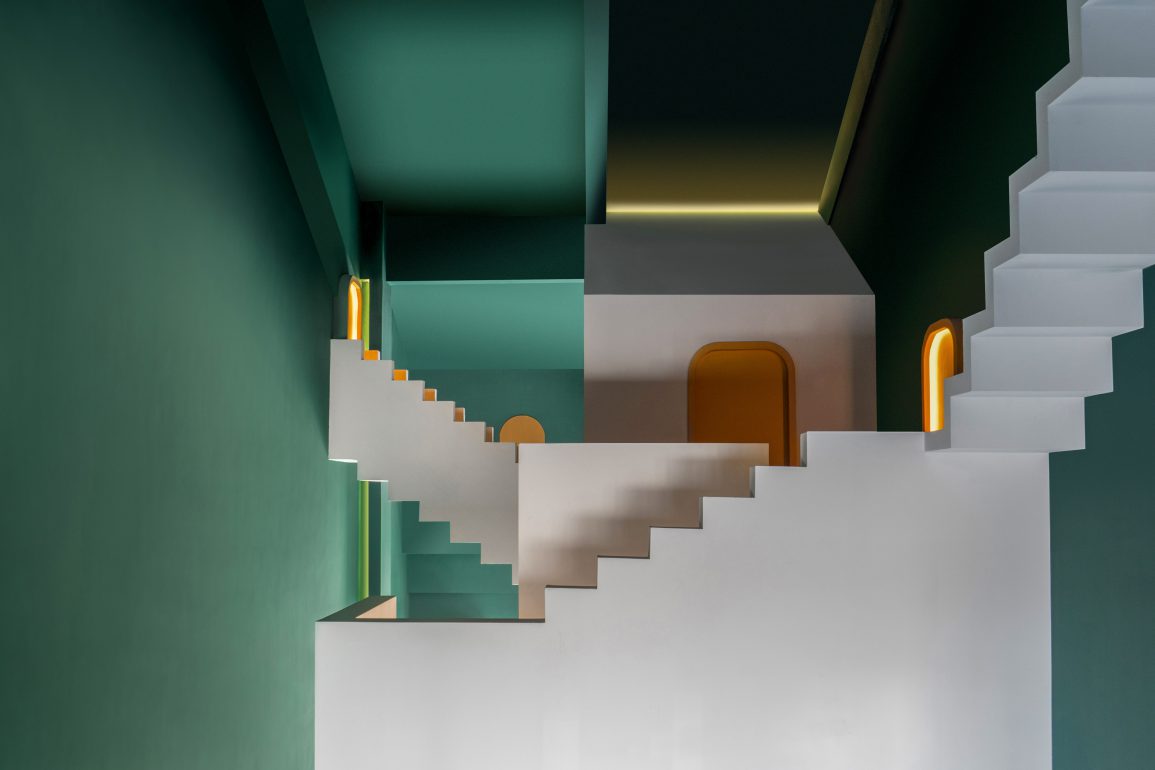 The Other Place is a creative guesthouse by the Li River in Pingle County, Guilin, and Studio 10 has just finished the renovation of its Dream-and- Maze-themed guest rooms.
Inspired by the works of M.C. Escher, the architect meant to create a mysterious, infinite and impossible space with the seamless transformation amongst 2D and 3D as well as Optical Illusion elements.

Pale pink and white color palette renders the interior space serene and surreally fresh, far from the chaos of mundane daily life. All components from the reality world such as lighting fixtures and electronic appliances have been concealed behind a series of black-painted doors, maintaining the pristine, chimerical nature of the space.
In the other forest-green-themed room, antigravitational stairs leads to golden doors, behind which there could be a trail leading to a secret forest – or some other unexpected findings that surprises you. 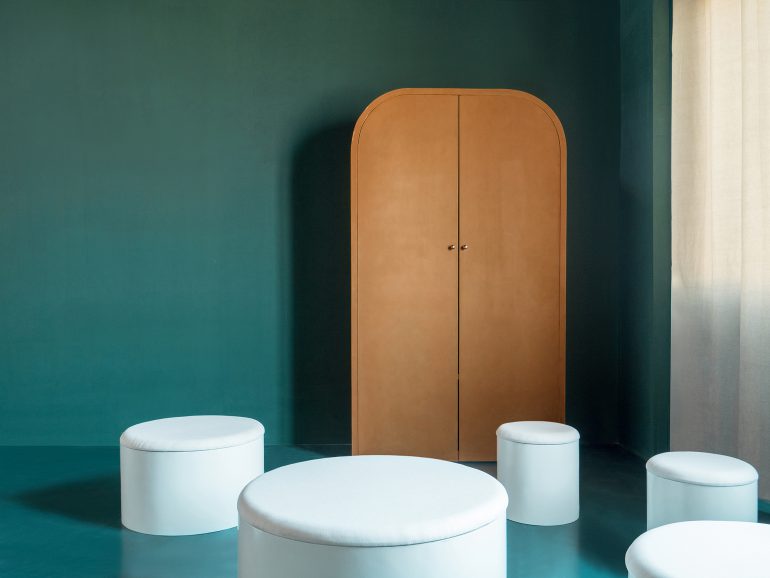 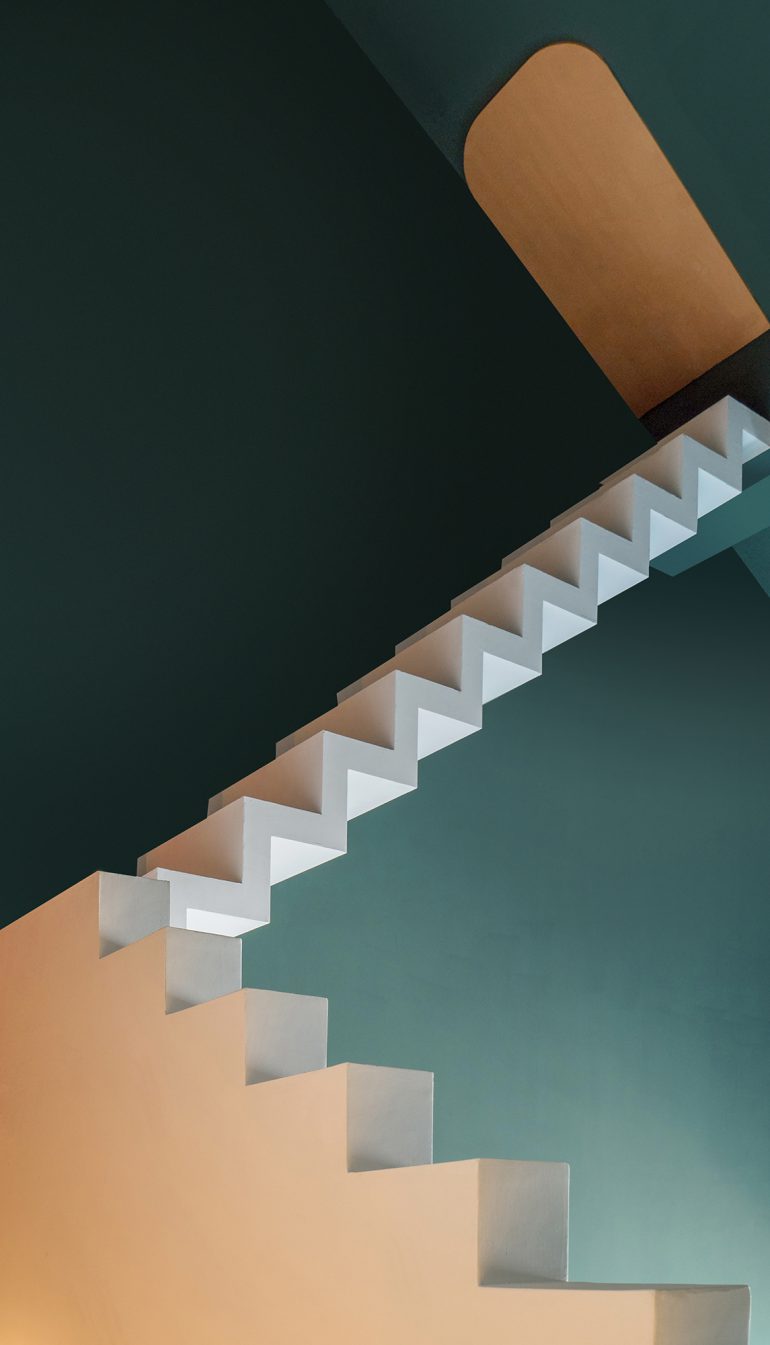 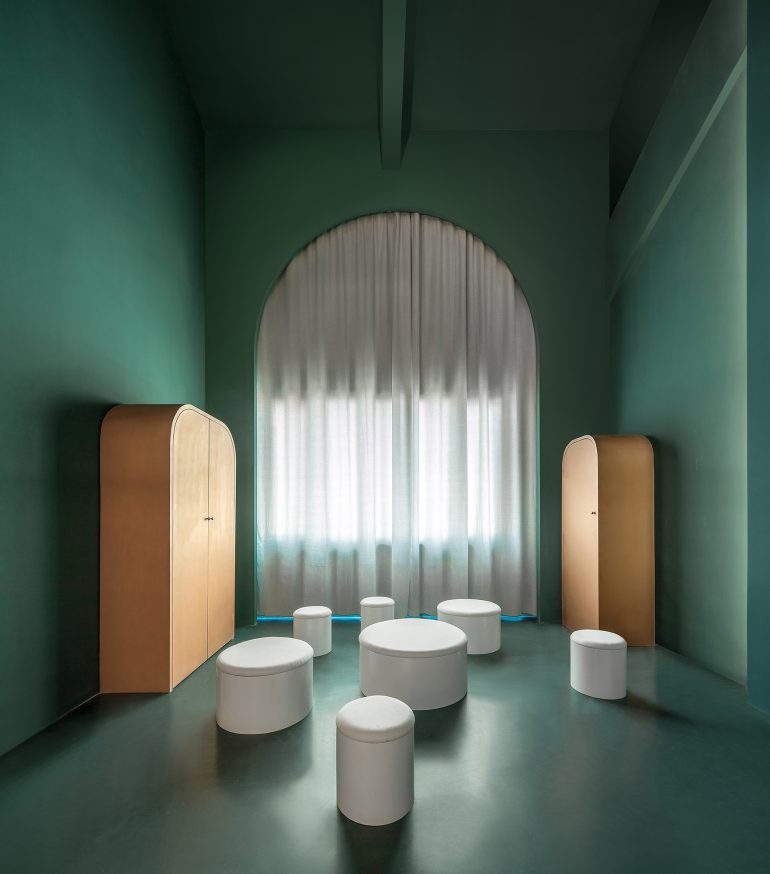 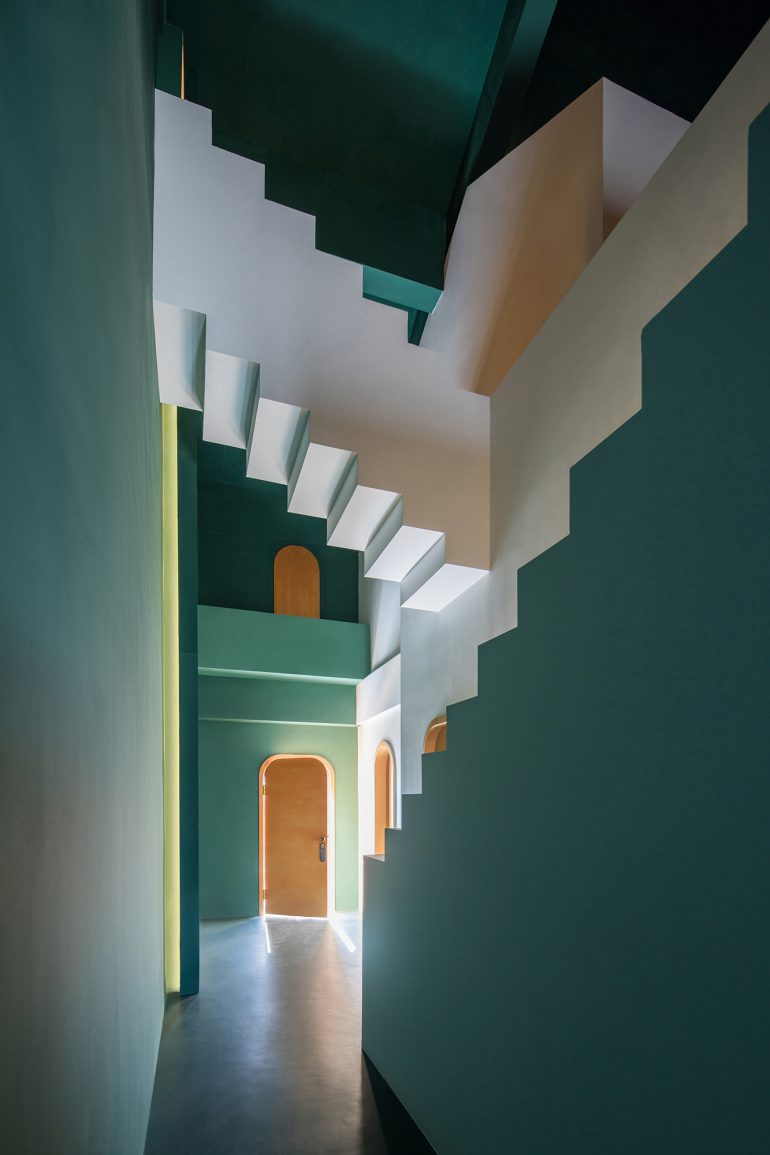 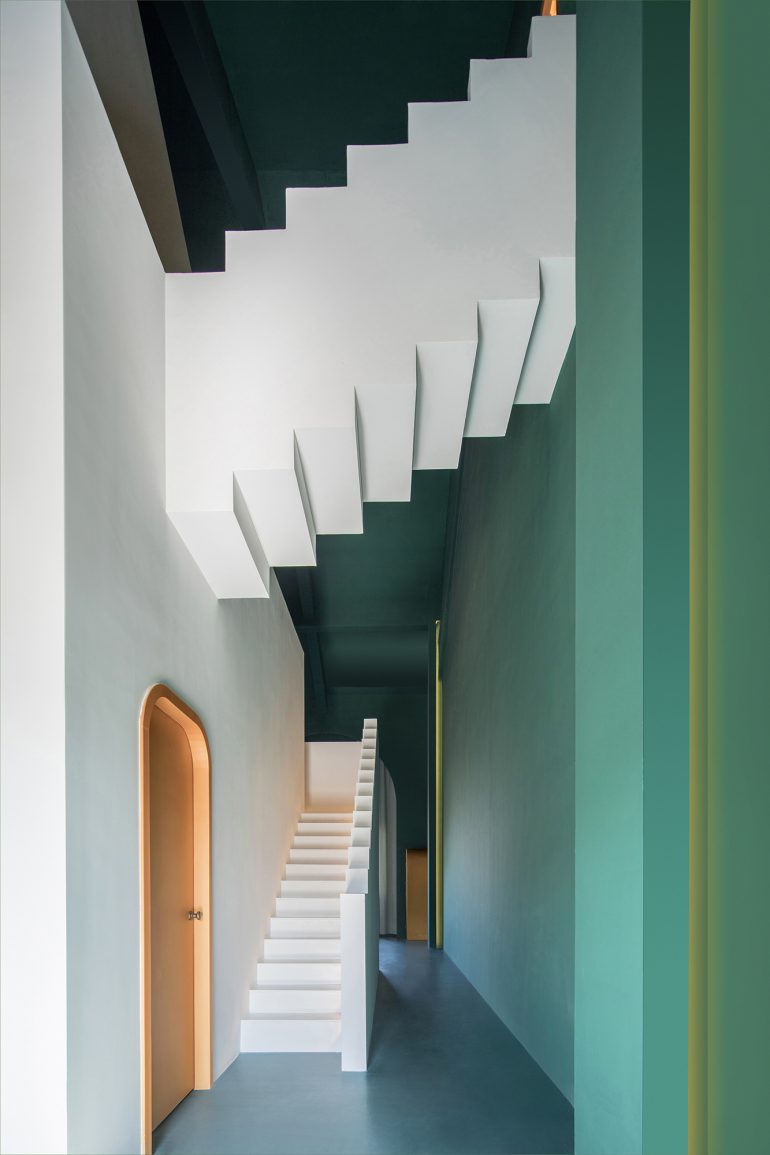 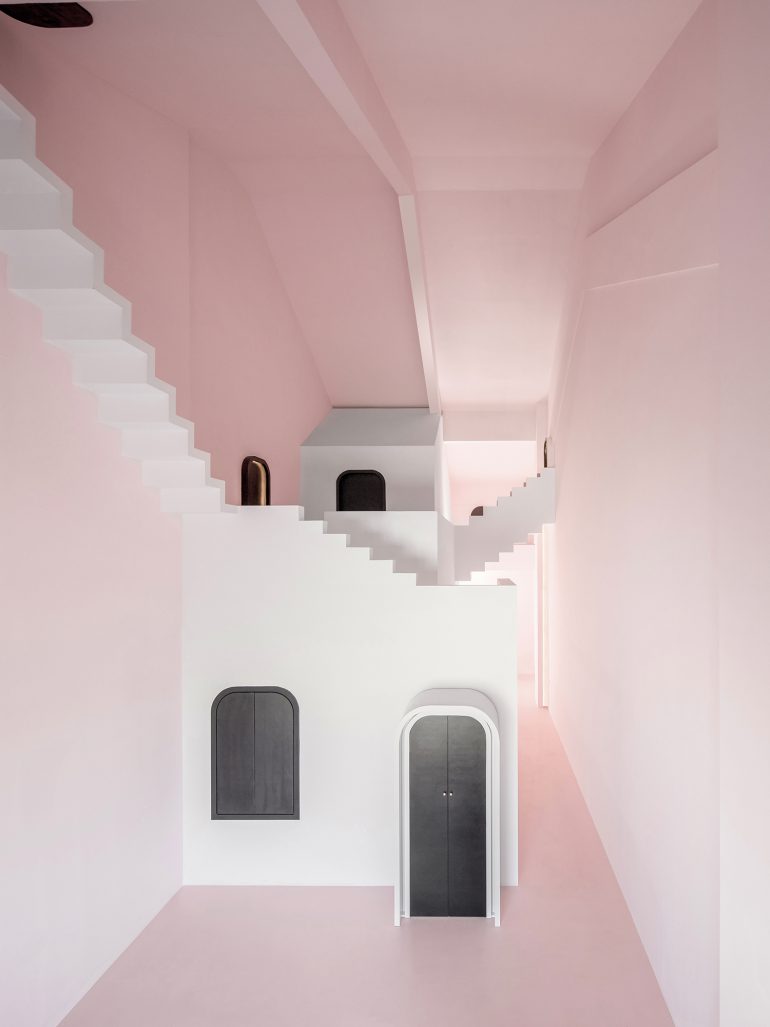 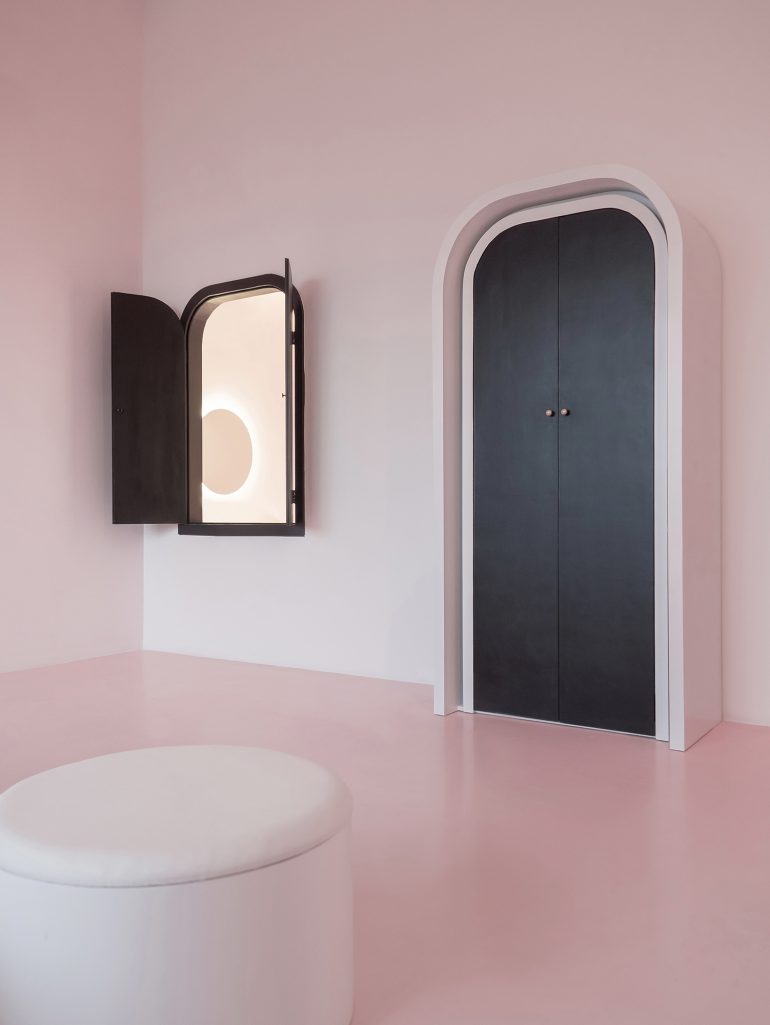 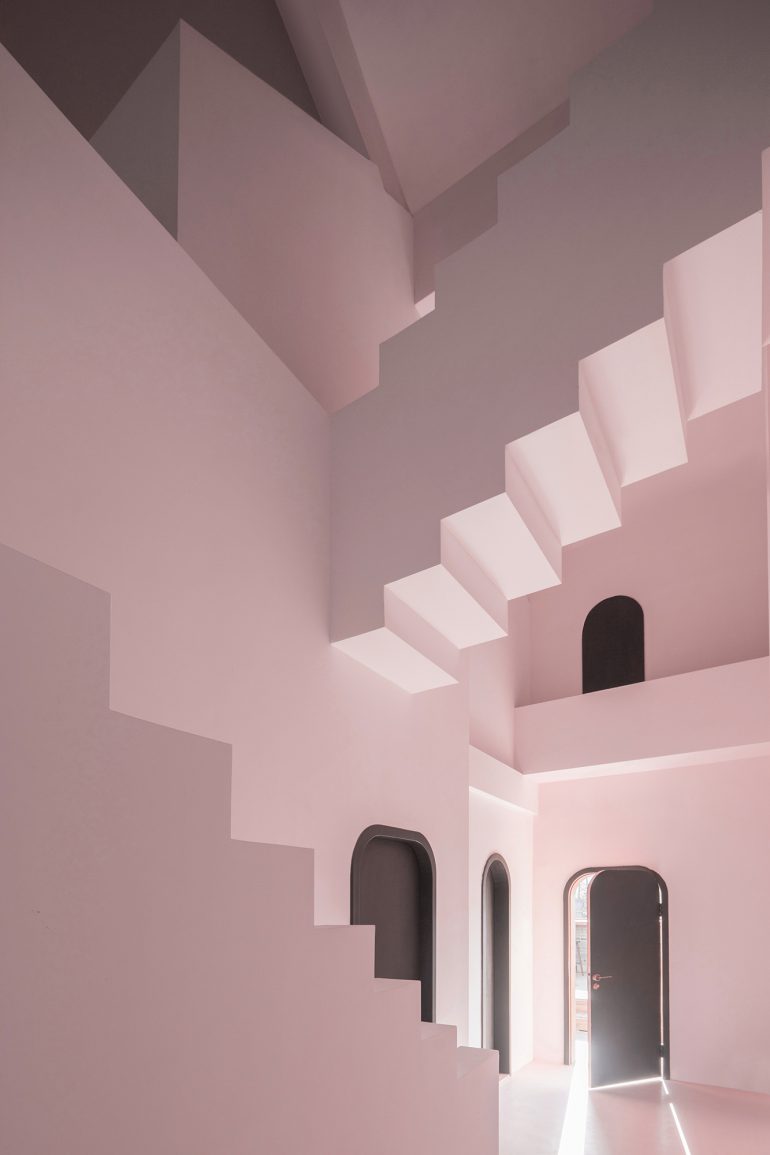 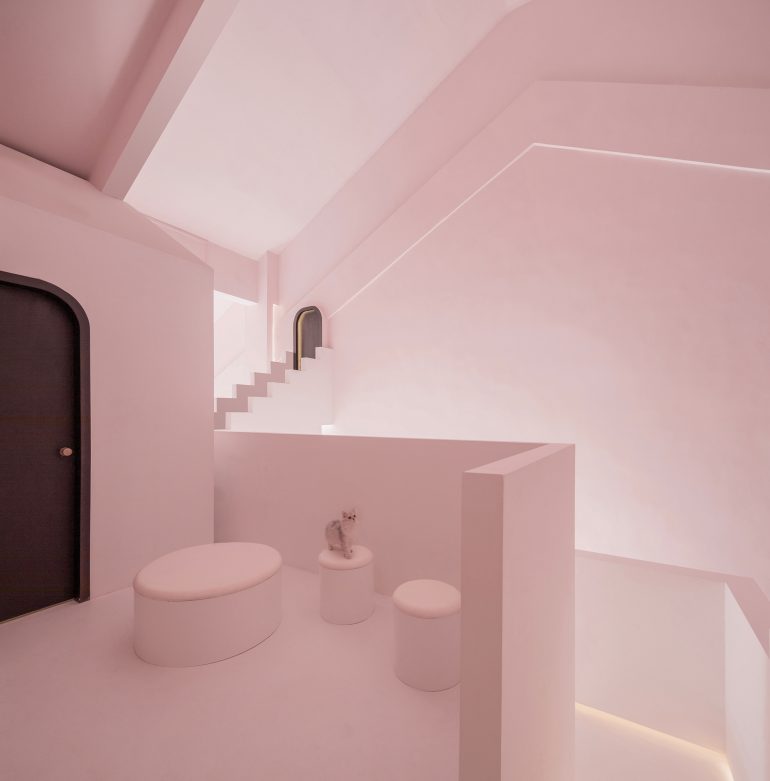 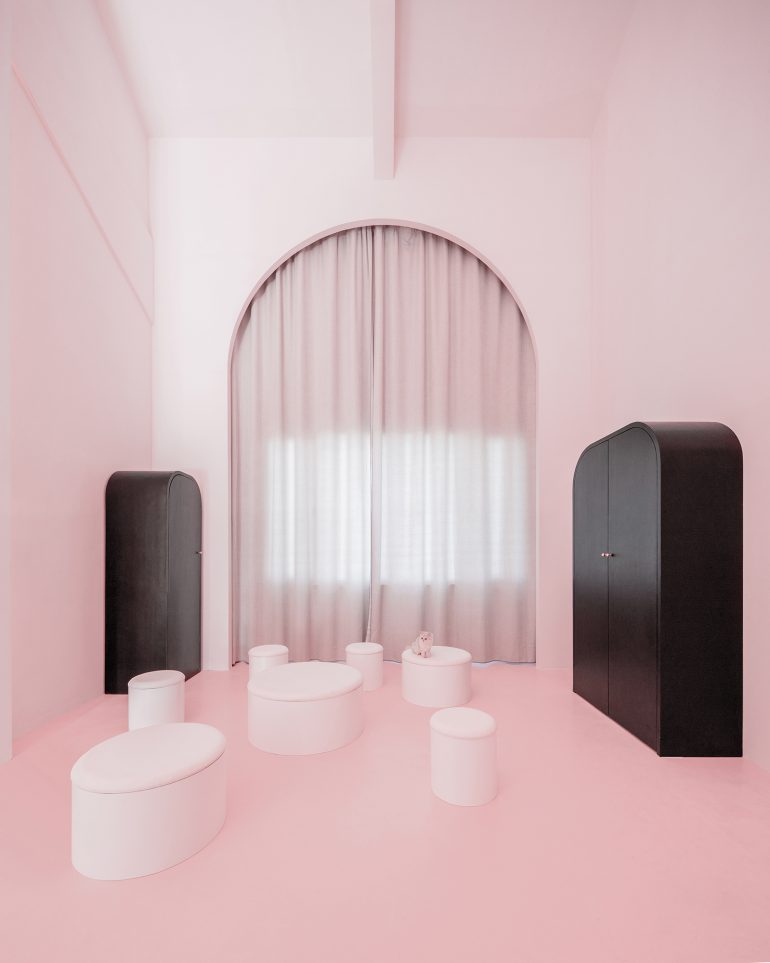