To provide the best possible service, we use cookies on this site. Continuing the navigation you consent to use them. Read more.
PROJECTS
·21 November 2018 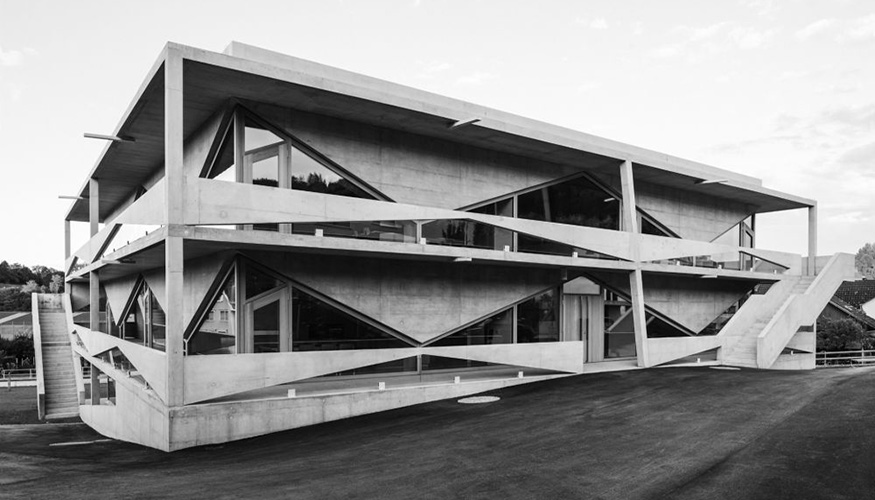 The design for a new school building in Thal by Angela Deuber is precise and measured in the compositional definition of each architectural element, exceptional in the attention paid to constructive detail and follows the trail of the most sophisticated and experimental Swiss production. Alongside some recurring variables such as the use of exposed concrete and the physical presence of a rigorous and substantial architecture, other elements such as attention and linguistic experimentation enhance this small village school on Lake Constance with an almost playful element.
The elegant interplay between structure and form as expressed by the awardwinning Swiss designer is based on a simple system. The layout, which is approximately square, is neatly organized around a few elements among which three flights of stairs stand out, one in a central position and the other two external, to embrace the opposite sides of the same diagonal.

The articulation of the elevations is the context in which formal research is clarified in a more explicit way. Two different systems alternate in the definition of the facades, the gallery that runs along the perimeter of the building defines a filter space with its own external mesh, while the internal front is marked by the alternation of large triangular elements that are grafted onto low columns framing the large window openings. Each element of this design helps to trace the image of an architecture defined by a clarity that is not only compositional but also structural and constructional.

BIOGRAPHY
ANGELA DEUBER, BORN IN BAD KISSINGEN (D), IS A SWISS ARCHITECT EDUCATED AT ETH ZURICH (2002) WITH A PRACTICE BASED IN CHUR, GRISONS. 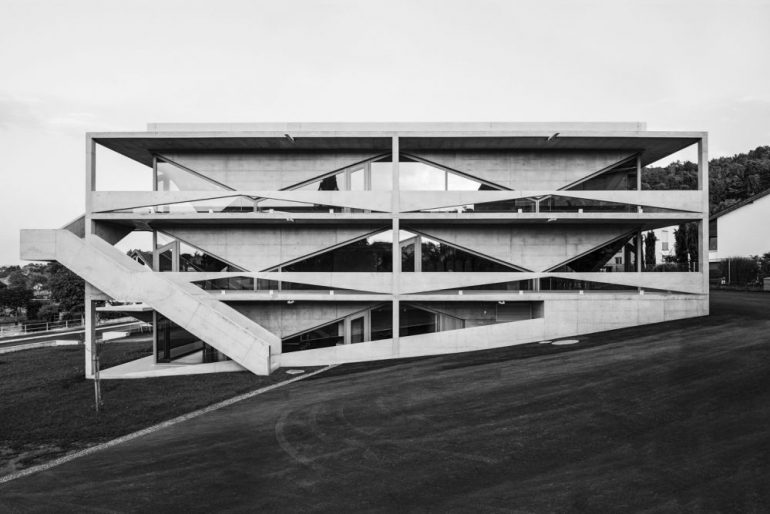 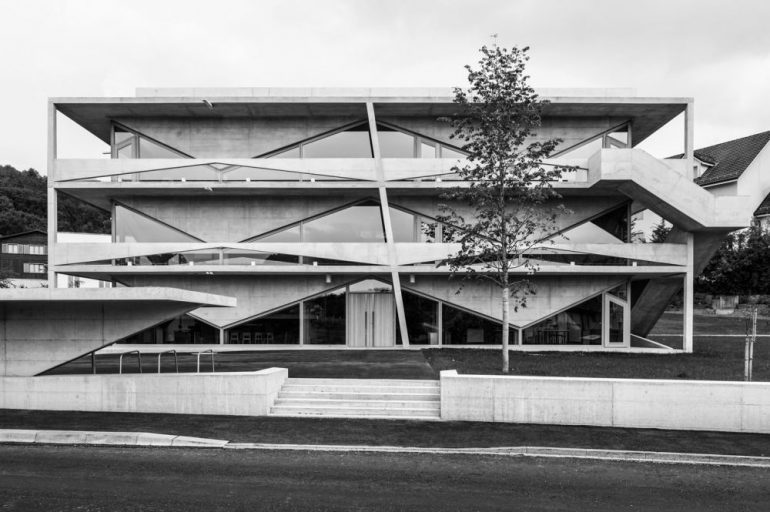 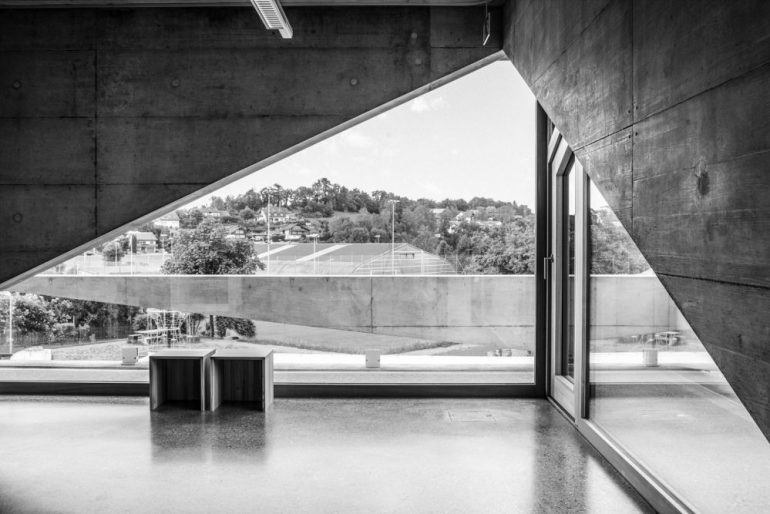 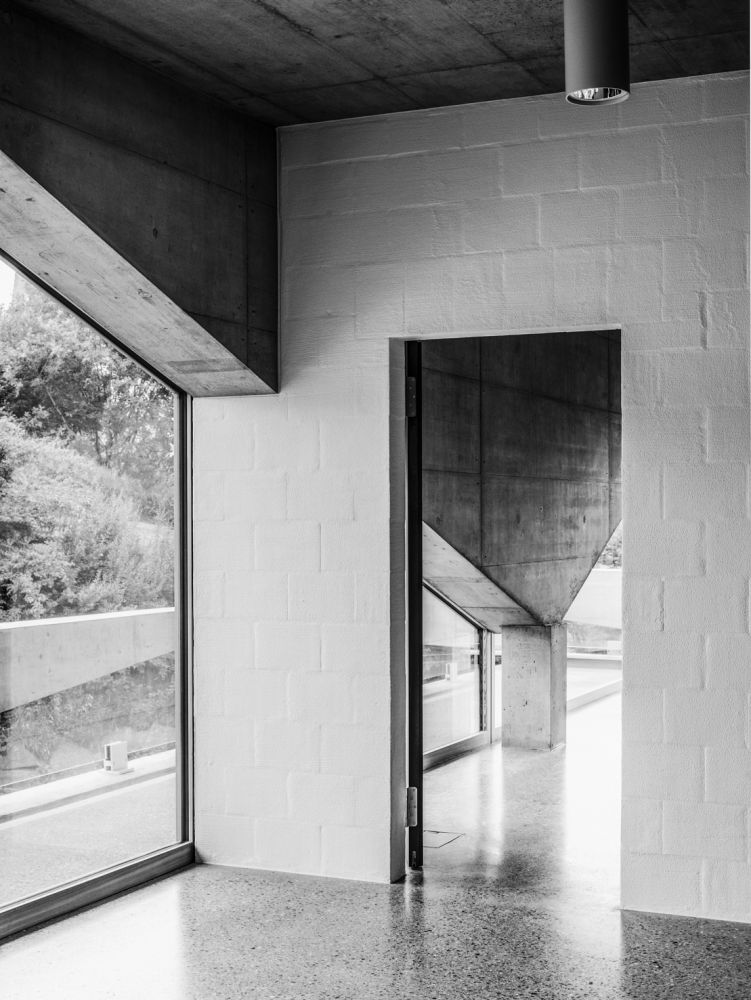 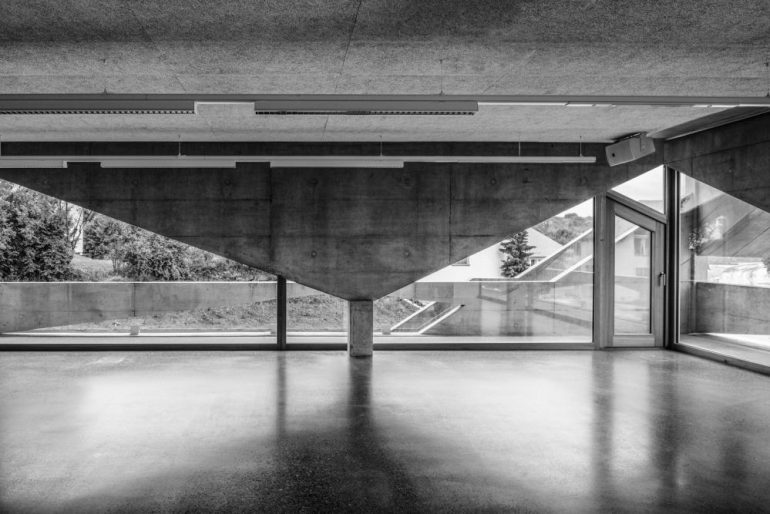 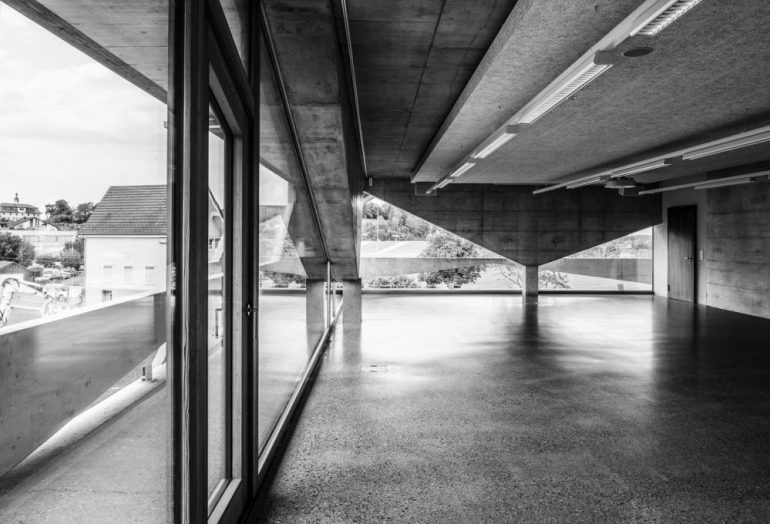 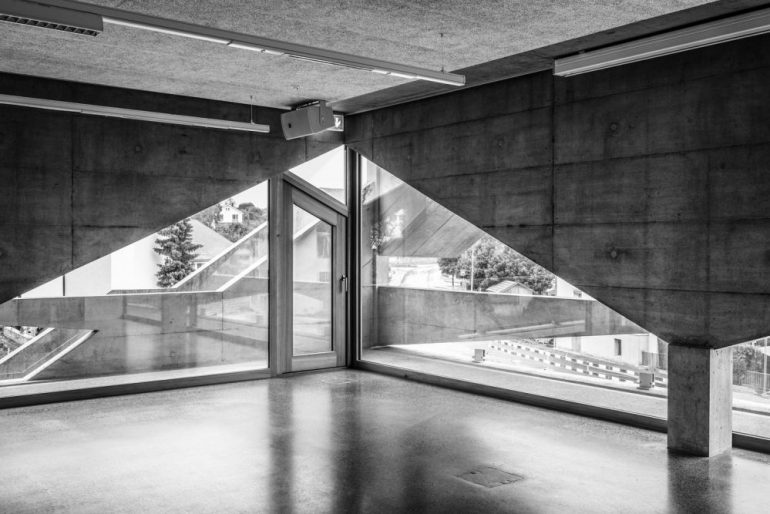 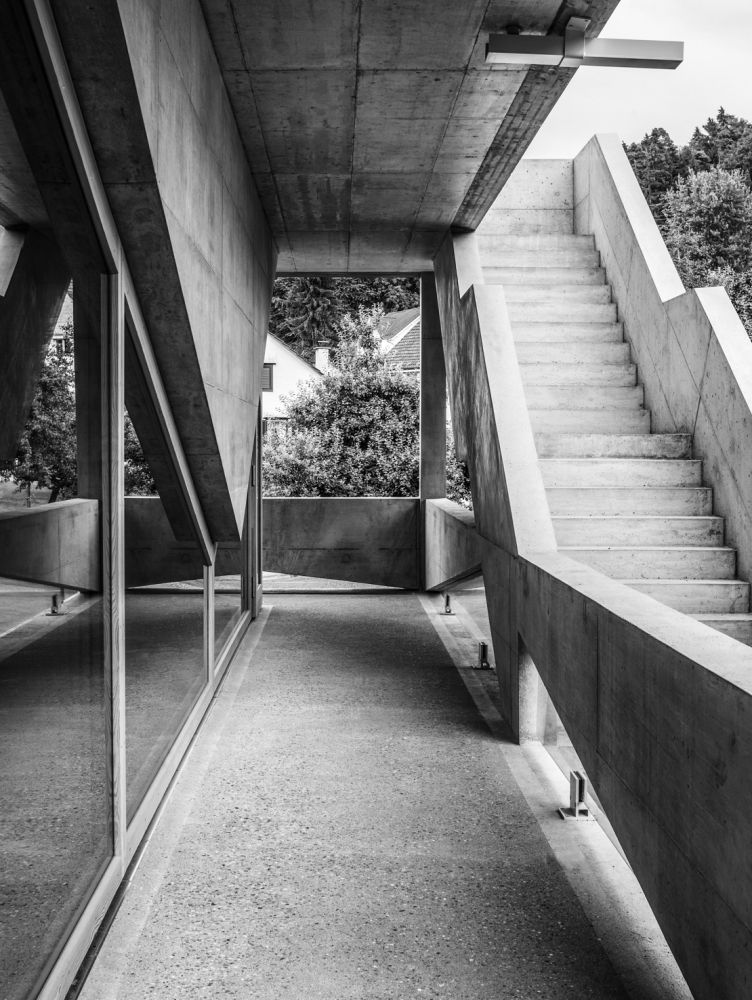 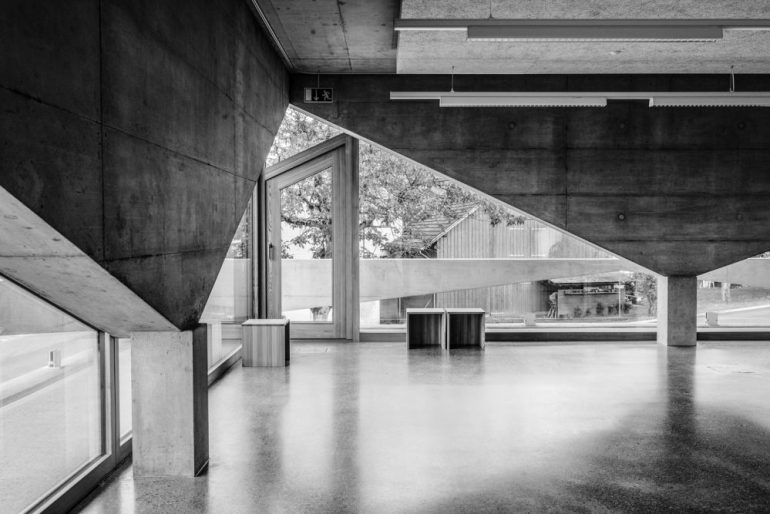 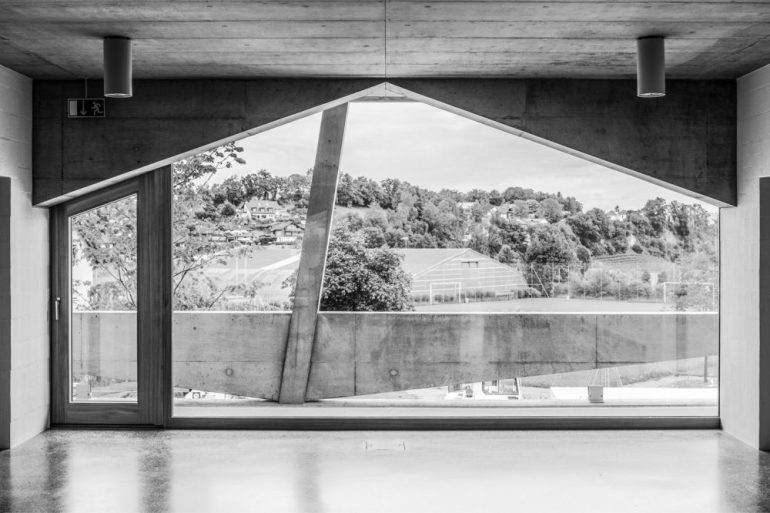 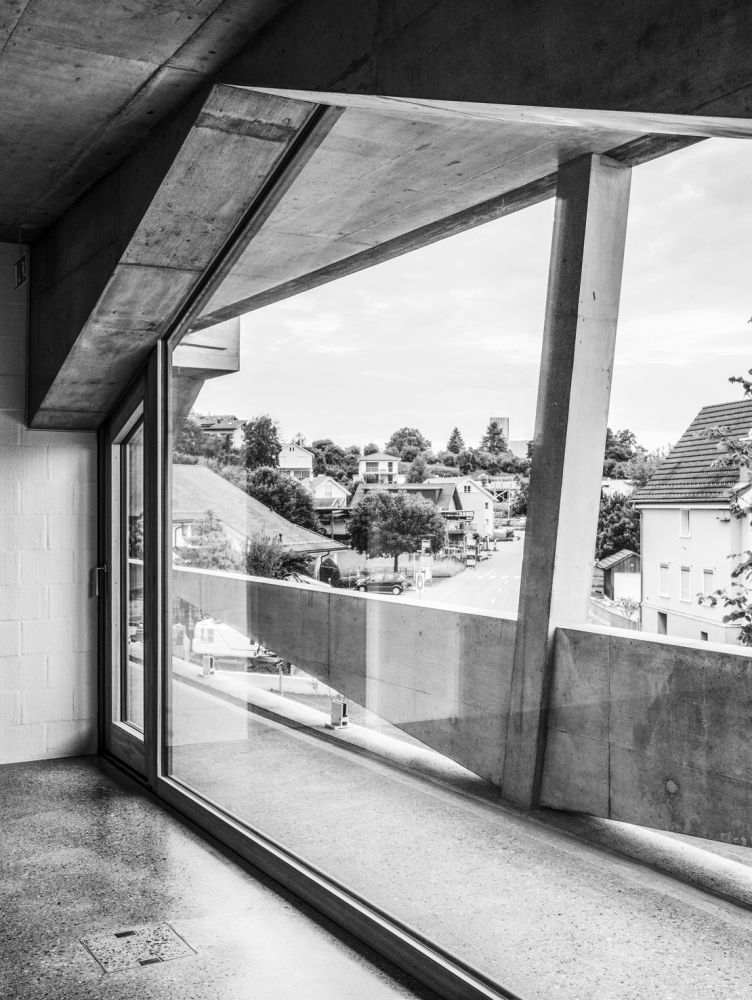