To provide the best possible service, we use cookies on this site. Continuing the navigation you consent to use them. Read more.
PROJECTS
·27 August 2018

Morpheus by Zaha Hadid Architects, a new flagship hotel for the City of Dreams resort in Macau, opens Friday 15 June 2018.

Conceived as a vertical extrusion of its rectangular footprint, a series of voids is carved through its centre to create an urban window connecting the hotel’s interior communal spaces with the city and generating the sculptural forms that define the hotel’s public spaces.

The design resolves the hotel’s many complex programmes within a single cohesive envelope. Zaha Hadid Architects (ZHA) was commissioned to build the hotel in 2012. At that time, foundations were already in place of a condominium tower that did not progress.

ZHA designed the Morpheus as a simple extrusion of the existing abandoned foundations; using this rectangular footprint to define a 40-storey building of two internal vertical circulation cores connected at podium and roof levels where the many guest amenities were required.

This extrusion generated a monolithic block making best use its development envelope that is restricted to a 160m height by local planning codes. This block was then ‘carved’ with voids.

The underlying diagram of the hotel’s design is a pair of towers connected at ground and roof levels. The central atrium in-between these towers runs the height of the hotel and is traversed by external voids that connect the north and south facades. These voids create the urban window that links thehotel’s interior communal spaces with the city.

Three horizontal vortices generate the voids through the building and define the hotel’s dramatic internal public spaces; creating unique corner suites with spectacular views of both the atrium and the city. This arrangement maximises the number of hotel rooms with external views and guarantees an equal room distribution on either side of the building.

In-between the free-form voids that traverse the atrium, a series of bridges create unique spaces for the hotel’s restaurants, bars and guest lounges by renowned chefs including Alain Ducasse and Pierre Hermé.

The atrium’s twelve glass elevators provide guests with remarkable views of the hotel’s interior and exterior as they travel between the voids of the building.

As one of the world’s leading hotels, the Morpheus‘ interior spaces necessitated a high degree of adaptability to accommodate the many varying requirements of its guest amenities. The building’s exoskeleton optimizes the interiors by creating spaces that are uninterrupted by supporting walls or columns.

The world’s first free-form high-rise exoskeleton, its rich pattern of structural members at lower levels progresses upwards to a less dense grid of lighter members at its summit.

Morpheus draws on a ZHA’s 40 years of research into the integration of interior and exterior, civic and private, solid and void, Cartesian and Einsteinian. Space is woven within structure to tie disparate programmes together and constantly make connections.

Viviana Muscettola, ZHA’s project director explains, “Morpheus combines its optimal arrangement with structural integrity and sculptural form. The design is intriguing as it makes no reference to traditional architectural typologies.

“Macau’s buildings have previously referenced architecture styles from around the world. Morpheushas evolved from its unique environment and site conditions as a new architecture expressly of this city.

“The expertise of all members of the Morpheus team has created new possibilities for architecture,” continued Muscettola. “The comprehensive parametric model combined all of the hotel‘s aesthetic, structural and fabrication requirements and will radically change how our built environment is planned and constructed.”

Lawrence Ho, chairman and CEO of Melco Resorts said, “From the very beginning, we shared ZHA’s vision and determination to push boundaries. Morpheus offers a journey of the imagination. From the curved exterior to the dramatic interior spaces, it pleases the eye and excites the senses: a contemporary masterpiece to be enjoyed by many generations to come.” 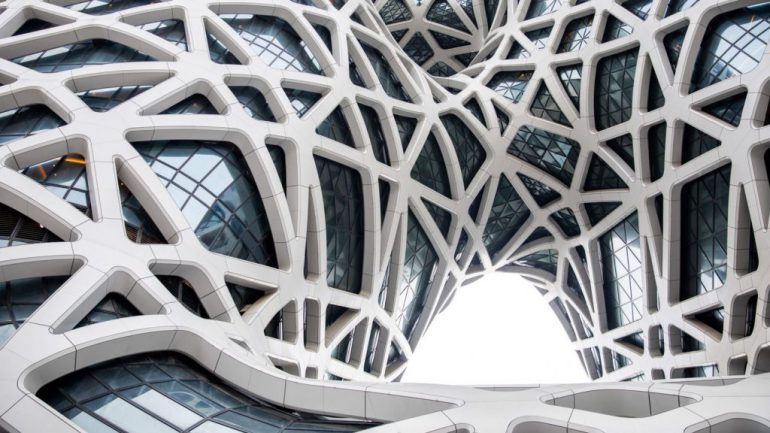 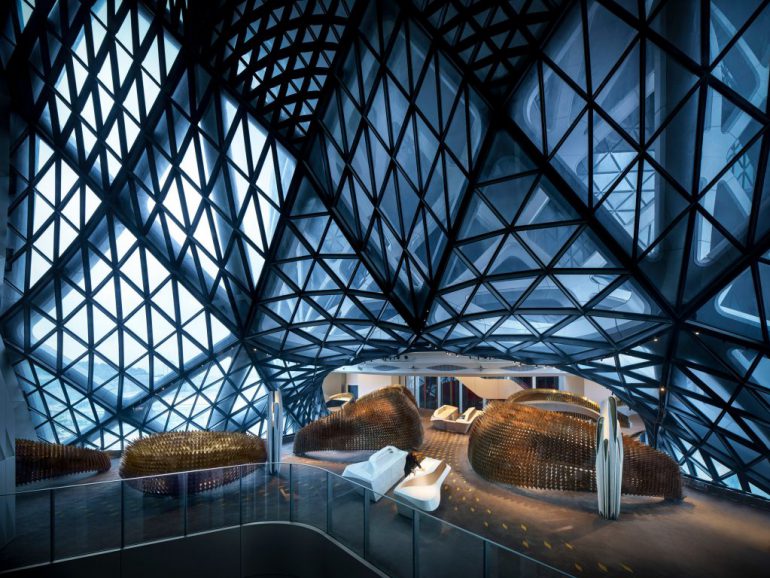 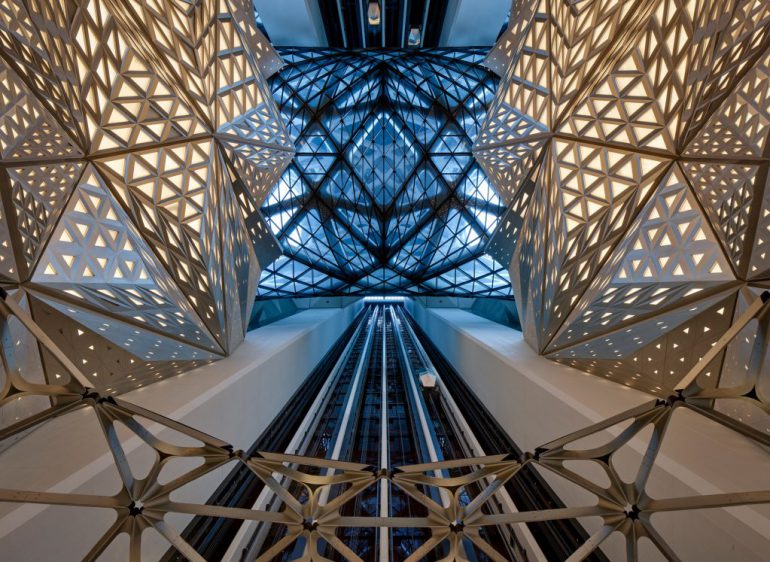 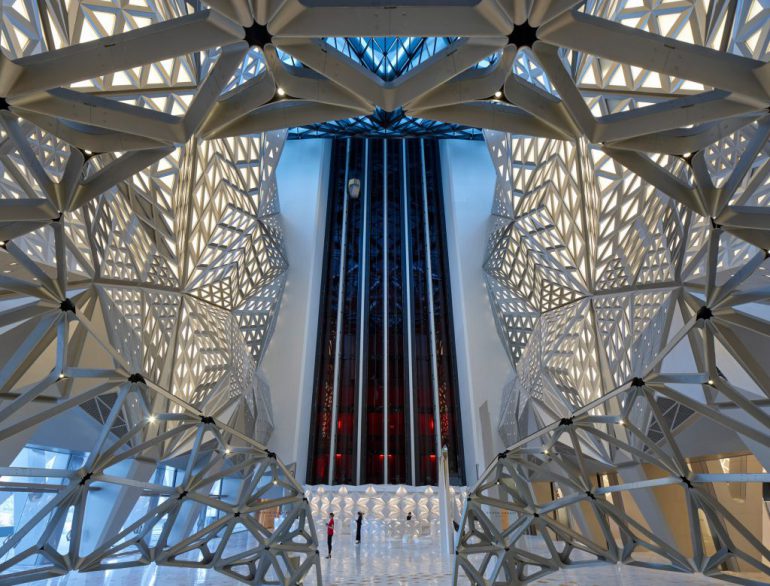 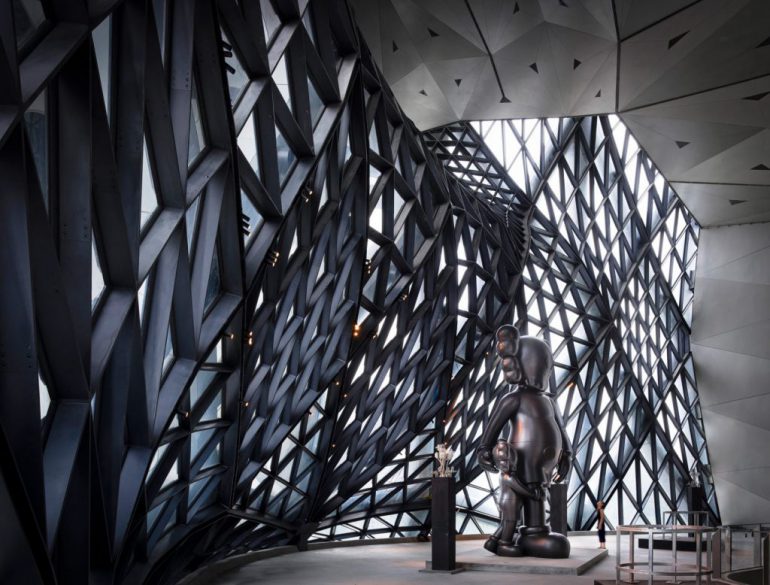