To provide the best possible service, we use cookies on this site. Continuing the navigation you consent to use them. Read more.
PROJECTS
·3 December 2020 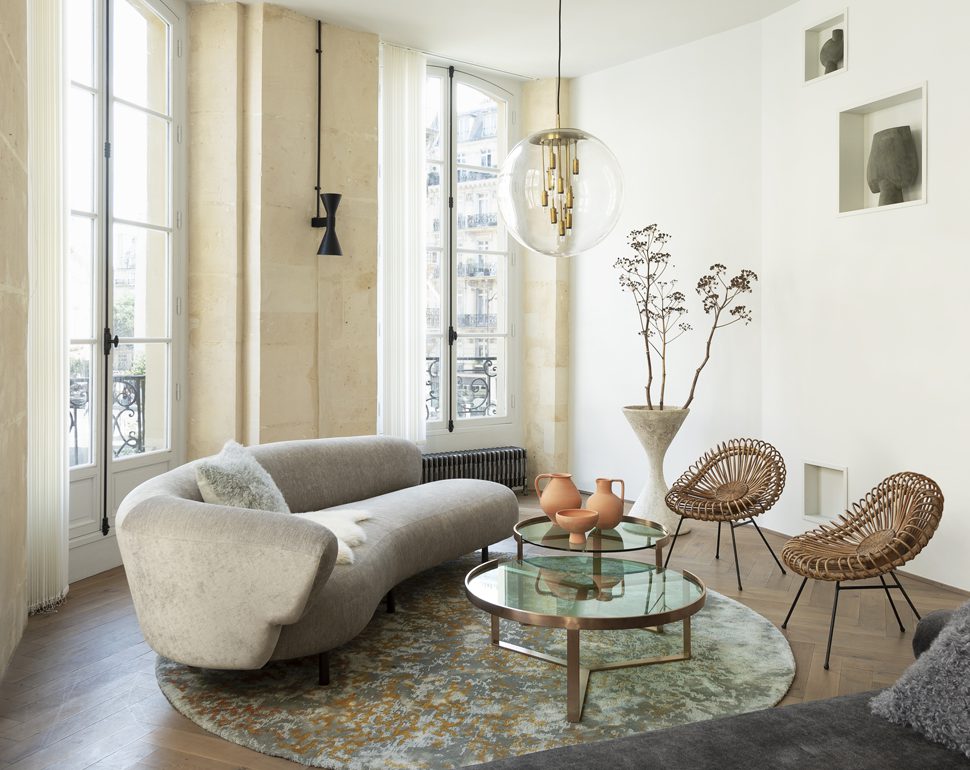 The Monsieur Etienne project, developed by the Parisian architectural studio Atelier Du Pont, consists of the renovation of a flat located on Via Etienne Marcel in the second arrondissement of Paris, in a radically chic neighbourhood.

The flat has been redesigned as a single room with no doors or other kinds of division, typical of more traditional arrangements.
In order to define the different areas of the house and provide private spaces, swivel screens and wooden cube structures have been positioned.
A long series of large windows allows magnificent lighting in the flat, also bringing light to the furniture custom-created for this space.
To emphasize this sense of lighting, the materials used have also been carefully chosen: wood, terrazzo stone and bare Paris stone create the uniqueness of the whole.
Monsieur Etienne becomes a project transversal in time and space, cradled in the heart of the Parisian city.

The creator of the Monsieur Etienne project is the team of Atelier Du Pont in Paris, born from the partnership of Anne-Cécile Comar and Philippe Croisier in 1997. The studio includes architects and interior designers of various origins and backgrounds, who have developed numerous public and private projects both within France and abroad.
The firm boasts numerous awards, including international ones, and is widely recognised for their contemporary and high-level creations. 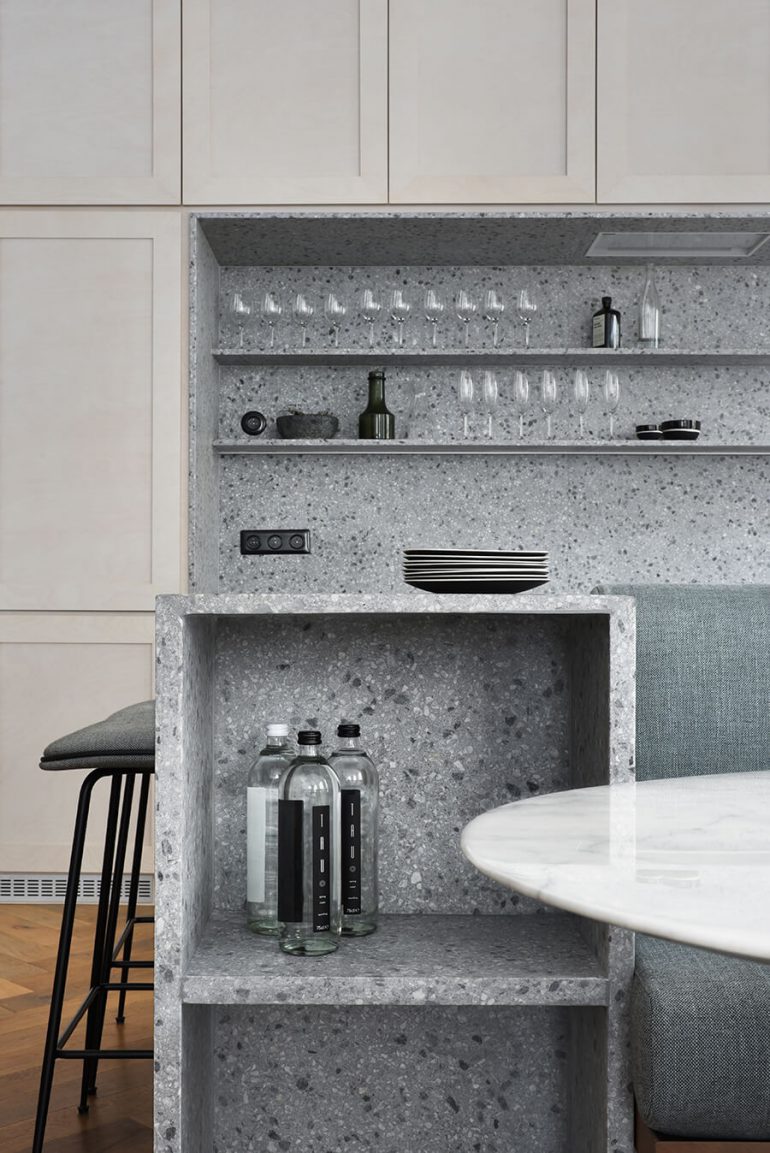 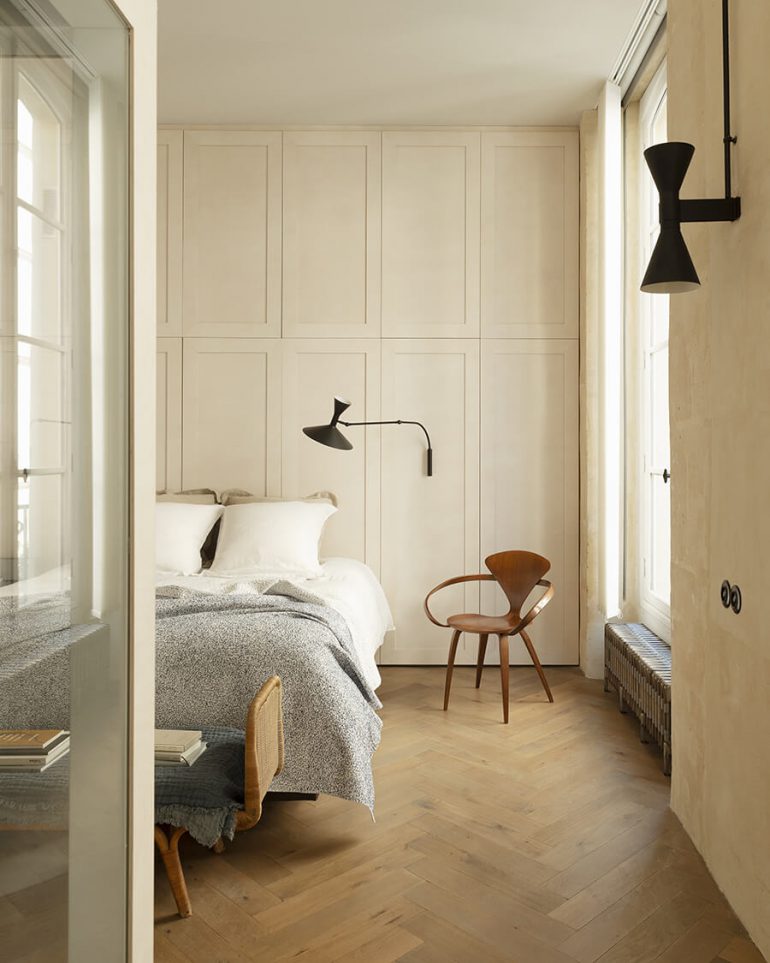 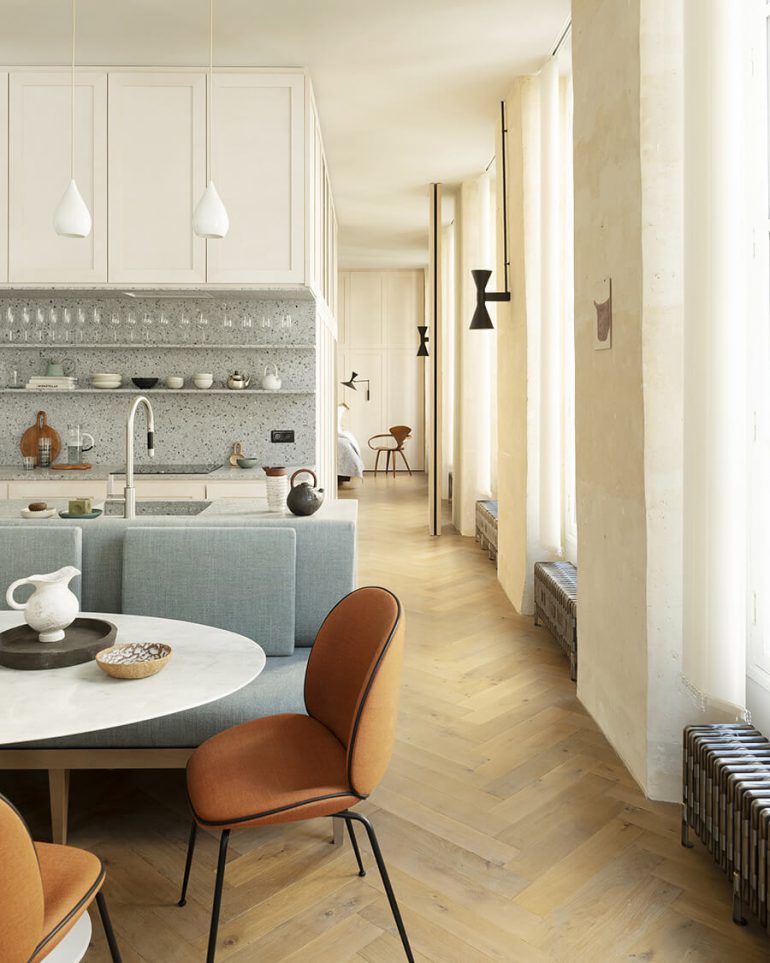 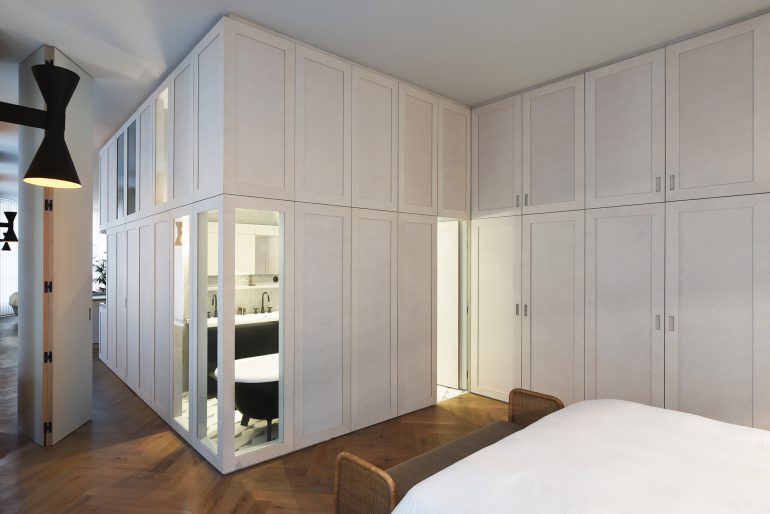 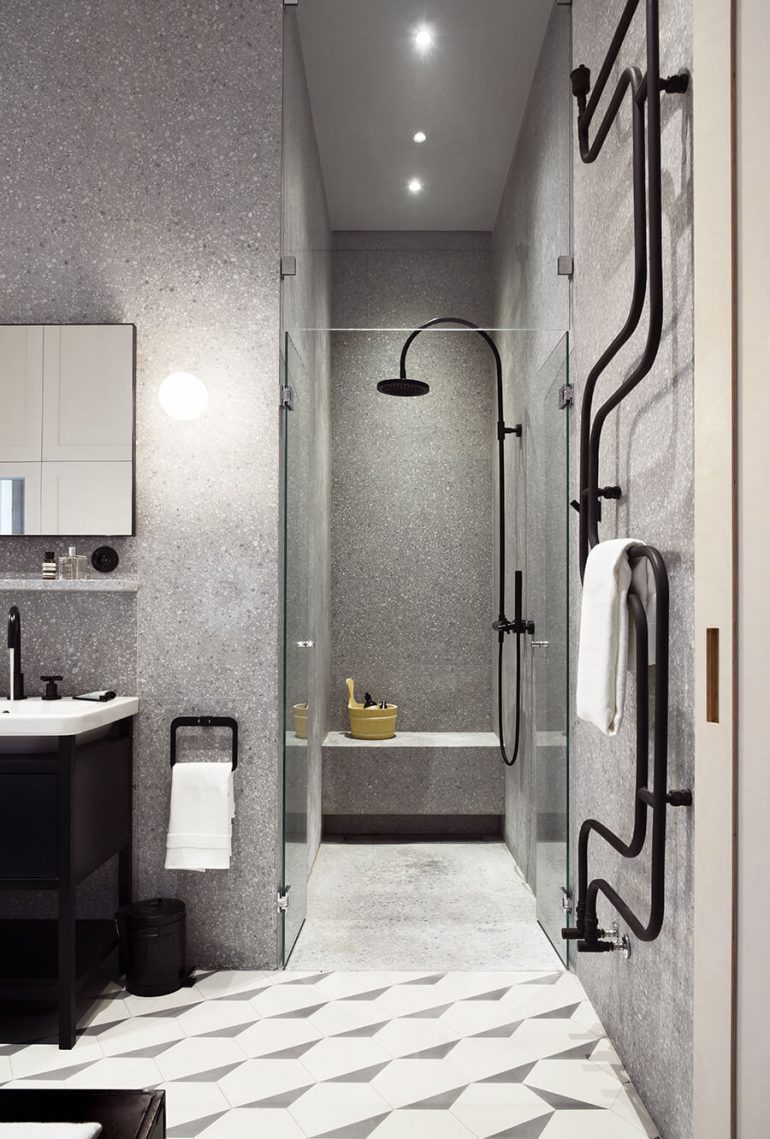