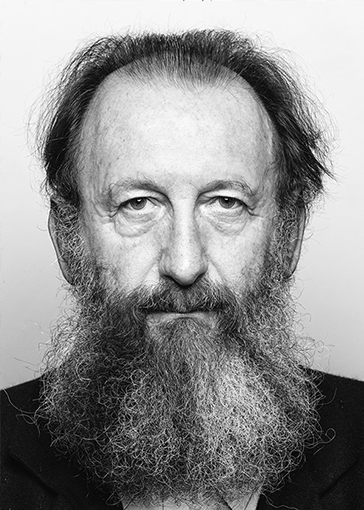 t’s the little differences that build the “meaning” and a strong symbolic reference is necessary to create identity.

In his studio, surrounded by the wood of the floor, the ceiling, the furniture, architectural maquettes and picture frames, we start talking to Michele De Lucchi about this material that is everywhere.
“I like using it” says Michele “because it is the most suitable material for representing temporariness as opposed to permanence.
Even with the Soprintendenze, when I wanted to do something bold and even violent, I suggested doing it in wood and it was accepted. In fact, wood suggests something of a temporary nature, that can be reversed. I’m interested in a natural surface which preserves within itself the flavour of the time that passes.

LB Today you are considered one of the contemporary masters; who were your points of reference when you started your career?
MDL There were two significant characters, with two significant names: Ettore e Achille (Ettore Sottsass and Achille Castiglioni). They taught me different things that were sometimes diametrically opposite; two ways of approaching design.
Ettore worked by addition, like in children’s games, putting one piece on another, with pencil in hand. Achille would come to a dead stop with a pencil; he loved to wander, to ramble. He taught me to follow mental paths with no hesitation, to be carried away by the irony in discussing apparently marginal aspects and details, such as glossy or matte, on one material, without a fixed goal.
Wood as a material, the pleasure of using it for its own identity, is part of this process of searching. The “San Girolamo” bookcase was designed by Olivetti Sinthesys at the end of the 1980s as an alternative to the Tecno “Nomos” , to that concept that was all steel, systemized, technological and industrialized. As a product it was little understood then; today it’s still sold by Poltrona Frau.

LB Innovative designs sometimes need time to be understood. After that quality design resists the passing of time; your “Tolomeo” lamp for Artemide has been successful for decades.
MDL Design should respond to the need to represent a symbolic, not just a functional value, and to resist as timelessly as possible. By this I don’t mean that the kind of design that expresses immediacy is not also a quality design, but that the two qualities are not alternatives, they represent two aspects of “doing” that must be set in time but also go beyond it.
For example, “Memphis” was a phenomenon that summed up a specific period in time and it had the merit of expressing the needs, even the formal ones, of a particular moment. Certainly, from a distance it seems dated, but there was then the evident need to be completely modern.

LB This attitude is the fate of us Italians who, after Futurism, have this fundamental need to be modern and unconventional, and critical.
MDL Yes, that’s an interesting observation, linking events related to industrial production to our artistic tradition.

LB You mentioned Memphis, what was your relationship with that period and that movement?
MDL I’m not Memphis, I must say. However, in those years I was effectively possessed by Ettore, I was dominated by him and everything he did. I ate, wrote and thought like him. In effect he was my teacher even if he didn’t want to be considered as such in the least. He definitely didn’t want to be a teacher. He was a poet.

LB How did you come to meet him?
MDL I went to study architecture in Firenze, most concerned about the fact that it was a very technical subject and that I should have to learn formulas and complicated systems. On the train going to University, I found a copy of Casabella with a picture of Ettore Sottsass on the cover who was talking about “The planet as a festival”. Immediately I understood that everything was much simpler and it was really interesting. It was enough to look at the world from that point of view. As Seneca said “know how to put things in the mind’s eye”. So looking at the world in that way opened up new perspectives for me.
My time in the city from 1969 to 1975, meant that I got to know a world which included people like Natalini, Branzi from Archizoom and everything that revolved around architecture and its related themes. Then it was Branzi who introduced me to Sottsass, in Milan.

LB What do you think of that period, and the whole debate which seemed to set the masters of Italian industrial design like Zanuso, Magistretti and Castiglioni against the Memphis group?
MDL l never saw it as a divided world. Perhaps this confrontation was over-emphasized from outside in order to highlight the differences, but even within there were serious contrasts between Sottsass and Mendini, between Sottsass and Branzi, but confrontation is part of our lifeblood. What was one of the basic values of the movement was the intention of taking a debate and discussions to extremes in order to visualize alternative solutions. What I think is important is to always have the chance to think about the meaning of things.

LB From the outside, efforts were made to counter a design linked to industry with that activity that was supposed to be less dominated by the industrial world, but which ended up by being perhaps even more elitist…
MDL You end up setting industry against craftsmanship, but the two activities are closely interconnected. In actual fact, today, they represent two faces of the same coin: even those industries that pay close attention to market distribution, like Hermes, Baccarat and Sevres, with whom I have recently established partnerships, are in reality closely connected to handmade production and they are concerned that their products can be repaired. The turnover of these companies reach several billion Euros, and yet they think up products in which handicraft skills and production are highly valued.

LB In this sense we have a lot to learn in terms of identifying growth opportunities for Italian businesses…
MDL We should learn to make use of the “story”. The French are masters at this; they manage to make a memorable tale out of every piece executed.

LB It’s possible in this to recognize a long tradition with the impetus given to large State manufacturers, that anticipated industrial production processes…
MDL …and with the tradition of the Encyclopédie, where a systematic reasoning about the world allows the construction of a framework for techniques and knowledge, language and function.

LB Processes start from a distance… what hope do you see for Italy today, in this context?
MDL I believe that this moment is a tremendous opportunity for our country. I see an attempt to create a shared system which will allow all the individuals involved to create a dialogue between them. This route is dangerous and difficult, but there is the chance of getting to a system of direct democracy, which while giving up on in-depth skills, is attempting to reach shared objectives. In this urgent search for a common denominator, skills are surrendered, because it’s too difficult to achieve, compared with the average requests, but we are approaching a design for working positively on all the individual levels and doing so in such a way that everybody can co-exist. This is a tremendous objective. Dialectics are important. I always cite the example of research by entomologists into the organization of anthills: the most part are worker ants, a few of them are dedicated to procreation, some to the management of stores, some to safety and others are saboteurs. This critical part is healthy and keeps the organism alive because it allows unexpected evolution, lateral wastage. It is essential to constantly have an alternative unorthodox point of view, there’s no virtue without vice.

LB In your work you’ve done a lot of things by now; what appeals to you most, designing buildings, installations, objects, or is everything part of a single approach?
MDL What matters is the search for a deeper meaning. I’m an architect and I’m interested in creating things to exist in the world. For architecture to have meaning it must appeal to deeper messages that can be recognized as common.
I learned a lot working for years in Georgia (from 2006 to 2013), were I had to be able to interpret their need to distinguish themselves from Russia and at the same time I was aware that architecture can also become a bridge for peace. I understood that it is important to create artefacts in which people can recognize their own peculiarities.
Ultimately it’s all down to the same thing: we want to be different, unique and recognized as such. It also happens with me and my twin brother. After years, the beard that identifies me becomes a way of asserting my being different to him. It’s the little differences that build the “meaning” and a strong symbolic reference is necessary to create identity. In Milan, in Piazza Gae Aulenti, with a recent project, I chose the symbolic form of a sprouting seed, because it was able to convey a story understandable by everyone…
Ettore really worked using metaphors.
Ultimately I owe him a lot. In 1988 he handed over to me as artistic director for design at Olivetti and this gave me an interlocutor of tremendous scope. Olivetti was everything to me; I was able to create offices, equipment, products, packaging and also establish contacts and relationships with future important clients. 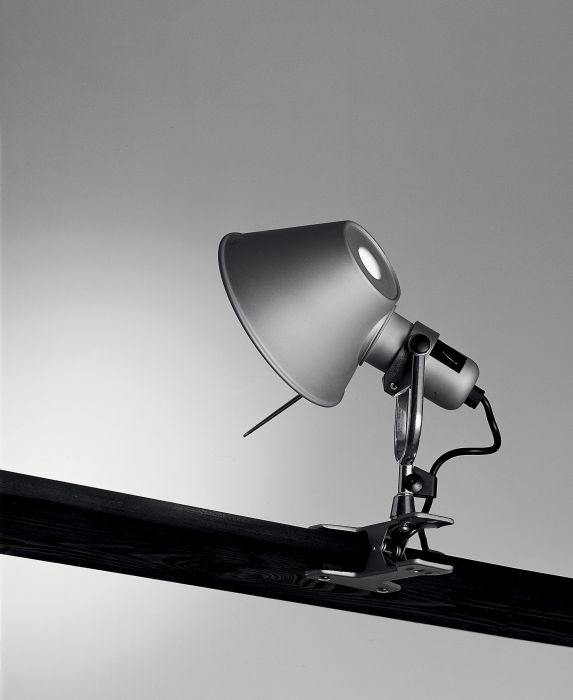 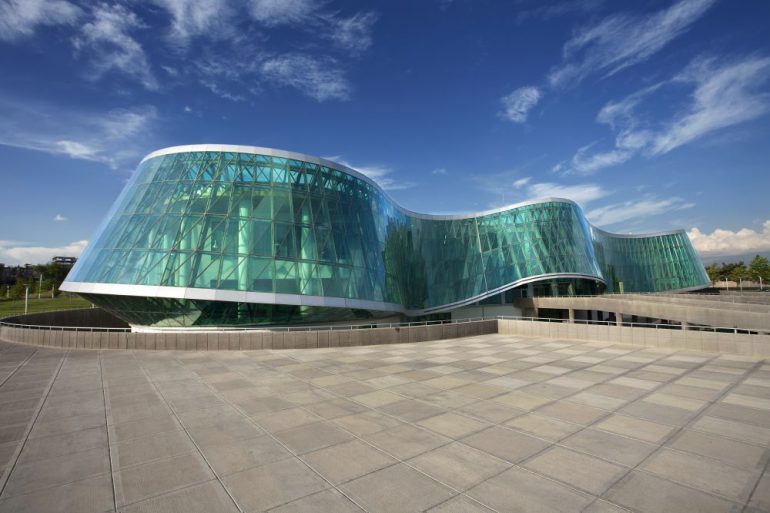 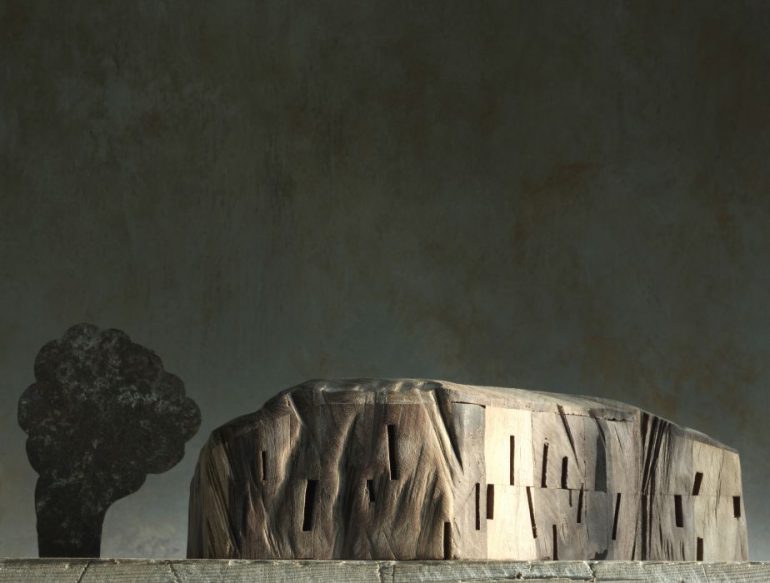