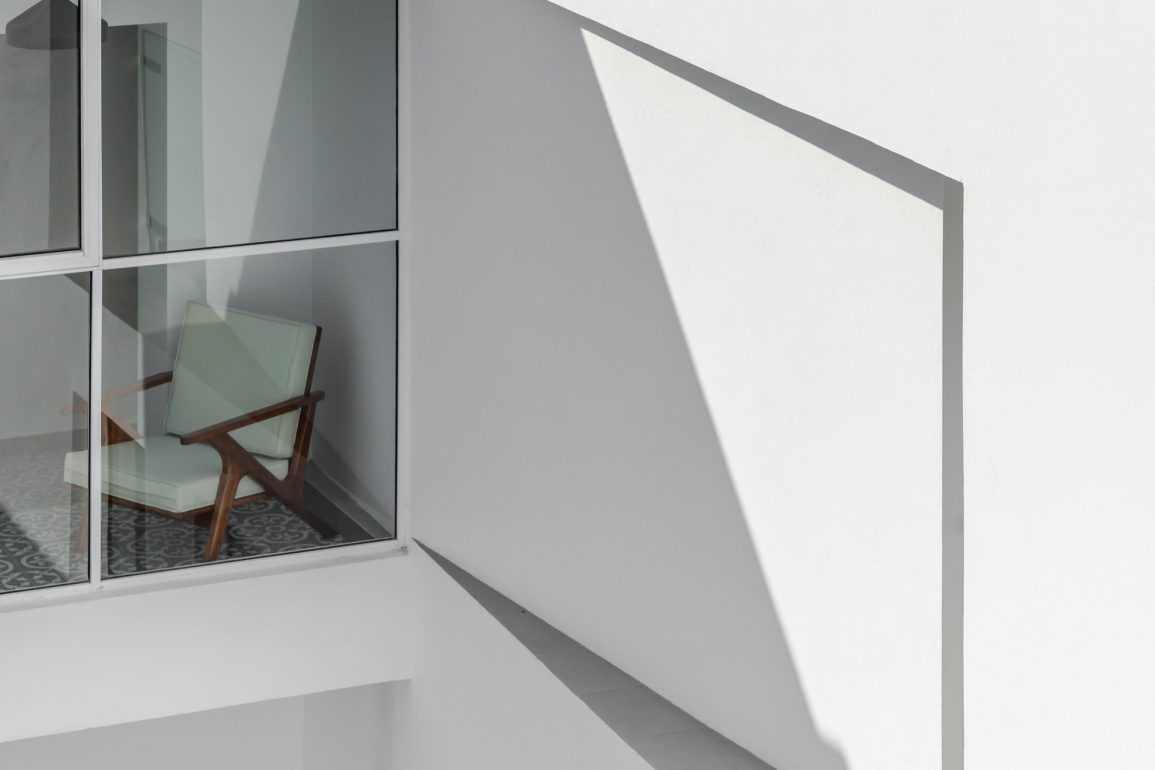 Mar Mediterráneo 34 is one of the recent projects by Venezuelan architect Inca Hernández, who, after working with some of the most renowned architectural firms, has set up his own company, creating developments in the vast territories of Mexico, Venezuela, Colombia and Italy.

The project was born in the historical setting of Mexico City, in one of the richest districts in terms of cultural and architectural heritage: Tacuba.
Over time, this area north-west of the centre has undergone social and urban transformations that have lasted until today, leaving vestiges forged at different times. These include the Mar Mediterráneo 34 house, built in 1910 in an eclectic French style belonging to the Porfiriato era. It currently holds historical value from the National Institute of Fine Arts and the National Institute of Anthropology and History.

The architect aimed to give new life to this building designed in two volumes, in which the first incorporates the main façade while the second has a view of the main patio, although both were in an advanced state of deterioration and the second volume was in ruins.

The project implements the restoration and intervention on the original elements of the structure; the spaces are renewed with artistic and craftsmanship details recovered from the main façade, such as the carved balconies and lintels, iron railings, large windows and glass tiles, with the intention of rehabilitating the urban image.

The interior is reconstructed by reinterpreting the past in a contemporary key. Volumes rise in the main patio, while old portals create intermittent light and shadow from the double-height ground floor, becoming a solid element of introspective architecture.
The harmonious connection between the two eras is also reflected at the entrance, where we find a volcanic stone skirting that surrounds the ground floor.

Once restored, the house has three levels with seven flats, flexible spaces including lofts, family studio flats and penthouse flats, which interact with views of the historic elements on the main patio and two additional courtyards of smaller proportions with a tree surrounded by a set of lattices that allow natural light to enter while maintaining a native essence.

This project encourages the enhancement of Tacuba and highlights its cultural heritage. 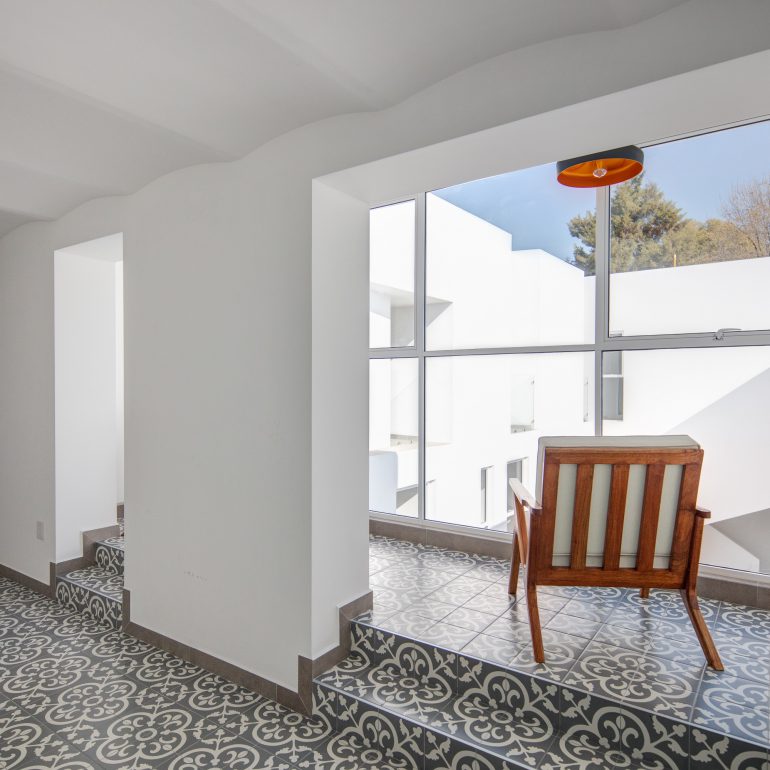 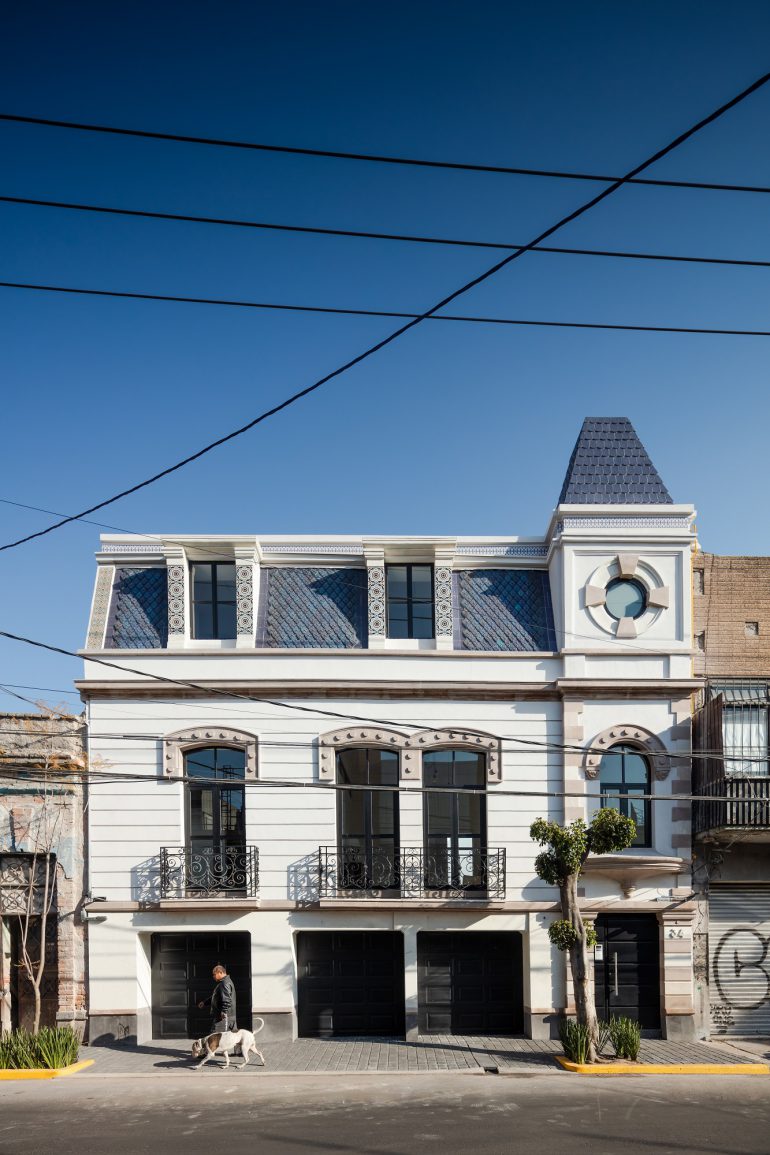 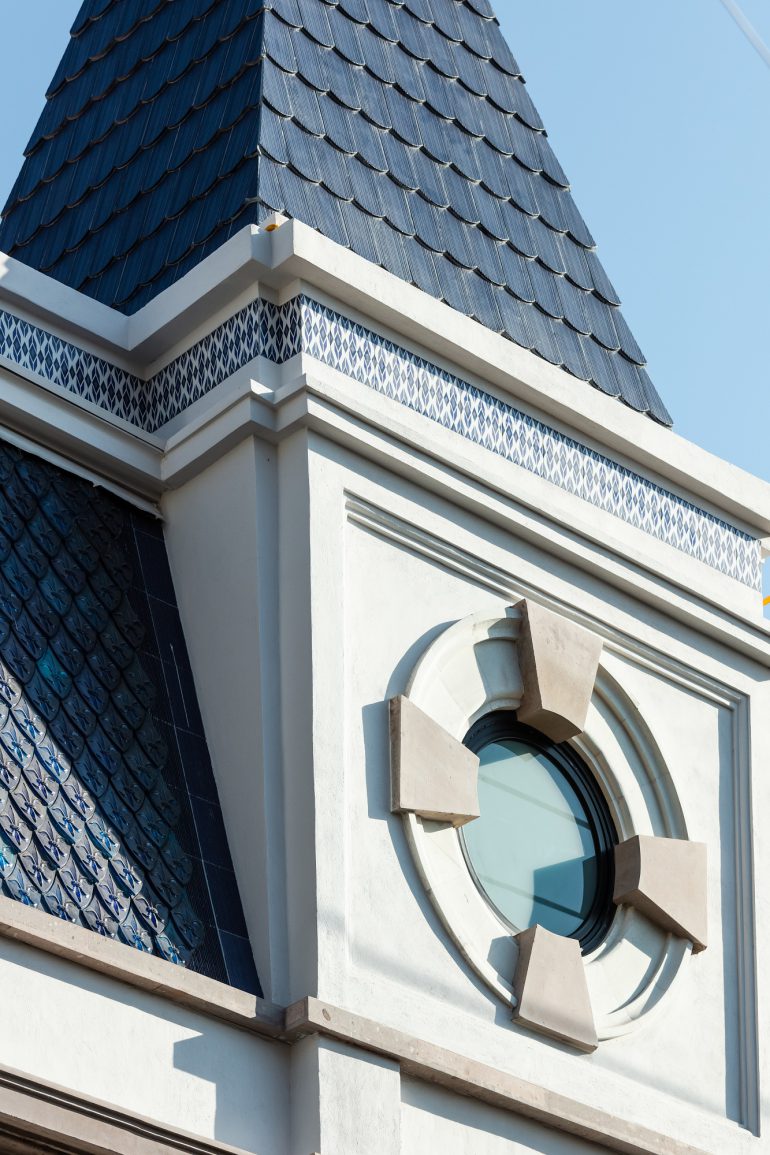 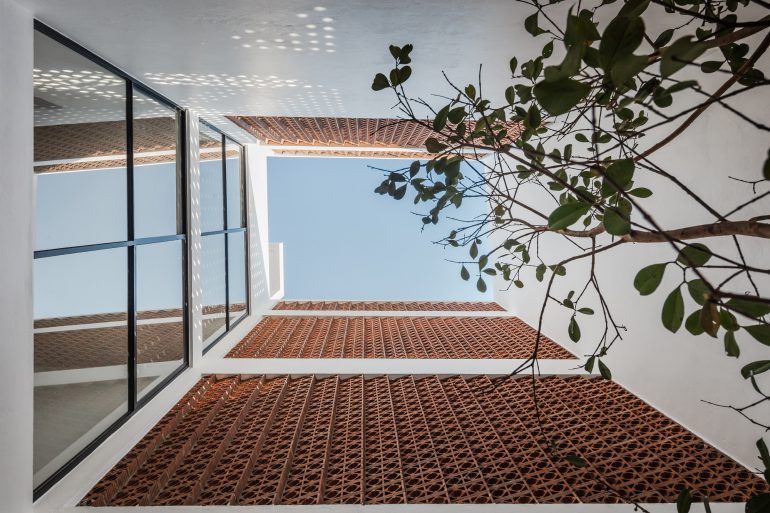 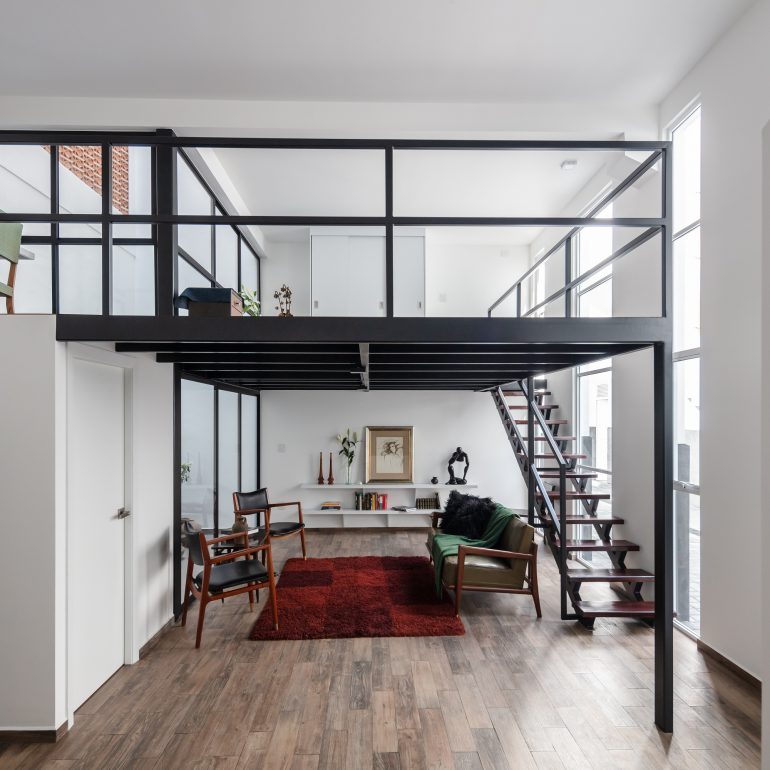 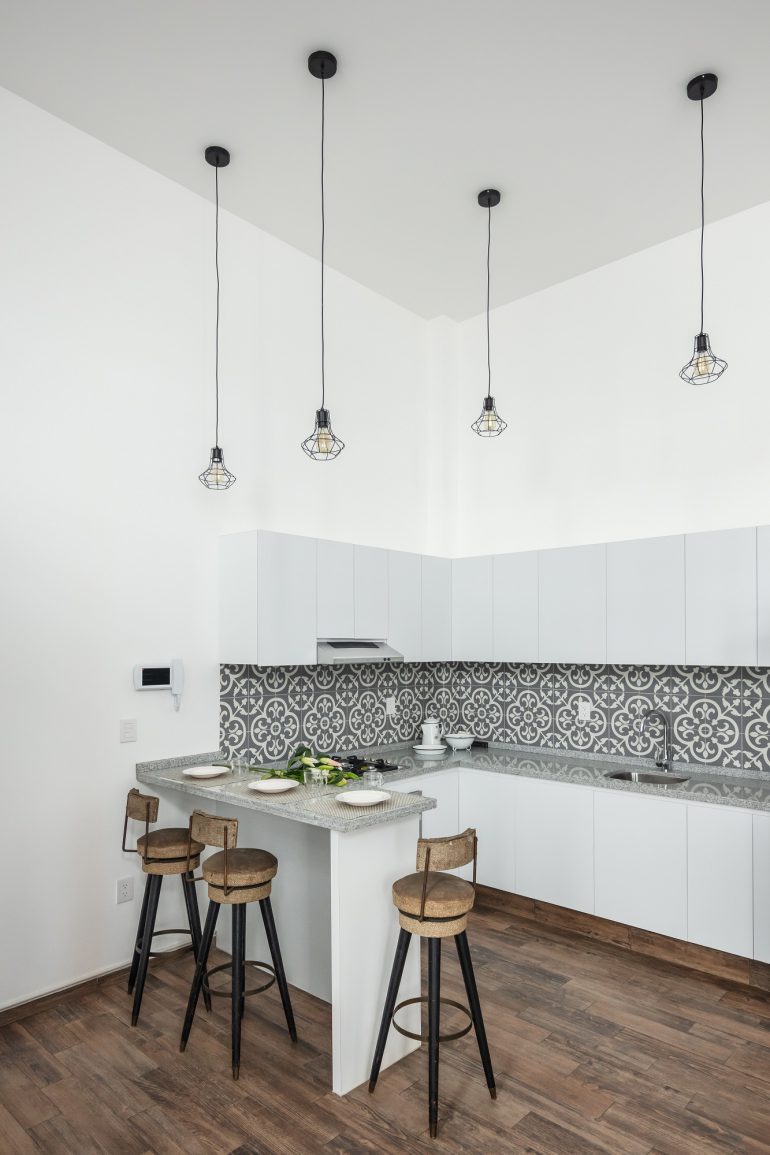 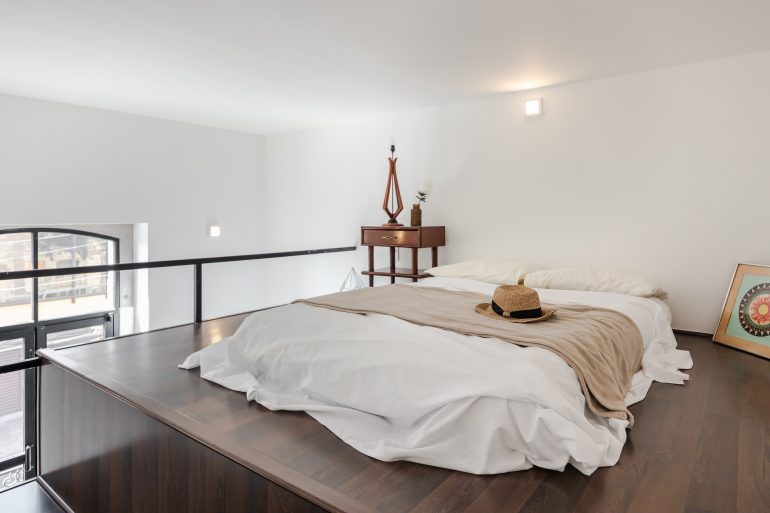 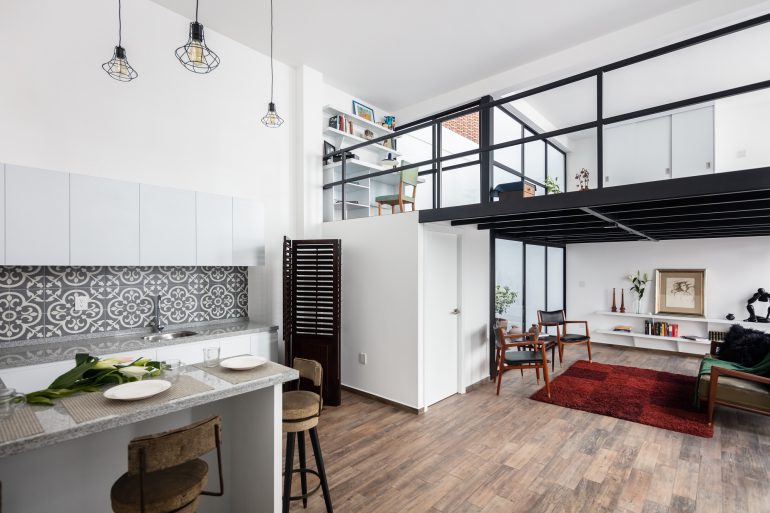