To provide the best possible service, we use cookies on this site. Continuing the navigation you consent to use them. Read more.
PROJECTS
·29 April 2019 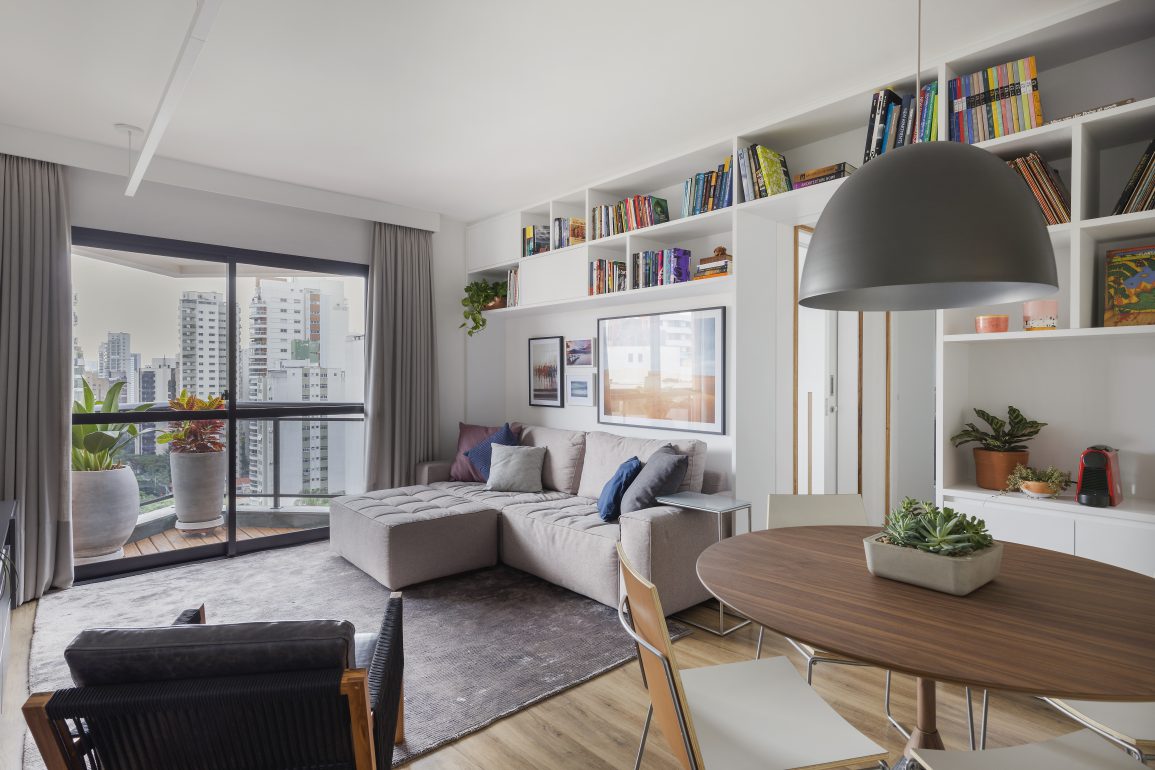 An apartment in São Paulo (Brazil) that would be inhabited in a short time – from the first meeting with the clients to delivery it takes less than 120 days -, prioritized a simple maintenance without major changes in the original layout. The proposal was to arrive at a beautiful and pleasant environment. With these premises, the brazilian office DMDV Arquitetos thought a project with a contemporary language, where predominate white, wood and gray added to items brought from travel around the world.

With the idea of modernizing the apartment with 60 m² – which included new coatings, carpentry and electrical part, but without drastic layout interventions – the couple that inhabits the property, and who receives their children on some weekends, has chosen to maintain a second bedroom in the apartment to receive them on those occasions. However, the work had a short time to be implemented. This limitation of time was conditioning for some solutions, like the choice of the vinyl floor instead of the solid wood, for example.

During the renovation, a diagonal wall was removed and it reduced the room. Conforming a rectangular environment privileging this space, which is the one of greater permanence in the day to day, the smaller room has been reduced. Used less frequently, it´s routinely used as an office and therefore has a sofa bed for the “visits” of the children. An interesting detail is the world map, where stickers point to the destinations of the world already visited by the couple.

Because they travel a lot, the cliente really like the ethnic décor and, therefore, the Nepal rug, the photo of the Holi Festival in India. Another appreciation is music and its enviable collection of vinyl records – to accommodate them, the DMDV designed small carpentry channels to expose some of those discs that can be changed routinely.

BIOGRAPHY
FOUNDED IN 2004 AND HEADQUARTERED IN SÃO PAULO, DMDV ARCHITECTS IS AN ARCHITECTURE AND CONSTRUCTION’S MANAGEMENT COMPANY LED BY THE ARCHITECTS ANDRÉ DIAS DANTAS, BRUNO VITORINO AND RENATO DALLA MARTA; ITS PROJECTS ARE SPREAD THROUGHOUT BRAZILIAN TERRITORY. RANGING FROM INTERIOR DESIGN TO URBAN PLANNING. 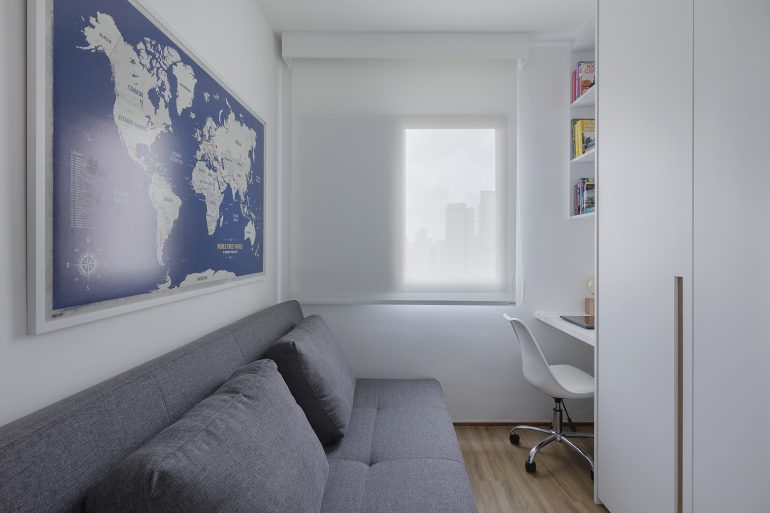 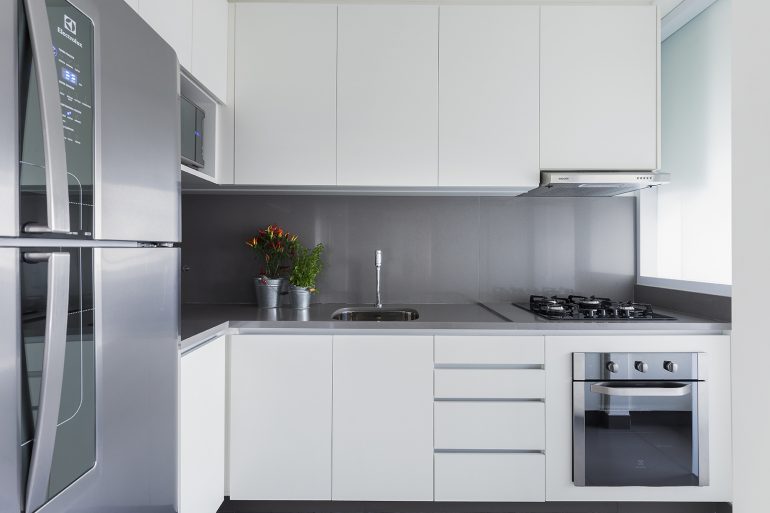 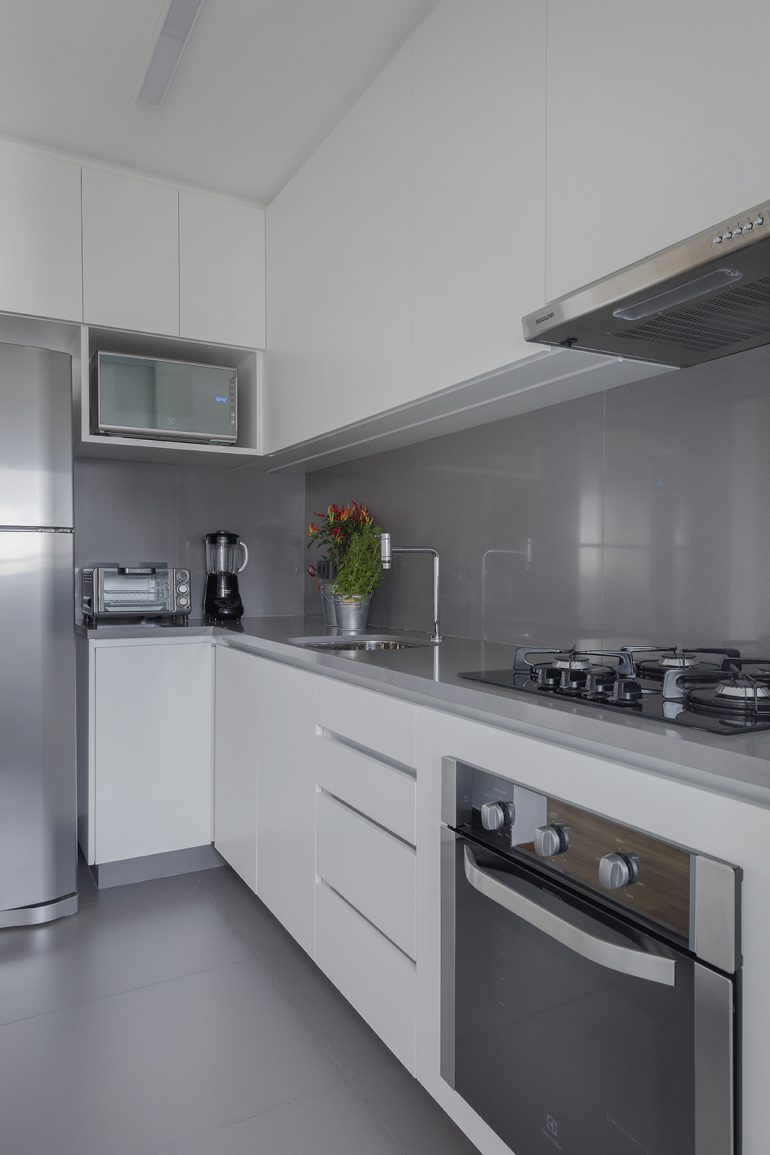 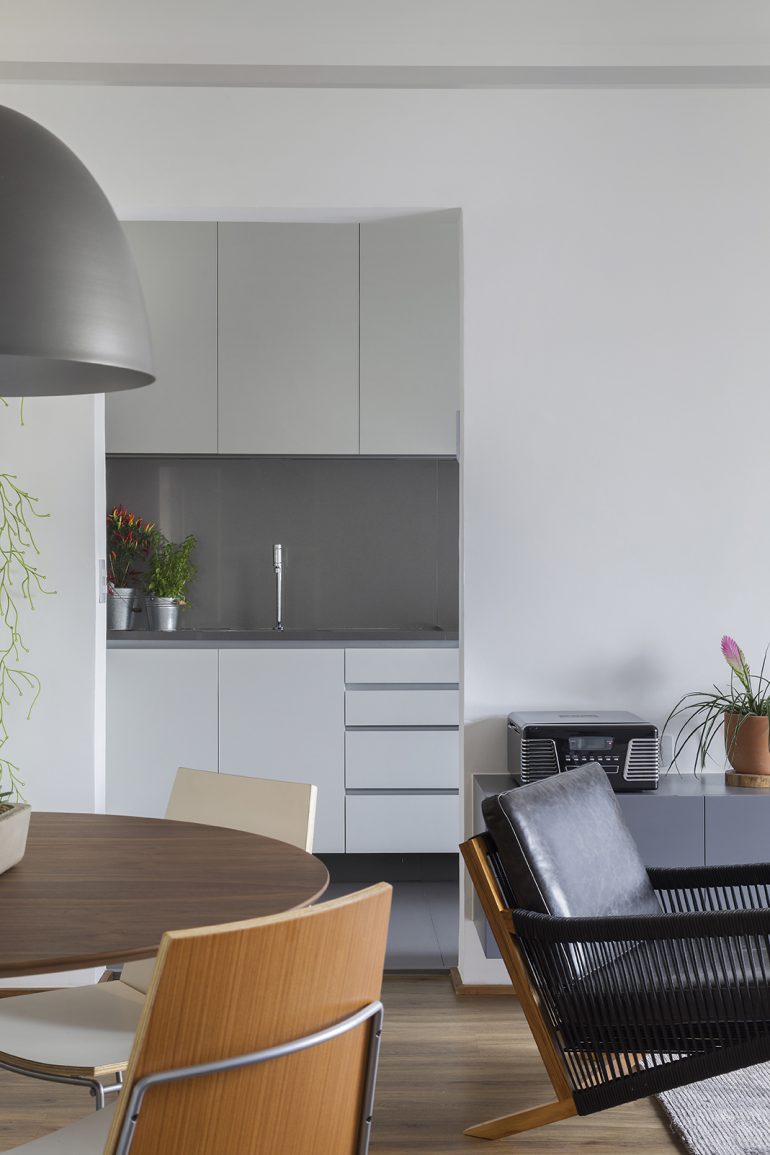 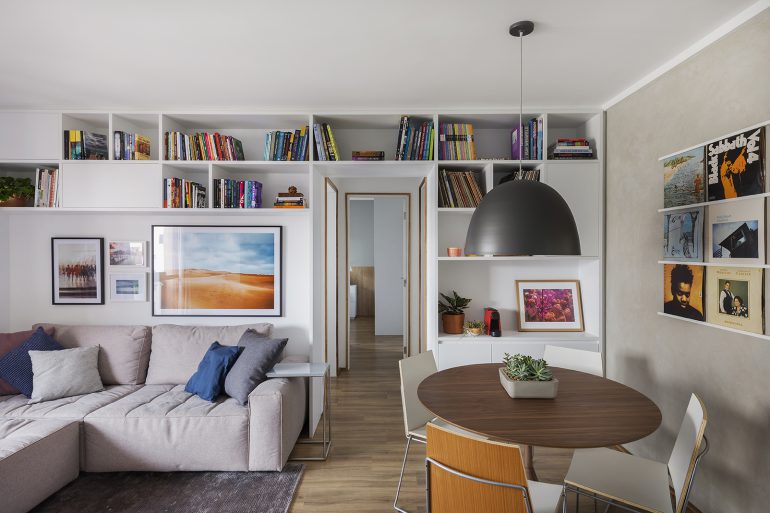 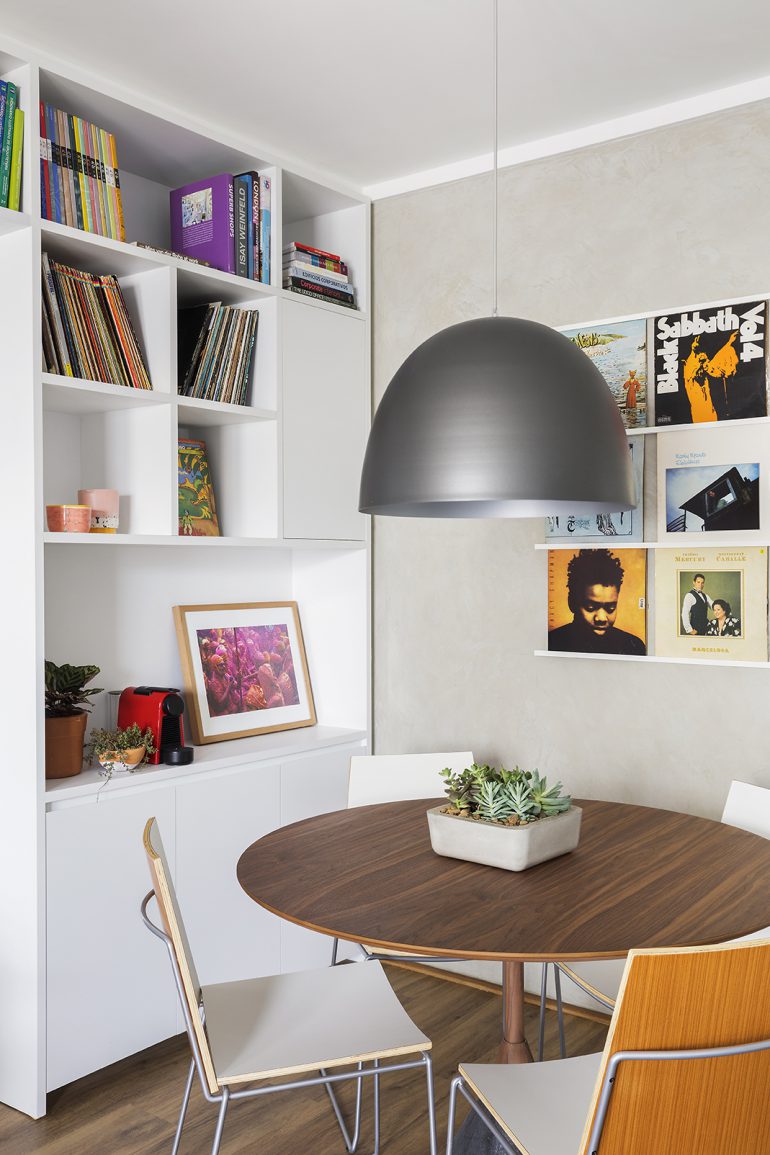 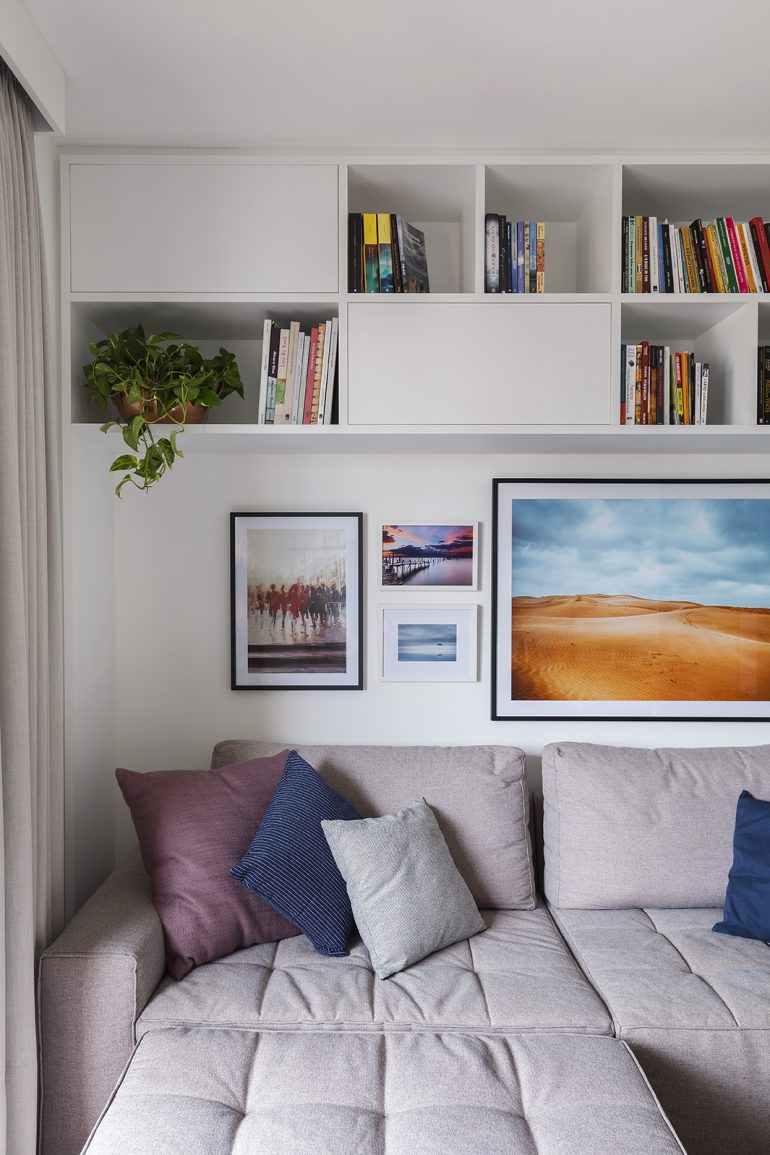 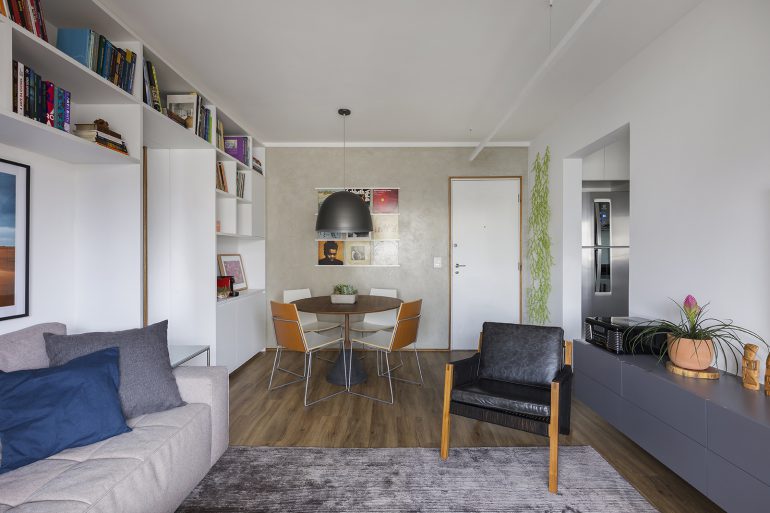 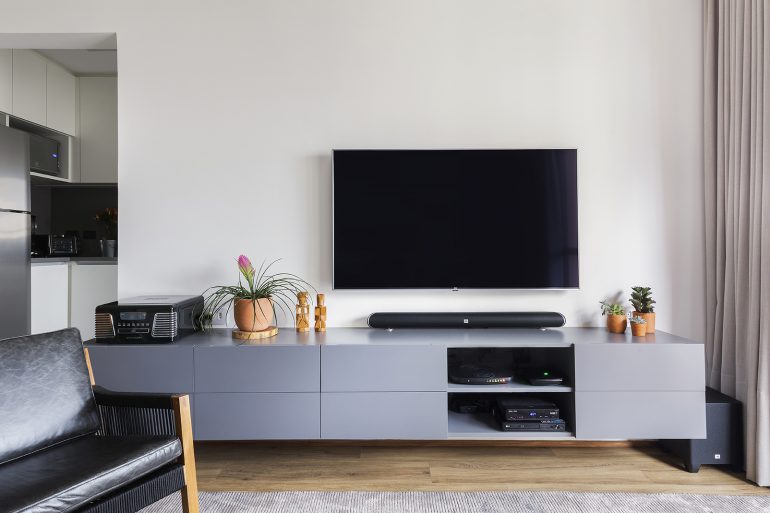 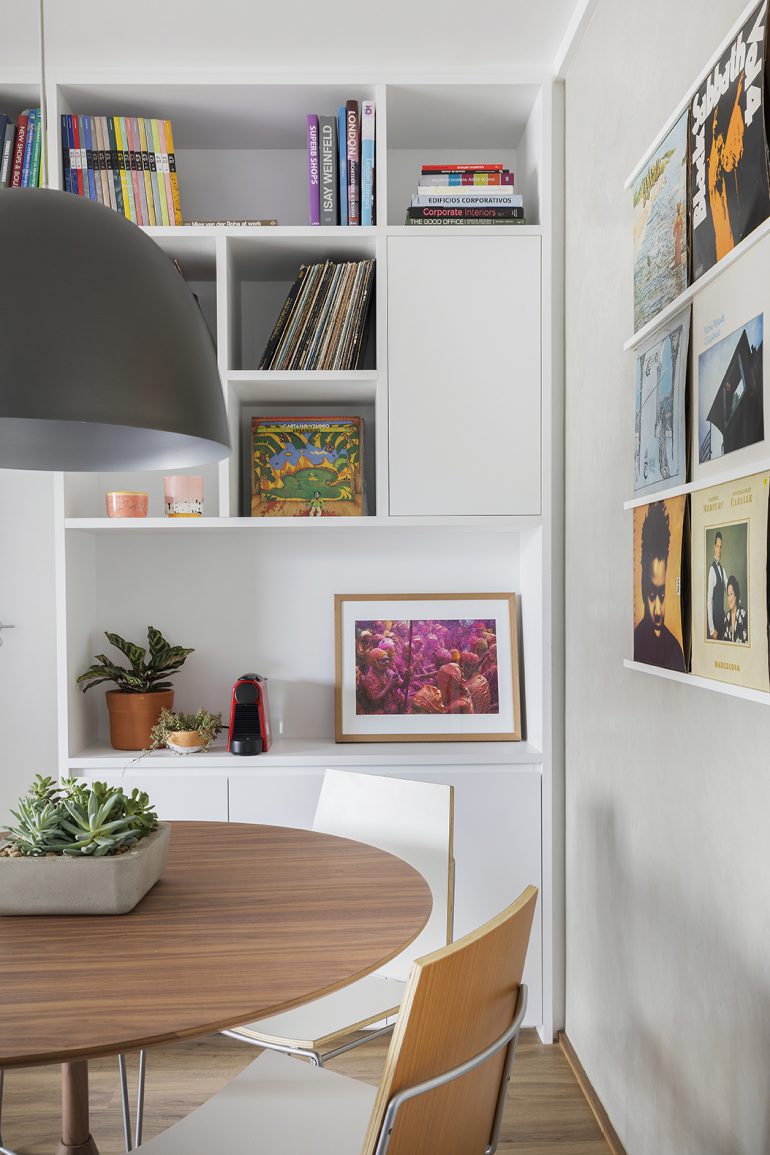 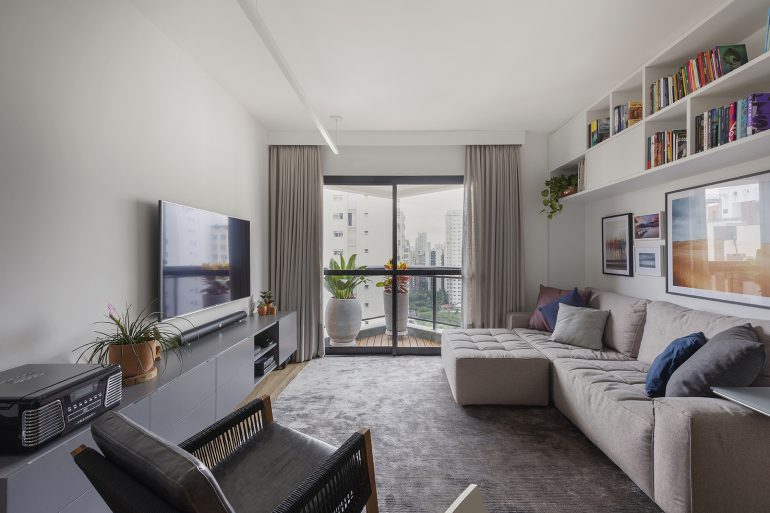 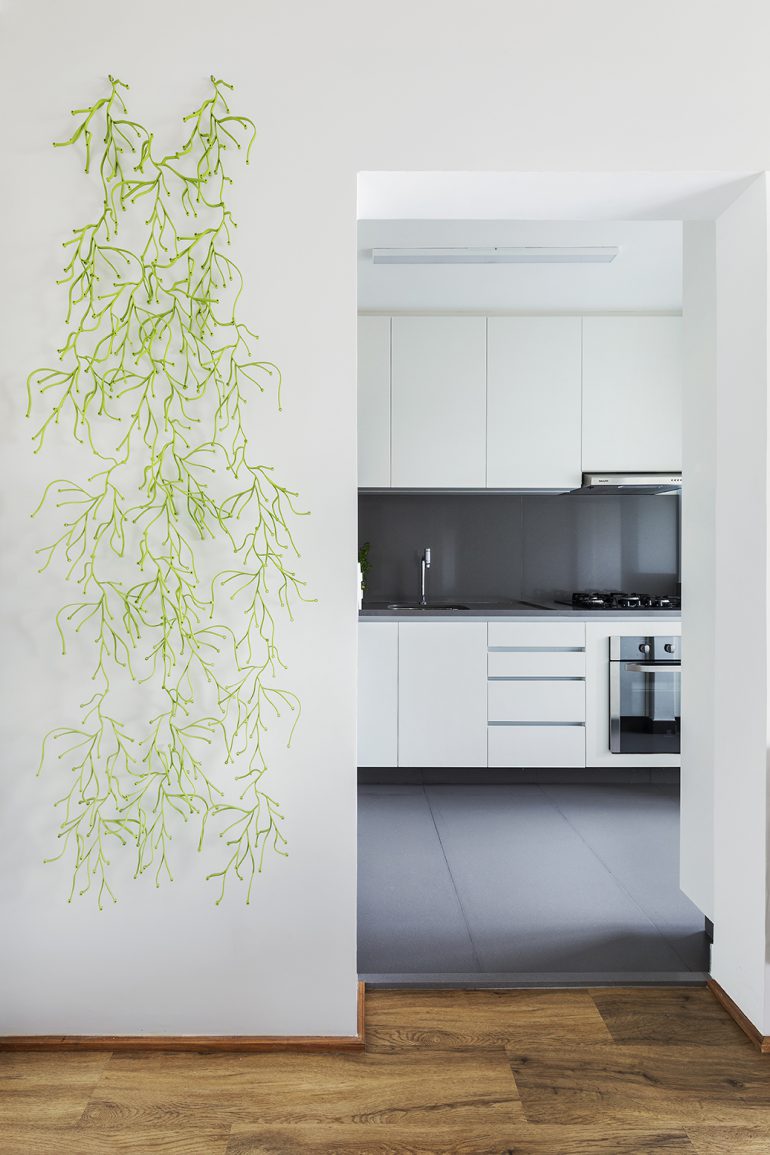 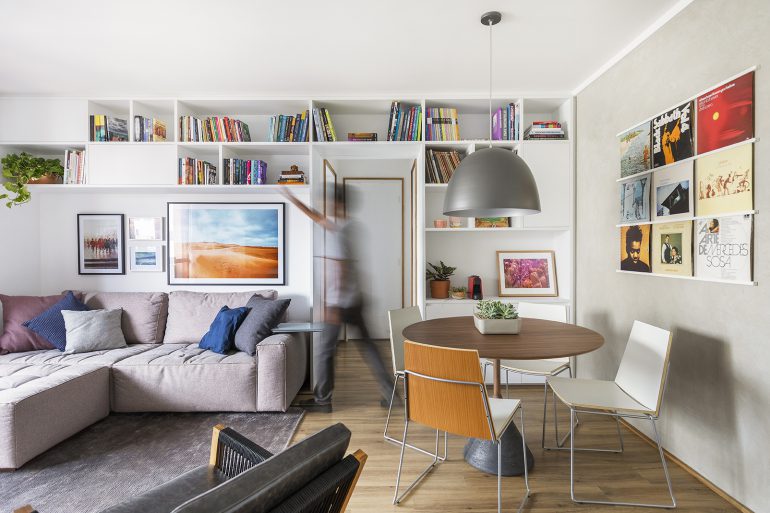 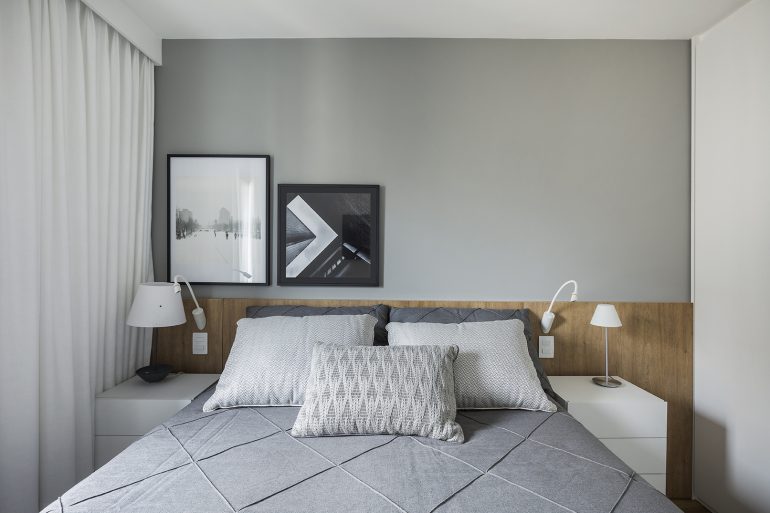 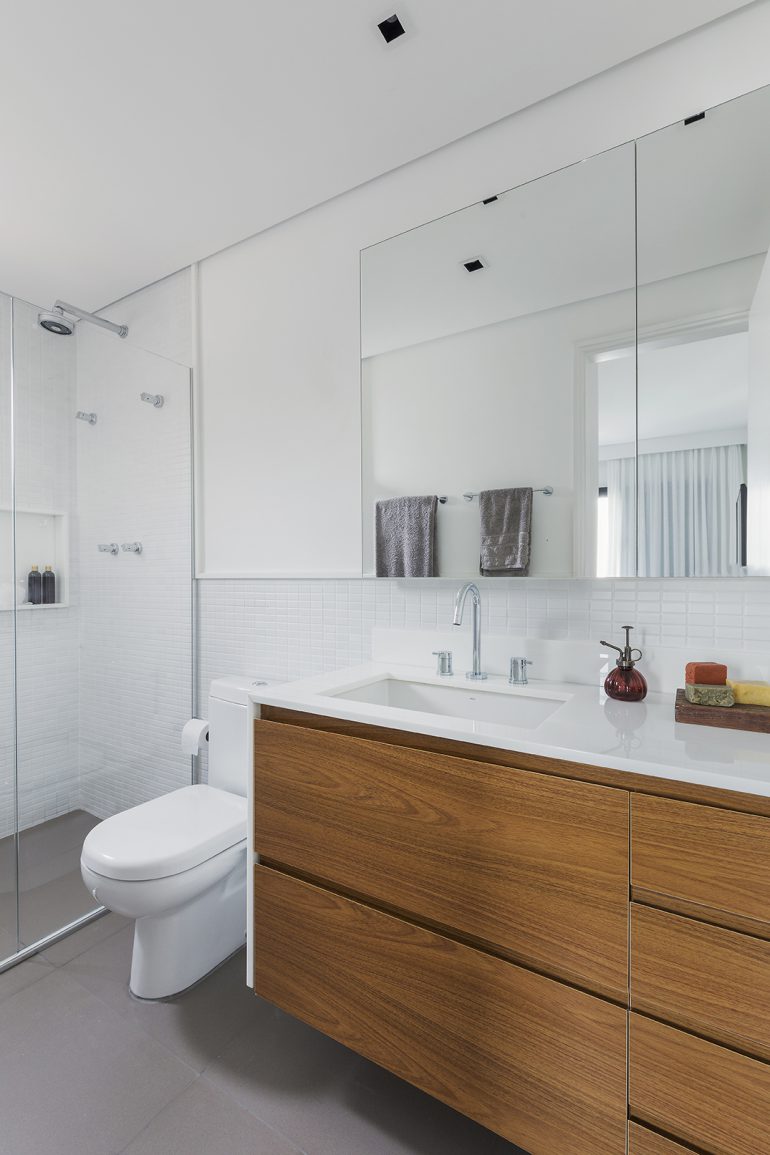 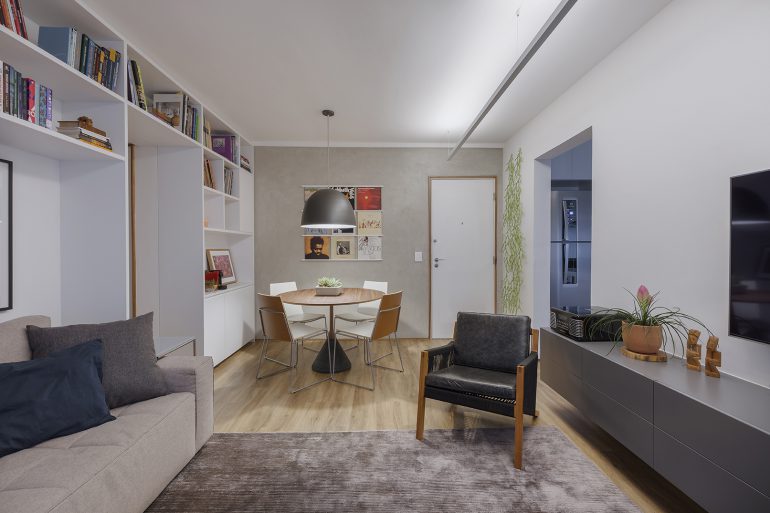 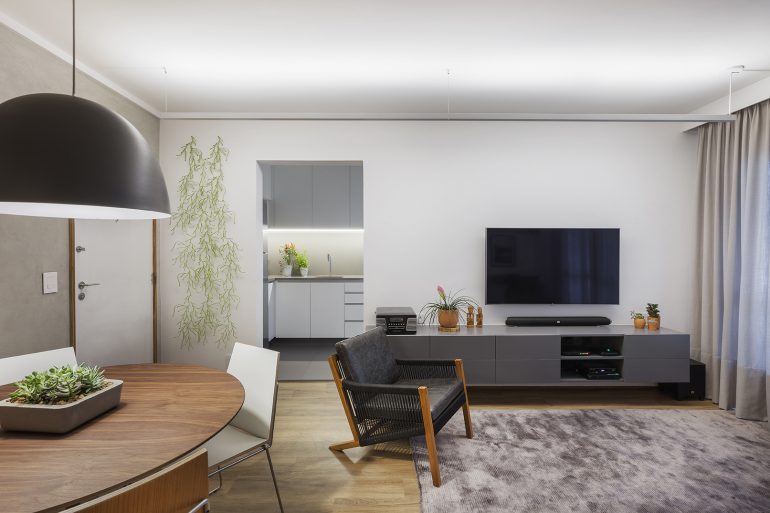 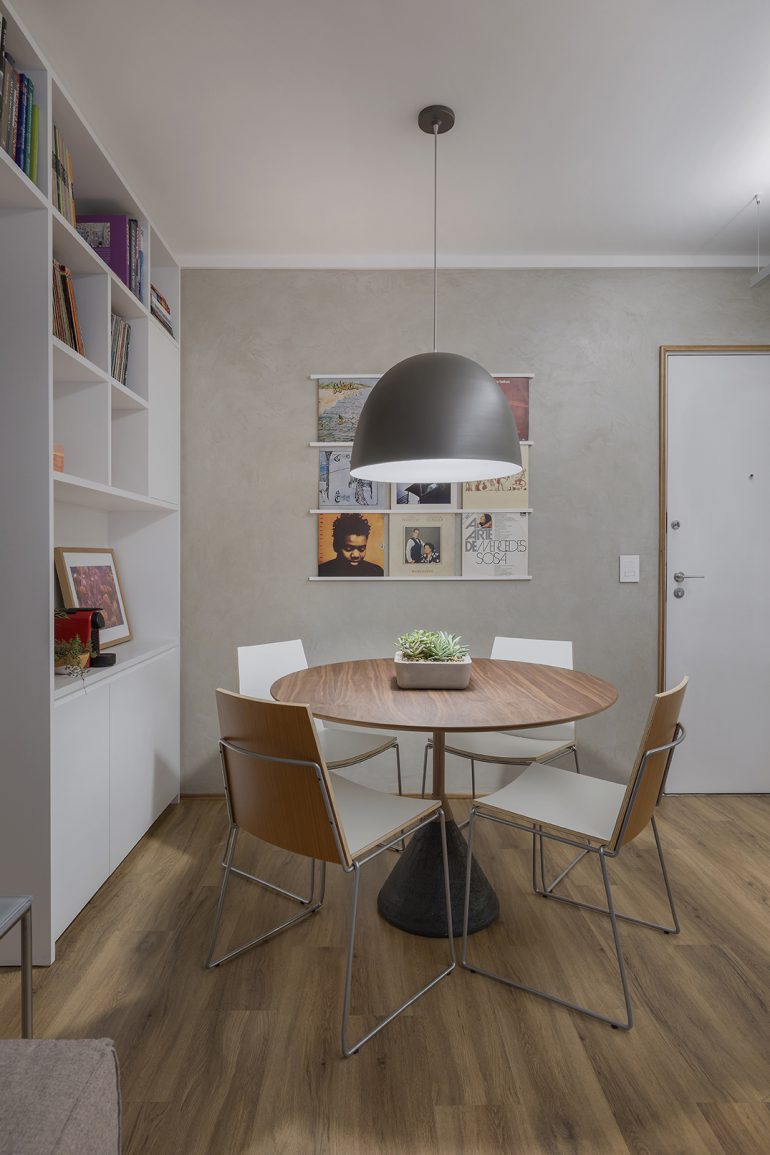