To provide the best possible service, we use cookies on this site. Continuing the navigation you consent to use them. Read more.
PROJECTS
·27 November 2019 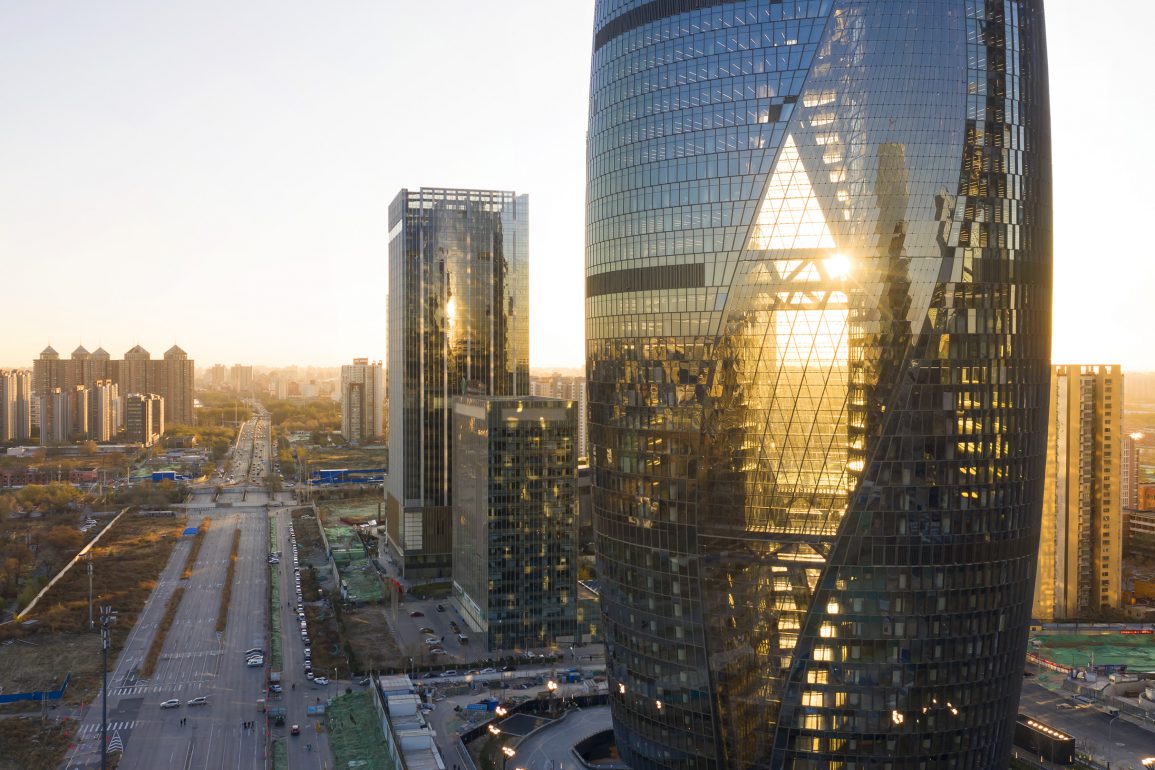 Located on Lize Road in southwest Beijing, Leeza SOHO tower anchors the new Fengtai business district – a growing financial and transport hub between the city centre and the recently opened Beijing Daxing International Airport to the south. The new business district is integral to Beijing’s multi-modal urban plan to accommodate growth without impacting existing infrastructure networks in the centre of the city.

This 45-storey 172,800m² tower responds to demand from small and medium-sized businesses in Beijing for flexible and efficient Grade A office space.

Adjacent to the business district’s rail station at the intersection of five new lines currently under construction on Beijing’s Subway network, Leeza SOHO’s site is diagonally dissected by an underground subway service tunnel.

Straddling this tunnel, the tower’s design divides its volume into two halves enclosed by a single facade shell. The emerging space between these two halves extends the full height of the tower, creating the world’s tallest atrium at 194.15m which rotates through the building as the tower rises to realign the upper floors with Lize road to the north.

This rotation of the atrium intertwines Leeza SOHO’s two halves in a dynamic ‘pas de deux’ with connecting skybridges on levels 13, 24, 35 and 45; its glaced facade giving panoramic views across the city.

Leeza SOHO’s atrium acts as a public square for the new business district, linking all spaces within the tower and providing varying views due to its twisting, sculptural form; creating a fantastic new civic space for Beijing that is directly connected to the city’s transport network.

The atrium brings natural light deep within the building, acting as a thermal chimney with an integrated ventilation system that maintains positive pressure at low level to limit air ingress and provides an effective clean air filtration process within the tower’s internal environment.

The two halves of the tower shade the atrium’s public spaces, while the double-insulated low-e glazing maintains a comfortable indoor environment in Beijing’s extreme weather conditions. With a u-value of 2.0 W/m²K, the glazing has a shading coefficient of 0.4. The tower’s overall external envelope u-value is 0.55 W/m²K.

At the forefront of 3D Building Information Modelling (BIM) in design, construction management and building operations, Zaha Hadid Architects and SOHO China have implemented proven technologies to reduce the energy consumption and emissions at each of their four collaborations, totalling 15 million square feet (1.4 million sq. m) of mixed-use urban space in Beijing and Shanghai. 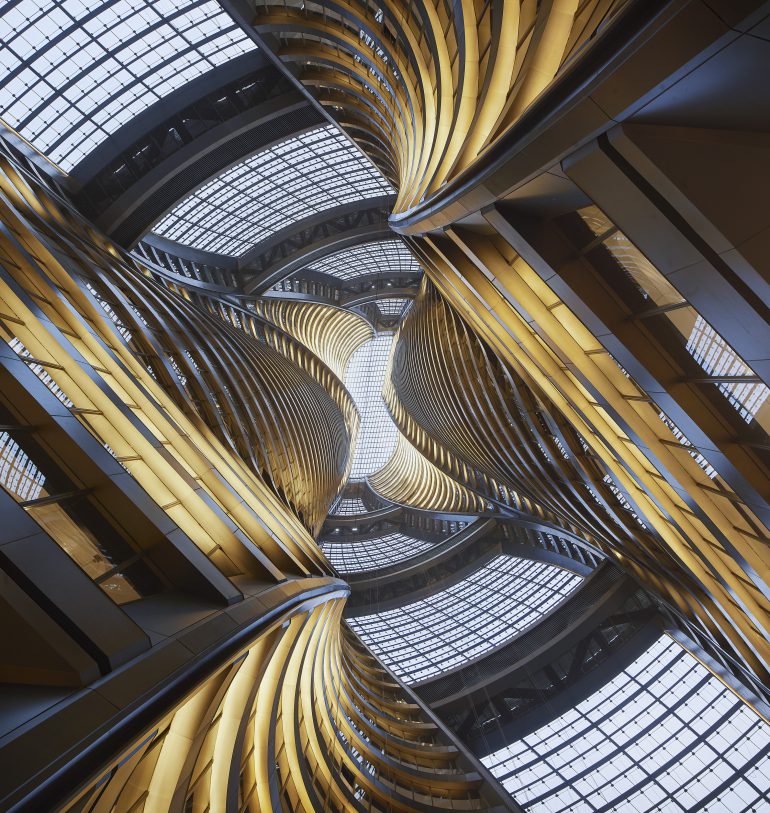 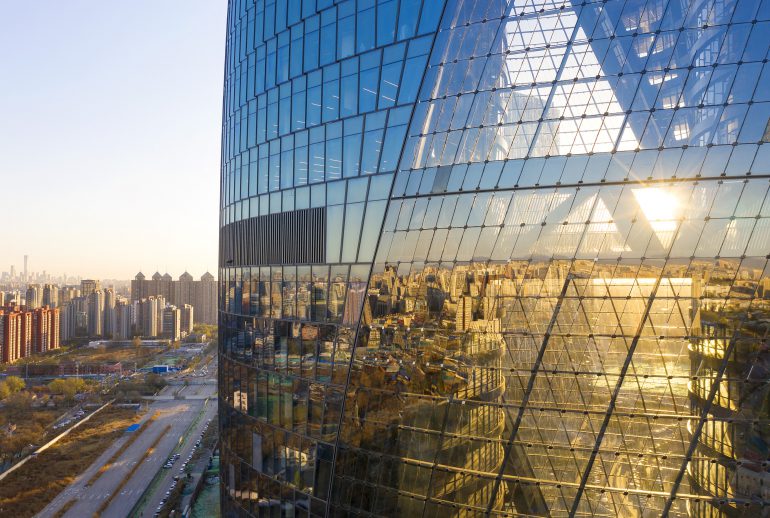 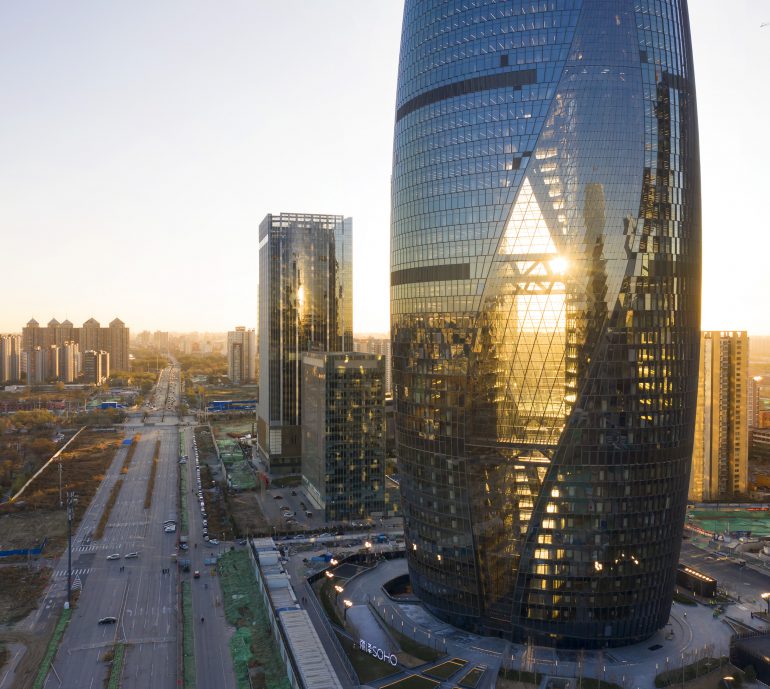 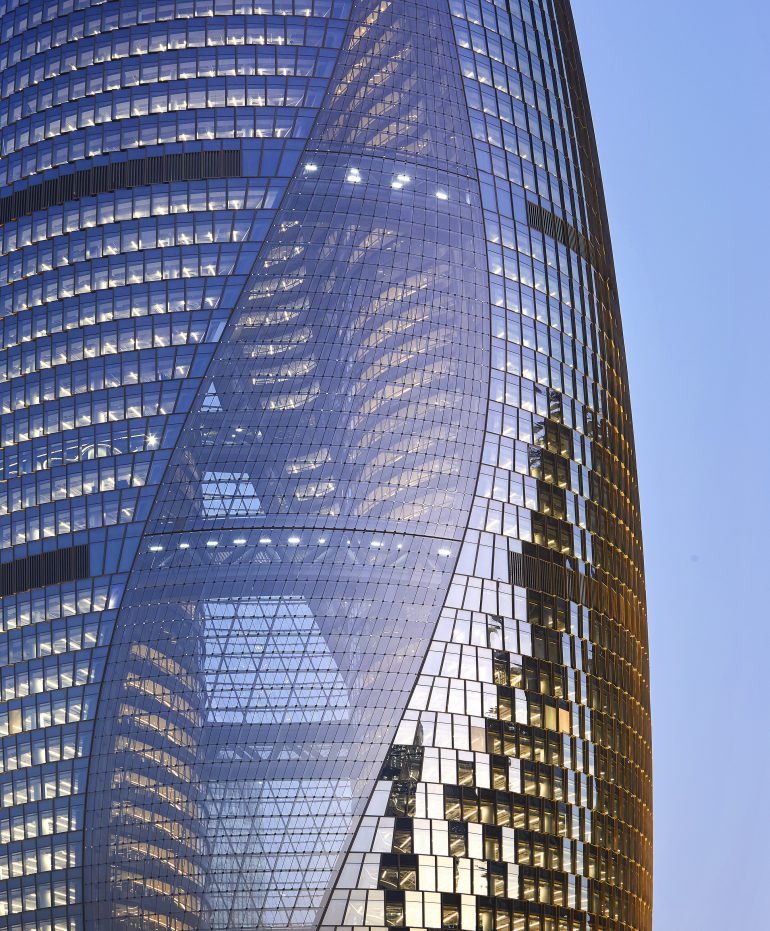 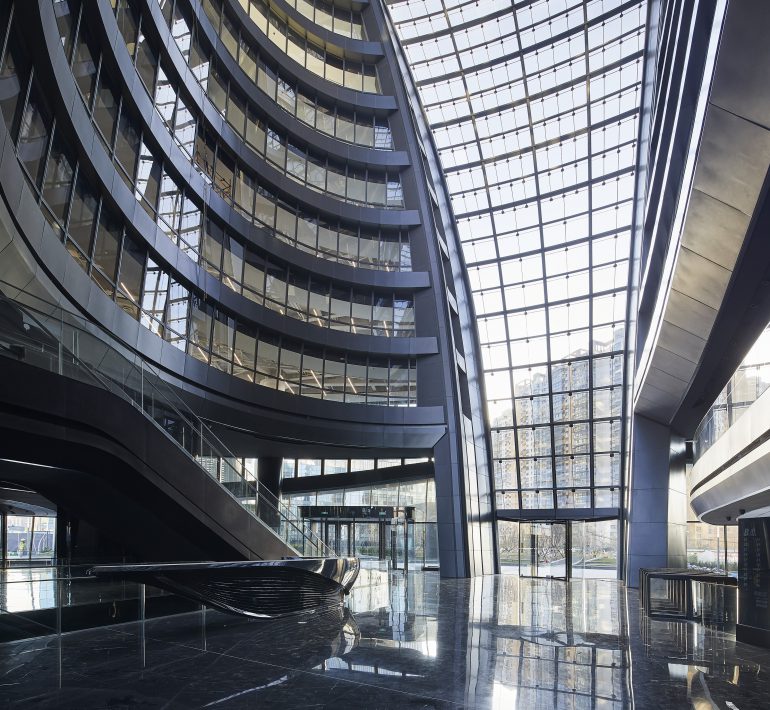