To provide the best possible service, we use cookies on this site. Continuing the navigation you consent to use them. Read more.
PROJECTS
·18 September 2020 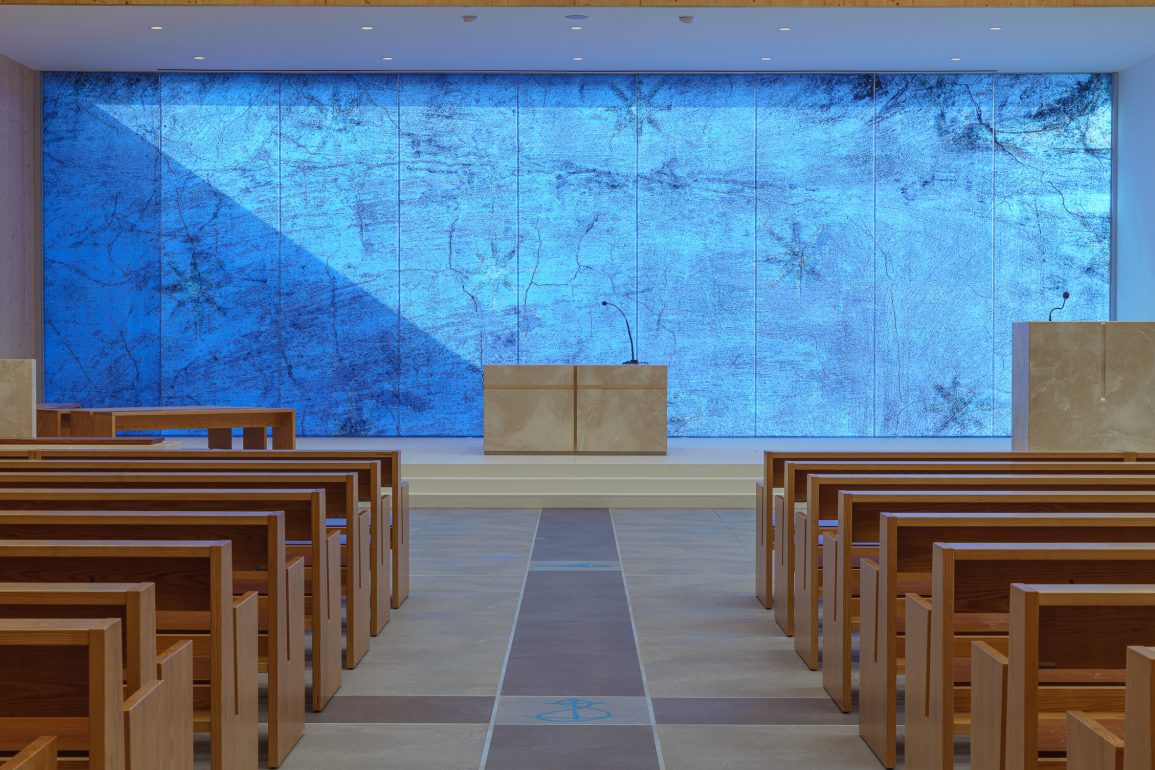 The historic working-class district of Varignano in Viareggio has a new church. Consecrated on June 8th 2019 after two years of work between demolition and new construction, the ‘factory church’ is by TAMassociati, the Italian design studio known worldwide for its Social Design projects.
The studio won a competition launched in 2015 by the Archdiocese of Lucca as part of the C.E.I. initiative called ‘Percorsi Diocesani‘ (Diocesan Paths), aimed at promoting new models of religious building. On 17 and 18 June, Varignano inaugurated a national tour dedicated to pilot projects in ecclesiastical construction.
“The new parish complex of the Resurrection of Our Lord – say the TAMassociati family – is a strong signal of renewal for the entire district and a model of participation among clients, designers, social and institutional actors, open to the city. A church of, with and for the community.

Conceptual and constructive sobriety, no cheeky monumentalism, memory and rebirth (resurrection) from their roots made of courage and simplicity, great attention to symbolic details, strong attention to the theme of sustainability are the themes on which the TAMassociati have developed the project.

A project that unwinds between linear paths and simple volumes, where liturgical and social functions interpenetrate: a church that makes itself at home, opens up to bright interior spaces that break through the main volume, opens onto the patio, dialogues with the parish premises.
From the large hall with the immense stained-glass window (13m x 4.5m) – the backdrop of the presbytery – which recalls the Giottesque sky of the Scrovegni family, to the ethereal baptismal font, from the very dense symbolism of the works of art, up to the ceiling, everything recalls the theme of the ascent with a tight and delicate, dense and graceful symbolism.
Plans, sequences and views are designed to “unite” both interior and exterior spaces, to make the new church a “gateway” to the adjacent park of the Burlamacca canal, soon to open. Making it even more the beating heart of the neighbourhood.

Through the recovery of works of art from the existing building, the split laying of the old marble flooring, the fusion of previous furnishing elements into the new ones (e.g.: the benches) – explicit requests from the community – the new church brings back elements of emotional stratification and values, to which TAMassociati’s project has given new life in a context of dignity and beauty, far from any rhetoric.
For more information visit www.tamassociati.org. 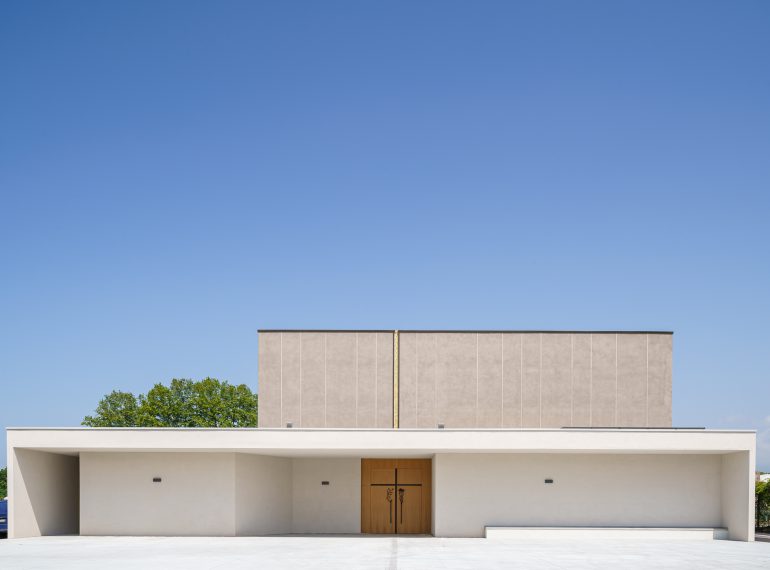 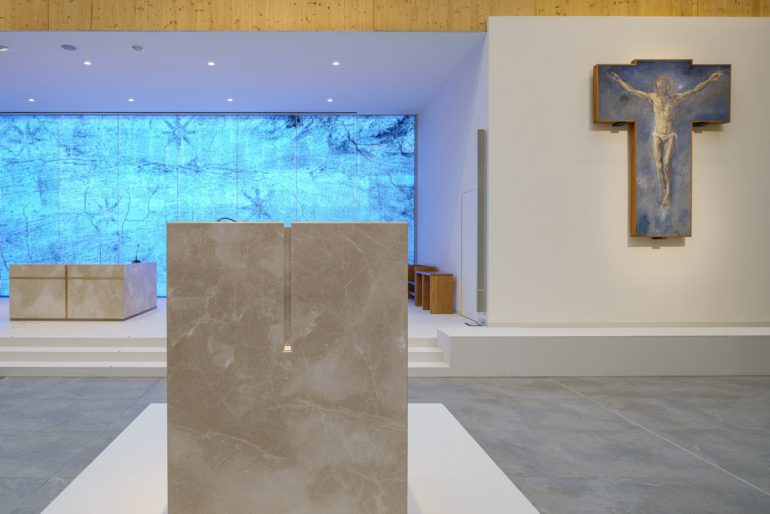 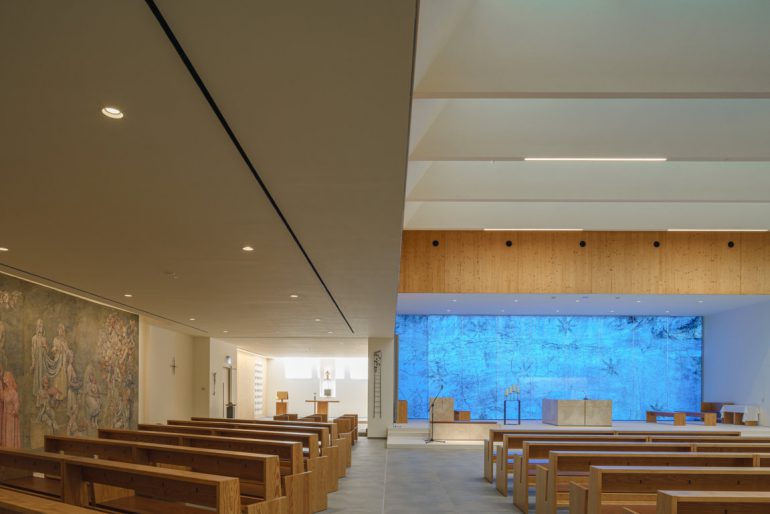 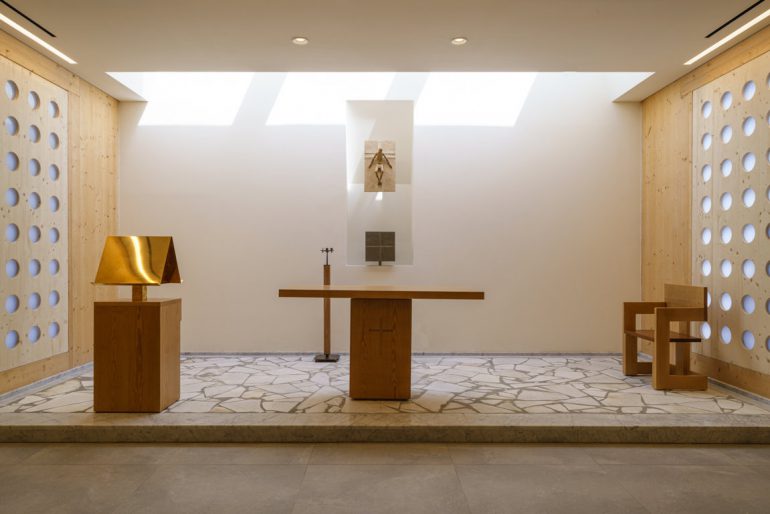 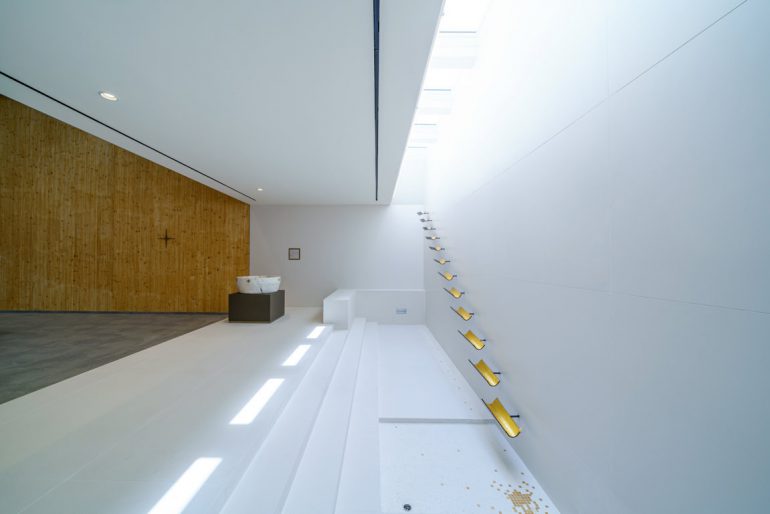 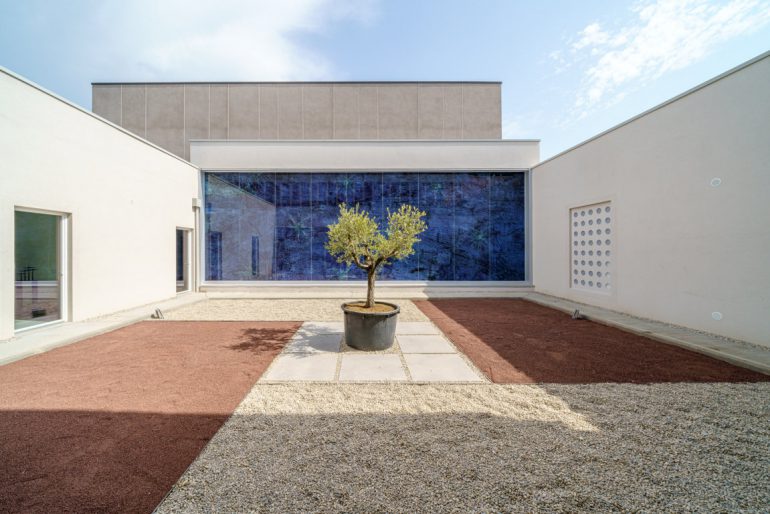 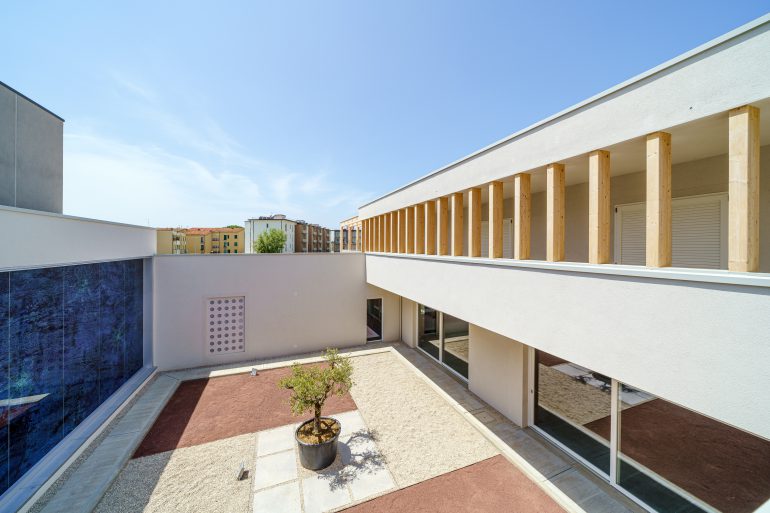