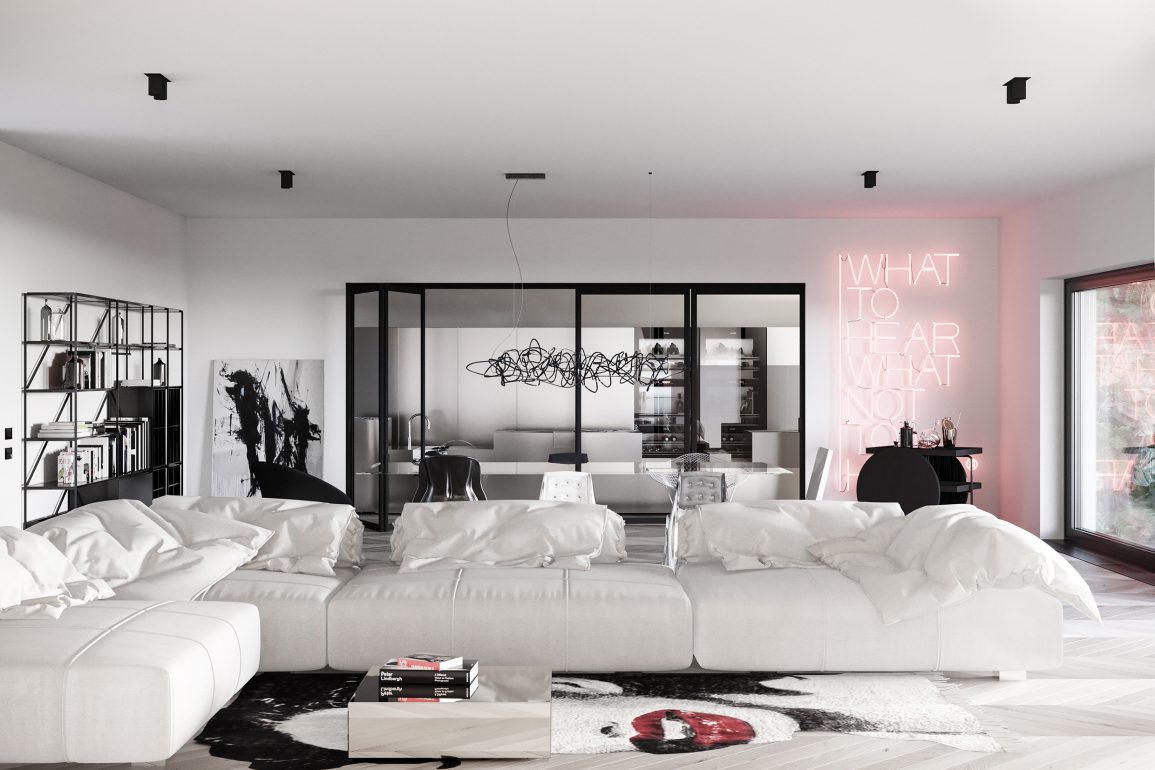 After the success of Francesco Meneghello‘s WE DON’T DESIGN brand, the designer starts a new ambitious project dedicated to the design of private homes.

From the memory of the designer evoking an escape from the ordinary, and from his ideal of freedom comes Il Sentiero delle More (lit. The Blackberry Path). A business unit with which Francesco Meneghello developed the first project, creating a 300-square metre residence on the top floor of a building in the heart of Milan.

An exclusive penthouse where a mix of styles, iconic objects, pop art and latest-generation design express a cultured and cosmopolitan taste. A metropolitan residence whose contemporary and refined look gives the impression of being far from the chaos of the city, capable of leaving guests amazed.
The designer imagines a sophisticated and seductive place where luxury is reflected in the details and proportions. The rationally arranged spaces extend to unexpected horizons, thanks to the attention to the expressiveness of light aimed at enhancing the aesthetics and symbolic value of the objects.
An innovative and unpredictable relationship between the elements of space, light and objects, which goes beyond the rules of uniformity and conformity, gives the environment an eclectic magic.

The living and sleeping areas occupy two wings of the flat, separated by a corridor which looks like a museum, thanks to the lighting which accentuates the expressiveness of the objects: the living area, the dining area and the kitchen make up a single large bright open space in which objects with a strong aesthetic impact and works from the pop art movement multiply the visual suggestions.
To the south of the building, two large windows open onto the terrace, an outdoor space enclosed by green curtains, where guests can relax and enjoy themselves.

On the other hand, the night area has an intimate and reserved mood. The essentiality of the bedroom, a place for rest and meditation, is contrasted by the presence of a spa en suite, a cosy, sensual environment lit by soft lighting, deliberately in contrast with the home’s lively, sunny style.
From the bedroom you can see the spa thanks to a viewpoint framing on the sculpture-like bath, behind which a mosaic decoration depicting female figures intent on the ritual of bathing gives the spa a monumental and timeless dimension. 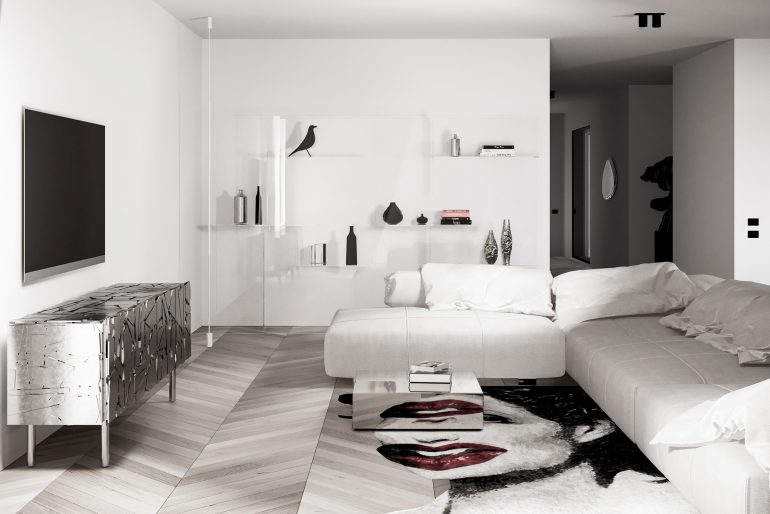 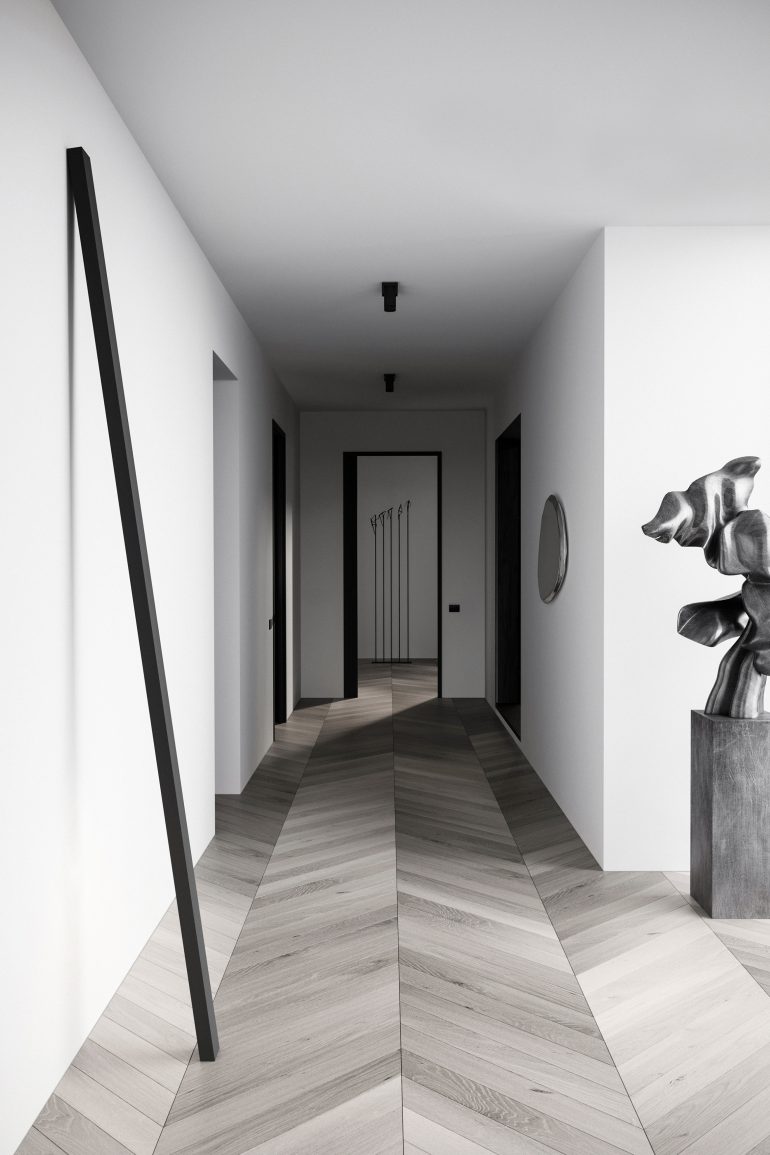 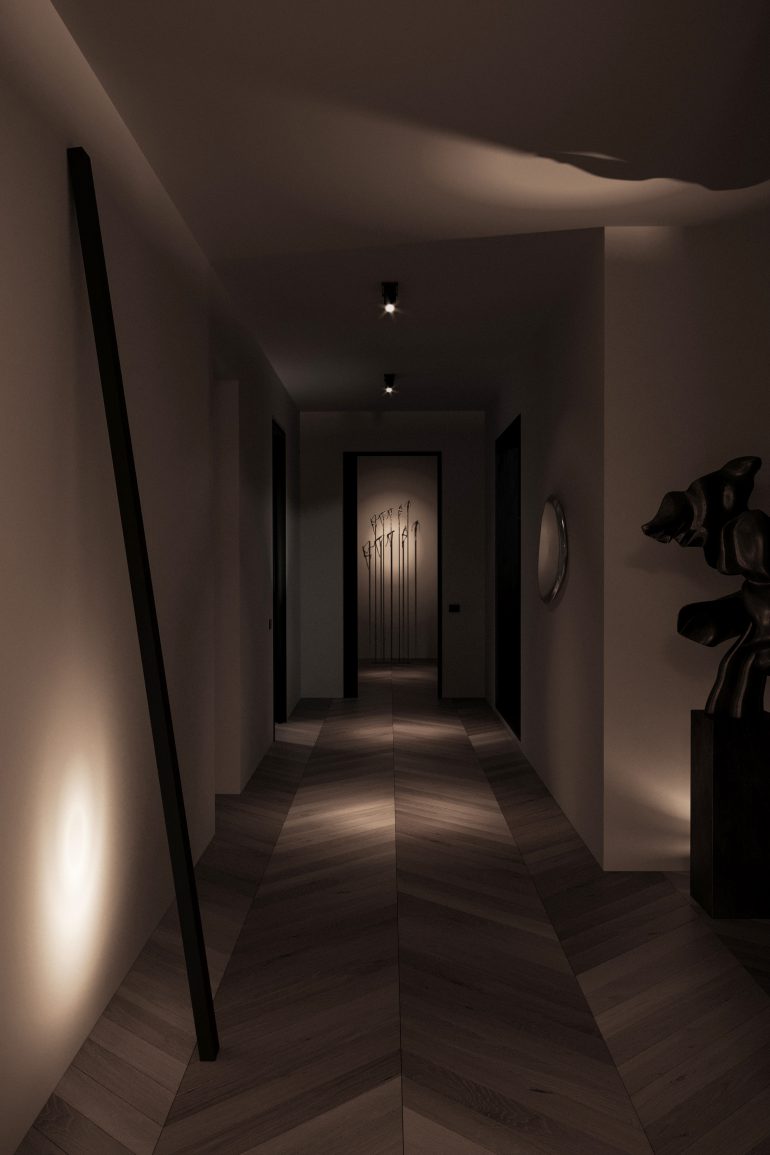 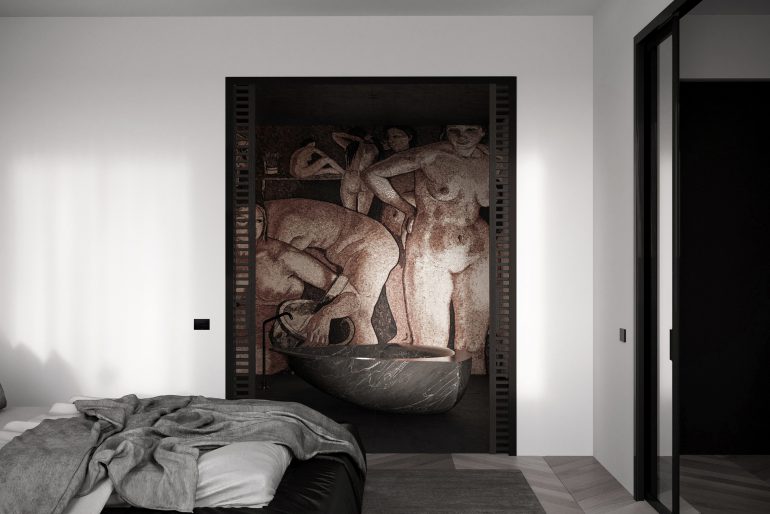 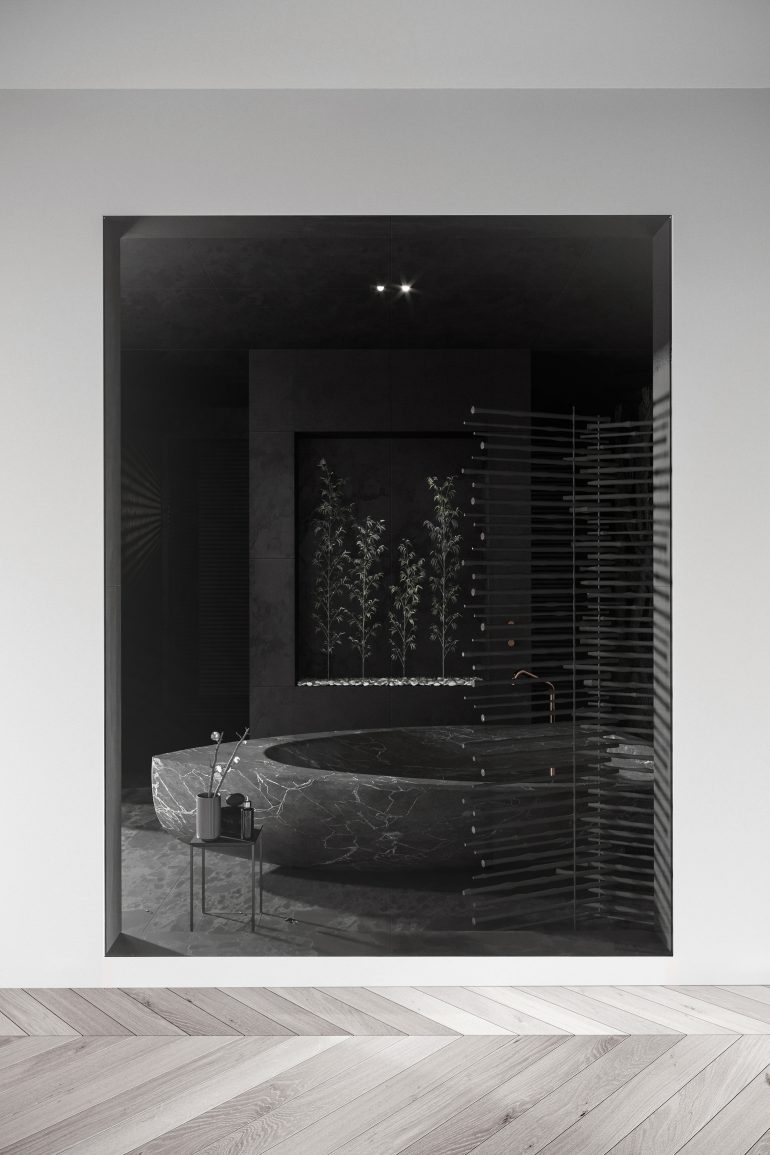