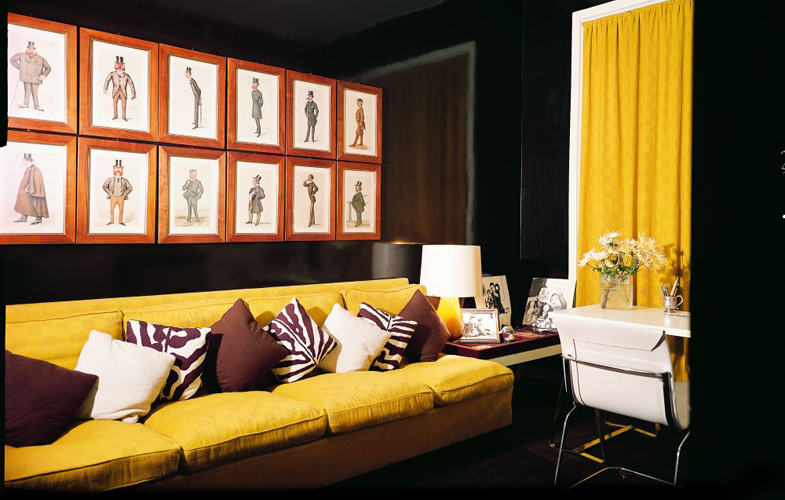 The official architectural press rarely mentions Piero Castellini (1938) and Nanda Vigo (1936), two “uncomfortable” figures who effectively work on the edge of the discipline, contaminating and imbuing it with influences from other spheres.
For Manolo De Giorgi, Castellini is the master of “Milan-style furnishing”. His ability and capacity for “ars combinatoria consisting of weights, mini-contrasts or combinations, choices and unions” is what is appreciated by his clients but which at the same time is an easy critical pretext for those who want to dismiss him merely as a valid master of good taste.
Vigo is recognized in the art world at the highest levels – a solo exhibition at the Sperone Westwater Gallery in New York was recently dedicated to her, to give just one example – but her architectural experiments have suffered from an extremely long critical oblivion, having recently been looked at in a relatively small number of exhibitions and publications.
Castellini and Vigo are undoubtedly an “odd couple” but they share a common area of research. Both have been designing homes for decades and especially during a lucky moment at the end of the 1960s and the start of the 1970s, when looking at and comparing the idea of the (post-) modern apartment for the upper middle class, they have provided two highly personal interpretations that are antithetical only in appearance.

A quick flashback to their early formative years shows Castellini, a dandy from a young age and always with a colourful handkerchief in his breast pocket, dividing his time between the classrooms at the Milan Polytechnic, the courtyards of Atellani House (his grandfather Piero Portaluppi’s home) and the beaches at Porto Rotondo; Vigo on the other hand moved between Milan where she spent time with Filippo de Pisis, Mario Radice and other important paternal friends, the Ecole Polytechnique in Lausanne where she studied and then Milan once more, in the streets around Brera where she joined up with Piero Manzoni and Lucio Fontana.
Castellini and Vigo manage to transfer the culture that derives from these privileged and very different routes into their domestic interiors. At the beginning of the Anni di Piombo (Years of Lead ndr) – they designed houses that were primarily formidable devices for escaping from reality, from hostile public spaces in the city that were places for demonstrations and attacks, but also conventions and clichés In the privacy of their apartments, they redefined without inhibition the boundary between rigour and subversion, rule and its many exceptions, duty and freedom. Rigour for Castellini is craftsmanship in the selection and working of all the raw materials – wood, carpet, textiles, bronze, wrought iron – entrusted to the capable hands of his artisans while for Vigo it is, for example, the choice of a single colour – the house will be blue, yellow, white, black! – and the radical struggle against traditional styles of furnishing.

Freedom for Castellini in the words of Massimo Martignoni is a continuous process of “linguistic contamination” that places “precious things side by side with those that are fake or repaired (and much more fun), the ancient with the contemporary, the minimalist with the excessive”; for Vigo it is the rejection of natural light, shielded by smoked glass panels, the insertion into the home of hitherto unused materials – from highly polished steel profiles to felt – and integration of Fontana’s cuts and Enrico Castellani’s perspective views directly into the thickness of the wall.
Both play with the passions and idiosyncrasies of their clients using irony and complicity, inviting them to temporarily forget the worries of city life, to live the interior with elegant nonchalance (Castellini), or causing them to enter into an almost esoteric trance, where all the senses are altered (Vigo). Thus both the “English moor populated by foxes, dogs and horse riders” composed of prints and carpeting and dark green plasterwork that Castellini provided for his friend Luigi Settembrini, and the apartment in which Vigo has artificially coloured everything yellow for a client who comes from the sea and cannot stand the Milan fog, essentially answer the same fundamental question: to what extent can one go within the space of the house? 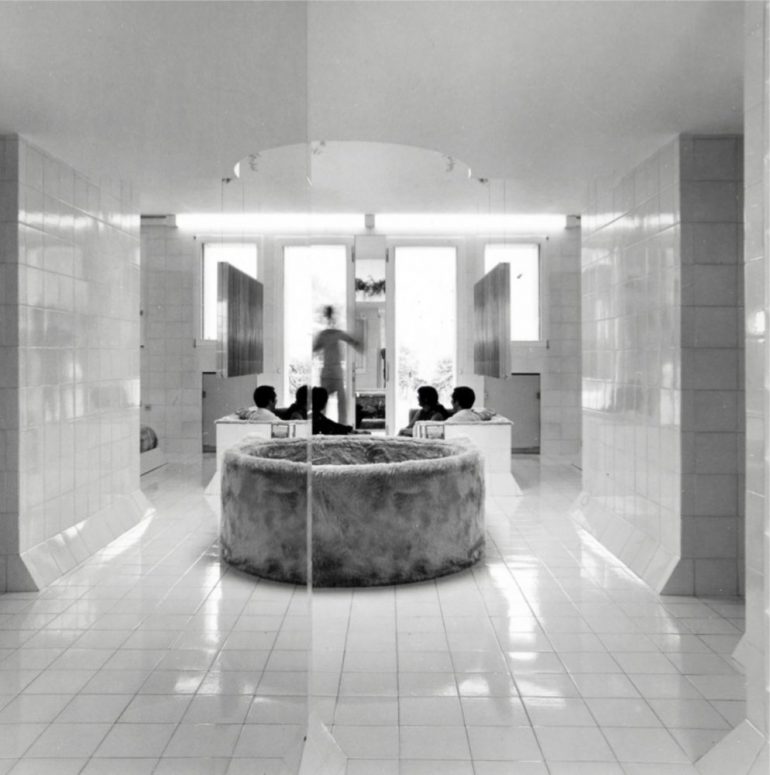 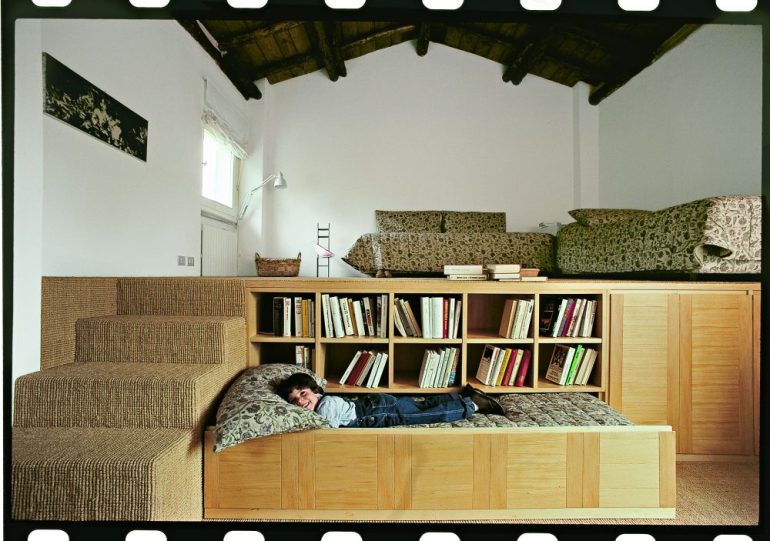 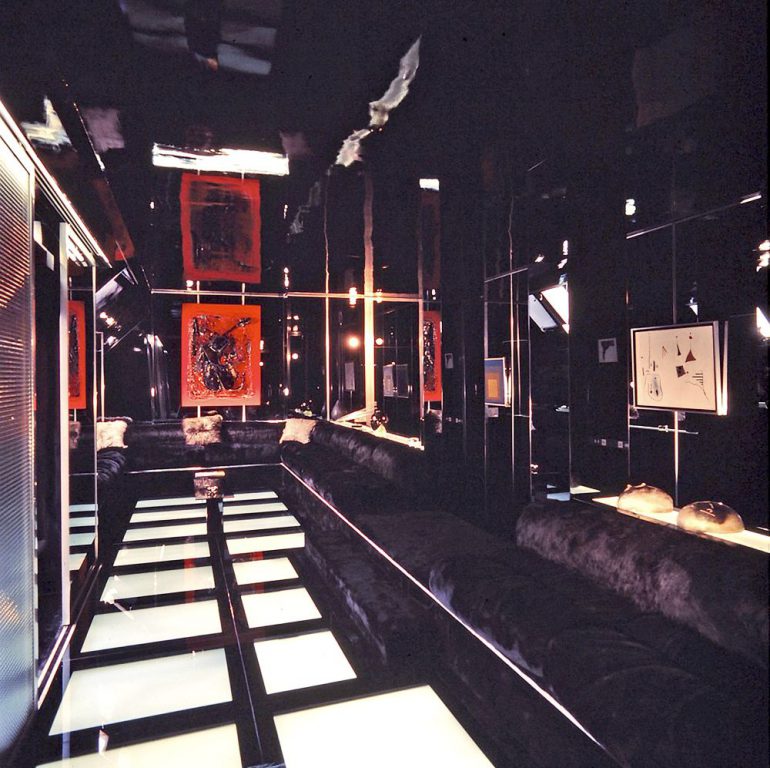 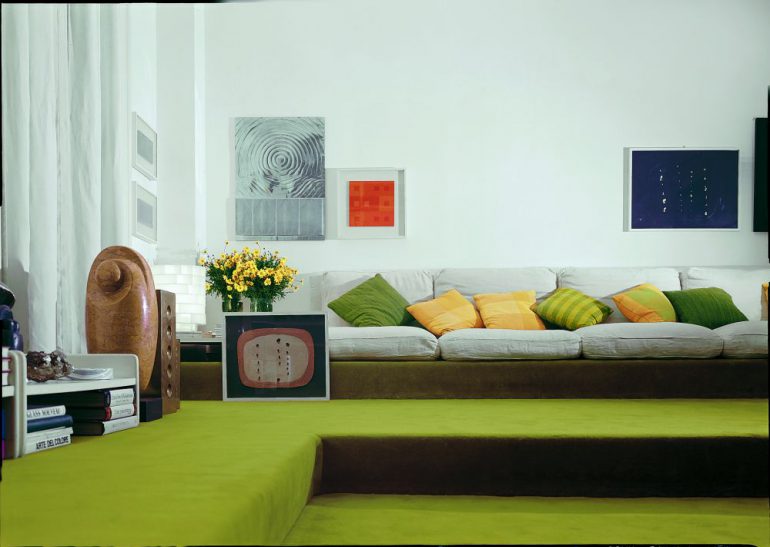 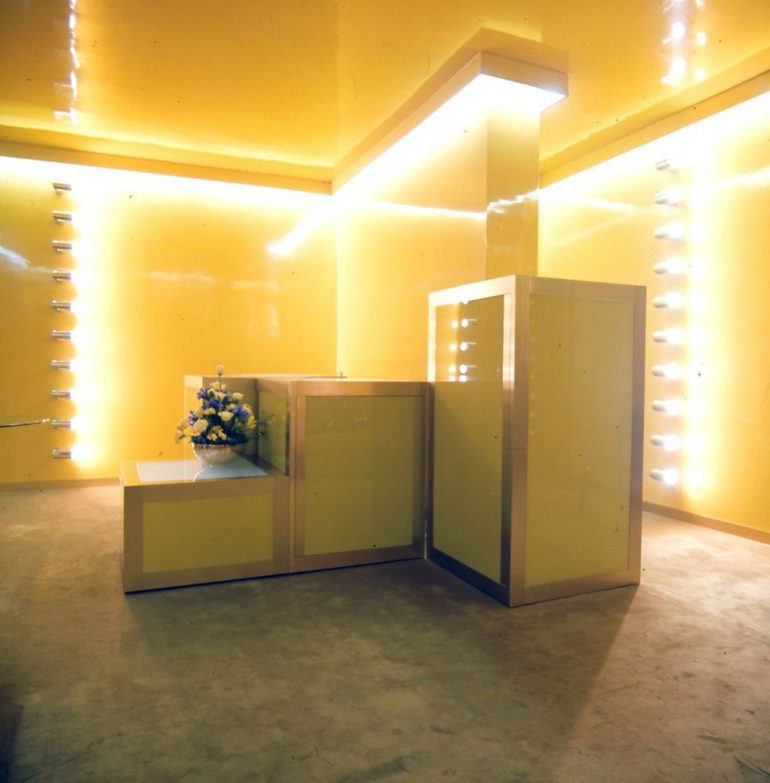 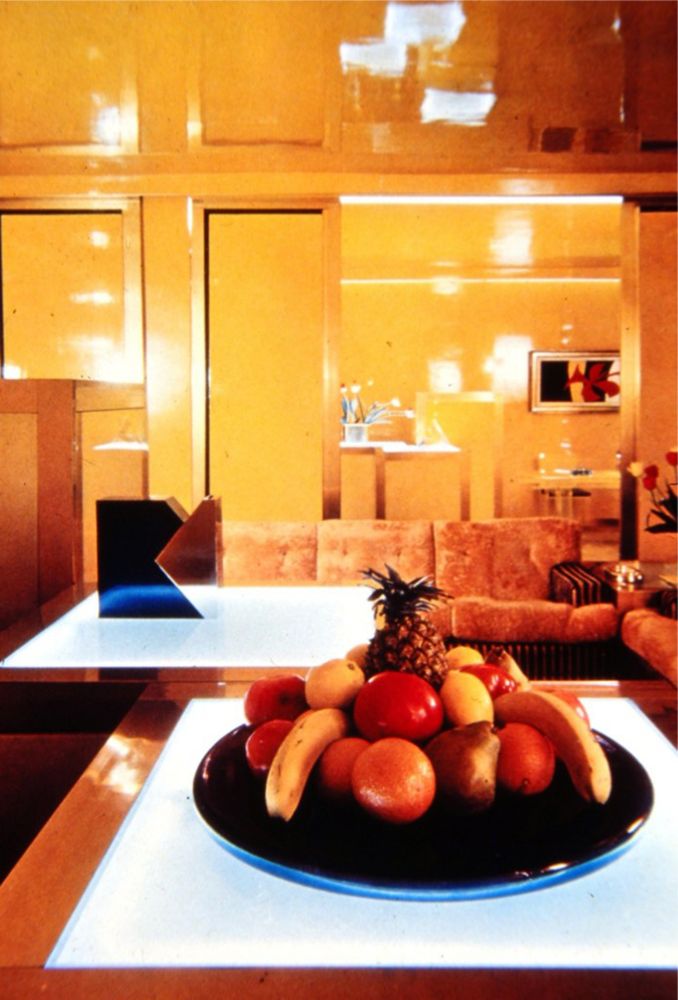 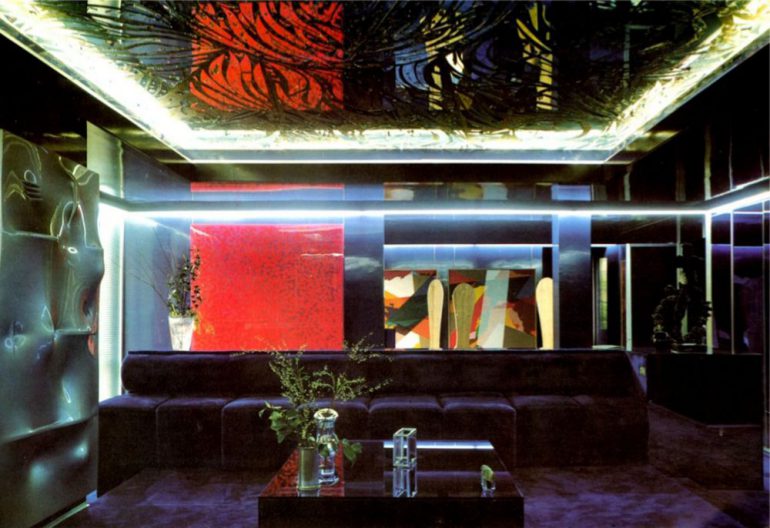