To provide the best possible service, we use cookies on this site. Continuing the navigation you consent to use them. Read more.
PROJECTS
·11 September 2018 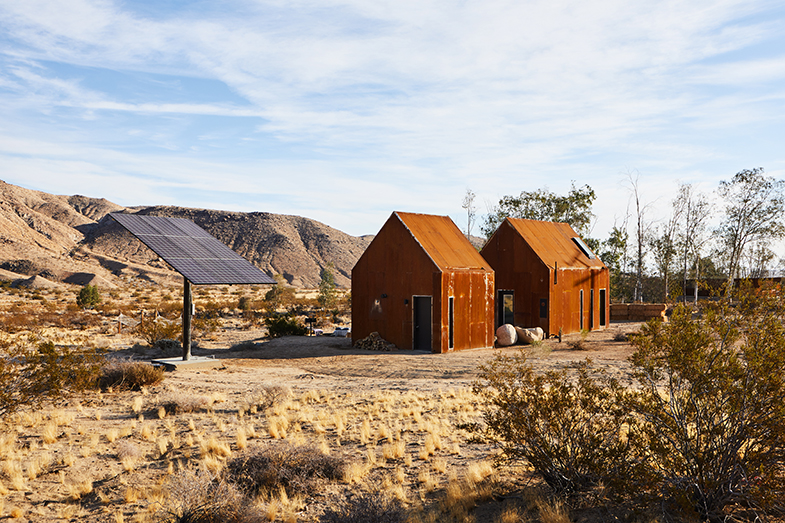 The Cohesion architectural studio has created a small ideal retreat to disconnect from the world to find a new relationship with nature in the desert of Joshua Tree National Park, in South California.
Folly is a peculiar prototype built to serve as a conversation piece, lend interest to its surroundings through an architectural medium. It derives from a need to expand the studio thesis position on architecture; which explores Cohesion as the integration of contextual and pragmatic relevancy within different environments. Folly addressed these multi-layered issues through its components and the method of adaptive reuse and its adherence to contextual, environmental, and social paradigms. Upon arrival, Folly sets the tone to disconnect from the norm, the expected, and provokes you to connect with the surroundings. I perceived it as a design paradigm, a small space with a big experience, modern and innovative while grounded within its environment.

A stargazing bedroom with no ceiling, showers with exposed and expansive views and an energy producing solar tree is the exploitation of nature through a respectful approach. Utilizing today’s Technology allows the guests to monitor energy consumption and solar production, controlled secured entry, lighting settings, solar powered skylights and set cooling and heating temperatures to the space. This interactivity, establishes a reference to what off-grid living is like through automated creature comforts that ‘break the ice’ to an off-grid lifestyle without compromising the surrounding environment or guest expectations.
Folly is a prototype that is currently expanding into Folly Farm In The Hampton’s and Folly Mojave in Southern California. Both off-grid destinations will allow for inclusive experiences such as work retreats, social groups, or intimate events. Utilizing architecture as a medium, this collection of work will provide moments of disconnect in which guests can experience a creative escape to engage with fellow explorers or simply relax with alone time.

Malek Alqadi Bio:
Malek’s exploration into Cohesion began during his thesis research at The New School. Malek, as the lead designer for an Independent Architectural Firm, developing and building high-end residential homes for creators in the entertainment industry. He collaborated with a preeminent artist within the community to design The Spine, a smart-home where a modern home, enveloped by nature, seamlessly attends to the needs of its inhabitants. He founded the Folly Concept where he successfully launched the off-grid prototype in Joshua Tree. He is currently expanding the Folly concept into Folly Farm’ in the Hamptons and ‘Folly Mojave’ in Southern California.

Cohesion Bio:
Cohesion is a New York and Los Angeles based practice. It was founded by Malek Alqadi, Cohesion’s architectural principles emerges from a mindfulness of how contemporary life constantly evolves, while provoking our desire to feel our best in those spaces. Architecture has to deal with today’s challenges not in vague utopian theories, rather, embraces the possible from the pragmatic. Like a form of alchemy, Cohesion can address these multi-layered problems through its adherence to contextual, environmental and social problems. By hitting the subtle overlap between pragmatic and utopia, architecture finds the freedom to change how we converse with our contemporary worlds. 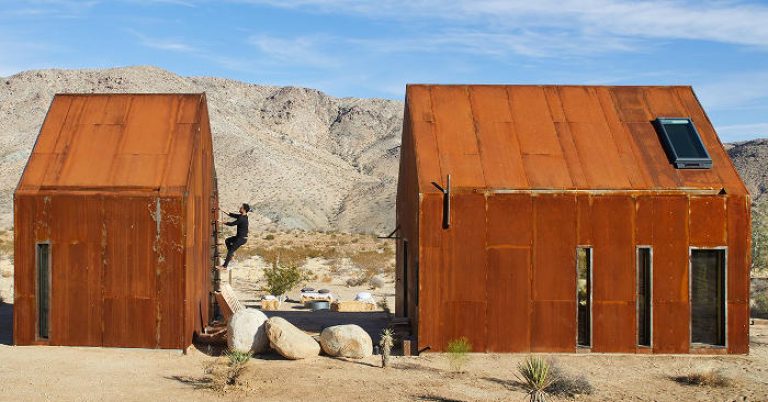 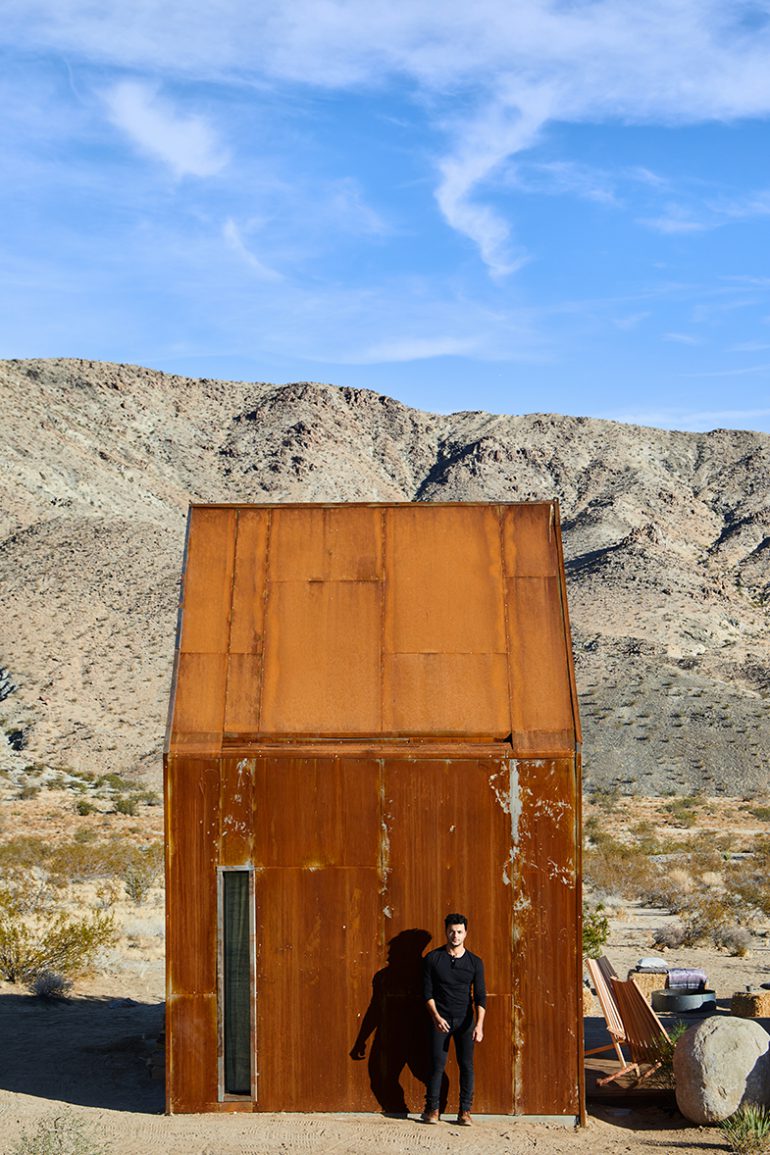 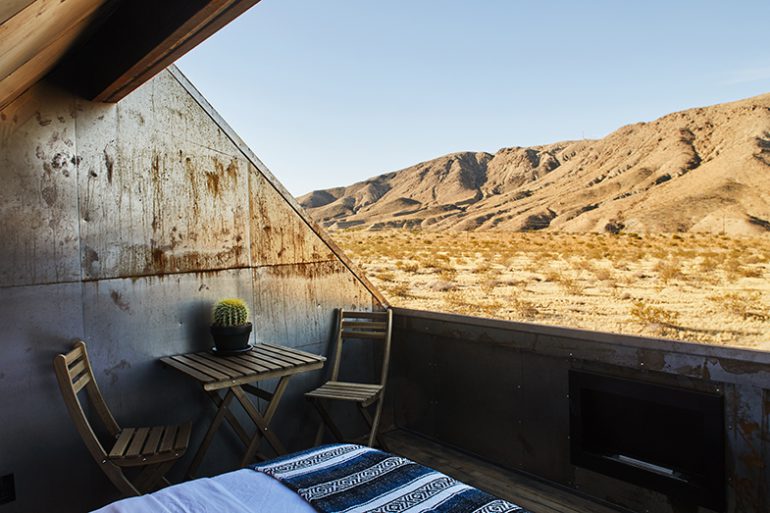 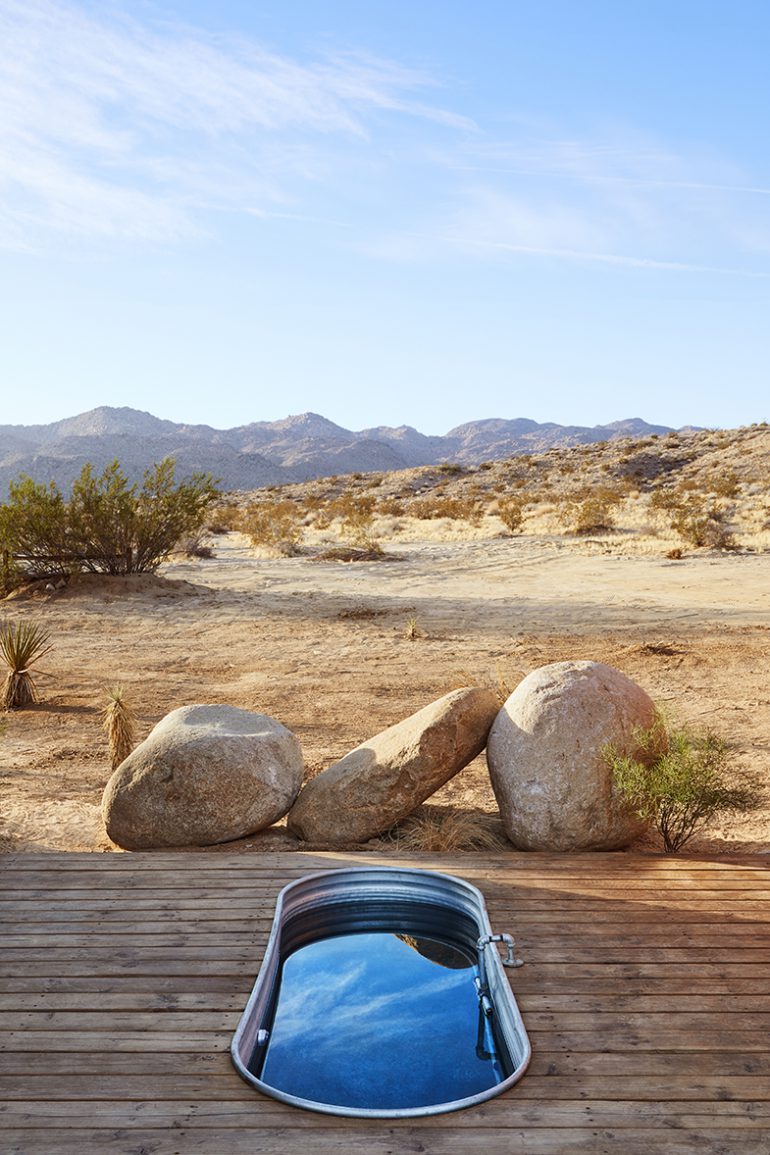