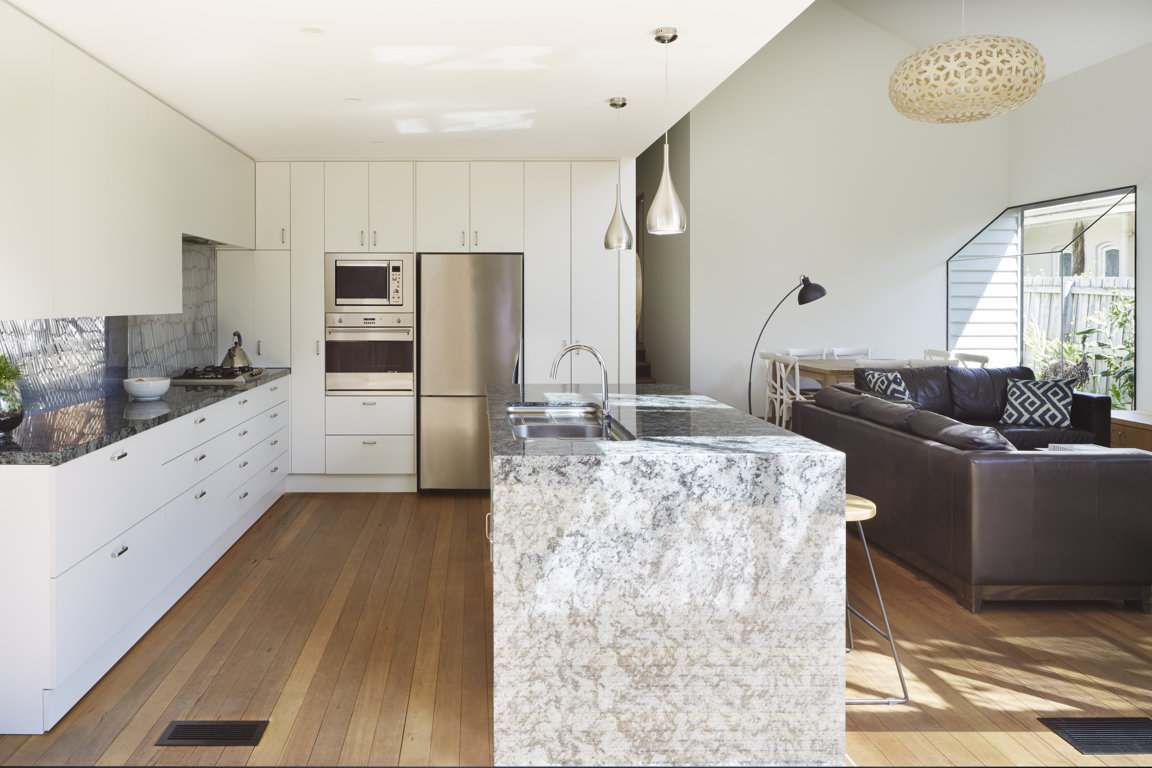 This addition opens up to an established back garden in the leafy suburb of Ivanhoe. Seven metre wide doors slide away and broad timber steps descend into the garden. A massive but finely detailed facade screen modulates northern sunlight in the main living area. The algorithmic pattern of the facade screen was inspired by foliage and textile patterns.

Ivanhoe is known for its period homes on large blocks and its green, hilly and picturesque landscape. Its character is recognised by the local council which stipulates that significant trees must be preserved and all roofs must be tiled. This project involved reworking a prime example of an Ivanhoe home which has a relatively complex pattern of use. The original Californian Bungalow house had been the family home for several generations.

A more recent studio in the northeast corner of the site housed a dressmaking workshop and served as overflow accommodation for guests. The studio required separate access for customers from the street.
The existing house is much loved and the original character of the front rooms had been preserved.
For further information please visit www.j-f-a.com.au. 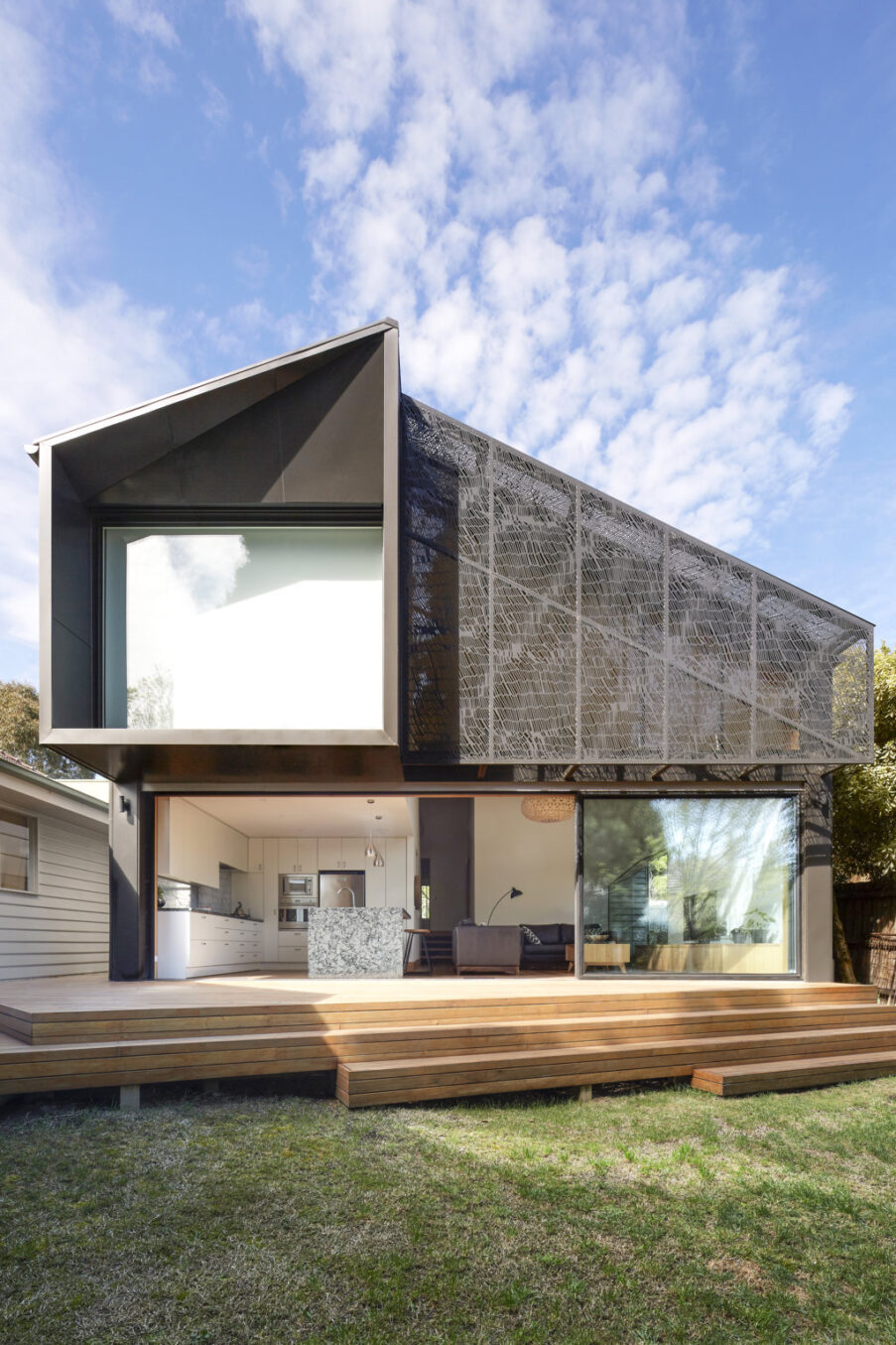 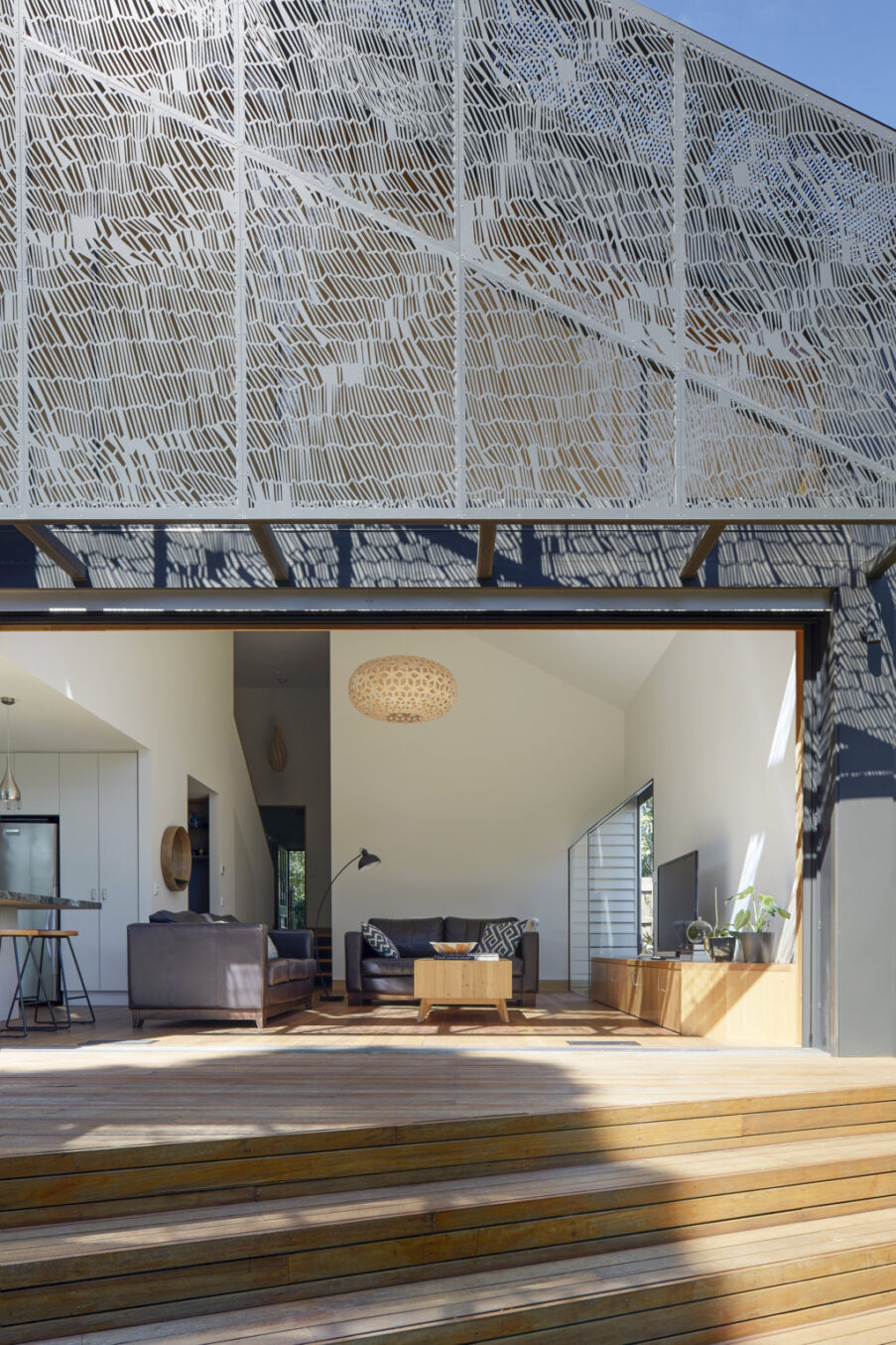 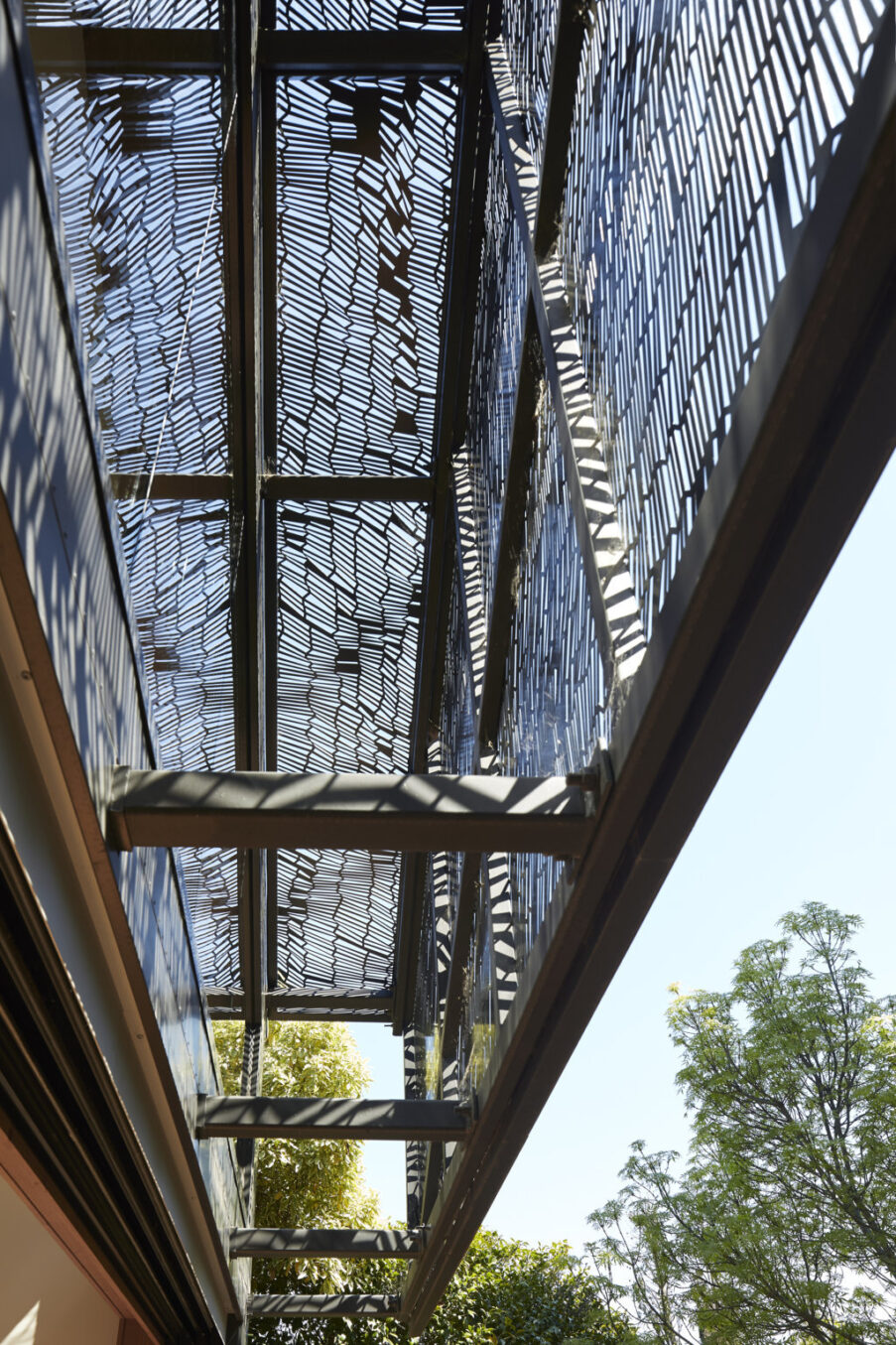 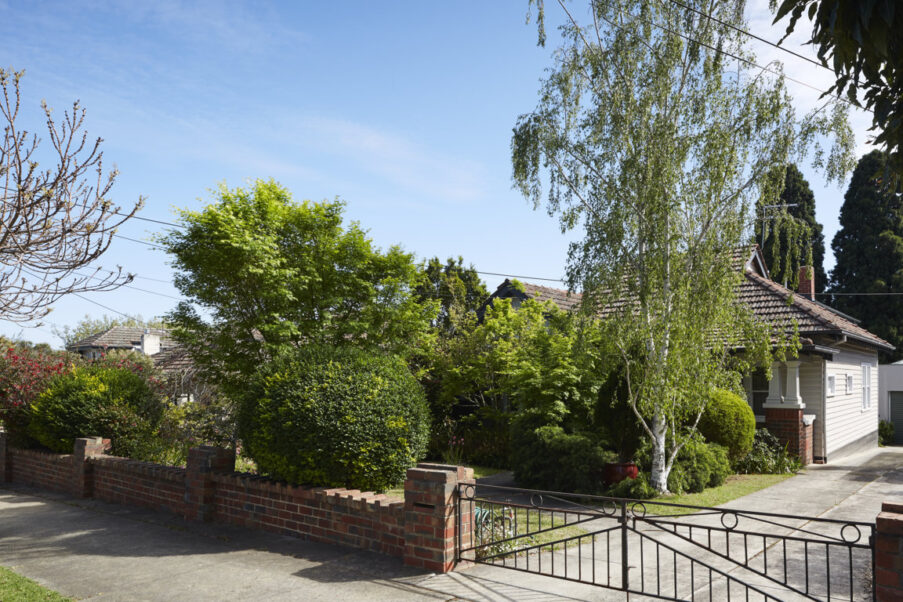 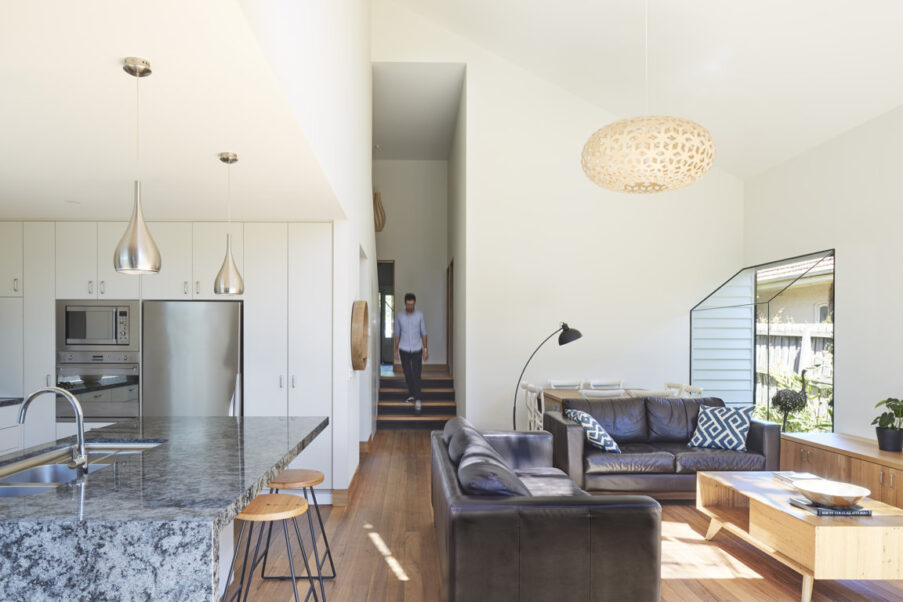 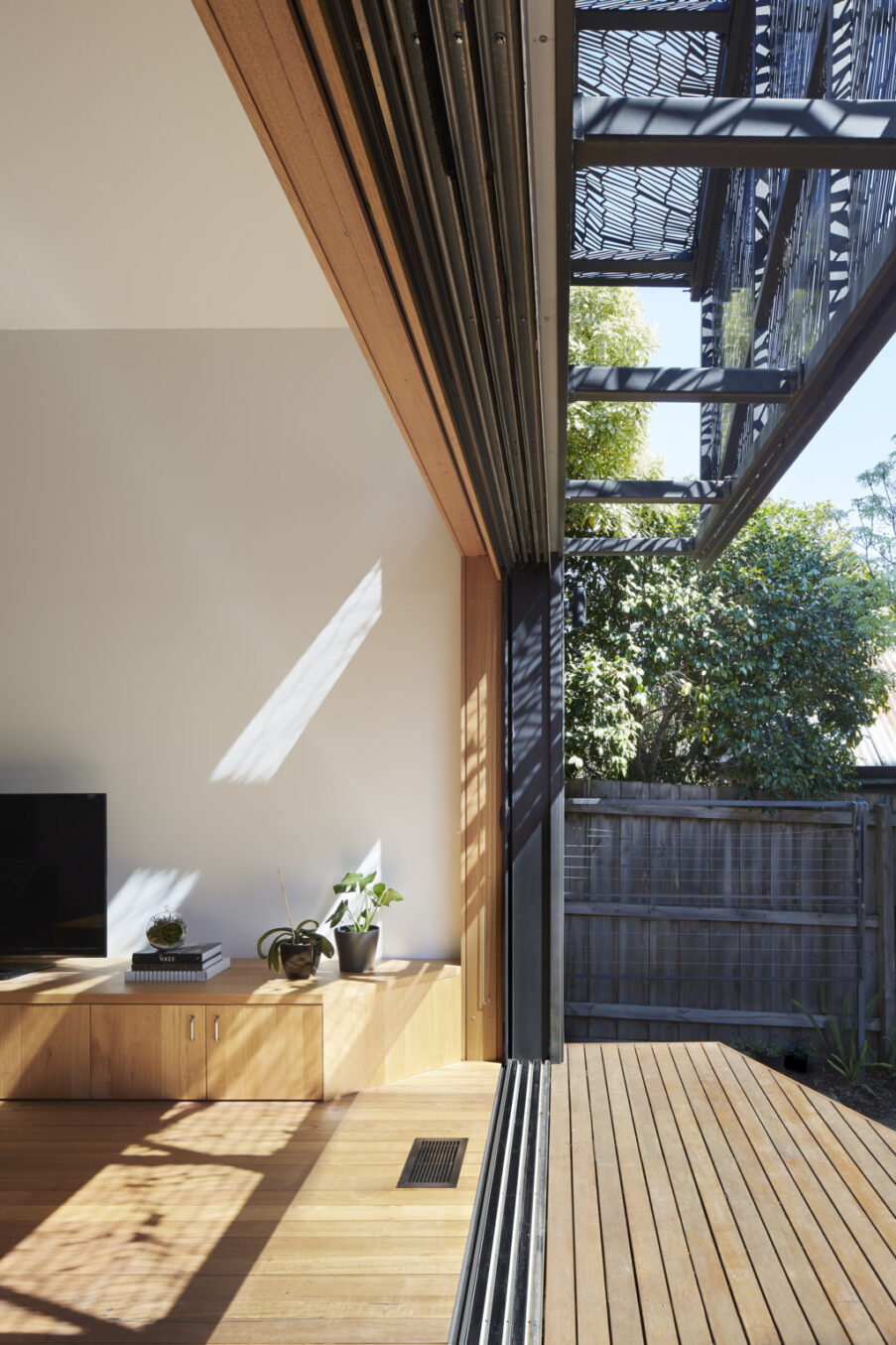 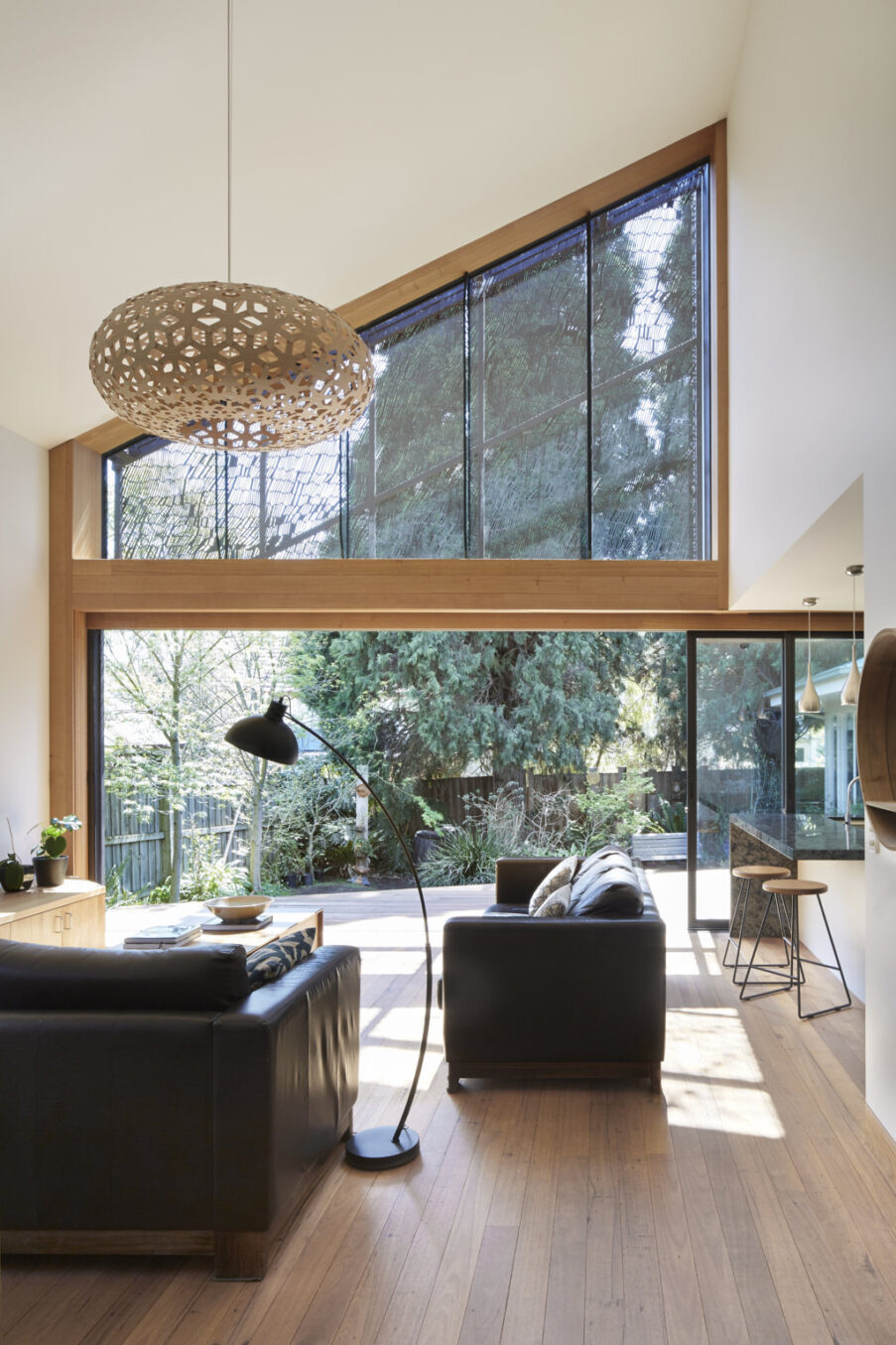 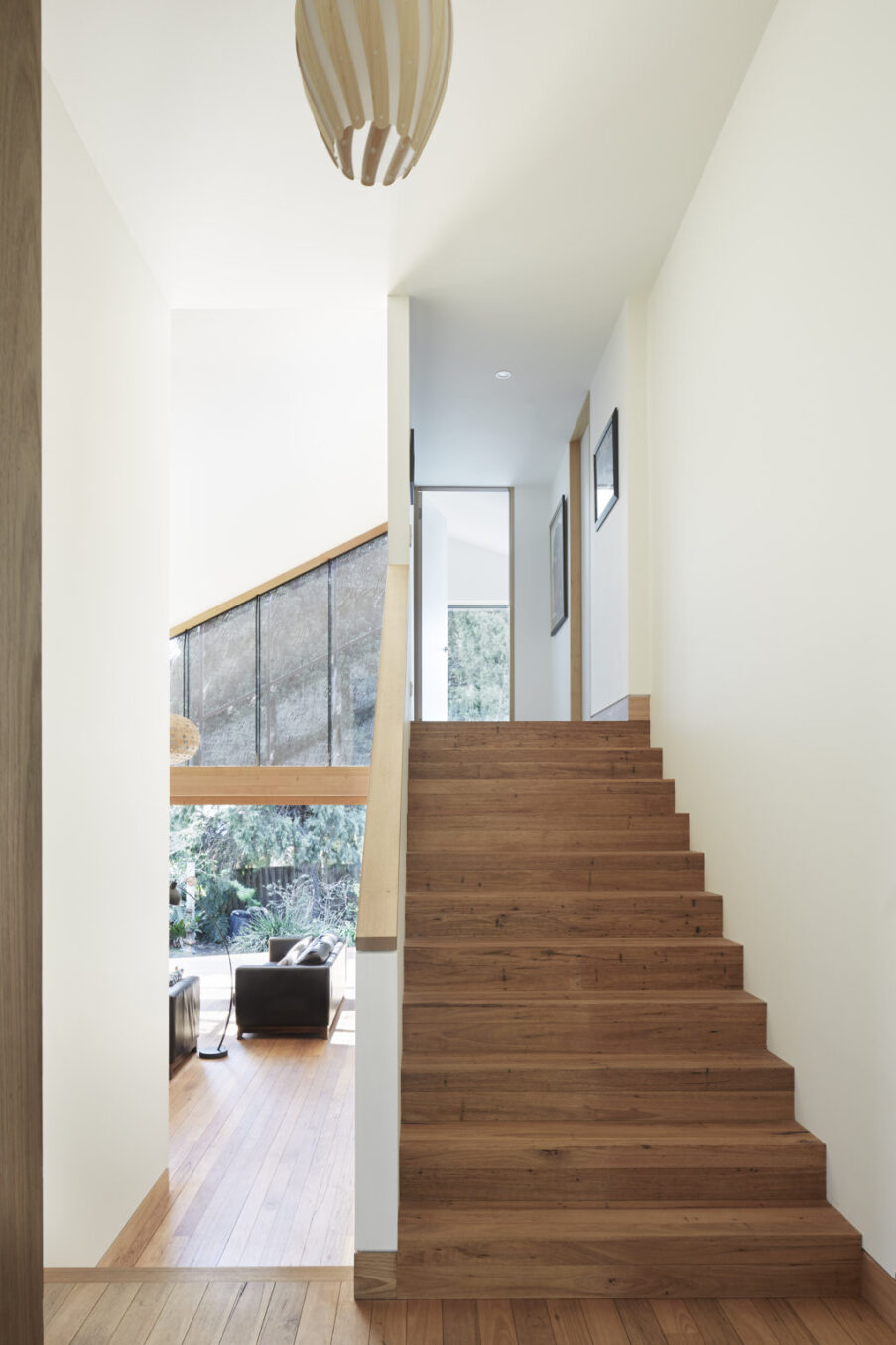 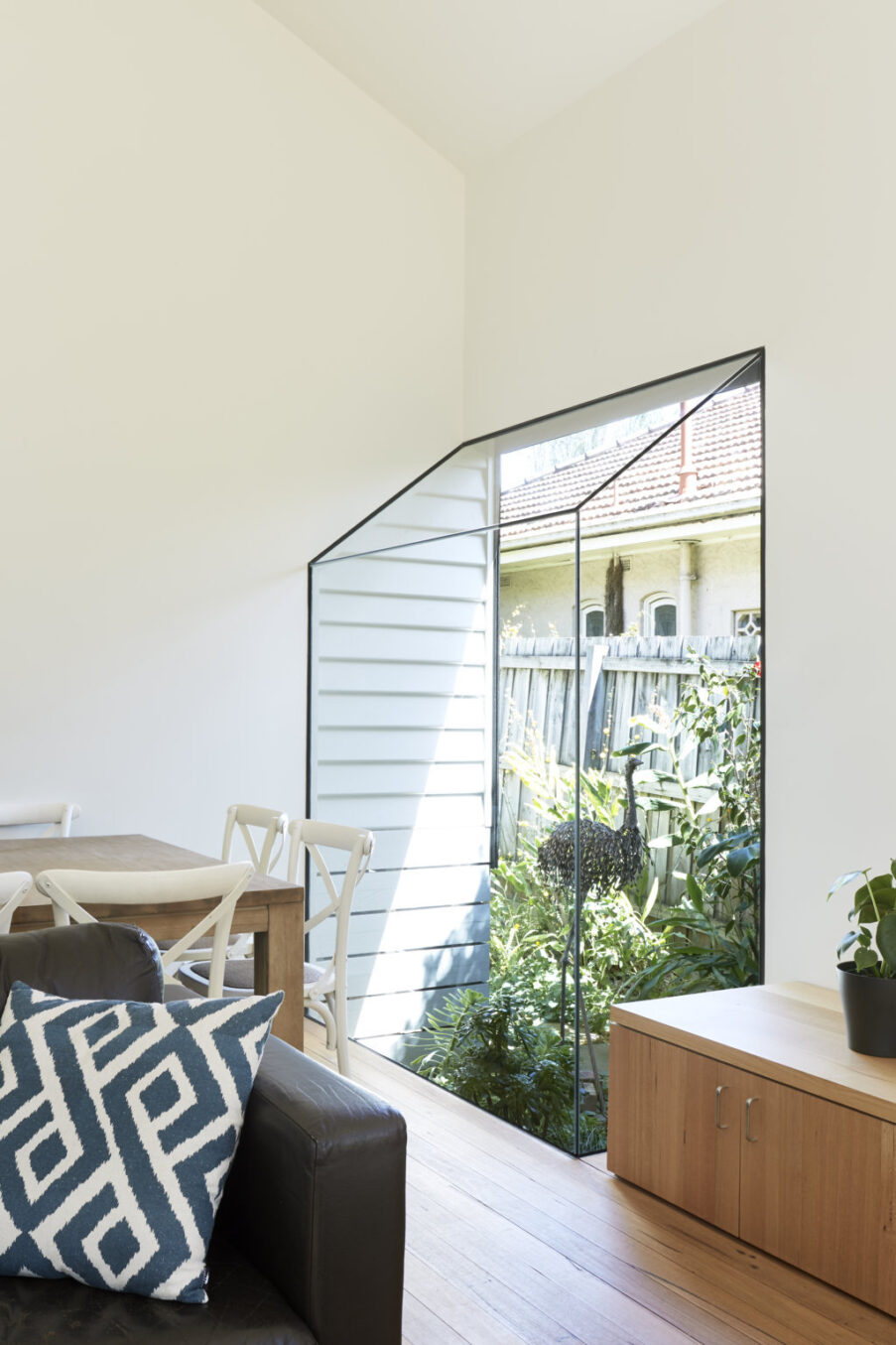