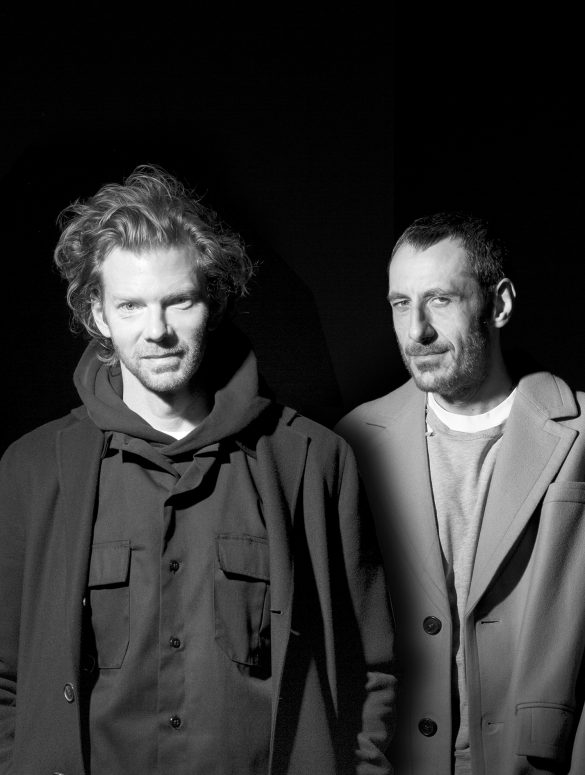 The secret of the international success enjoyed bythe DIMORESTUDIO lies in its constant ability to create a sense of taste and beauty that appeals to the eye without ever overdoing it. There are some places in which the exercising of ambiguity of time, place, style, shapes and materials seems mandatory in order to force the visitor to slow down and see things as if for the first time.

It happens every time one enters the Palazzo Borghese in Rome, where Cardinal Scipione amused himself by interspersing multicoloured Roman marbles with stuccoes so sophisticated as to seem almost real, sculptural inserts from the Imperial era with Renaissance plaster casts, sublime works such as the Hermaphrodite leaning against a bed of white marble clearly designed by Bernini as fake.

The neo-Egyptian furnishings designed by Piranesi for the papal apartments at the Quirinale were intended to have the same effect, combined with the neo-Roman bronzes, the lines of multicoloured marble floors, the Raphaelite Flemish tapestries and the antiquities of various shapes and sizes mixed among the furnishings so as to express the refined taste of their collector, all lit up by a mixture of large chandeliers and patches of natural light that came in from the Roman sky.

What about John Soane and his “mythical” London house, dreamt up while looking at the interiors of Robert Adam who had been at Piranesi’s school in Rome? We jump forward to the Milanese interiors of Buzzi, Portaluppi and Ponti, who between the Thirties and the Fifties knew how to bring the best out of the materials that took shape between the Imperial marble bathrooms, the metals and wood of the boiserie, fixtures, and furnishings, the Venetian glass designed with fragile and ironic grace, fabrics accorded a sense of antique gracefulness and a hint of constantly unexpected colour, which helps to create otherwise unattainable atmospheres.
Byung-Chul Han, a contemporary philosopher of Korean origin and Teutonic schooling, tells us that to save beauty we must hide it, lose it in the ambiguity of the unseen, fighting the inherent sense of smoothing down that kills our aesthetic sense in every field and the impossibility of recognizing beauty in the depths of our soul. Beauty resides in the rough, the coarse, the contrast between opposites, in that leap of sensitivity that forces us to create a dialogue through a different and original look, in the construction of a universe of shapes and senses that stuns and seduces, drastically reducing the time of consumption that devours us.

But to create these increasingly rare worlds it takes a radical talent, irreverent towards the sense of taste ensnared by the mainstream that dumbs everything down, captured by knowing what material to play with and up to which point it is possible to take it, tyrannical in the clear awareness of imposing a sense of extreme taste, but seductive to the point of entangling and bringing us into a world made up of universes that are constantly changing.

The secret of the international success enjoyed by the Dimorestudio lies in its constant ability to create a sense of taste and beauty that appeals to the eye without ever overdoing it, demonstrating a balancing act between invention, unobtrusive memory, the construction of the shape of a space, gentle colours and mellow light and the sensual grace of the essential touch that offers experiences which we hunger for without knowing it.

In their commercial interiors, homes, hotel rooms, restaurants or spaces for temporary exhibitions at the Salone, it is possible to recognize an obsessive and absolute quest for a sense of beauty that makes us think for a moment that preciousness is an experience within the reach of everyone, but this is a dangerous illusion, since to create this powerful aesthetic epiphany we must necessarily interact with just that five percent of the world that can sustain so much wonder and experience and live it daily. It is a sense of luxury and extreme experimentation which then lends itself to the support and encouragement of a more widespread taste that benefits from such lofty peaks and which leads us to guess at the contents of those pure Italian arts of mimesis and eclecticism, along with the heretical continuation of artisan and design traditions that we betray each time in order to bring them once more back to life. 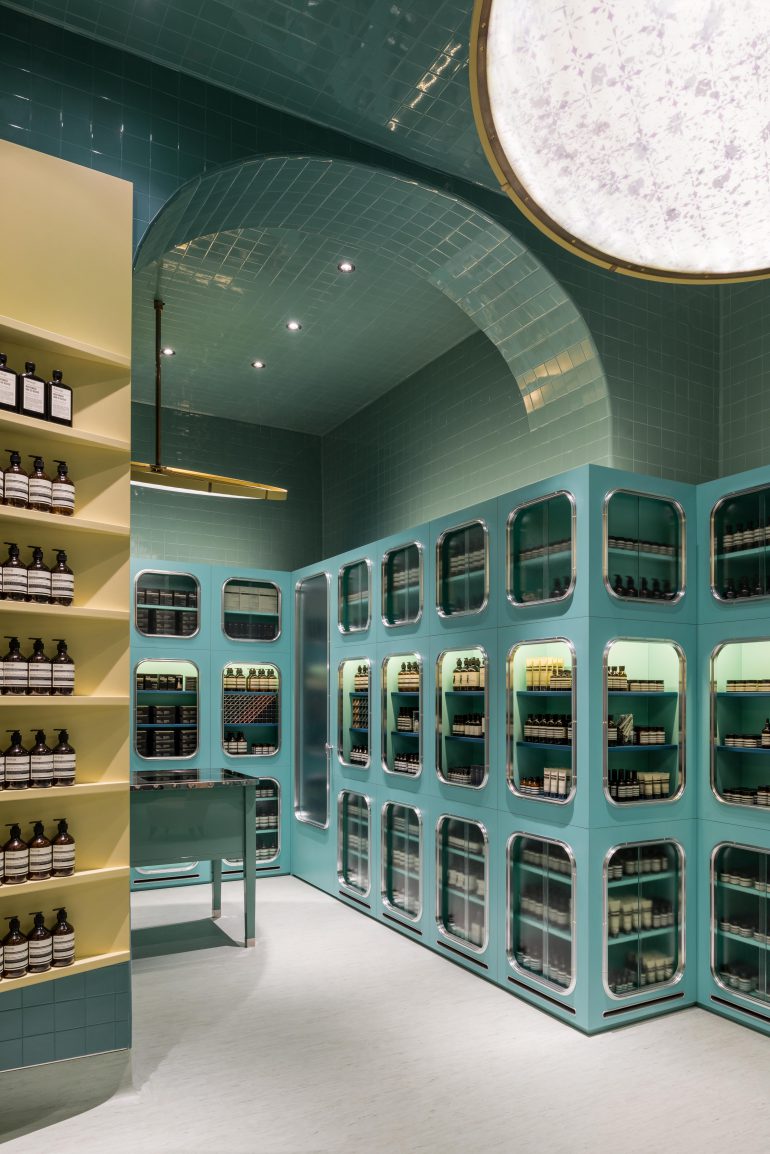 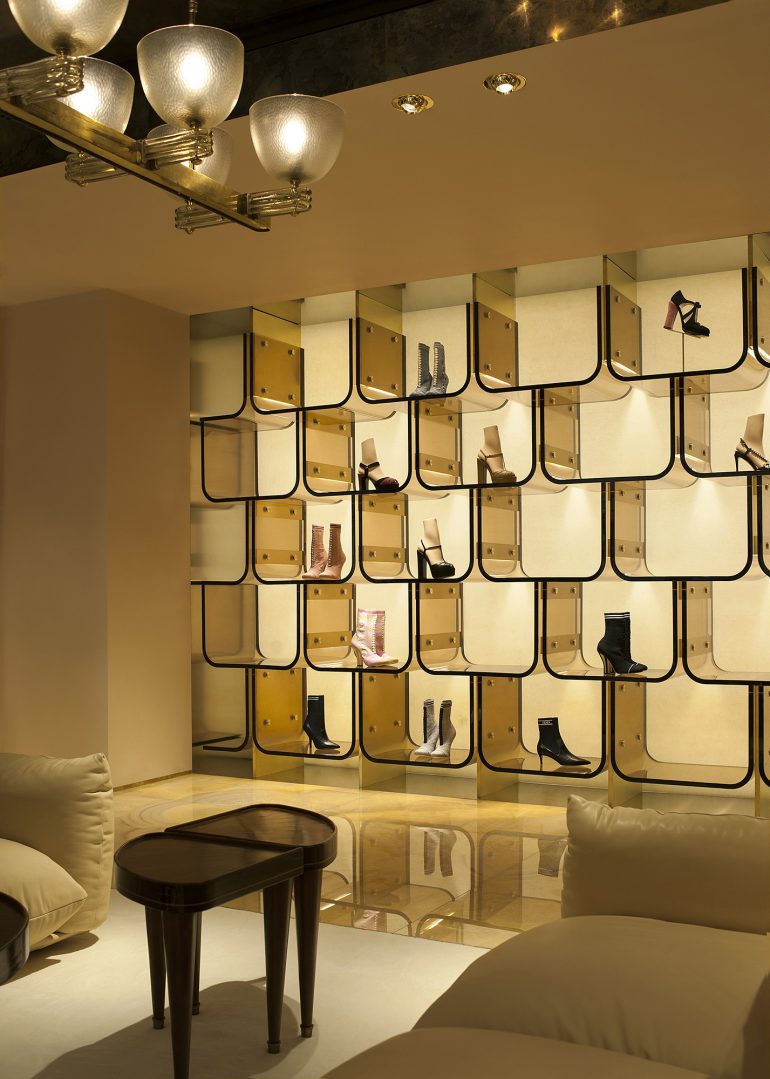 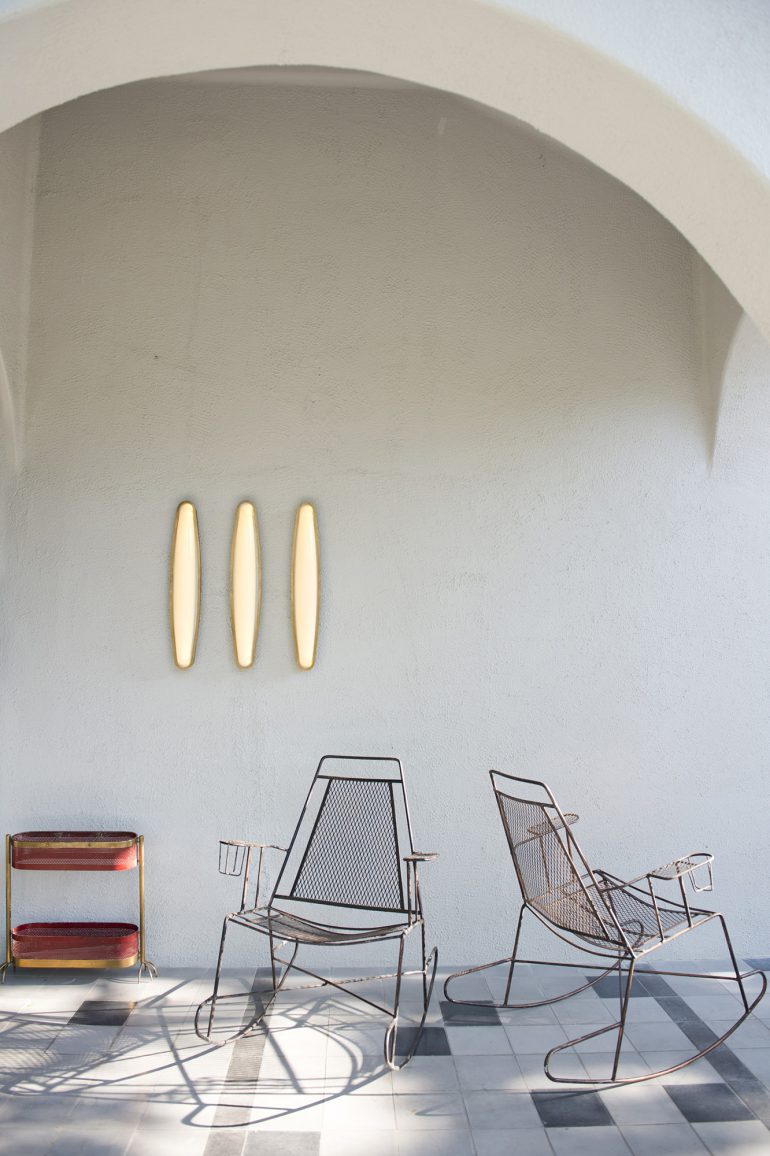 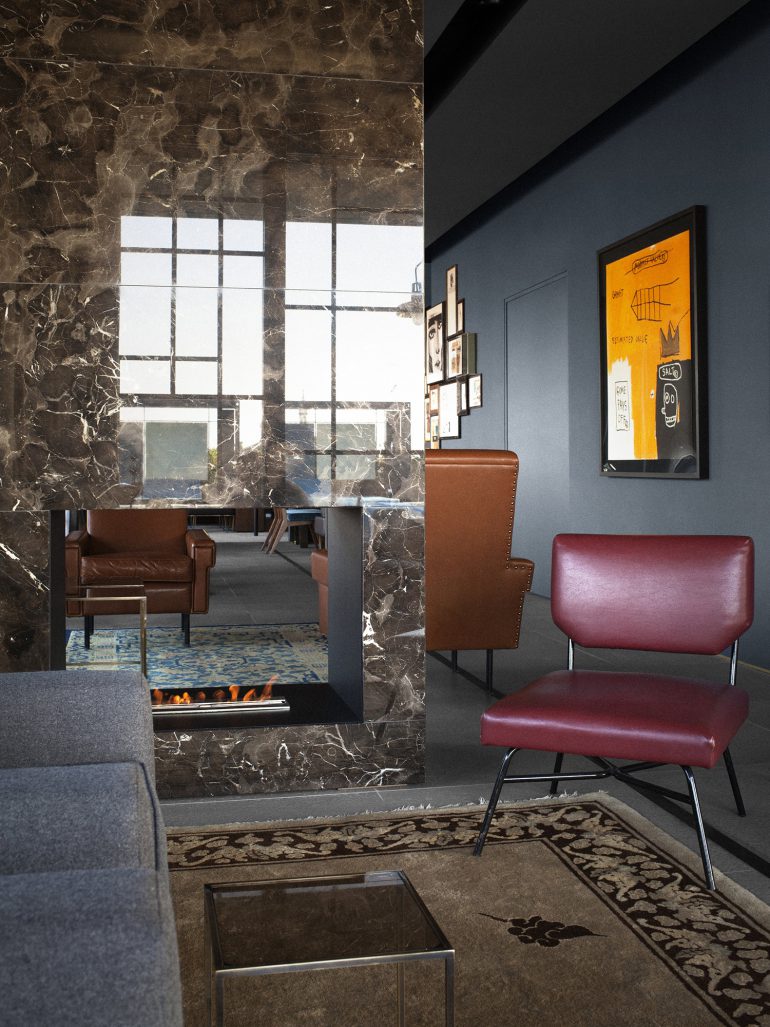 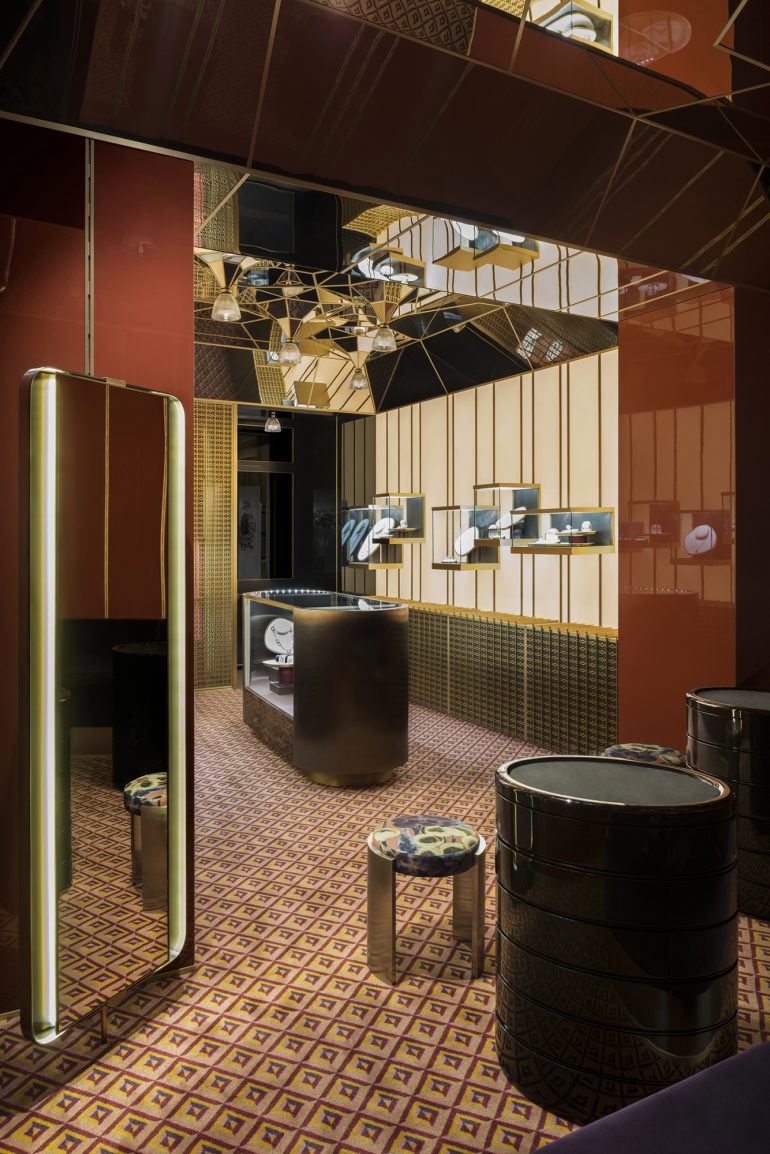 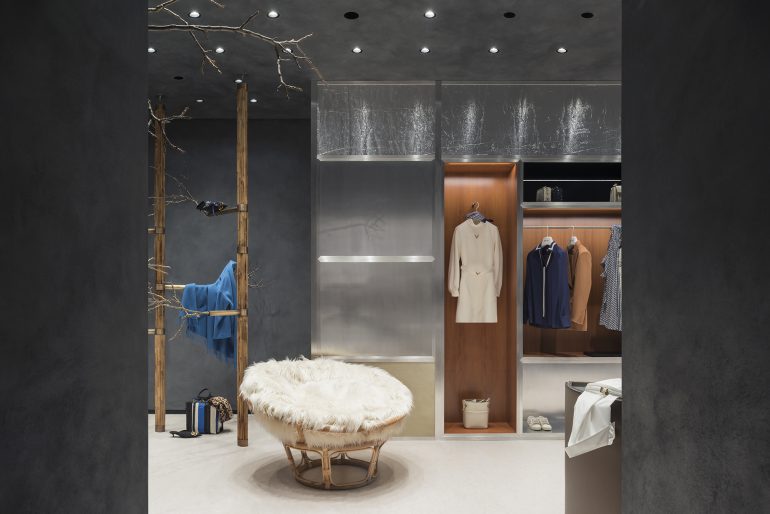 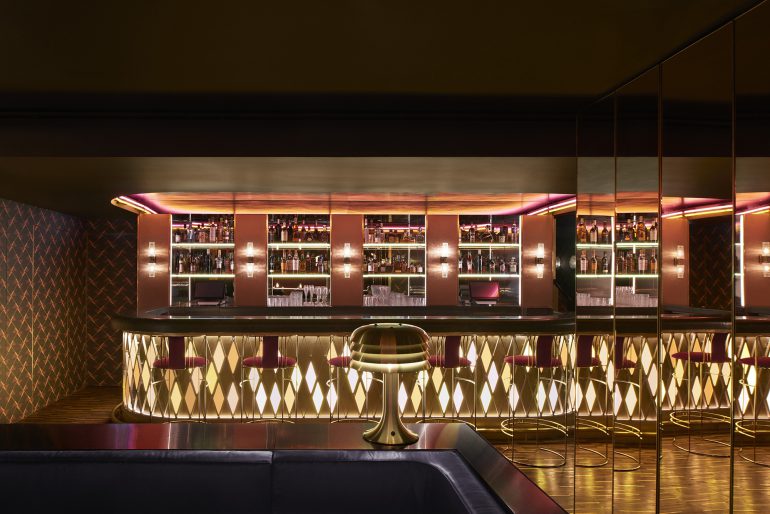 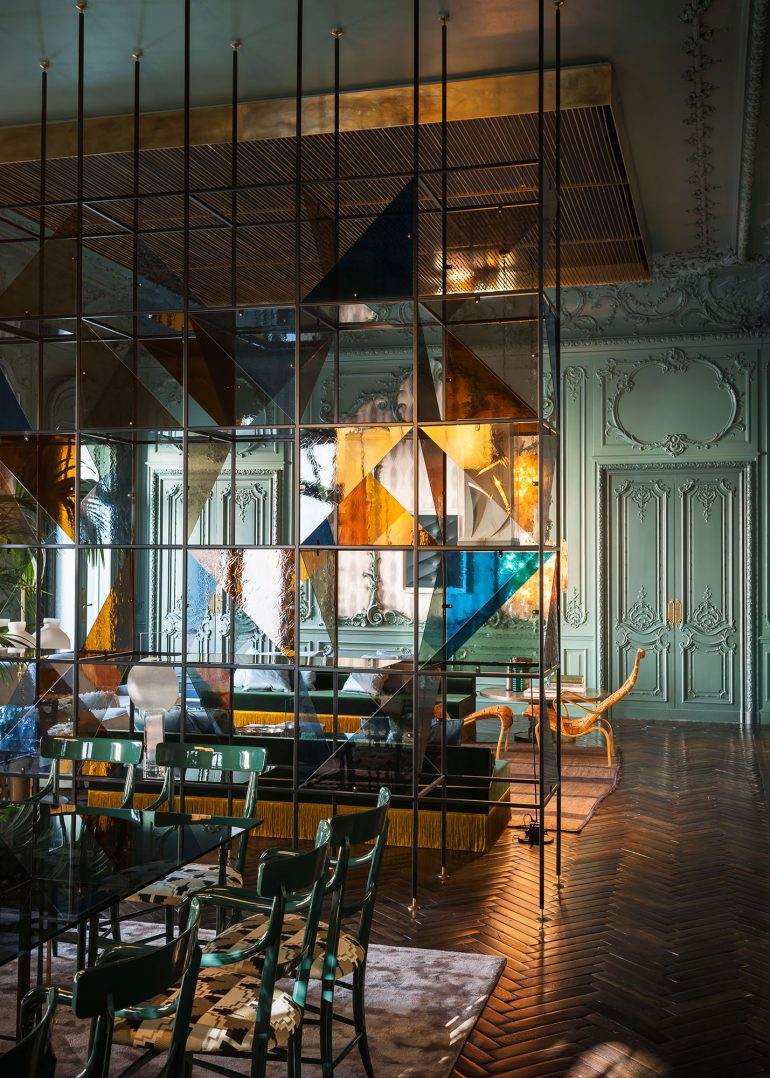 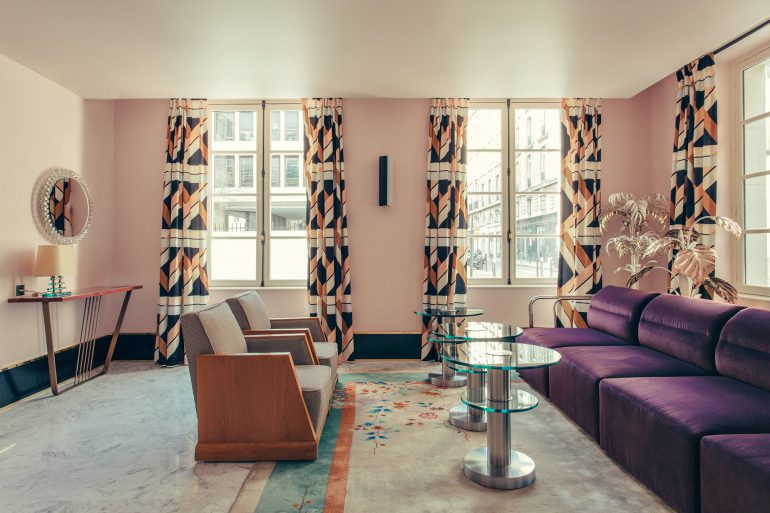