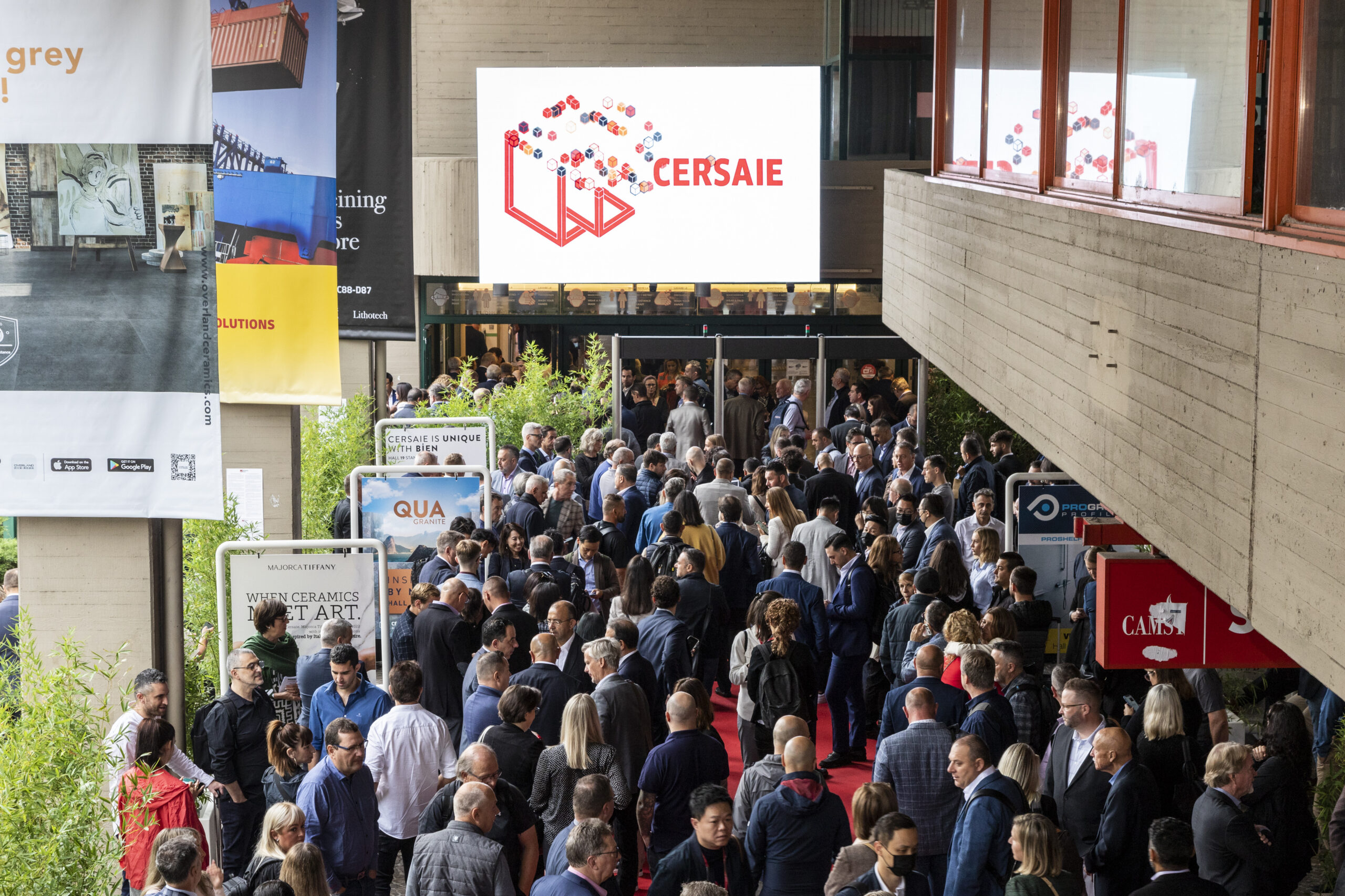 Cersaie, the International Exhibition of Ceramic Tile and Bathroom Furnishings, this year reached its 39th edition: it was held at BolognaFiere from 26 to 30 September. A total of 624 companies exhibited in the fifteen fully-occupied pavilions of the Bologna Exhibition Centre – a total of 140,000 square metres of floor space – of which 354 were from the ceramic tile sector, 88 from the bathroom furnishings sector, and 183 from the installation, raw materials, new surfaces, and service sectors. An exhibition with a strong international connotation, confirmed by the 237 foreign exhibitors – 38% of the total – and the 26 countries represented.

Cersaie has, therefore, responded to the best expectations of the companies that have believed in the possibility of investing in the exhibition, to return to meet their customers directly, presenting the latest product innovations in stands of great visual and emotional impact. Cersaie 2022 recorded 91,296 attendees over the five days of the fair, an increase of around 50% compared to last year’s edition, which had marked one of the first returns of a major trade fair in the difficult post-pandemic period. This brings us close to the levels of 2019, when 112,340 admissions were achieved. Attendances from abroad at this edition totalled 44,215, or 48.4 per cent of the total, while there were 47,081 Italian visitors. Journalists recorded 458 total admissions, of which 226 from abroad.

Giovanni Savorani, President of Confindustria Ceramica, said, “I am convinced that the investments made by the 624 exhibitors at Cersaie 2022 have had the best possible return from a trade fair that has confirmed its national and international importance among distributors, architects, installers and real estate operators. Ceramic tiles continue to increase their share of international markets thanks to intrinsic product characteristics such as healthiness, hygiene and durability. Commitment to the sustainability of Italian ceramics was the leitmotif of the entire event and was also concretely reflected in the meeting held at the fair with regional and territorial institutions to monitor the progress and results of the district’s voluntary agreement on limiting emissions. The energy transition we have initiated must not be thwarted by the dramatic consequences of the crisis on the energy markets, which requires urgent action at a European and national level, as we were able to represent to the various politicians and institutions who came to visit us at the exhibition“.

Cersaie 2022 was also animated by a wide-ranging programme of events that Confindustria Ceramica’s Vice-Chairman for Promotional Activities and Trade Fairs, Emilio Mussini, summed up as follows: “More than 2,000 participants took part in the four meetings of the ‘build, live, think’ programme, 23 press cafés were held via live streaming and presence over the five days of the fair, and we recorded a continuous flow of visits to the City of Laying. Over 200 operators from Europe, North America and the Gulf area made up the Cersaie Business delegation, made possible thanks to the valuable collaboration with MAECI and ICE“.

Cersaie 2022 continues until 7 October with Cersaie Digital. The next edition of Cersaie will be held in Bologna from 25 to 29 September 2023.

Find out more at: www.cersaie.it 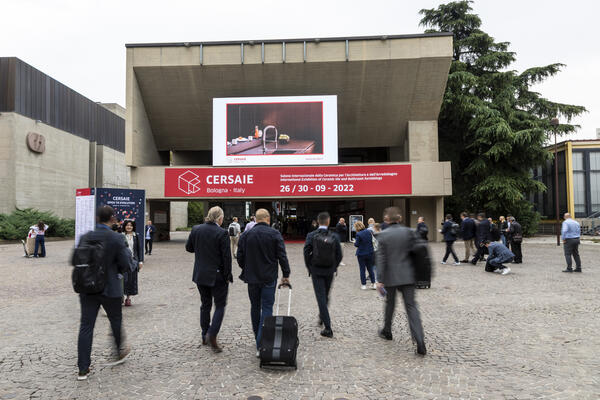